I'm writing a multi-view synthetic dataset generator and I want to save my rendered images as multi-layer EXR. I have a basic Python script that loads a template file with the compositing nodes below, append an object and renders from different views by varying the camera position.

When I render a scene in Blender, I get the desired result: a multi-layer EXR image with denoised colors, raw normals and clipped depths. However, I cannot find a way to render to the File Output node in Python, since scene.render.filepath is different than nodes['File Output'].base_path. When I call bpy.ops.render.render(write_still=True), I get a multi-layer EXR that essentially ignores my output node and just uses the value in Output Properties. This is true even if I remove the denoising node.

Is there any way to render through the File Output node in Python? Is my Composite node actually correct? I need compositing because I want to use the denoiser to reduce render times. Both scene.use_nodes and scene.render.use_compositing are set to True in my code. 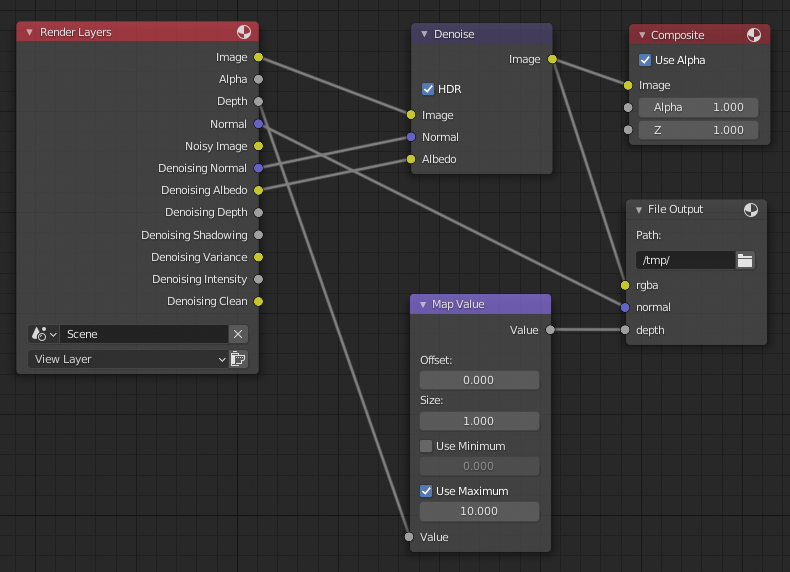 In order to change the path of the output node you would have to set OutputNode.base_path. Make sure RenderSettings.use_compositing as well as Scene.use_nodes is enabled. Tested against the following node setup successfully: 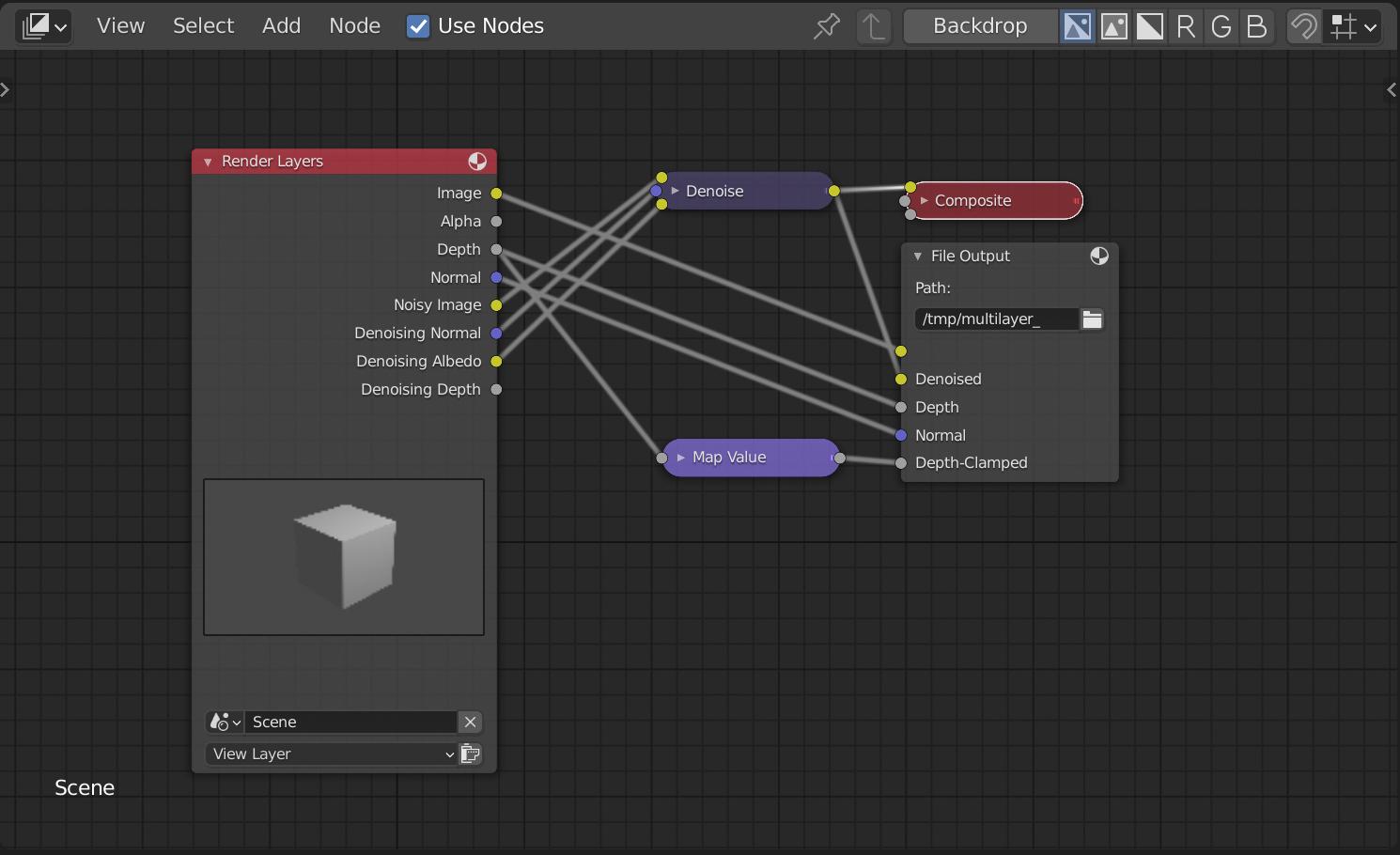 Related: How to properly connect the Denoise node in Compositor? 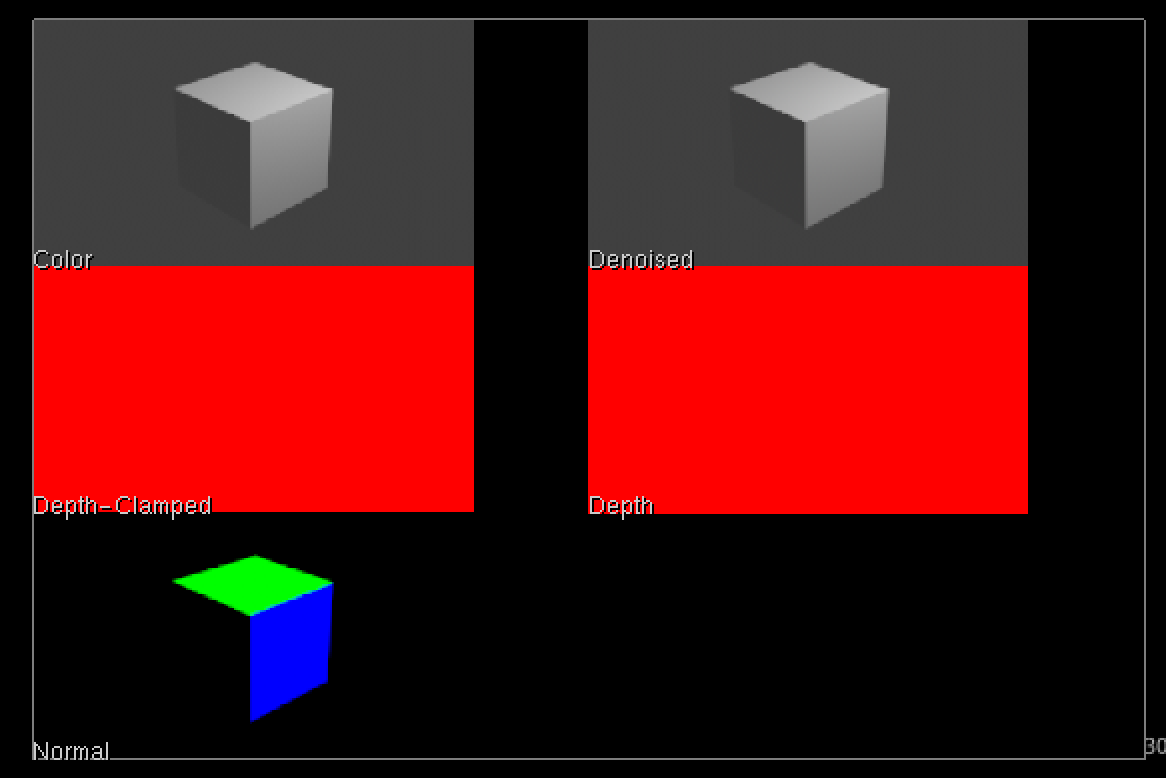 Not the answer you're looking for? Browse other questions tagged python node-editor .exr or ask your own question.

7
How to properly connect the Denoise node in Compositor?
0
Access to Render Passes with Python
0
Automatically detouring rendered items?

1
Blender Python path directory for file output node
2
Compositing: When using Alpha Over node, only one render layer appears!
2
Problem rendering at the end of rigid body animation with script
2
Compositor nodes are ignored when rendering the classroom or the barber shop demo files in Blender 2.8
2
How to exclude passes from EXR file when using the denoiser node?
4
How do I rotate a Multilayer EXR file in Blender's compositor?