How to display patterns on an LED cube?

I'm trying to render a test for a large scale LED cube, and it would be cool to light it up virtually. I can't think of a way to add textures other than on the surface of the LEDs themselves (i.e. all of them being one colour, as opposed to some being the default plastic shaders and others being emissions). Currently, all balls are set to a procedural transparent plastic texture. What I want is for some balls to illuminate entirely and others to be off, like an LED cube, but in a definitive shape, like a lotus or wave. Rendered in cycles.

This is the cube for testing: 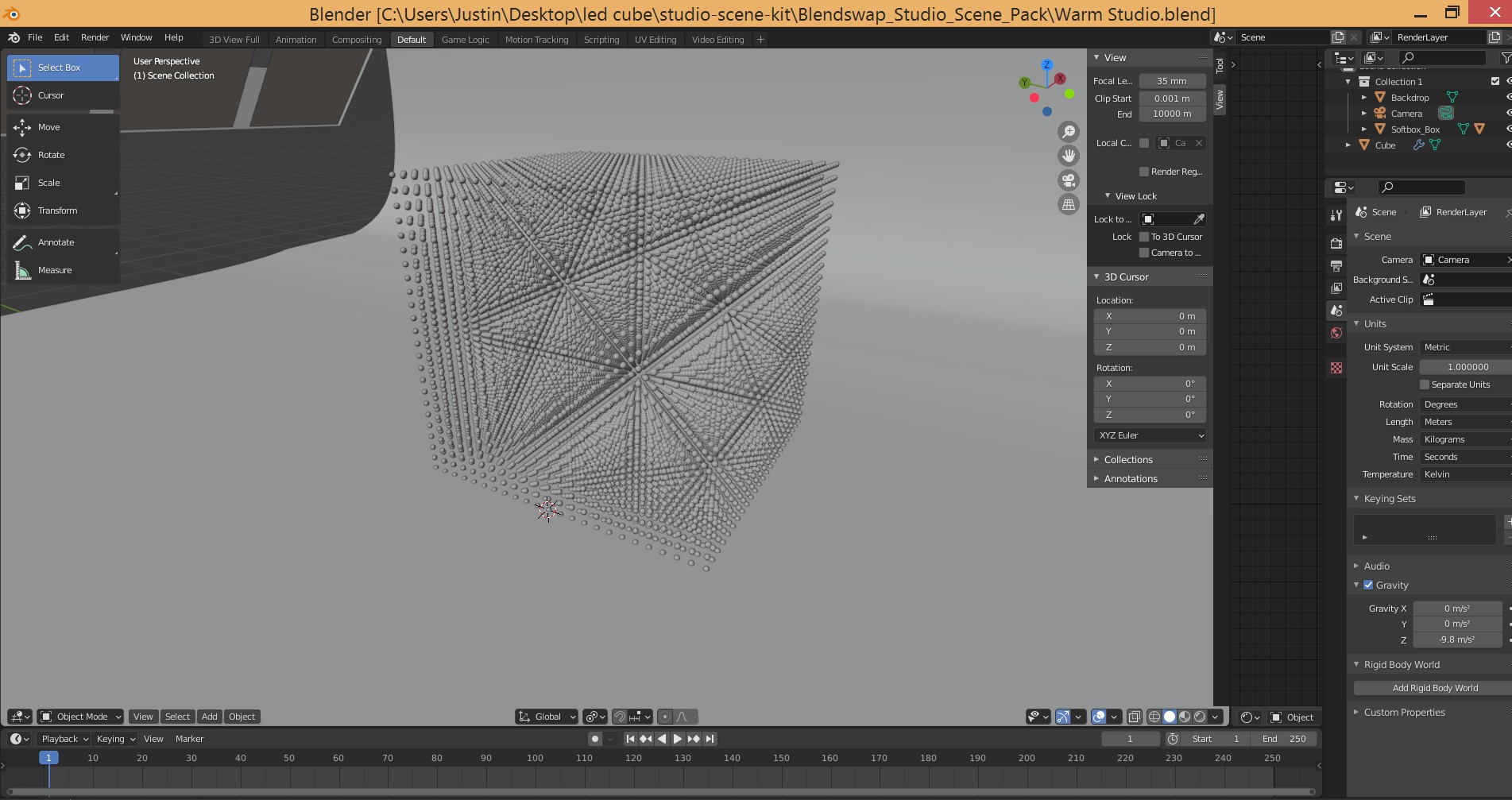 This would be an example of a shader effect that shows pixel for pixel an accurate image like this lotus: 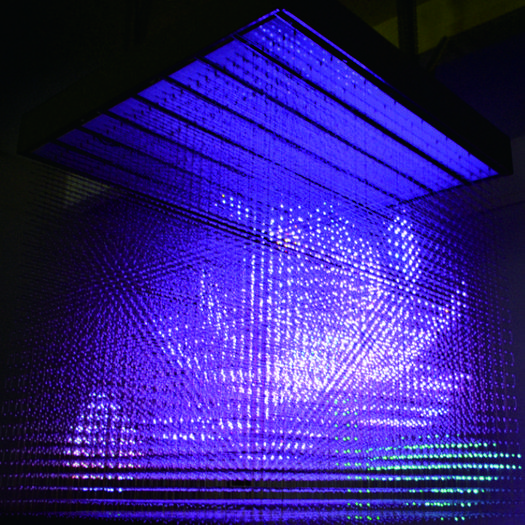 So pretty simple solution actually...I basically used an object (in this case icosphere) inside the cube and gave it an emission shader and used the boolean modifier set to intersect with the cube. Not perfect, but did the job somewhat reasonably. 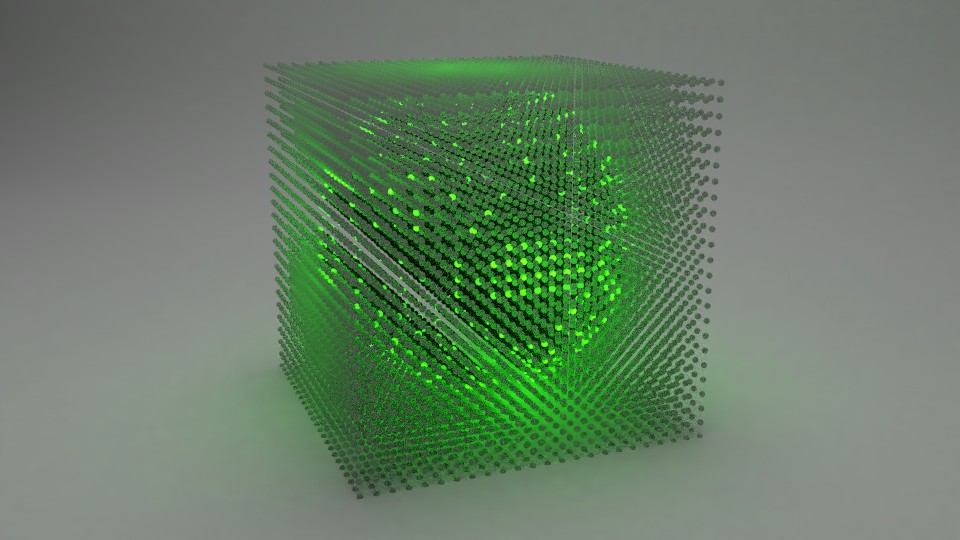 37
How to give an image or video a TV screen effect?

2
Moiré patterns in viewport but not in render?
19
Unwanted patterns in texture from repeated, seamless image
7
How can I change the Render Regions background display mode?
58
How do I create repeating patterns with cycles' procedural textures
9
how to make a realistic sugar cube material?
4
Choppy Display in Cycles
2
How to reproduce a smartphone cover material with some specific reflection patterns
6
How to make a shader that applies this effect to each face of a cube?