I have 2 objects. I want to put the dome right on top of the cylindrical ring.

How do I do this so it's pixel perfect? I need to do this for 3D Printing purposes.

Later I plan to join them together the two objects. I'm not sure how to do this either so their geometry connects?

I have tried snapping but it doesn't seem to do anything even when I try to snap on faces. I'm not sure what I'm doing wrong so any help is appreciated! 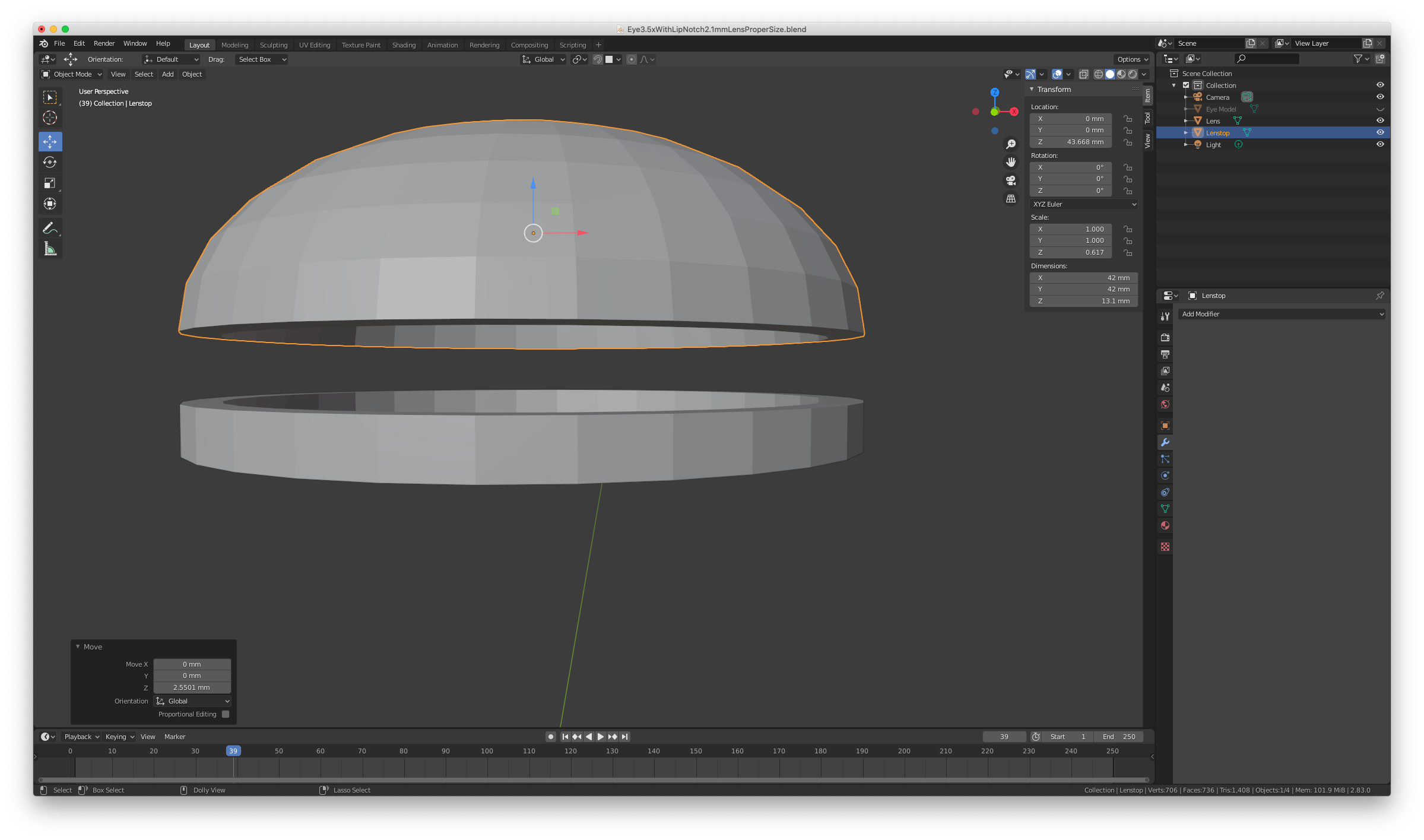 I should note the two objects have diameters and thickness that are identical.

It looks as though your objects are aligned. In that case:

(If the objects are not aligned on the Global Z, create a Custom Orientation from one of the rim faces, and use the Z from that.)

Now you have your object-rims exactly coincident.

Later, you want to join the objects into a single manifold mesh.

This will leave you with a ring of internal faces. You can either:

EDIT in response to comments:

I can't be sure of the source of the mismatch between the dome and the ring, but it might be this: 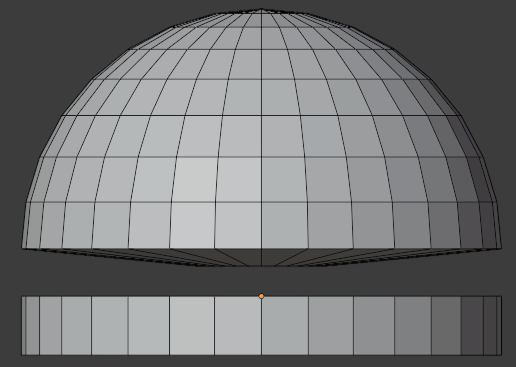 This is the result of modifier - Solidifying a hemisphere. Note the inner circumference is lower than the outer.. not in the plane of the equator. Solidify is using the average face-normals of the ring to the immediate north, but there is no counterbalancing ring of faces to the south. If you solidify while the sphere is intact, and cut it after applying, this doesn't happen, or you could scale the rim to 0 in Z about one of the outer vertices, after applying the modifier.

In general, for modelling that isn't ultra-precision, I would turn up the merge distance to the minimum that merges the vertices I want to, bearing in mind I can restrict the merge to selected vertices. This is the usual case for me, thinking like a carpenter rather than an engineer, taking the 'measurement' of a length or angle, simply by copying an existing part, risking the propagation of small errors, to get a match.

For precision modelling, (where perhaps you should be in CAD anyway,) I would keep the merge distance to an absolute minimum. Unmerged vertices will then alert me to an error in measurement, somewhere.

I've been doing this quite a bit lately, but BEWARE, I'm very much a newbie myself, so hopefully you'll get better answers from others. To join that dome to the cylinder here's what I would do.

Many times, like when you use booleans, you will sometimes get 0 vertices merged, and it's ok, because there weren't any vertices on top of each other that need to be merged. But it this particular case you know for a fact that there are going to be vertices on top of each other because you just finished joining the circles at the bottom of the dome to the circles making up the top of the cylinder. So there has to be some overlapping geometry there.

You can keep changing the merge distance until you click on something. If you do a merge that fouls things up, there's always Control-Z to undo it.

Once you've finished, and the two copies are now one piece, it's finally a good time to rename your new object.

Not the answer you're looking for? Browse other questions tagged objects snapping or ask your own question.

12
Snapping two objects by edge in Object Mode
2
How do I snap two similar geometric shapes to each other with rotation and scaling?
2
Snap two objects face to face in object mode?
3
How to snap and align 2 objects
0
How to align and snap objects?
11
Create arches to form dome on ring shape
3
How to calculate movement of a radius of one sphere to intersect another sphere and create a specified distance for the intersection