EDIT: I pasted a copy of the code for convenience.

I have a question about the halfway vector between the camera and light vectors giving odd results in my shader. I included screenshots of my OSL code, in case I may have got something wrong there.

I've been playing around with OSL, trying to understand lighting and shading more and using this site https://learnopengl.com/PBR/Theory as a sort of guide to help me. I had to do some hacks to compensate for blender's OSL limitations, but most things have been going okay-- until I tried to display my halfway vector. When I plug the halfway vector into the fresnel-schlick equation (used from the link to learnopengl), I get a flat wash of my base reflectance (variable 'f0' in my code). This can be seen in the first picture.

however when I swap the half vector for the surface normal, I get what I would expect the fresnel to look like.

My question is, shouldn't I get a similar result when using the halfway vector? And shouldn't that be more "accurate" according to the fresnel-schlick approximation?

Thanks for any help and insight in advance!

EDIT: I pasted copy of the code for my fresnel calculations here. The light_position, camera_position, camera_vector, and shading_position parameters are driven by other Blender nodes. Since my original post I had updated my shader in other places, but I tried to simplify things here to only included things related to my issue with the fresnel. 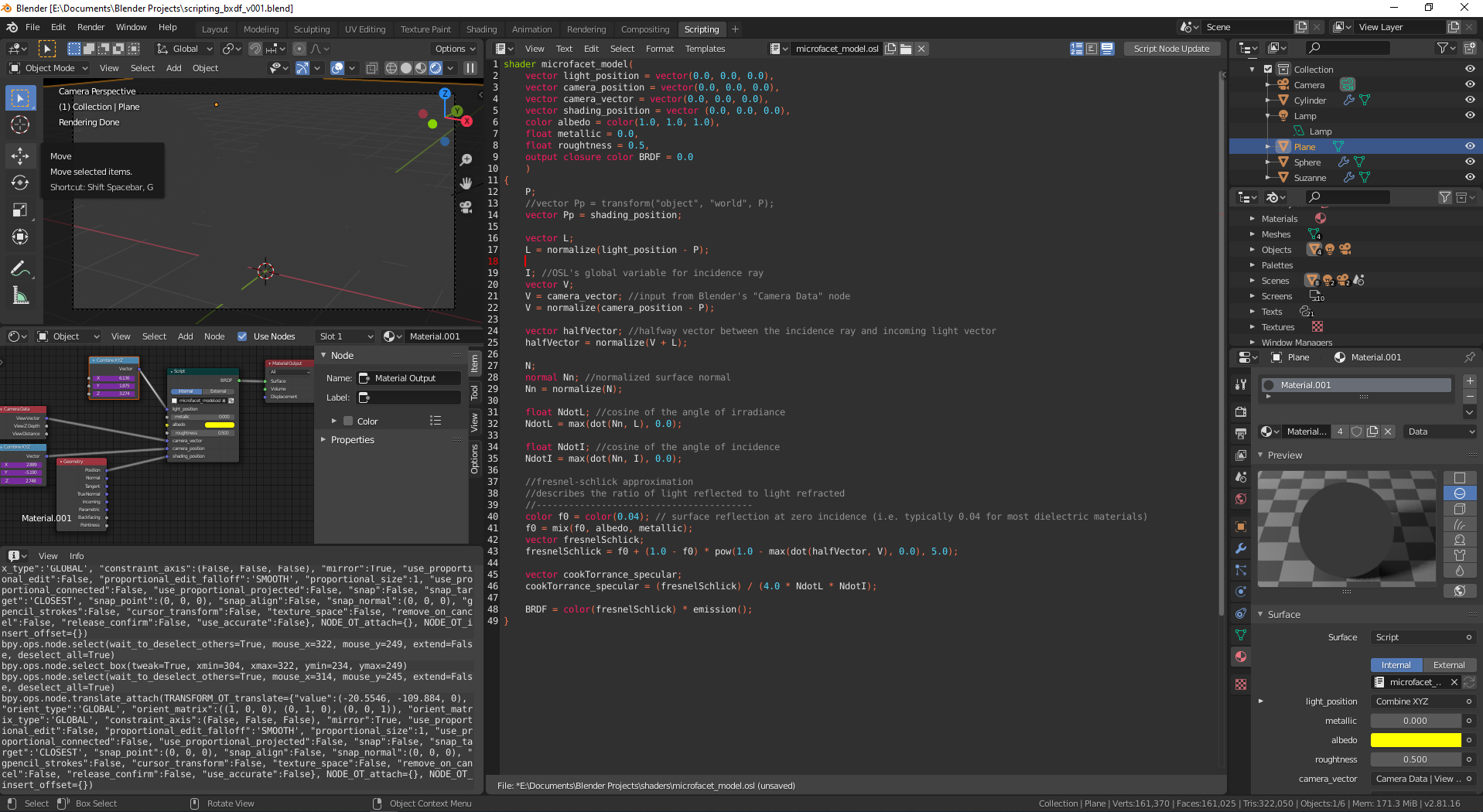 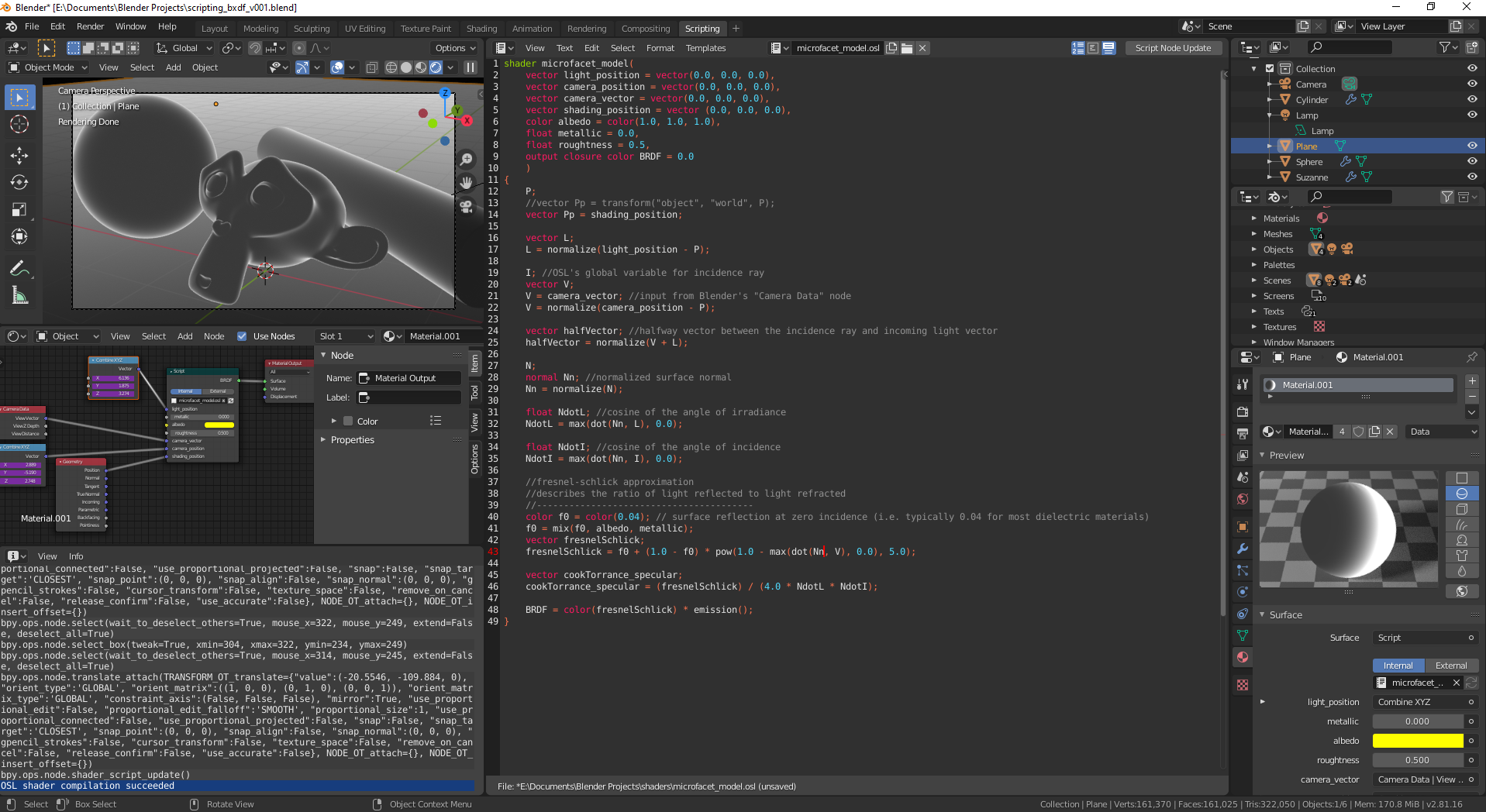 Browse other questions tagged scripting shaders lighting osl or ask your own question.