I am designing a Galton Board, so I have a group of marbles, which are active rigid bodies, and then I also have a bunch of rectangles, which the balls are supposed to hit and then veer off.

And while this does happen to most of the balls, some of them either enter one of the rectangles on impact, or make it to the very bottom and fall through the floor.

Here I have an image of one of the frames: 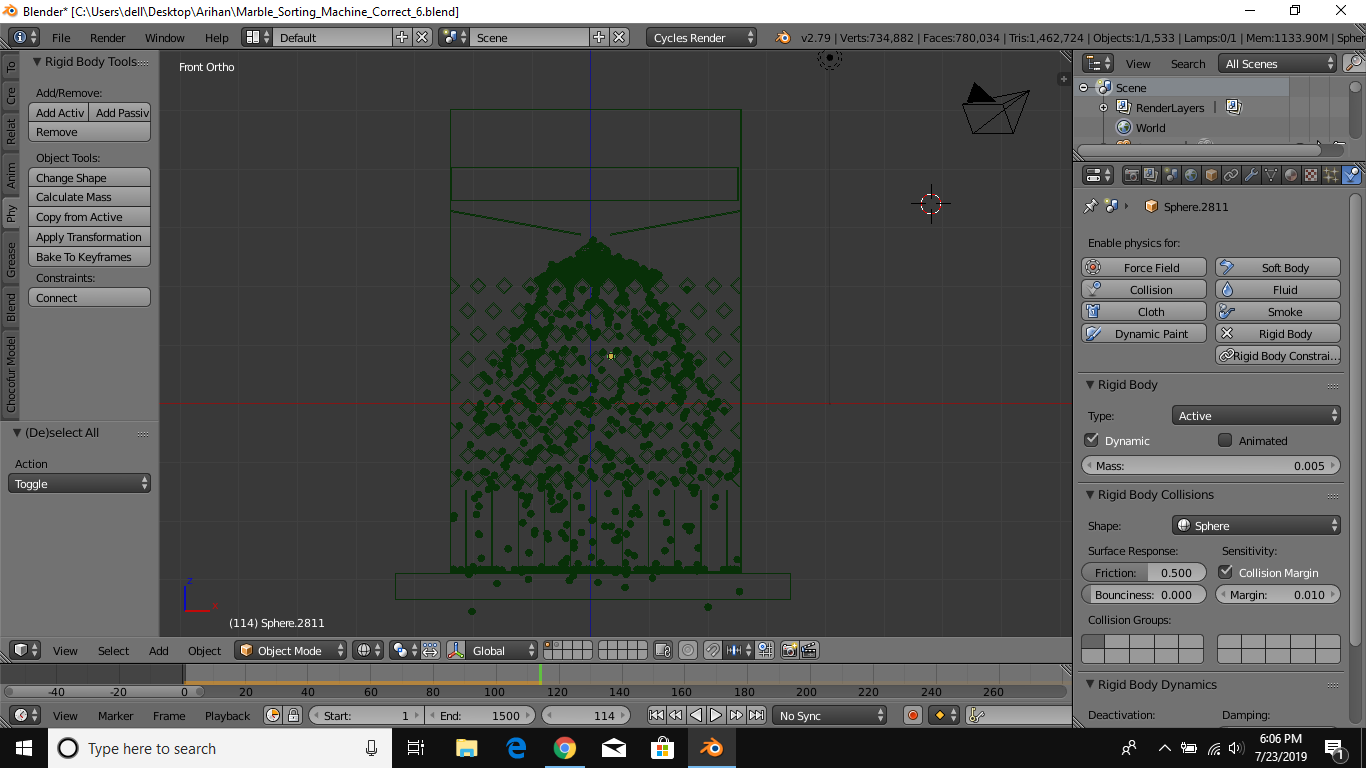 The small rectangles represent the things off off which the balls are supposed bounce, and the tiny congested spheres represent the marbles. The panel on the right displays the physics settings for the balls.

As you can see, some of the balls are falling through the floor; while others have entered the rectangles.

And now here I have an image of the physics for everything else: 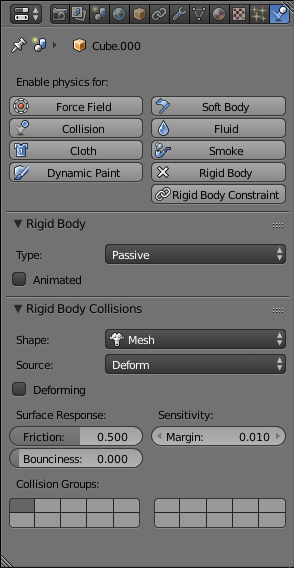 Extra Notes/Details: All of the marbles share the same Physics, every other object shares the same physics (they are passive & different from the marbles' physics), the scale of every single object is applied, and also that all of the objects except the marbles have a solidify modifier applied to them.

Blender Version: 2.79b, although I'm sure that this problem can be reproduced in Blender 2.8 as well.

Try to compose the collision of simpler collision shapes like spheres and cubes. Mesh collisions are expensive and unreliable. You can also try to increase the Rigid Body World to have more Steps Per Second. Sometimes you need to remove and recreate the Rigid Body on the problematic objects.

And yes, the problem should be independent of the version, especially with this close of release versions. It's more of a can blenders physics calculation catch if there is a collision problem.

1
Rigid bodies passing through
2
Rigid body not starting as deactivated
0
Rigid body objects not interacting with animated deforming mesh
7
How to remove rigid body setting from all the objects?
0
How to get rigid body to collide with inflated soft body?
1
Rigid Body not working with Passive / Animated / Mesh / Deforming