When in Edit Mode for a Grease Pencil object, I can go to the Stroke menu at the top of the screen and select Subdivide. But this will always subdivide the entire Grease Pencil object. How can I subdivide only part of one stroke within the Grease Pencil object, specifically between two particular vertices? In the included picture, there are not enough vertices between the circled ones, but I can't figure out how to add vertices only to this area. What's worse, even if I give up and simply opt to use the blanket Subdivide option (hoping to get more vertices where I need them even as I'm forced to add more of them where I don't), it seems that vertices are still not being added in this specific region. Why is this? What am I failing to understand about how Grease Pencil geometry behaves? 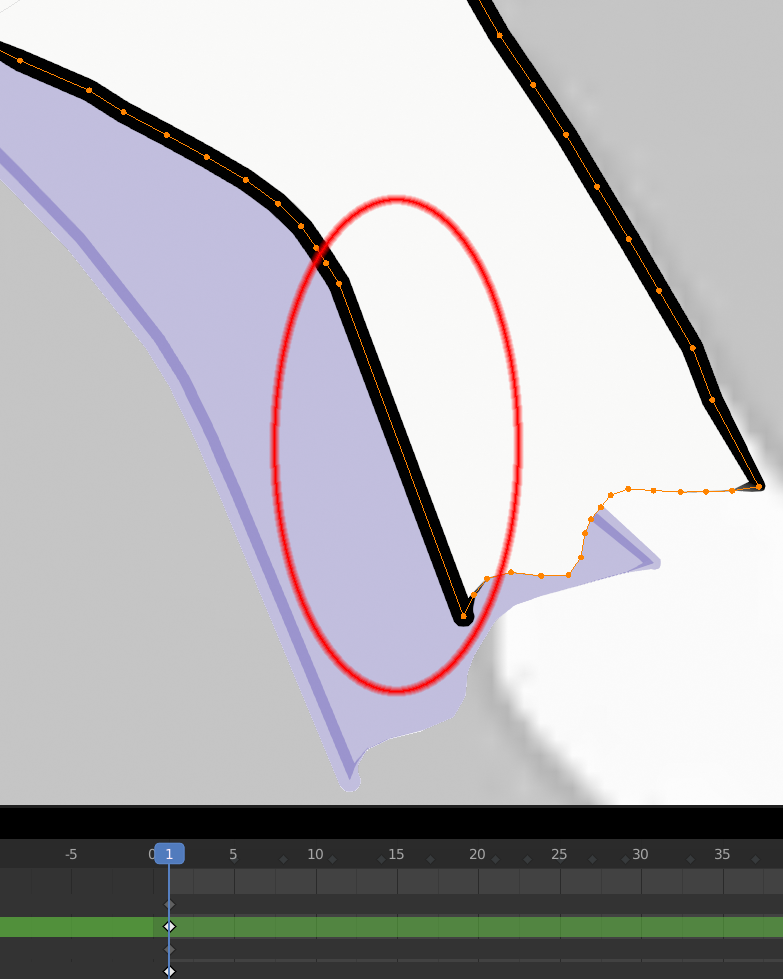 Select only two points where you want to subdivide, and select Stroke > Subdivide.

Or just right click on the context menu and select subdivide.

Note that you can modify the settings for the tools and the post processing for the draw tools to get better detail and optimize how control points are distributed on the drawn lines. 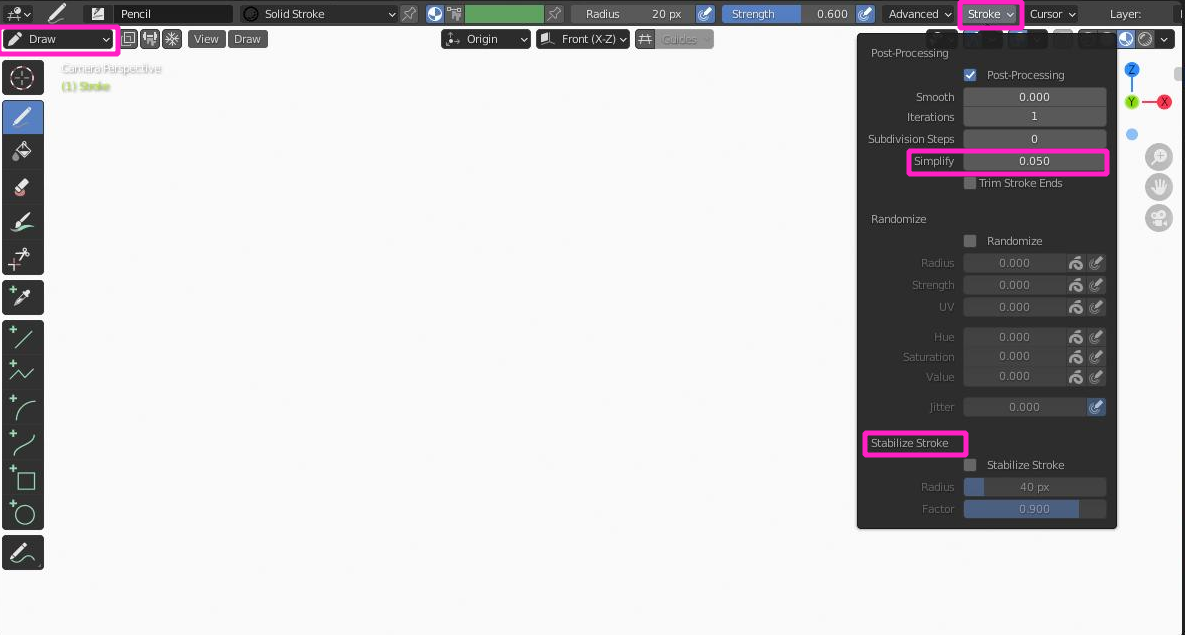 After some experimentation, it turns out that enclosed grease pencil objects, such as those which can be created with either the ellipse or the box tools while in Draw mode, have some curious quirk which prevents the Subdivide option from working properly on every edge of the stroke. Subdivide works for all but ONE edge. I'm assuming that this one edge, which cannot be subdivided by any conceivable means, is the edge that defines both the beginning and the end point of the stroke. Still, the behavior is curious and unexpected. To repeat the steps needed to see this problem, create a Grease Pencil Object and add to it an ellipse or a box. Go into Edit Mode and then select all vertices. Then, from the Stroke menu at the top of the screen, select Subdivide multiple times in a row. You will see that subdivisions happen to all edges except for one. 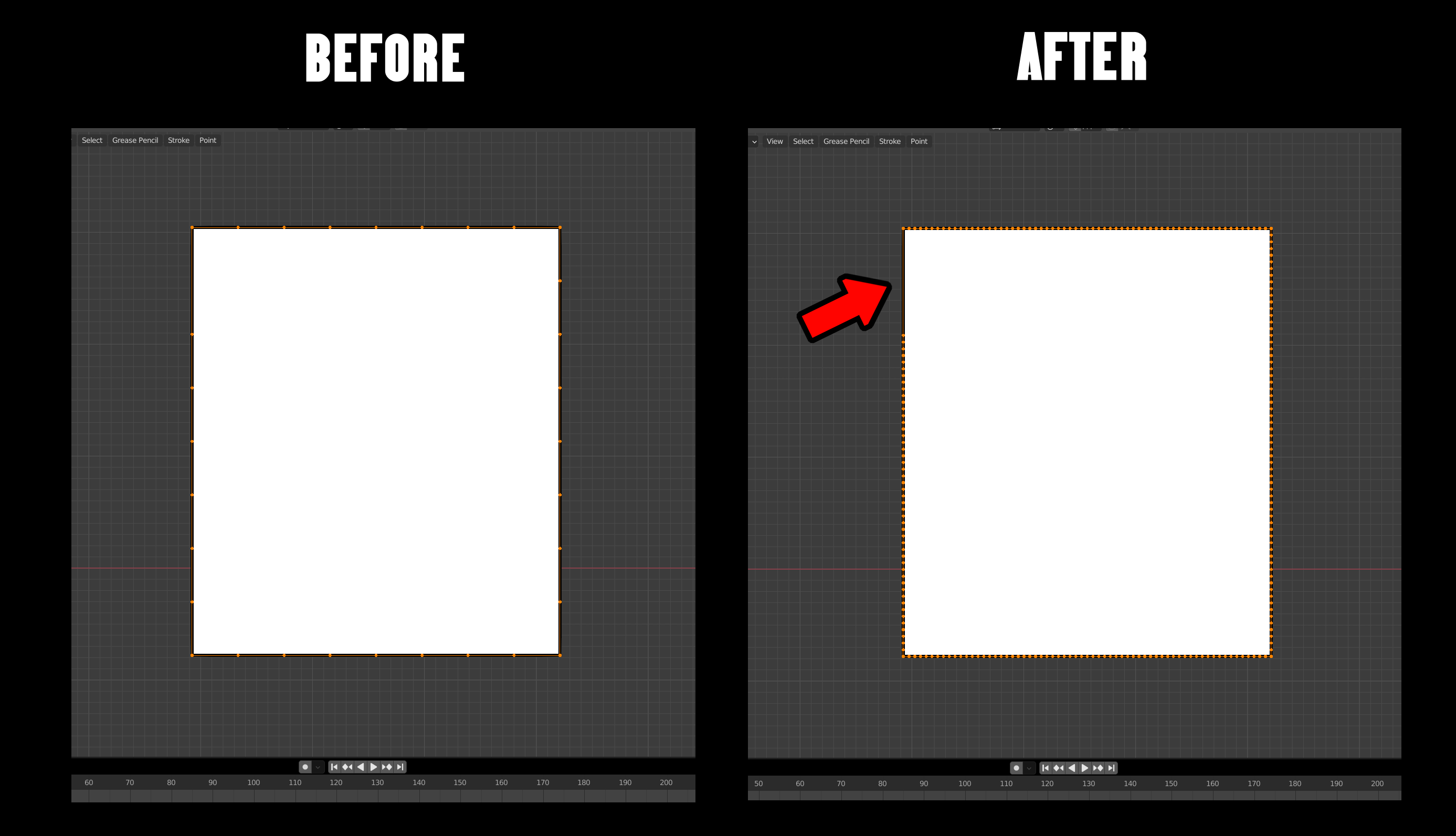 This explains why it is that sometimes I was able to subdivide an edge within a stroke, and other times I was not. What was happening was, in the course of continuing to edit my stroke and move it around in Sculpt mode, this single stubborn impossible-to-subdivide edge would eventually end up in any random location within the stroke, but without me knowing it even had this strange behavior. Occasionally settling on this one stroke as being the one that I would like to subdivide is what revealed the curious behavior, and also what made that behavior appear seemingly random. I still don't know why there is always one edge which can't be subdivided. But at least I now know why I couldn't subdivide Grease Pencil edges when I thought for sure I already knew how to do it.

Not the answer you're looking for? Browse other questions tagged edit-mode grease-pencil or ask your own question.