Using a video from the Video Sequence Editor in the Movie clip editor?

So what I want to do is track a video that I have edited in NLE, but when I click on the movie icon whilst in the Motion Tracking layout, the list is blank. 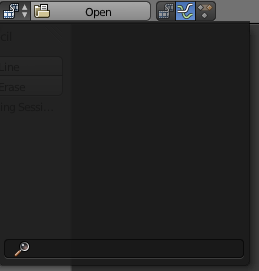 Blender uses a fixed pipeline for rendering the VSE is part of this process. The movie clip editor let you track movies that can be used for modeling, compositing or sequence editing. Movie clip editor is an input for the rendering process.

It is a common mistake people want to do this the other way around, but that isn't possible. Another analogy is the chicken and egg problem. Which of the two came first. For blender (and any other render engine) this is solved by having a hard cut-over moment. Everything after pressing the F12 cannot be used by something before the F12 button in the same scene.

The render pipeline consist out of Render an scene => Render Compositor => Render VSE => Write image. This is a simplistic version of what really happens but suits the question.

If you want to track a video that is rendered you need to create a second scene where you load the rendered result in the movie clip editor and start tracking.

Not the answer you're looking for? Browse other questions tagged video-sequence-editor video tracking or ask your own question.

0
MovieClipEditor : Load frames using a script when filesname are not enumerated

6
My markers in the movie clip editor keep "moving" around - what gives?
2
How can I render a sequence created in the video sequence editor?
7
vertices tracking: movie clip editor
1
Movie clip editor playback problem
1
Can I use VSE result in Movie Clip Editor?
0
Camera tracking; movie clip does not show up as background footage