I currently have a script that scales total length and selects and scales vertex groups of a "whale" mesh. I noticed that the output when scaling vertex groups by a particular scaling factor does not result in the desired size (in terms of sum of edges within the vertex groups) and realized this was because I had to set the 3D cursor to the center of the groups (since I used a mirror modifier the center of the vgroup is really in between two vertices that I will note in the below code). However, since I have to run multiple iterations of this I need to use python rather than scale it manually, however I haven't had much luck figuring out the best way to incorporate this into my code. Does anyone have any thoughts?

To provide a visual: 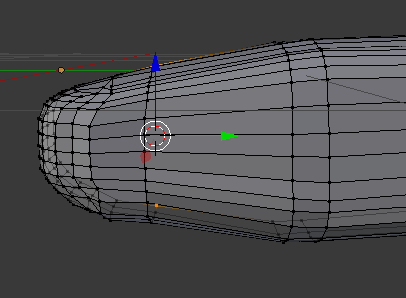 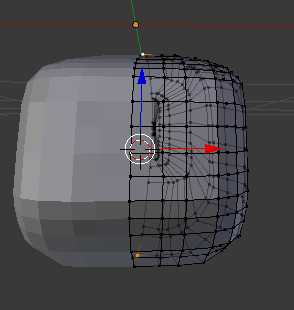 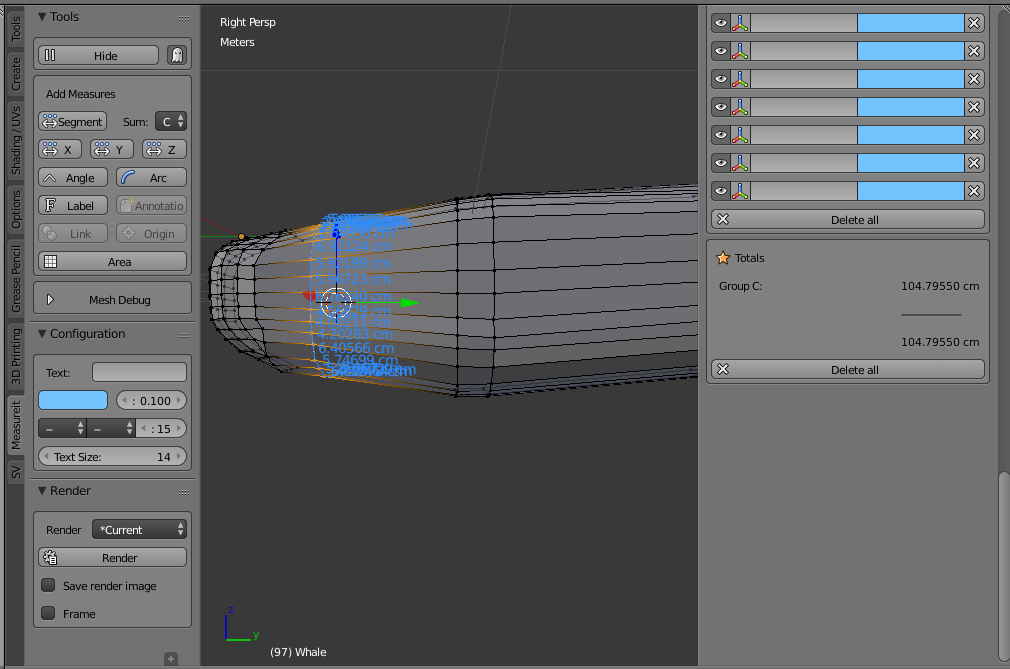 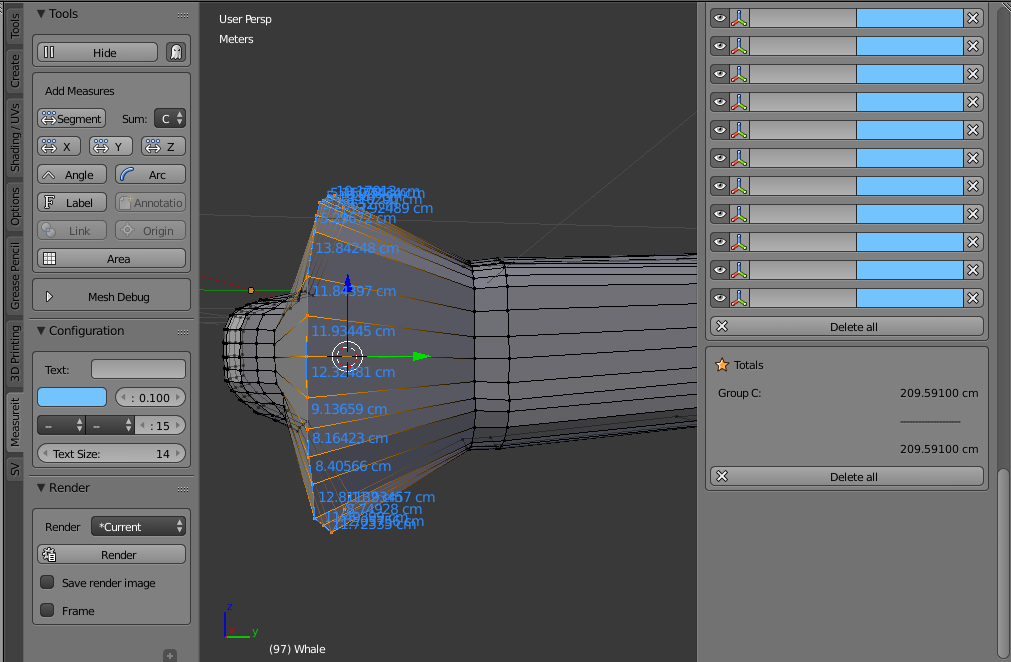 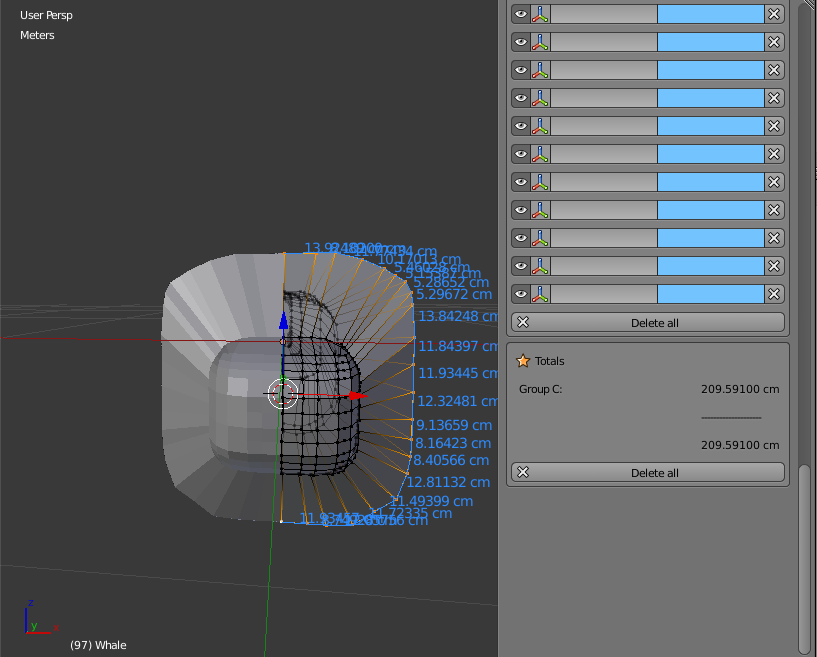 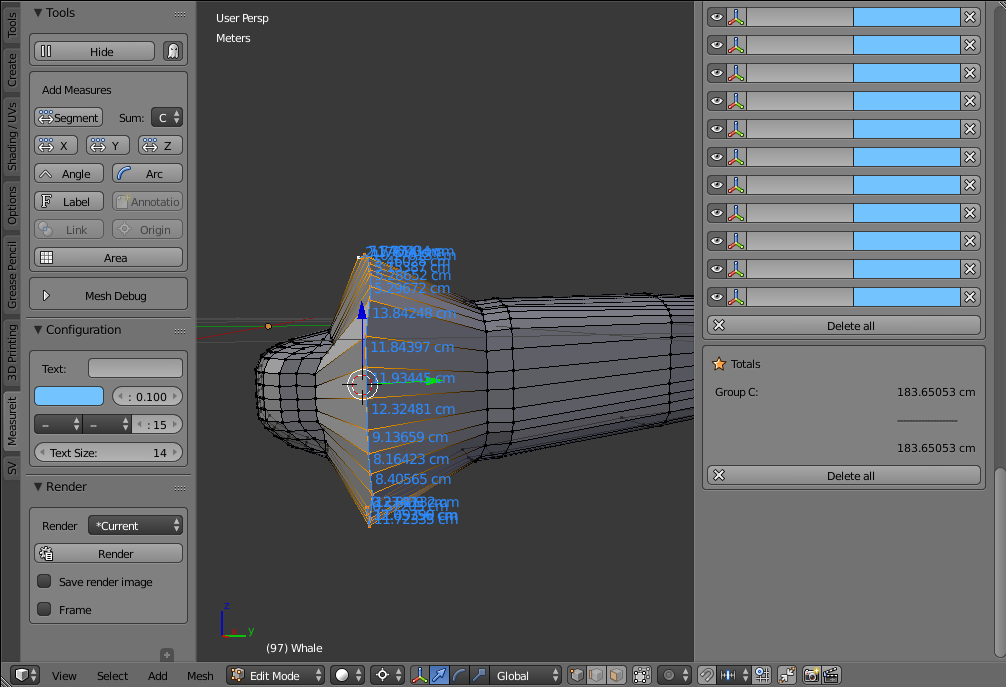 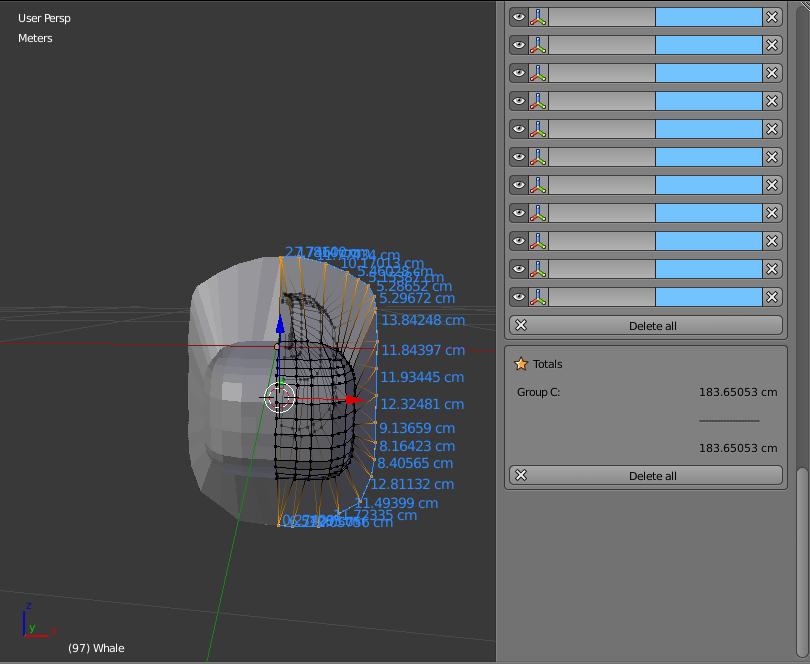 If you want to take a look at the problem as a whole the code is as follows (for the sake of ease this code is only representative of one iteration and the sfac and total length values are simplified numbers):

I assume the code that needs to be inserted would look something like this:

However, I feel that there may be an easier way to loop through this/I'm still not sure of how to actually set the cursor to said location. I hope you guys can help me out! I apologize if the code is a bit messy, I'm very new at coding, particularly for Blender.

Having looked into a few incarnations of your whale questions, I previously suggested using an armature.

Part 1, cleaning the model and making the armature.

Here is the result, the base whale with a bone for each vertex group.

With all the bones selected, and with use individual origins selected as a pivot point centre, can "fatten up the whale" by a scale factor of 2 on each vertex group like so.

Test file to play around with to see if this approach suits your needs. If so comment and will add next step with (operator-less) bmesh code to take the measurements. Note: The whale length can be scaled via the armature object. To revert back to unity scale, select all bones in pose mode then Pose > Clear Transforms > Scale

Not the answer you're looking for? Browse other questions tagged python scripting vertex-groups 3d-cursor or ask your own question.

7
How are the Bones assigned to the Vertex_Groups in the API?
5
How to assign vertex groups and bone weights through Blender's Python API?
4
How to have consistent soft body physics in a specific area of an object using vertex groups?
1
How can I scale all objects in the scene about the origin using Python?
0
Resize vertex group using bpy.ops.transform.resize
0
How to transform (translate, rotate, scale) Vertex Groups using drivers?
1
I want to Transfer Weights from a Vertex or Multiple Vertexes one VG to Another in the Same Mesh Object using Python
2
foreach_get/set a mesh vertex group data?