How do I model this curvy spiral staircase?

Can't figure out how to model this curvy spiral staircase. I initially tried freehanding it, but to no avail. I tried to figure out something with curves or the screw modifier, but it didn't work.

It seems like there should be an elegant way to do this, but I can't figure it out. 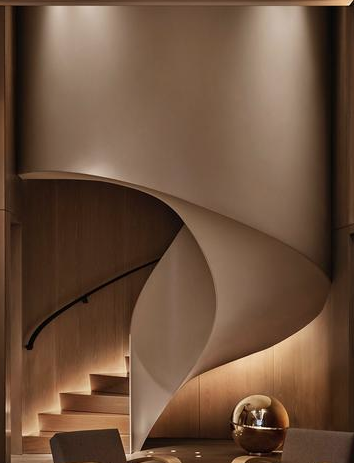 Well I think this is just supposed to be a spiral staircase, a fairly simple helix.

One way to model it would be to make a square "U" shape with three edges (e.g. delete one edge of a plane). Rotate it so it's as shown in the image below (make sure to apply your rotation) and you'll want to offset the origin, in Edit Mode, just select the vertices and move G them to one side, which will leave the origin in place.

Then just add a Screw modifier as shown. I have set the Angle to negative to get the helix to twist the direction I want. 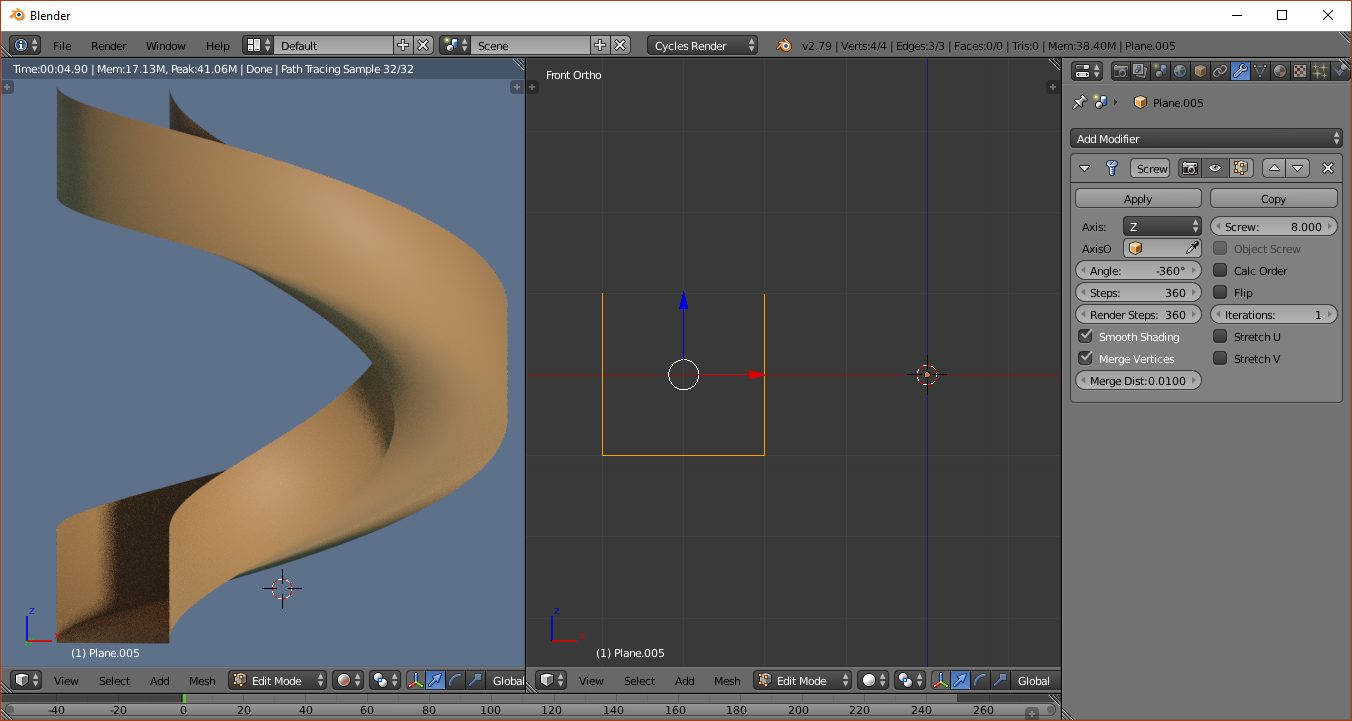 Edit: as per @Duarte Farrajota Ramos, an Edge Split modifier would be a good addition to distinguish between the sharp angles and the smoother surfaces. 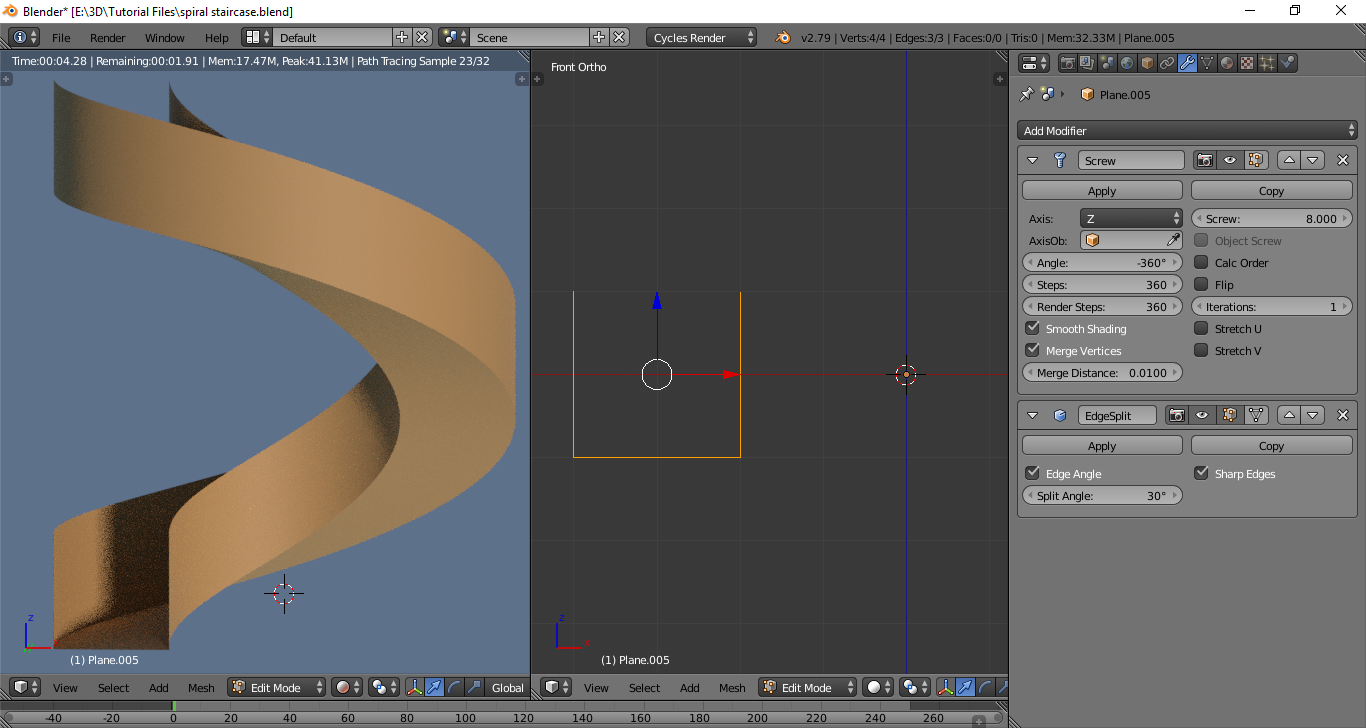 4
Spin around an object

34
Model a simple 3D spiral shape?
4
How to make spiral stairs
0
Curve Spiral creates unwanted result with mesh
4
How to model this particular screw?
1
Square-spiral path
1
Question on creating a spiral
0
How to make a plastic spiral zipper?
5
How to make a spiral lollipop?
1
How would you model this led strip?