I want to find a way to scale an array of objects along the curve, such that the scale of an object is proportional to the position on the curve, or can be adjusted along its length. 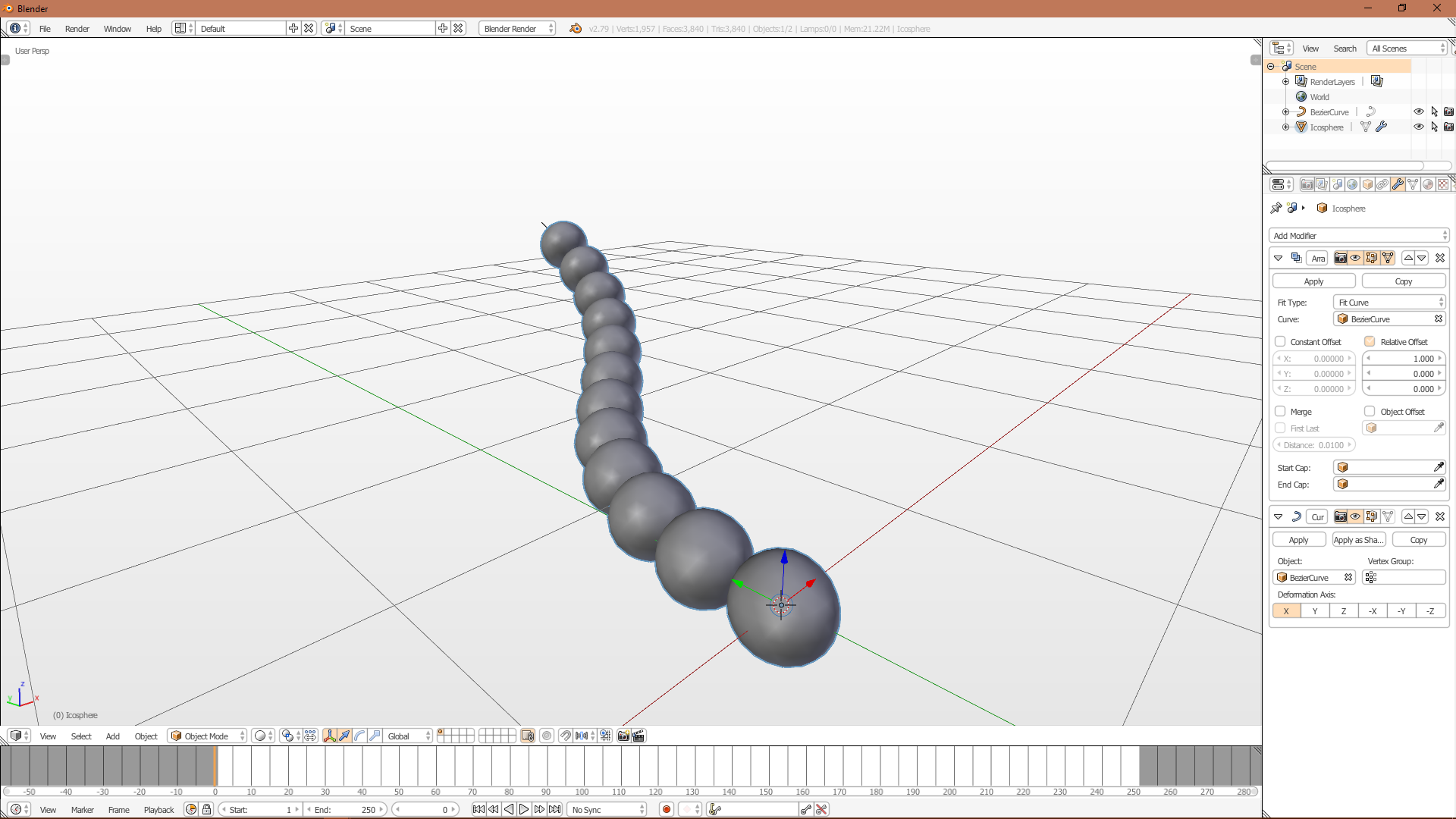 With my understanding of the Array and Curve modifiers, the object will be positioned based on its proximity with the next object in the array. I'm able to change the radius of the curve at its points and this does scale the array at that point, however only at the axes not following the curve, so this produces ellipsoid at that point. 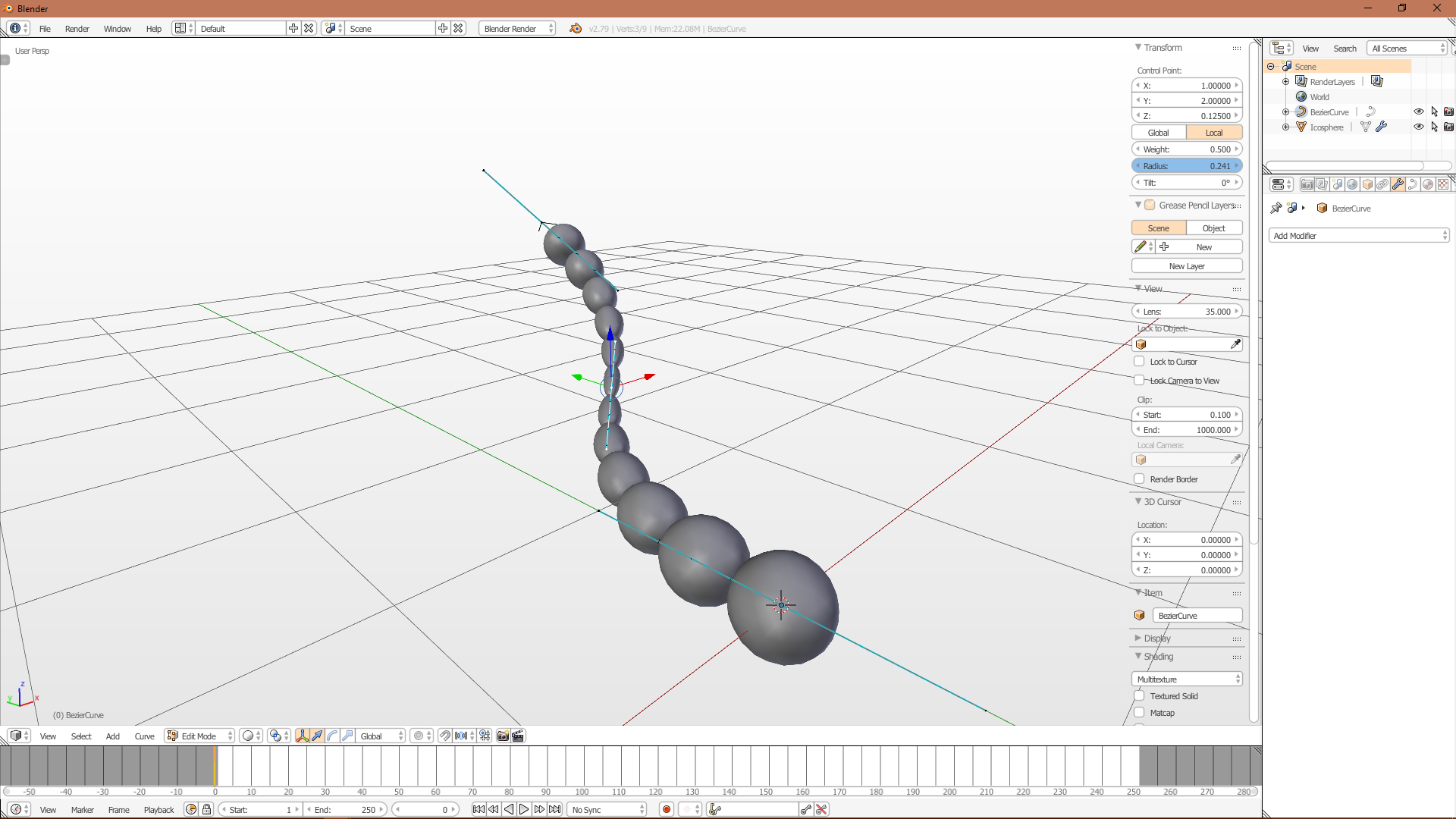 I've tested out the object offset option on the array modifier, using an empty at the origin point. It produced the taping spheres that I was looking for, but that only did the scaling one way and no longer respected the length of the array. 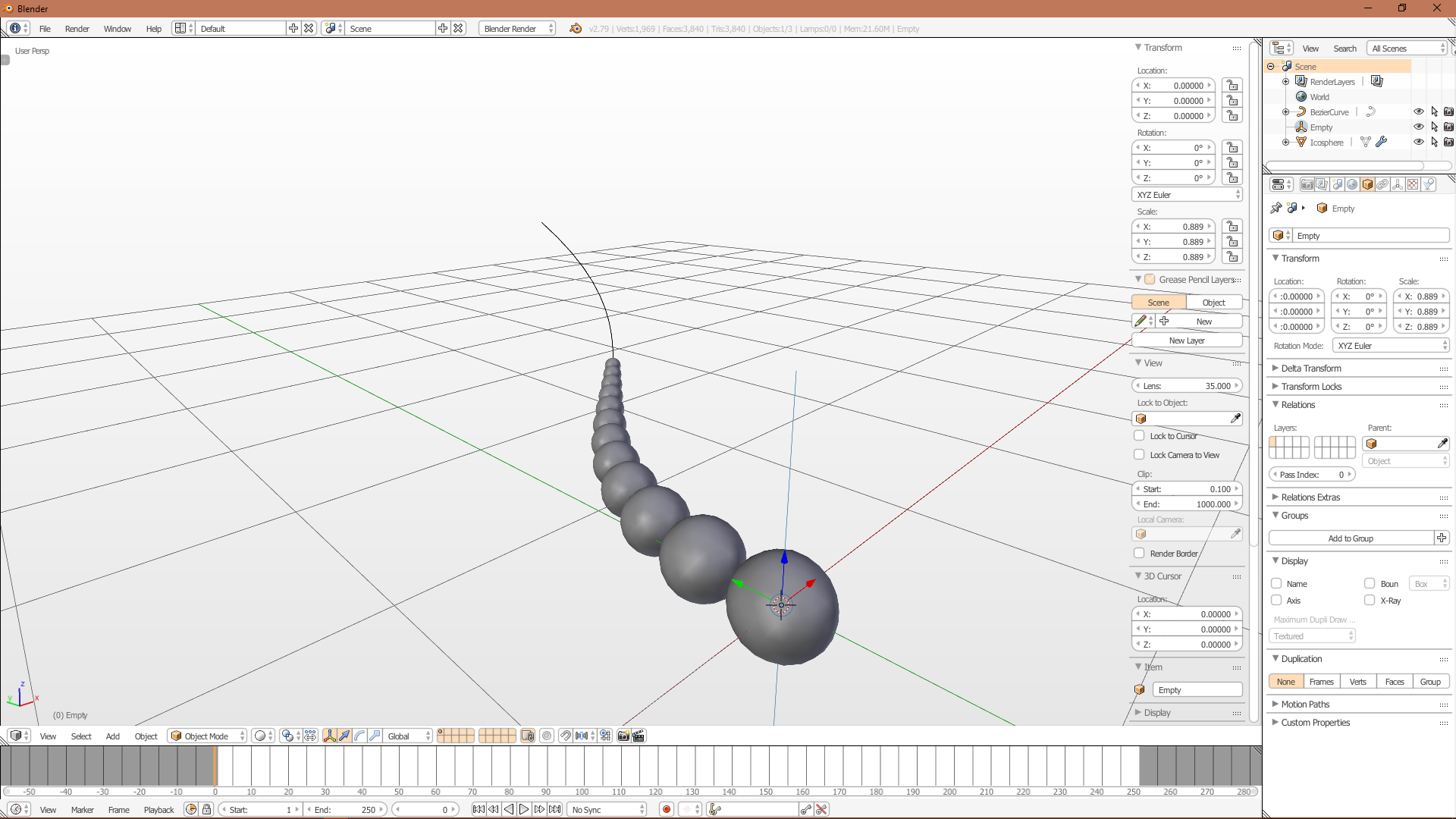 Browse other questions tagged modifiers bezier-curves bezier scale or ask your own question.

7
How to recalculate Follow Path animation after curve length has been altered?
2
Tapering a tentacle mesh with uniformly scaled suction discs
1
How to scale objects along the length of a curve and keep them all facing the same way
0
Curve after Array modifier messes object dimensions
1
Arrays along two paths — possible?
4
Is there a way to array an object along multiple curves without having to duplicate the object for each curve
1
Duplicating object along curve
1
How can I parent objects so that only position and not scale is applied to the children when scaling the parent?