I have the following scenario: a model placed on the center and a plane beneath it. 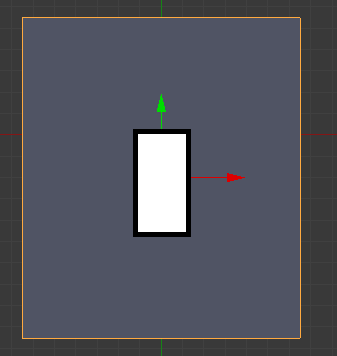 There is also a top view camera. When rendering: 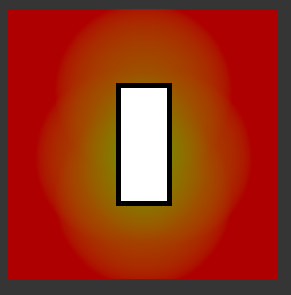 I have created four spherical gradients that depend on the distance to four certain objects. My final goal is to create those gradients but limited to the zones the objects "see". For instance, if the model is a cube and there is an object attached to one if its side faces the gradient should not be represented on the opposite face plane part because the object only "sees" what is in front of the face it is placed on. 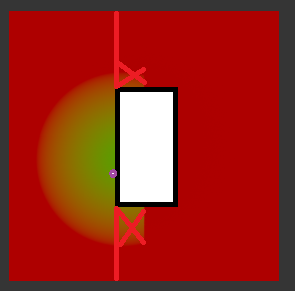 On the picture above, the purple point is the object (can be thought of as a camera). As can be seen, there are two gradient areas with red crosses on them that I would like to delete because they are not within the field of view of the object.

Browse other questions tagged texturing camera depth-of-field or ask your own question.

4
Why can I see through my objects?
3
Reproduce the exact 2D image from 3D?
4
Make a grid of planes fill camera view
0
Volumetric lighting is not showing in camera view
9
Project scene to plane in real-time
1
Custom Depth of Field in User Perspective view?
4
Color beveled nurbs path according to the x-y-direction in the final camera view