Is there a way to make custom coffee foam?

I want to make a cup of coffee with the nice swirl of white and brown foam, but I want to be able to influence it using an object (similar to how they make hearts in cappuccino). In this case it's an .svg logo I would import. I've seen lots of examples where image textures were used for foam, but I'm wondering if there's a way to actually influence the foam in Blender itself. Is this possible?

Here's an example of the type of foam I am going for: 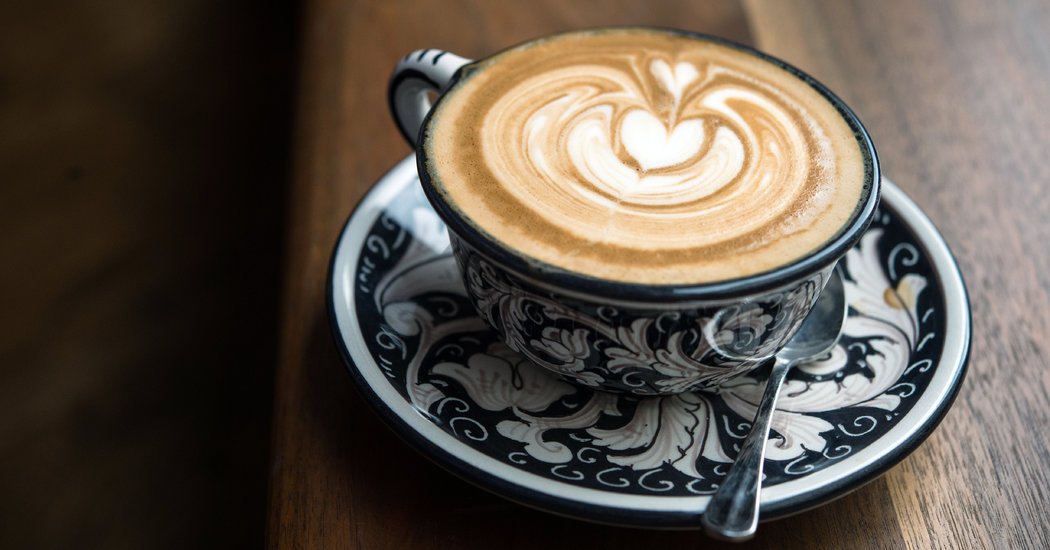 And here is an example of a logo I would want to use as the design in the foam: 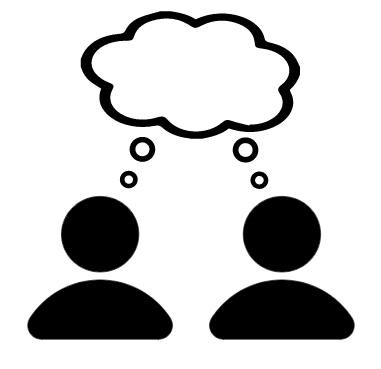 Here are the changes I made based on responses provided. I modified the node setup slightly in that I did not use the coffee nodes as I decided to just use an image texture for that. Unfortunately, it made the logo part heavily distorted and I'm not sure why. 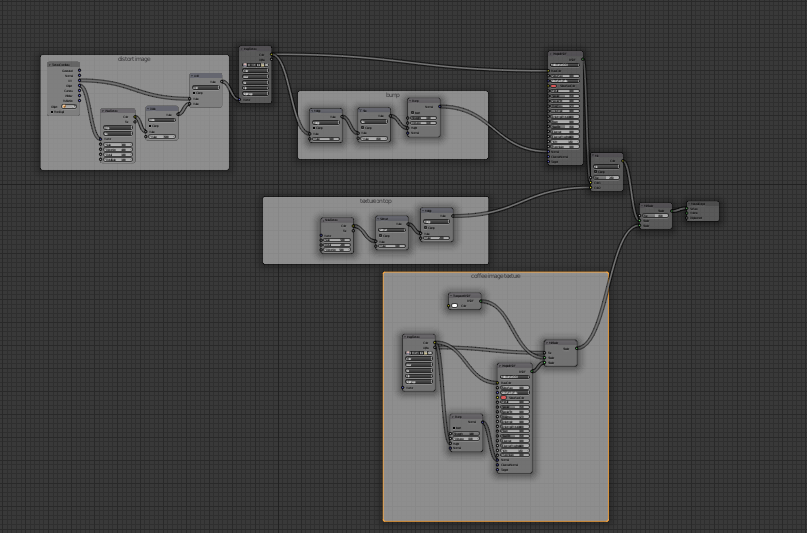 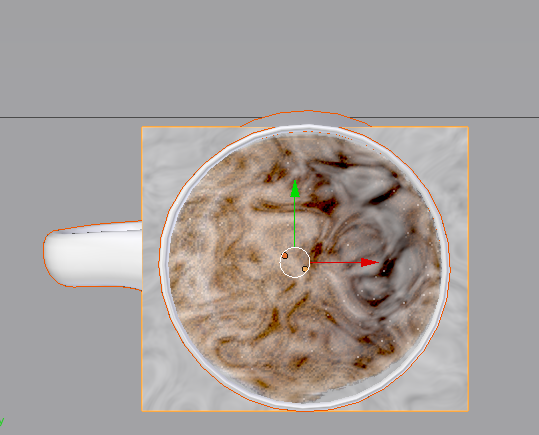 Based on the follow up answers provided, here is the finished render (including blur techniques used in GIMP): 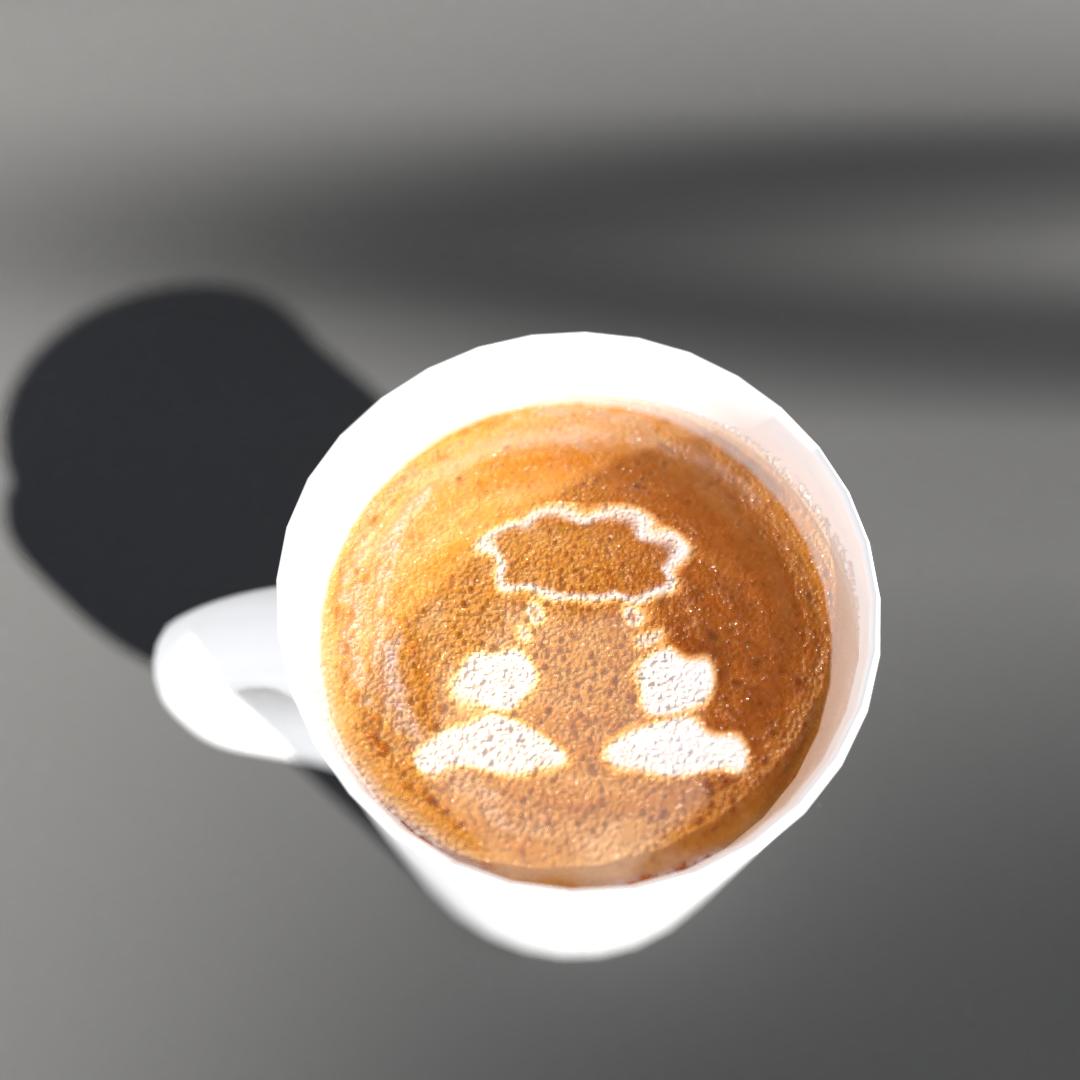 It's not extremely good, but this should give you a good place to start: 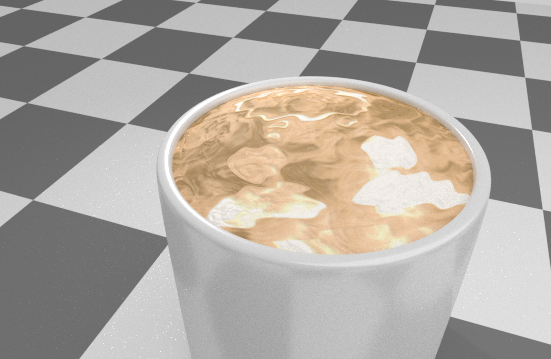 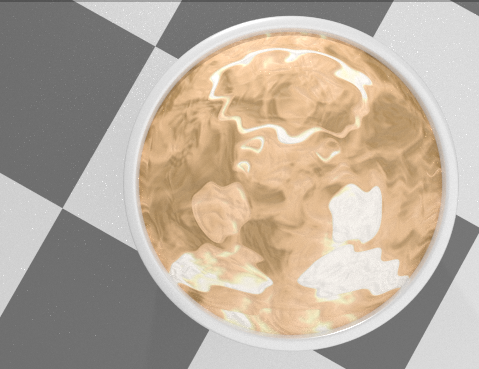 The image you want to appear on the foam is very detailed and hard to reproduce on real coffee. This is why I thought it should be pre-processed in some image editing software to make it more realistic and doable. I used Photoshop to smudge out the image a bit, and I got this: 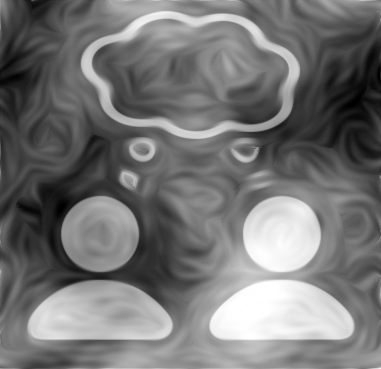 The coffee itself that I made in Blender was a simple squeezed sphere. I then used the image above as a texture to determine the color of the foam. Here is my node setup for the foam: 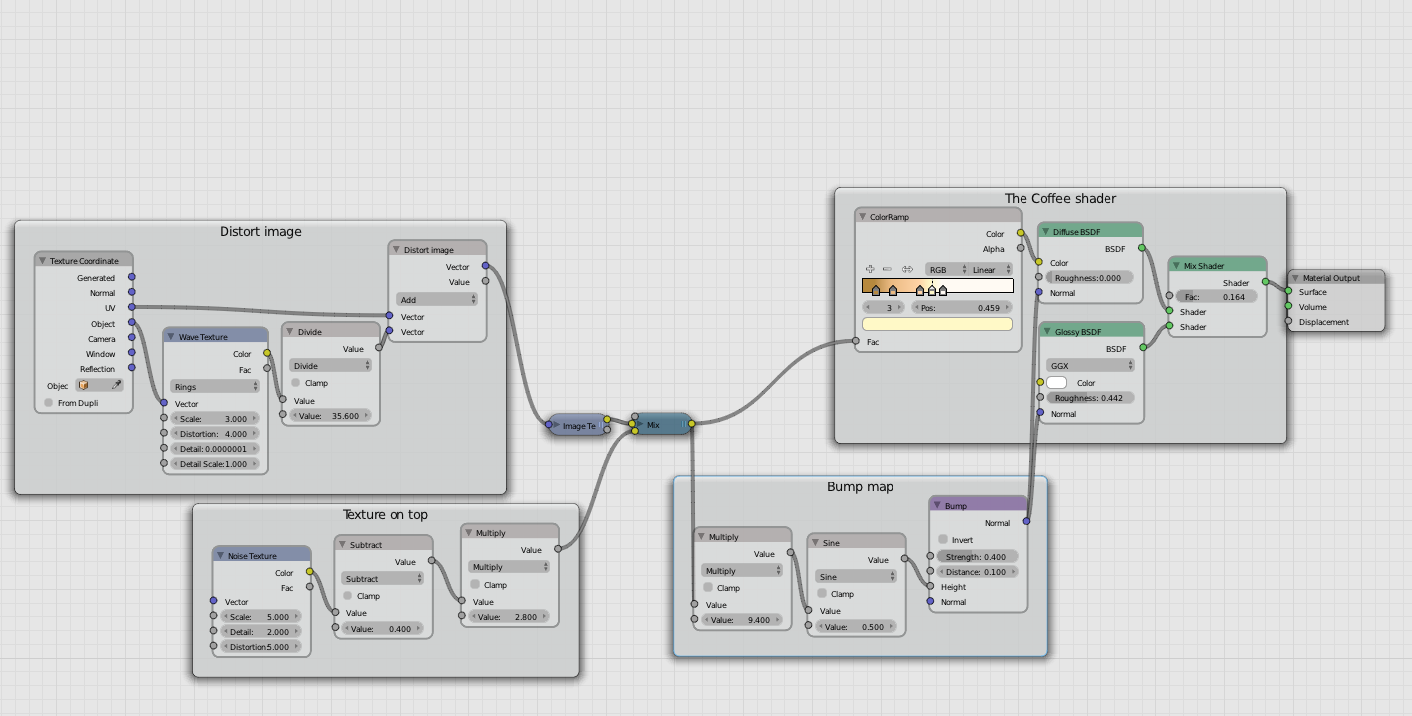 I'll go into the details now.

I used a Wave texture to distort the image in rings. You can adjust the frequency and amplitude of the distortions. 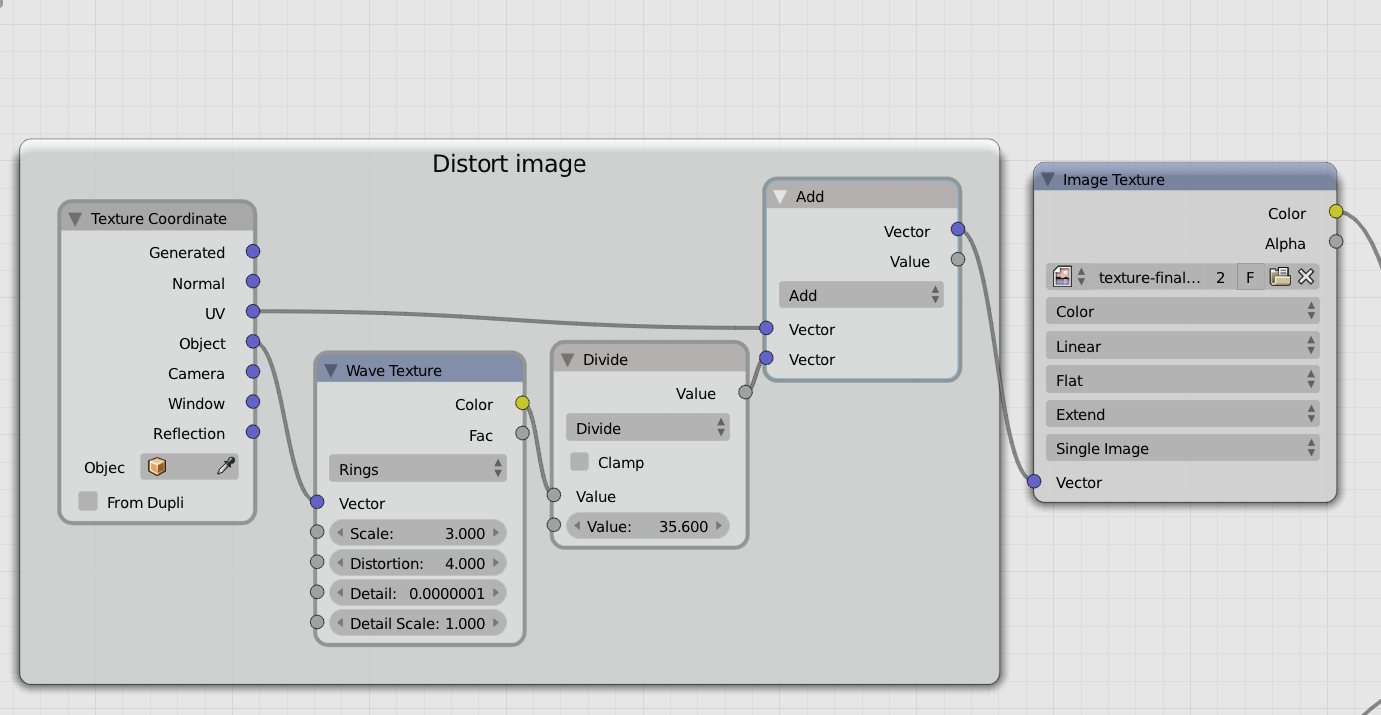 Some noise texture on top of that

I added some noise to the image, because nocoffee is perfect. 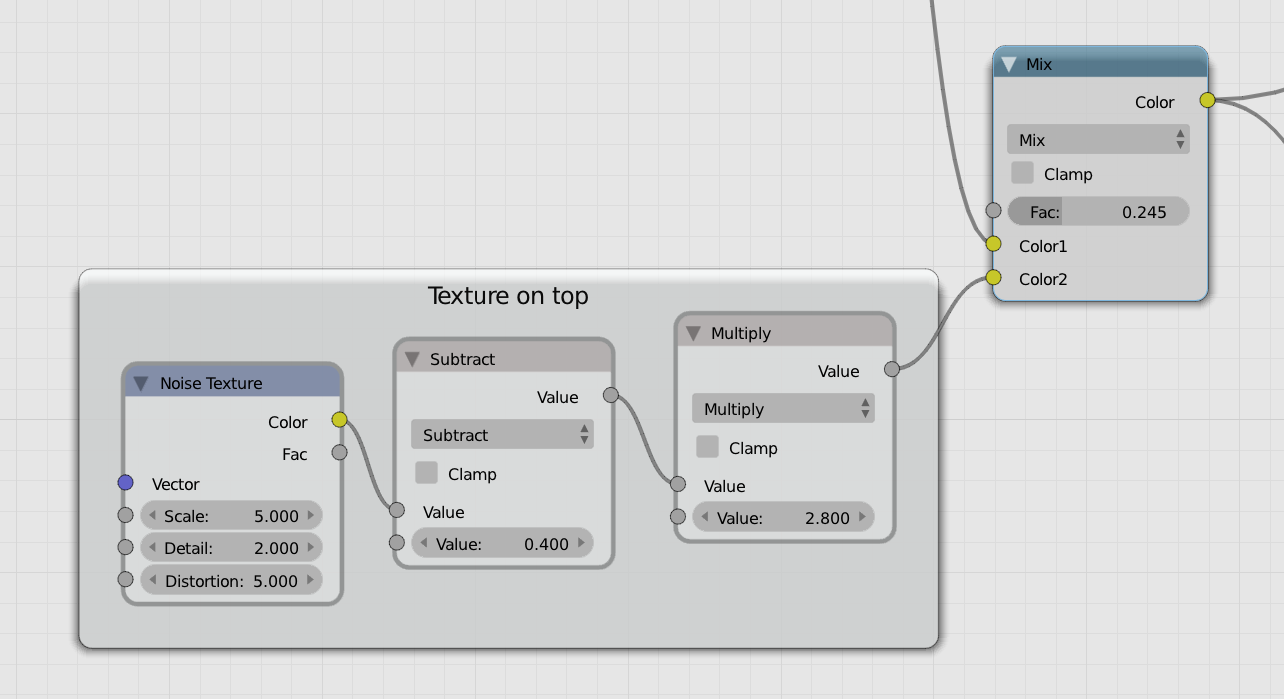 I didn't have any actual coffee to look at, but I'm assuming that the image should have some effect on the bumps in the foam, due to stirring. So I created some "ripple" bumps around the borders of the texture (kinda): 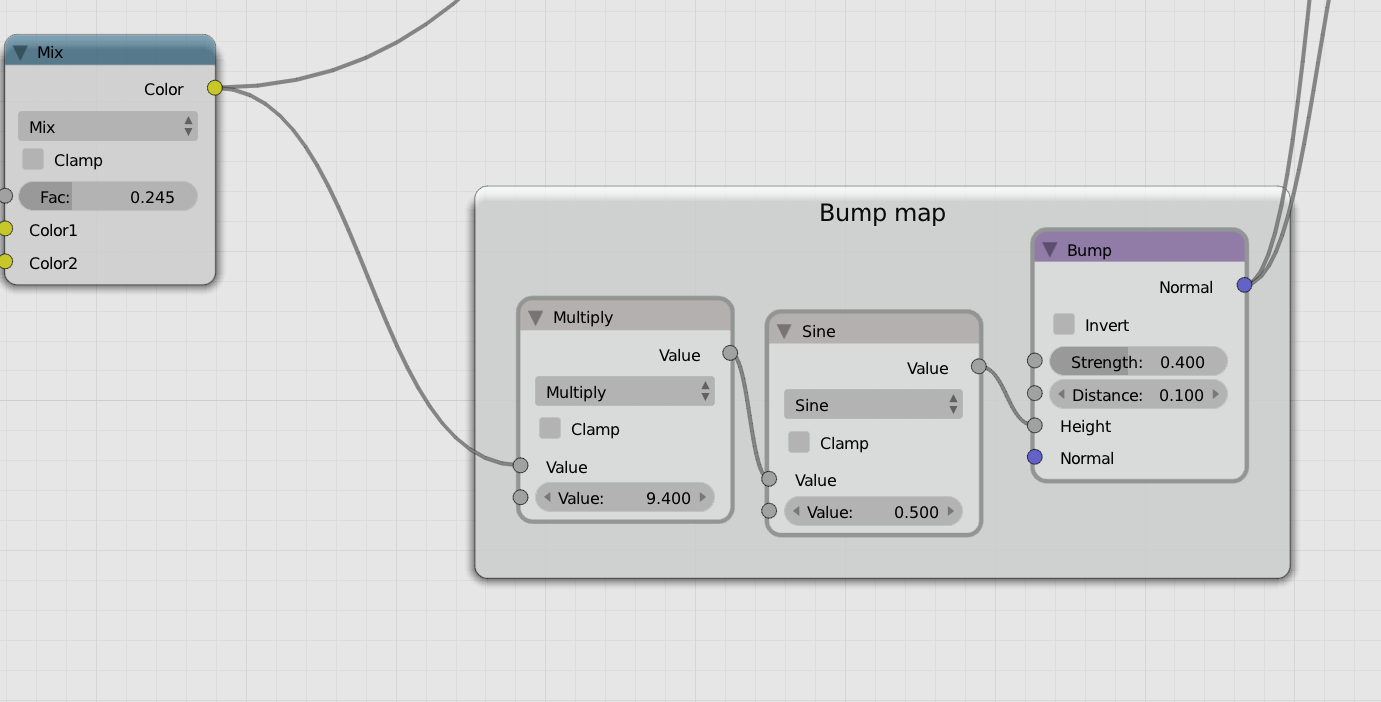 Now, we have calculated both the texture we want on the coffee and the bump map. I used a gradient to get the right coffee colors. The actual shader was a simple mix of a diffuse shader and a glossy shader:

Here is my resulting .blend file you can play with:

Here are some possible improvements you could consider:
- It is very easy to adjust how much you want the image to be distorted in rings. In the "Distort Image" frame, just change the second value of the Divide math node. - Consider introducing a subsurface scattering component, because coffee is transparent. Or, even better, use a volume shader. Coffee is a little bit transparent. - You could change the colors to make them a little warmer, because my coffee looks like mud. Yuck. :) - You could further tweak the original image: smudge it, adjust contrast, add noise, etc.

Not the answer you're looking for? Browse other questions tagged modeling texturing or ask your own question.

1
Engraving a text string in Blender Internal Render
8
Scale Texture with a Value-/Math-Node
2
How do I make a Decal look worn?
1
How to create Coffee with Foam?
3
How to blend/mask materials?