I've been trying to use shape keys to correct ugly armature deformation, but whenever I try to move a vertex in edit mode to where I want it to go it gives this super ugly curve thing. 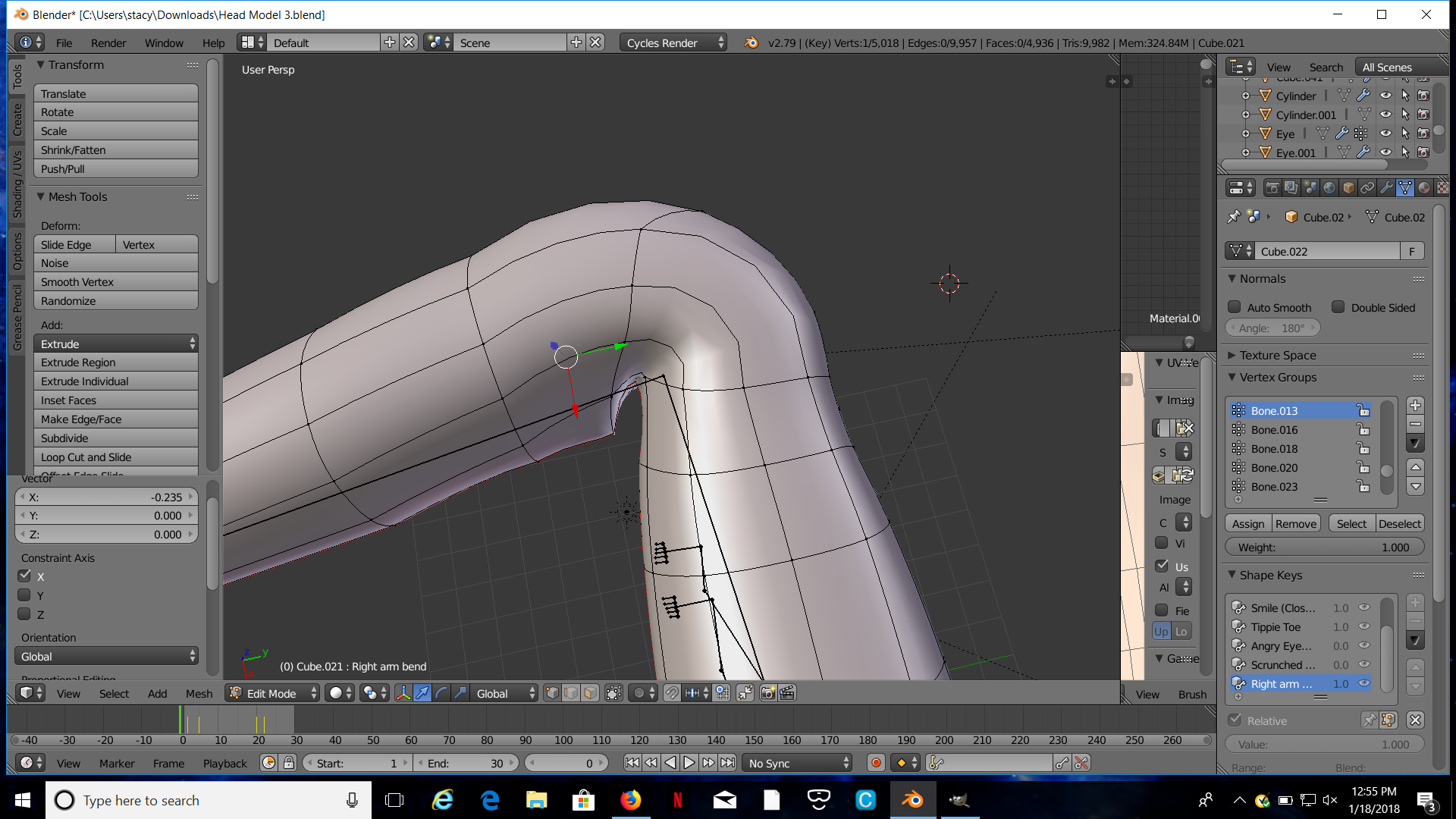 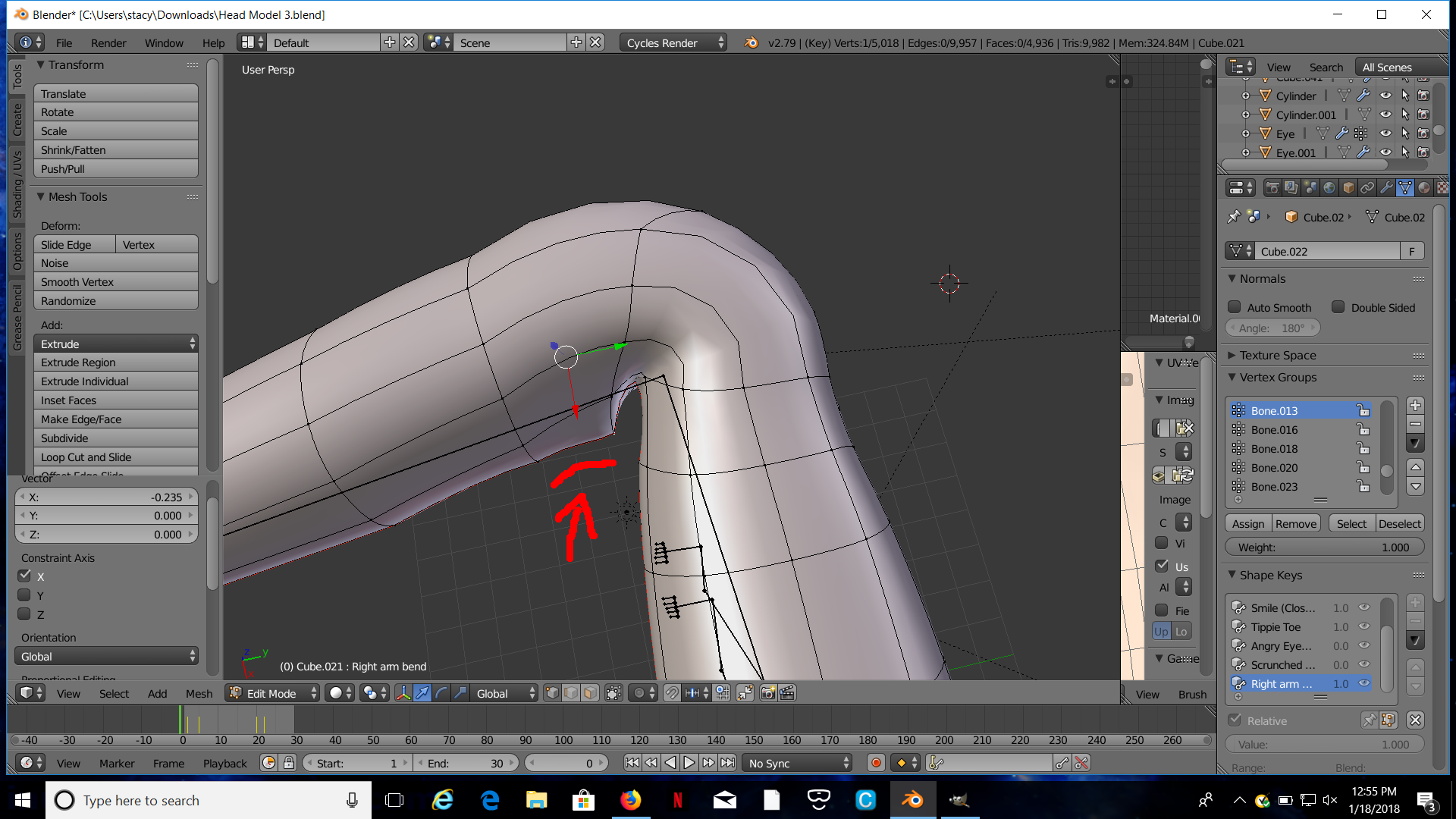 Why are the edges curving like that? It's supposed to be straight! How to stop it from doing this? It's very frustrating, what's the correct way to make it bend like an arm?

Okay! I found the answer! 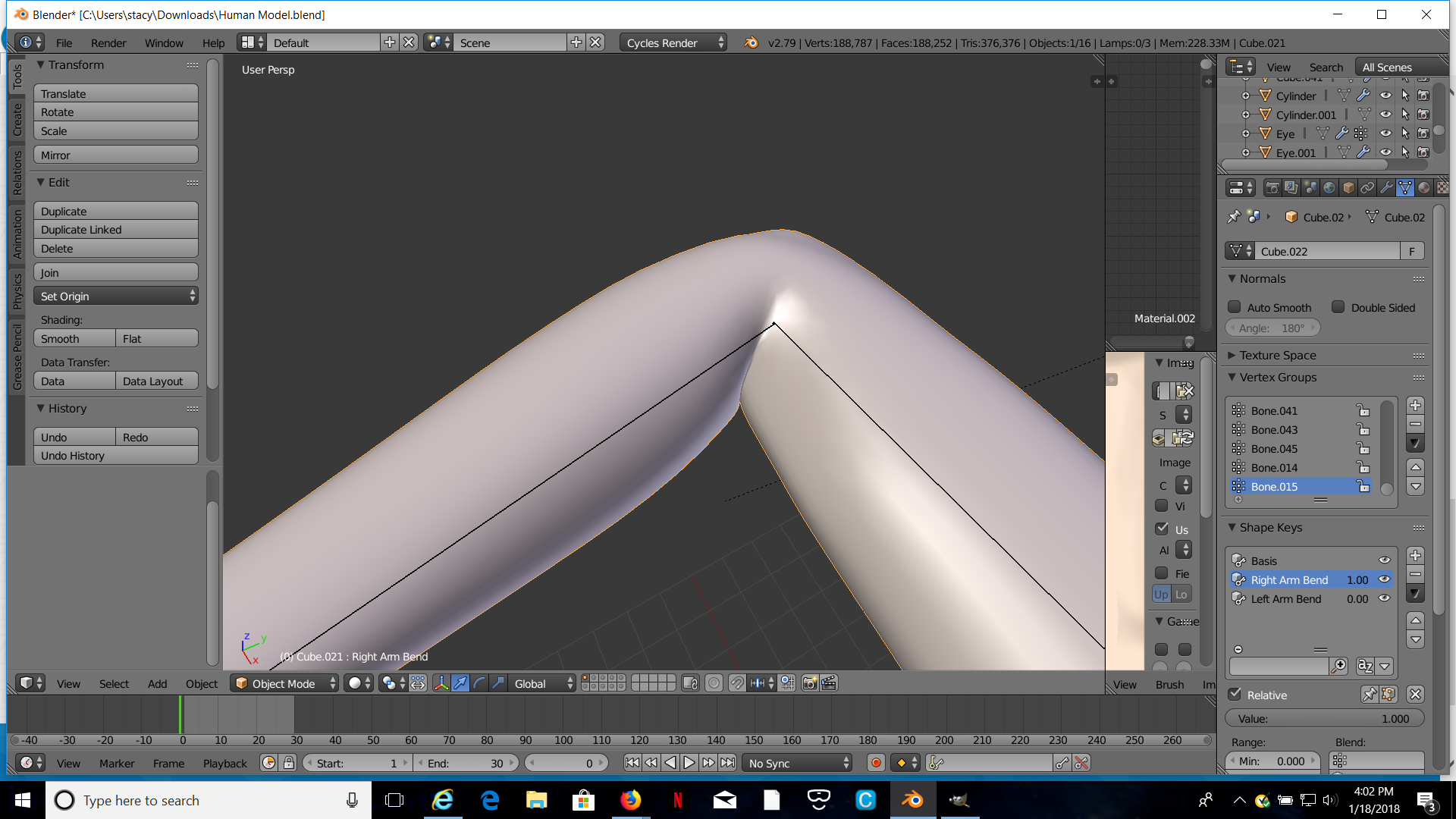 The problem was that I had a subdivision surface modifier on the mesh but I didn't apply it yet. The armature was using the subdivision modifier to make it curve smoothly, but I was unable to edit those vertices that were making those weird curves because I didn't apply it to the mesh yet, all I was able to edit were the small amount of vertices that were there. So I applied the modifier to my mesh and now it doesn't curve anymore because I have control of those vertices in edit mode. 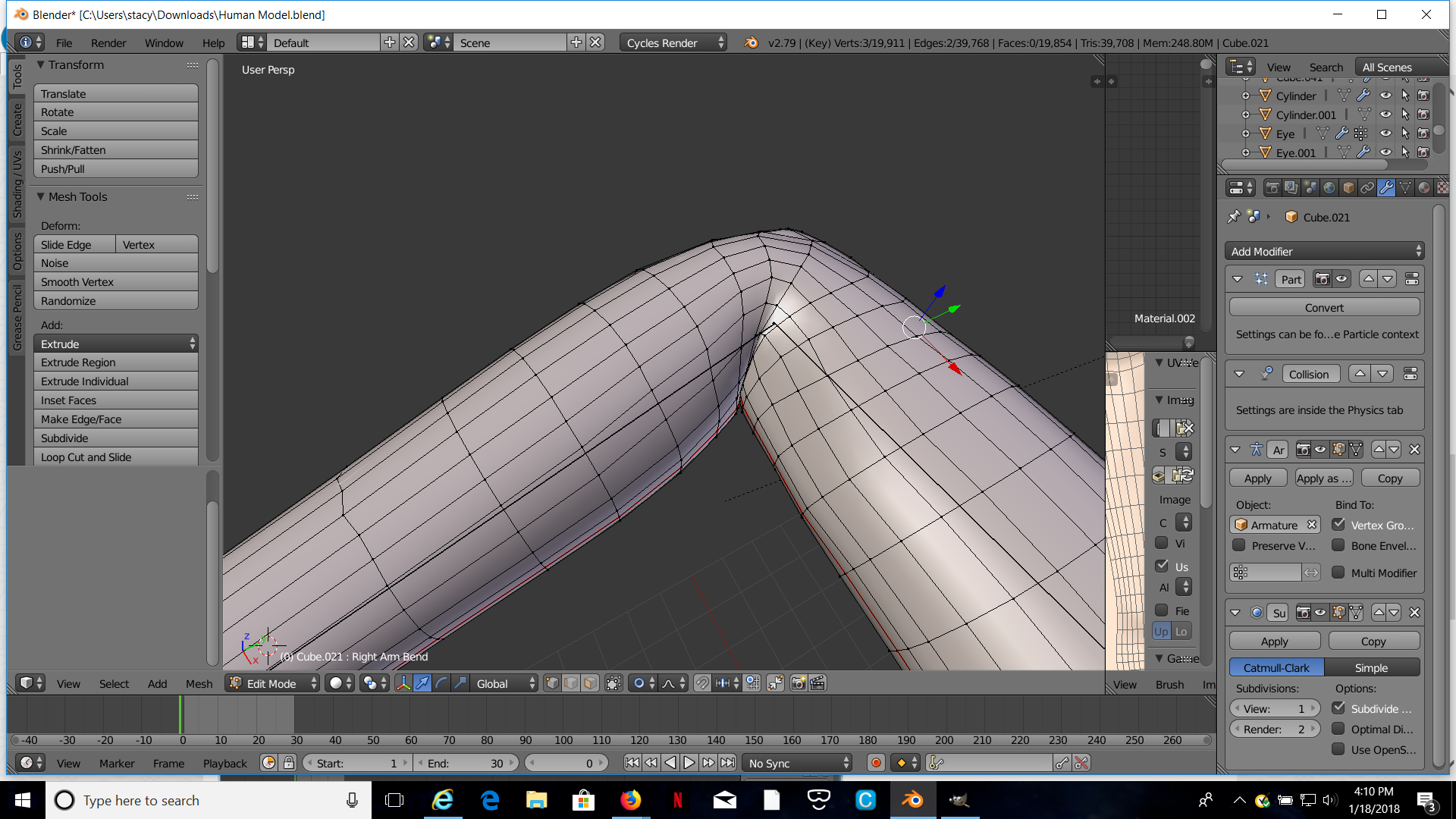 Unfortunately I had some shape keys to the mesh already and I had to delete them in order to apply the modifier. Oh well!

Not the answer you're looking for? Browse other questions tagged mesh armature edit-mode or ask your own question.

1
Mesh/edit mode: how rotate TOGETHER with armature
3
Armature deformation behaviour with shape keys
0
How can i fix this ugly deformation
0
Armature Mesh Deformation
0
What's the correct way of putting these objects together to form a game-ready asset?
0
can't undertand what is wrong weight paint fingers
0
Is there a faster process for converting splines into rigged meshes?
3
How do I round this shape without serious clipping issues?