I apologize for the very basic question, but I have been struggling for some time now with the following task:

I want to create a 3D print of a 2D image by importing it as a plane, subdividing it and the using the displace modifier to obtain a 3D image. However, I have not found a way to crop the original image into the desired shape (circular in this case). 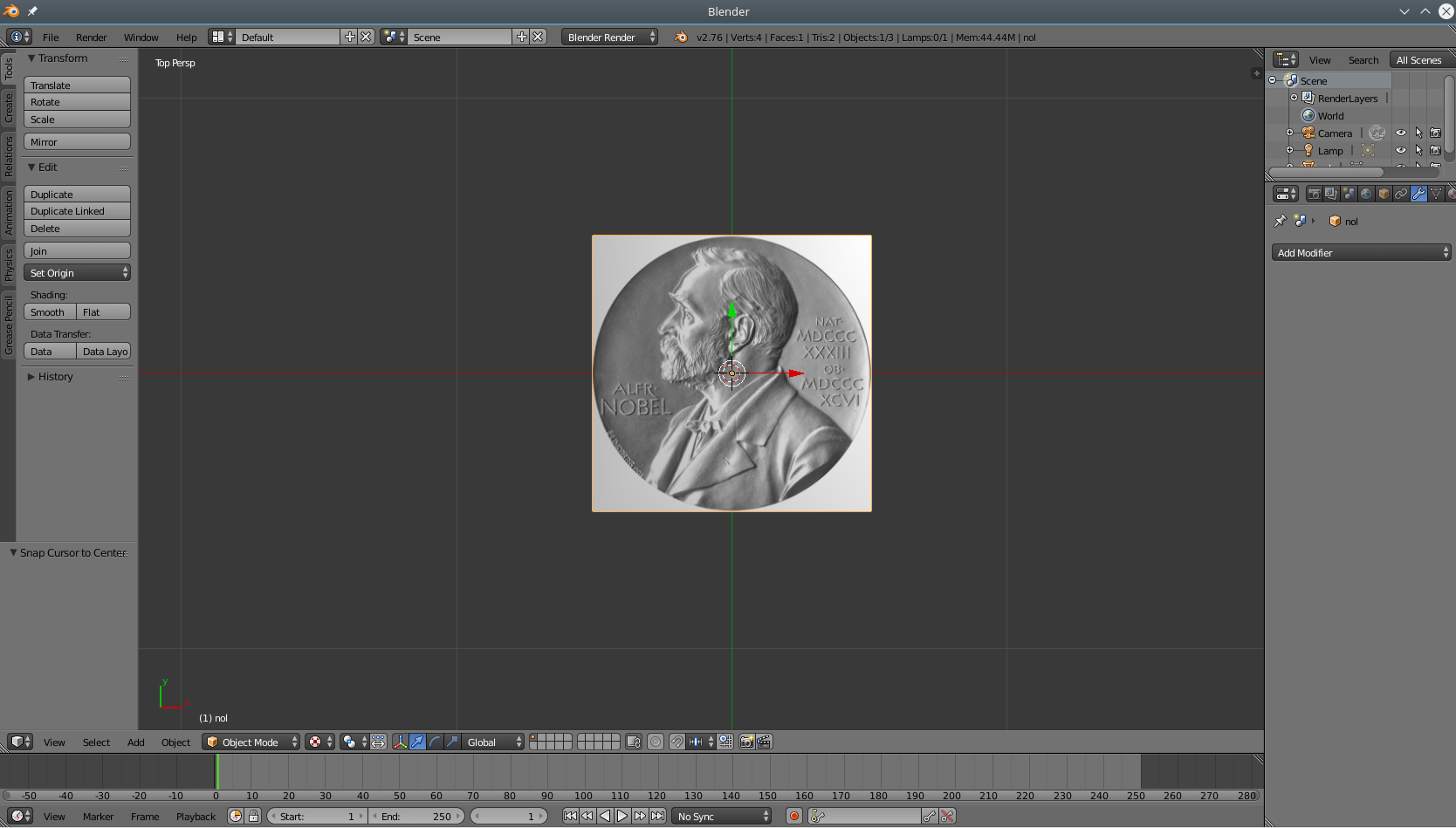 I have tried the boolean modifier, but it does not work for 2D objects. I have also tried to extrude it into a parallelepipedic object and then use a cone and the boolean modifier, but the image would disappear after the operation. Using the knife or subdividing it and deleting the undesired regions manually would be a solution but both are not very elegant. Is there an easy method to do it?

It is easier to map the image on a circular mesh. 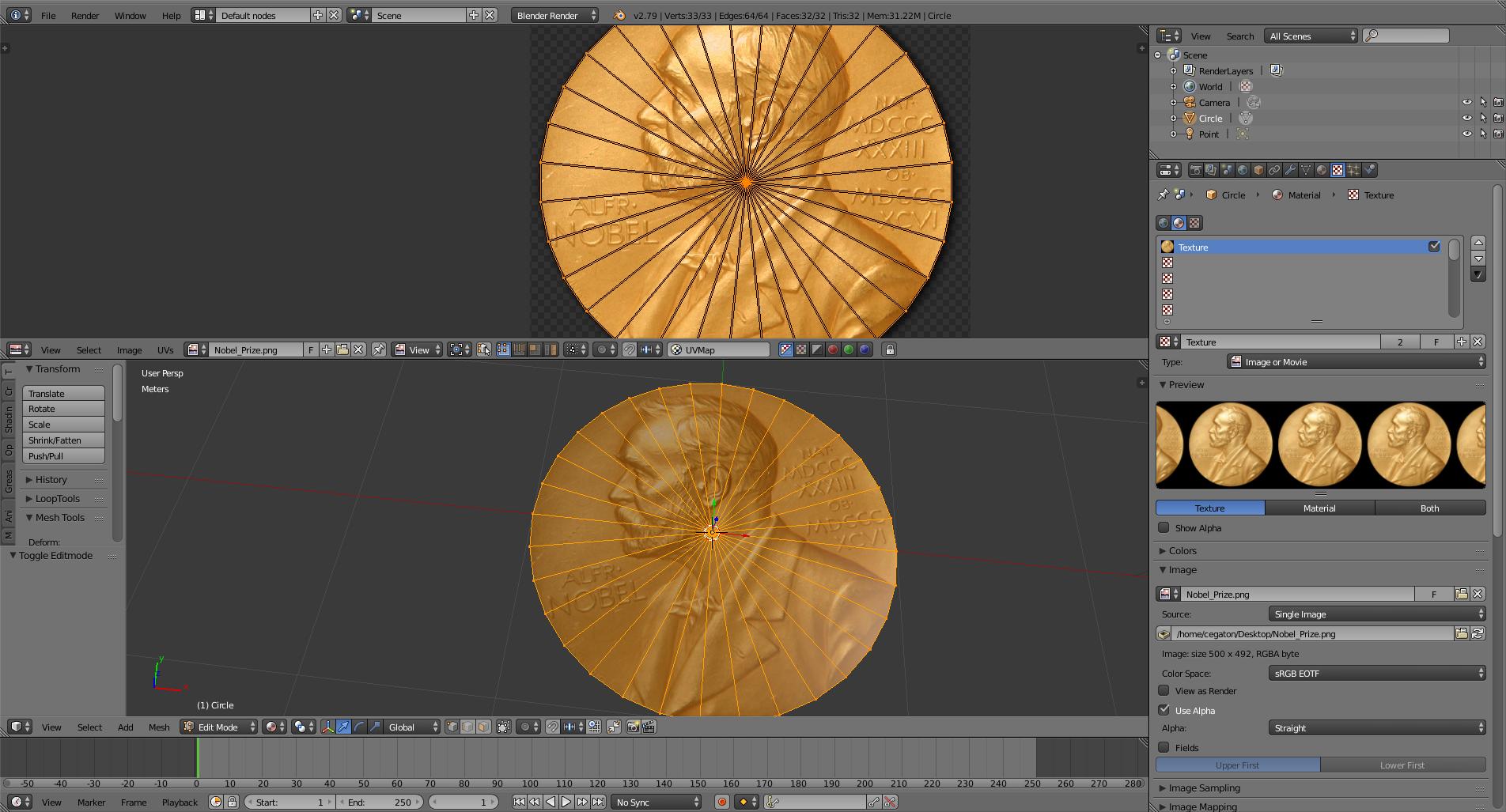 As an alternative you can create another image (or alpha channel) that defines the circle and use that as a mask to define transparency. 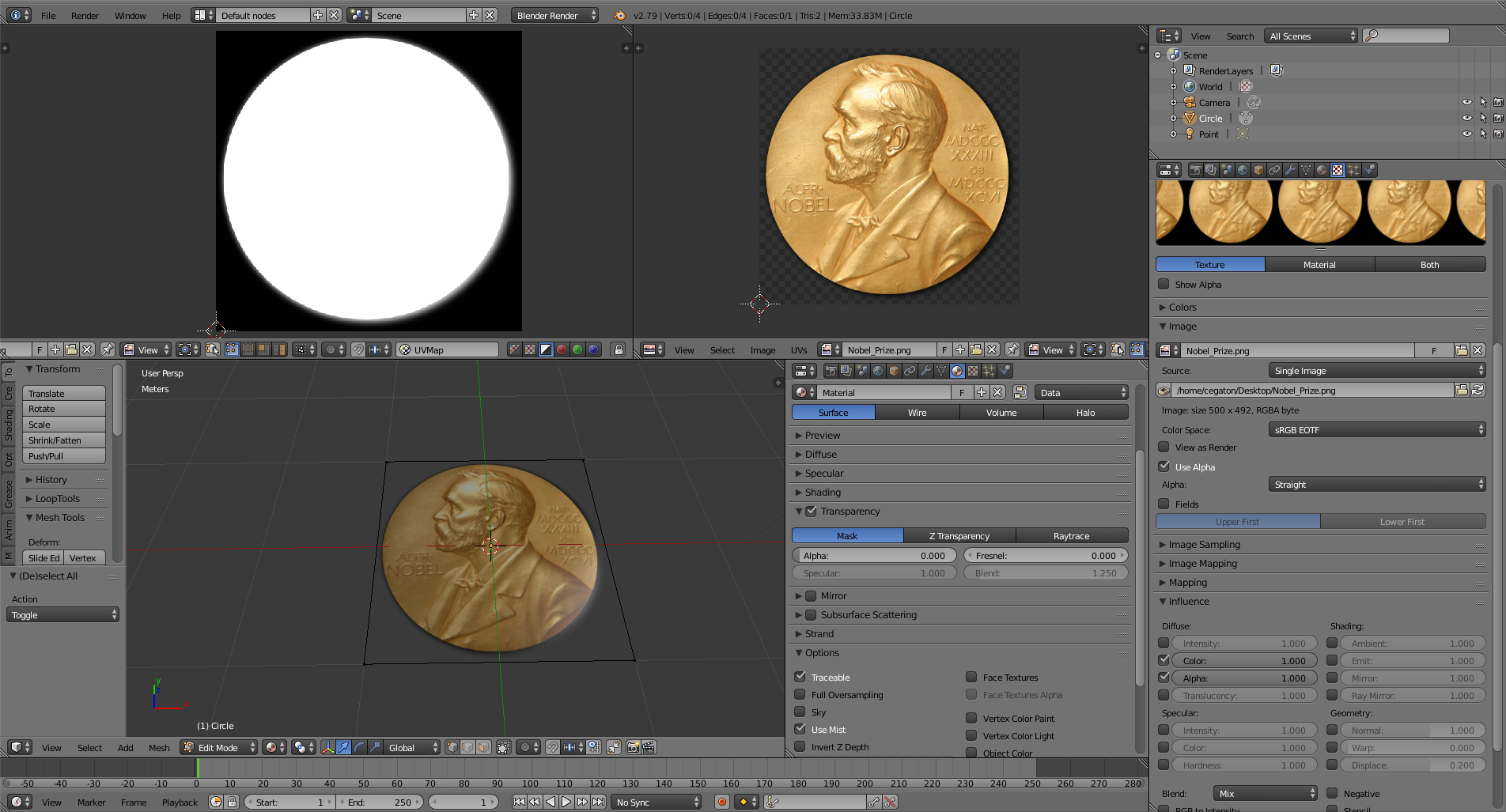