Last month I decided I wanted to learn a hobby so I picked up Blender. I've been slowly learning how to model, texture, weight paint and rig things and I am stumped. Most of the time I'm able to find a solution by reading through the forums but I can't seem to figure this out.

I have weight painted my basic character and thought I was all done. When I was posing it I noticed if I move the higher arm bone too high the characters hand deforms. This is what I've tried so far:

Distortion in the right and slightly in the left hands. Only happen if I pose the upper arm 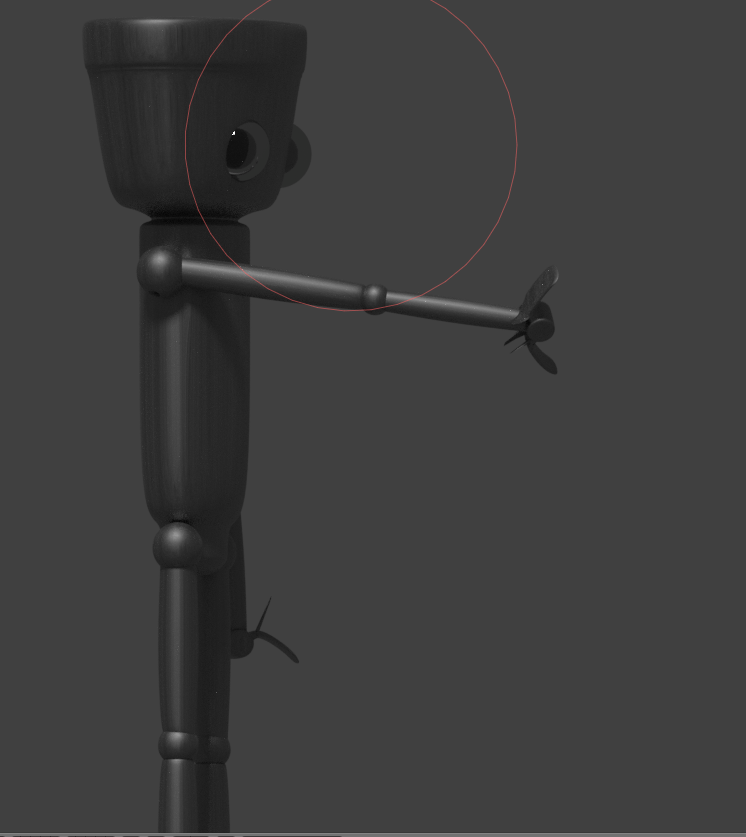 Also on a side note is there a way to stop the weights from auto updating? Multiple times I've painstakingly painted a mart of my mesh to find that the previous portion updated as well.

Would Appreciate any help!

I uploaded the blender file here if anyone can take a look at it: https://ufile.io/lvc7i

Basically your mesh get distorted because every vertex is weighted to a lot of different bones: every pose will establish a different bones influence to every vertex, causing distortions. Every vertex should be assigned to one bone only, except where you want a "fleshy organic" deformation (in which generally you have two bones affecting the joint).

Your case is difficult to resolve because you used a lot of vertices (300.000) while generally we have less (2-5.000 can be enough for your shapes) followed by a subsurf modifier to get smooth result: in this way it's easier to weight paint the control vertices and get smooth deformation exactly as you want.

By the way you have a lot of inverted normals (select all in edit mode and recalculate normals, to get correct behaviour when shading). 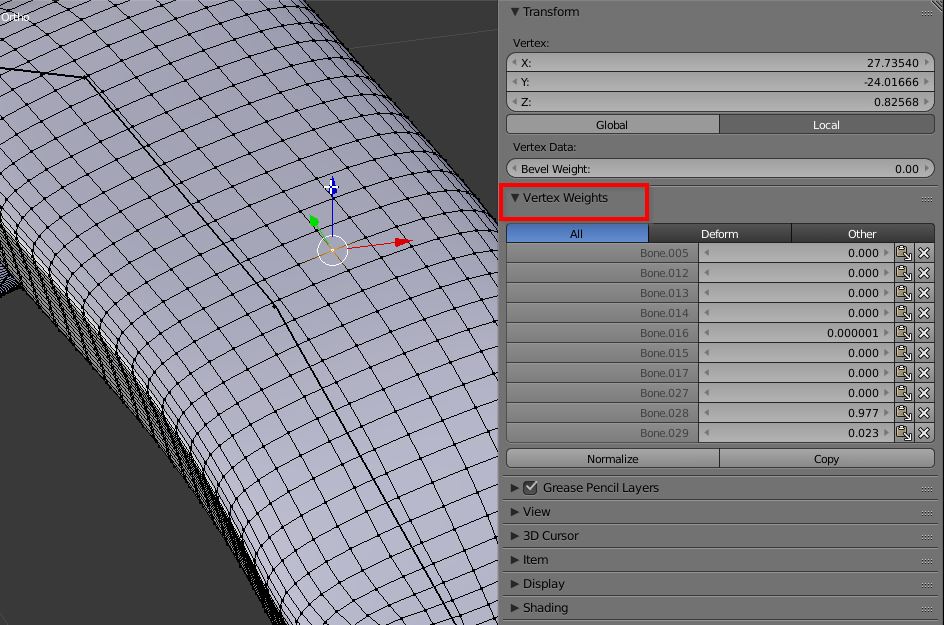 This is an example of body modelled with 224 vertices (instead of 10.000) then subsurfed with 2 subdivisions (with which the vertex count goes to 6.700 more or less, but the weight painting can be done relatively to 224 vertices only). Put the subsurf modifier after the armature modifier, so to smooth every posing artifact. 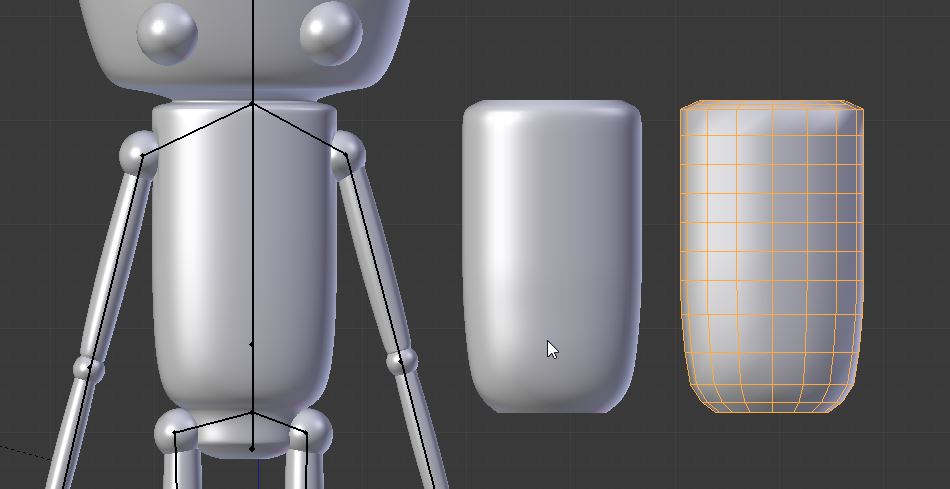 Not the answer you're looking for? Browse other questions tagged modeling rigging bones weight-painting vertex-paint or ask your own question.