How can I set an IK limit on a bone's Y axis?

I'm trying to rig a leg that has two thigh bones (one to move the leg around the hip and the other to rotate the thigh around the bone's main axis): 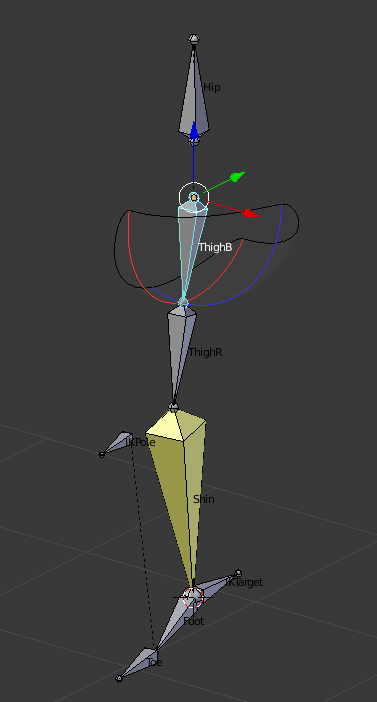 The IK constraint on the Shin bone reaches up to ThighB; ThighR has X and Z locks enabled on the bone's IK tab so as not to bend the leg between ThighB and ThighR. This works fine.

I tried to lock the ThighB's Y axis on the bone's IK tab but this has no effect - ThighB still changes it's roll when I move the leg (I also tried using a limit and setting a high stiffness, this also didn't work): 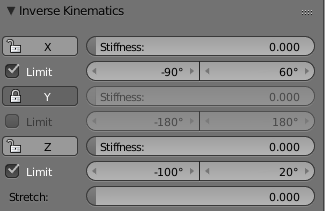 So I have two questions:

I'm aware that I could set up a second chain that just used a single bone and then copy the x,z rotation to the ThighB and the roll or the y rotation to ThighR, but I'm looking for a simple solution first.

Not the answer you're looking for? Browse other questions tagged rigging armature bones or ask your own question.

4
Bone's constraint limit X axis rotation more than 180° doesn't work
3
Armature advice for the hip region
0
2 bones, 3 leg pieces. Middle piece is deforming. Why?
1
IK local rotation locking
0
Why does parenting Heel IK to Thigh Bone cause jittering in right leg but not left leg?
0
Can you rotate bones within an IK Chain and allow the IK Target bone to move along with it?