How to texture a landscape?

I have a landscape created by moving vertices only along the z axis, as per many tutorials. The problem is that, where there is a steep incline (i.e. a big distance between axes), the texture gets funky.

With only rock texture it actually looks pretty decent, but once I started vertex painting in some ground cover, the problem became obvious. 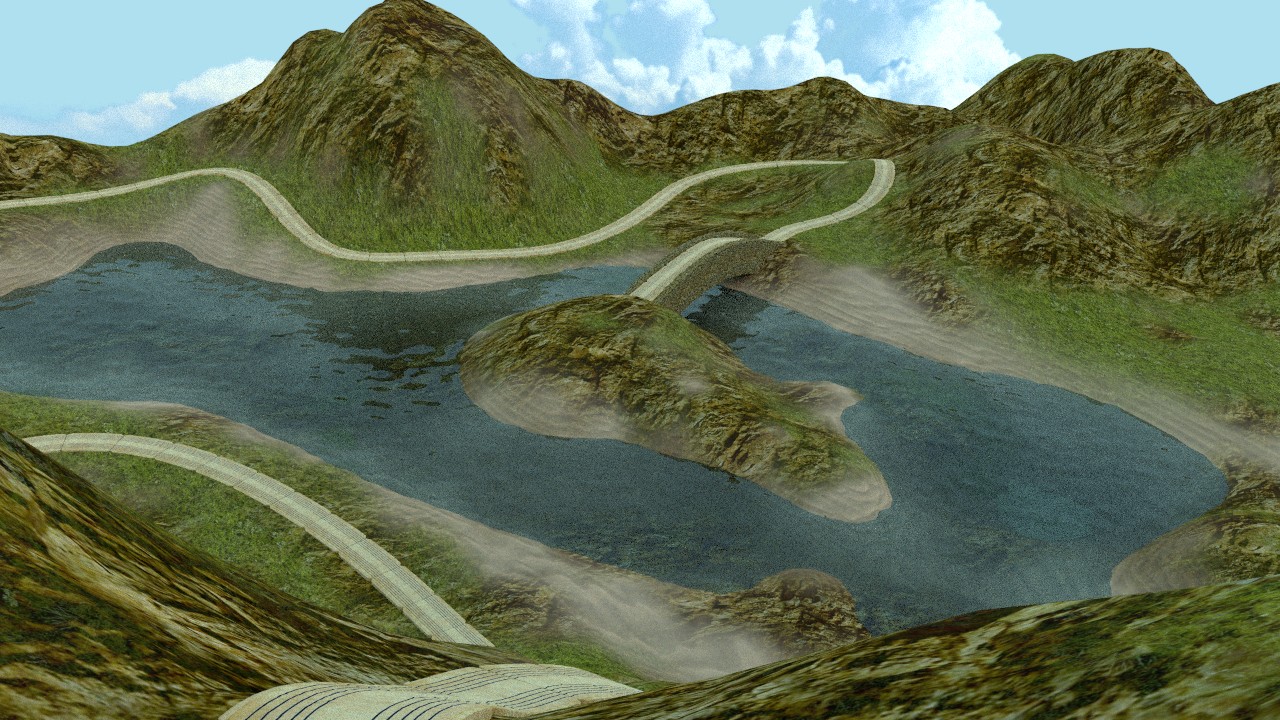 So I'd like to get as close as I can to my original landscape mesh, but even out the distance between vertices.

The two possible solutions I've seen so far are:

I've had a brief try at remeshing and it wasn't successful, but then most things are not successful at first :-)

So I have three questions:

Thank you to d8sconz and HENDRIX for the advice so far.

I found at least part of the problem: somehow in the landscape development, quite a few vertices have gone missing! 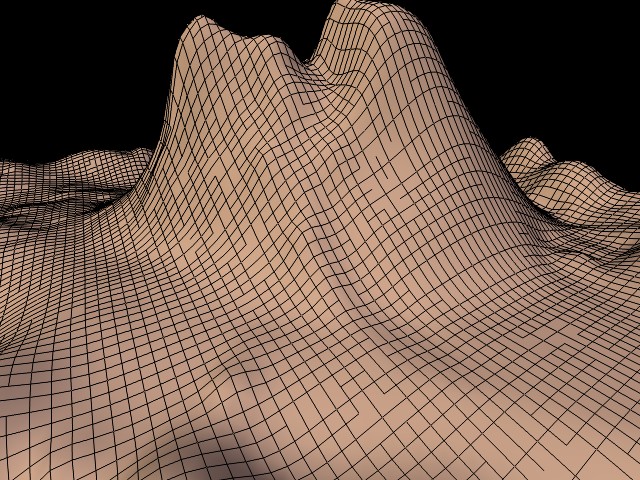 So, I made a new mesh by shrink-wrapping a plane over the old one. I also increased the vertex count by 50%. 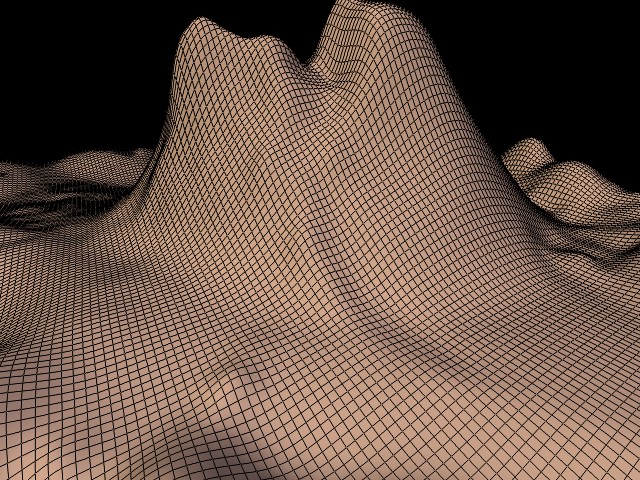 So the problem of textures being stretched out of shape should be, at least partially, alleviated.

However, I'm now intrigued by the idea of UV painting instead of vertex painting. But for it to be an improvement, I assume I'd need to seam the landscape before unwrapping. I can't see any obvious way to seam a natural landscape, except perhaps for the path.

I have included a .blend of the landscape if that would be helpful.

I changed the title again to generalise it and hopefully make this more useful.

d8sconz and HENDRIX make some good points about UV-mapping, but this thread from polycount discusses just how difficult uv-mapping is for landscapes, and how important it is to plan in advance - e.g. think about where to make inconspicuous seams during the modelling stage.

So for me, I will stick with vertex painting for this project. Increasing the vertex count helped a lot. I also made some changes to the textures that makes stretching less noticeable.

Do you need to vertex paint for some reason?

For me, vertex painting is very flexible and intuitive on a landscape, especially using the technique described in this post. Here is a screenshot that gives an idea of the process. 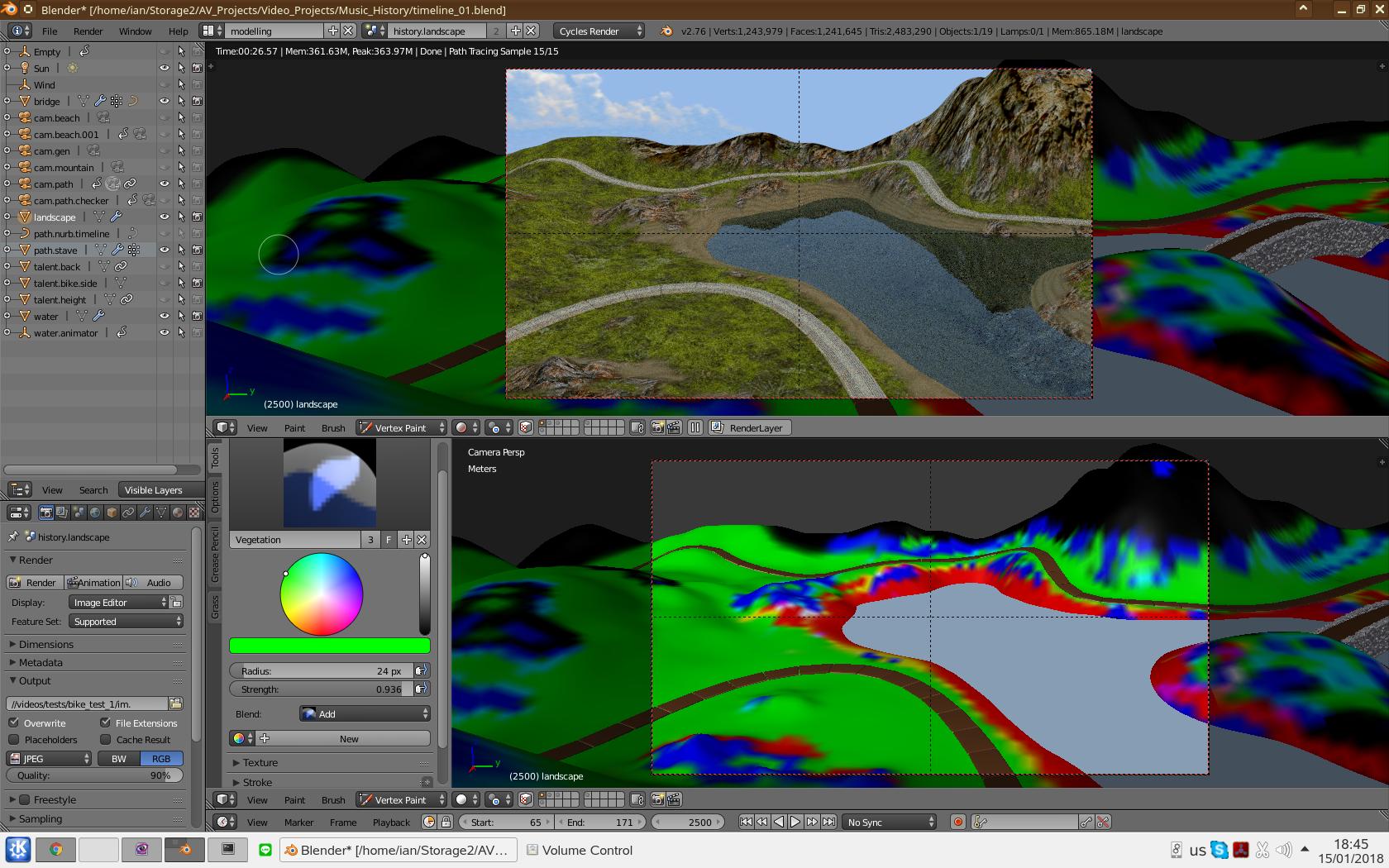 So thanks to d8sconz and HENDRIX. I really appreciate the advice even if I didn't end up taking it this time. I'm still working through the texturing process, developing techniques as I go. When I'm finished I'll write up my findings as an answer.

Browse other questions tagged mesh vertices vertex-paint height-map or ask your own question.

3
Vertex Paiting slightly hidden parts of the mesh
5
ANT Landscape erode option?
1
How do I fix these black seams on my object?
0
Middle verts snapping to other side of the model
0
Why are my vertices all disconnected?
0
Is there a way to “smart” auto-reduce the amount of vertices?