I am trying to bake ambient occlusion to a texture using blender render on this model of a meteorite. It almost works, except for steep edges of holes, where I am getting a strange noisy / mottled pattern of black and white faces.

I did try using lightmap pack instead of spherical unwrapping, and it does make the mottled noisy areas go away. However, I need to use a spherical UV map shown because of requirements for scientific analysis later.

Can anyone explain what is causing this mottled pattern? 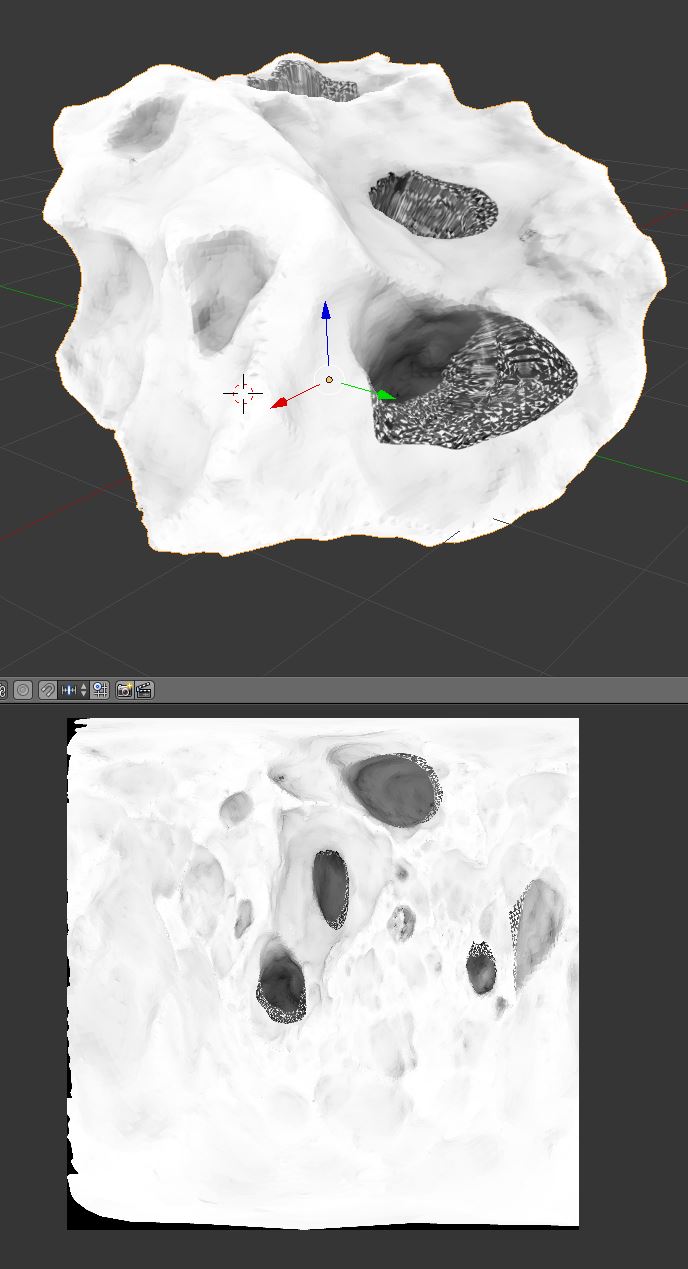 I figured it out. This effect occurs because these areas are "overhanging" from the point of view of a spherical projection. Pixels that would be on dark faces from inside the hole and light faces from the surface are all getting mixed up together because they share the same space on the UV map.

So, the solution is to choose a UV mapping where the projections of the faces do not overlap.