So I have been following the Blender Guru modeling tutorial with minor changes every thing looked OK till he added the sub-surf modifier and I have no idea how to fix (followed tutorial https://www.youtube.com/watch?v=WxMwa0njGSM )

this is my edit view with and with out sub surf 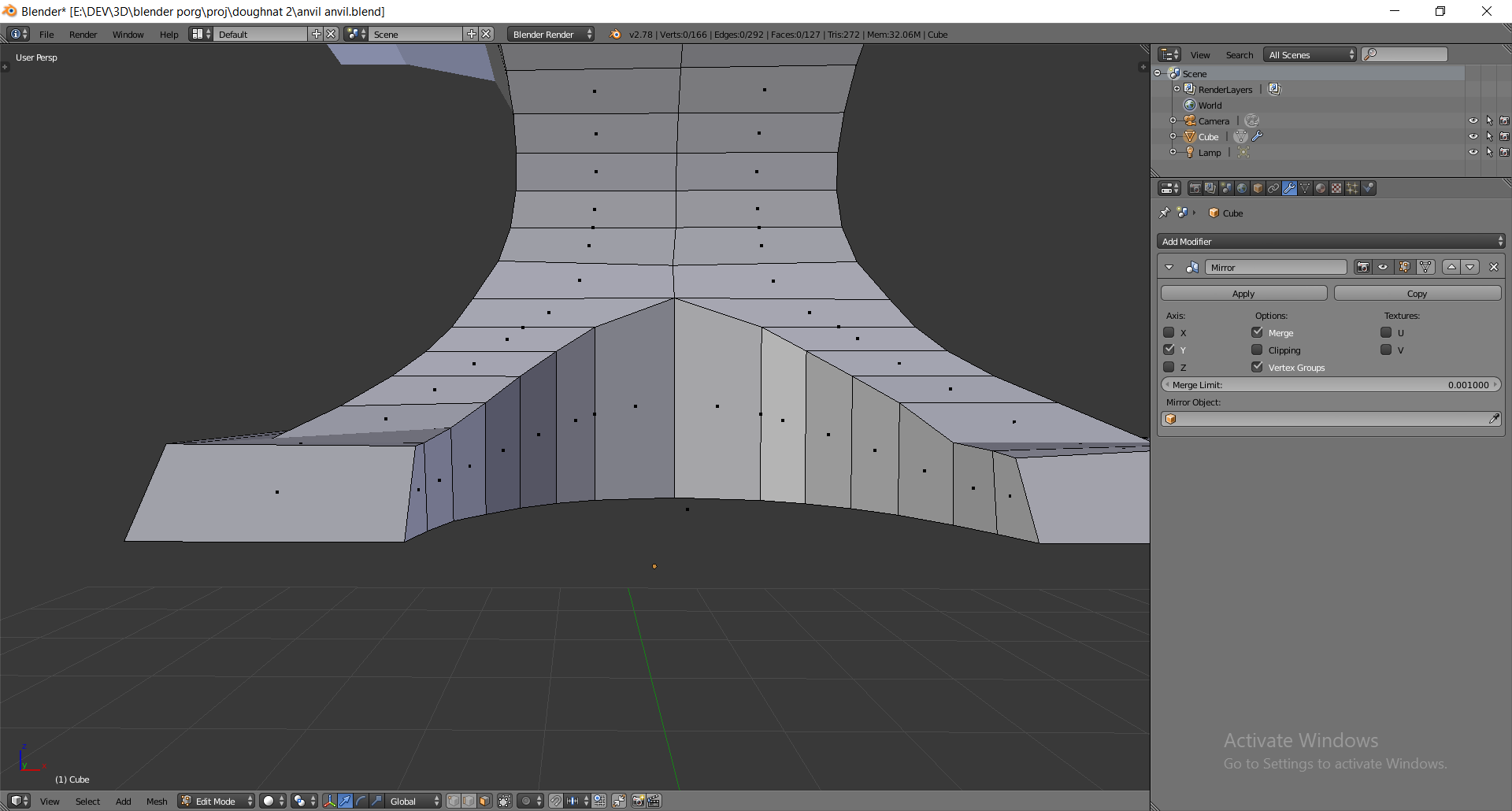 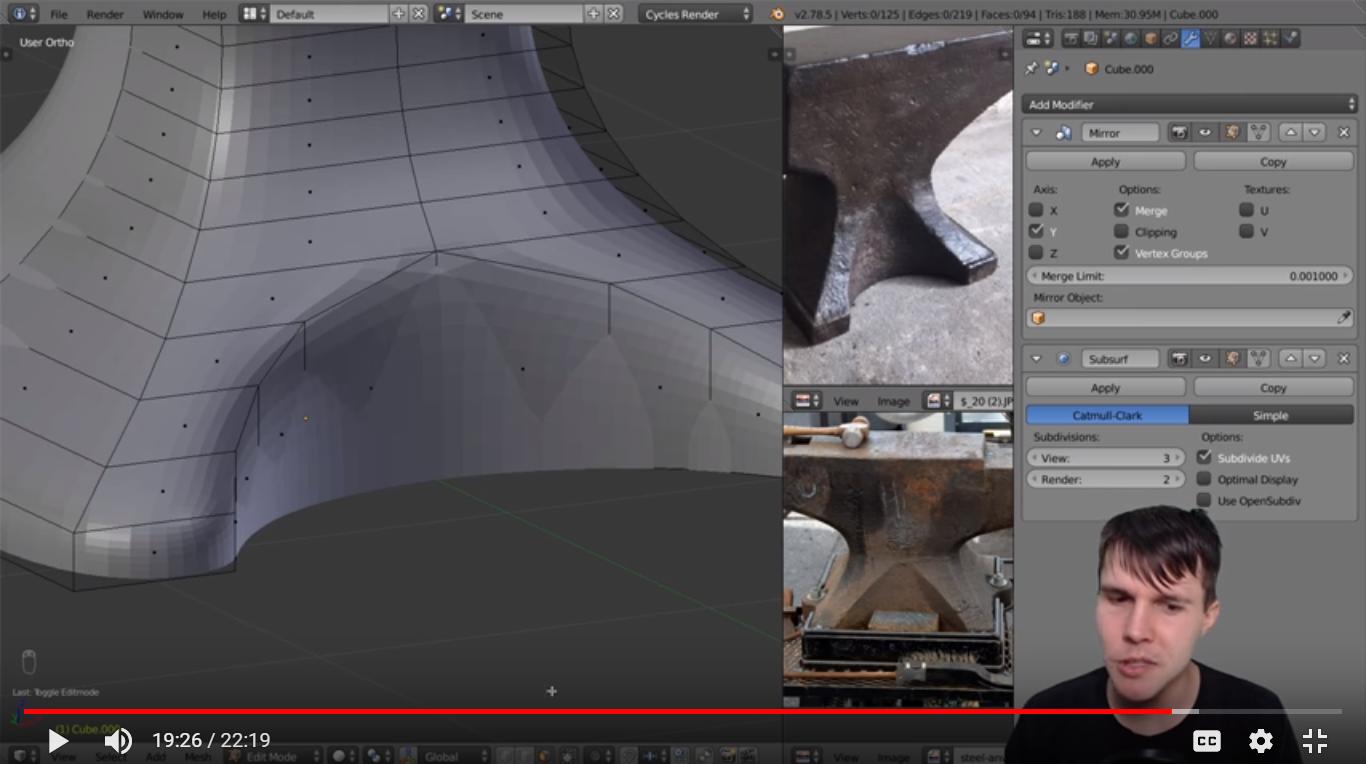 I guess your mesh has something different in the bottom: I think you have a single bottom face (N-gon), which is causing this issue...

if you have this (sorry for the horrible mesh, I'm before breakfast...) 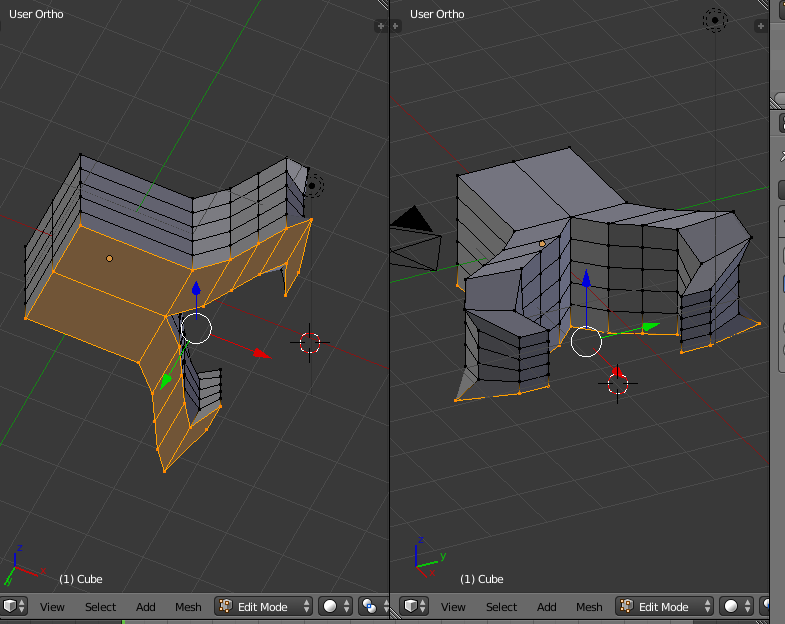 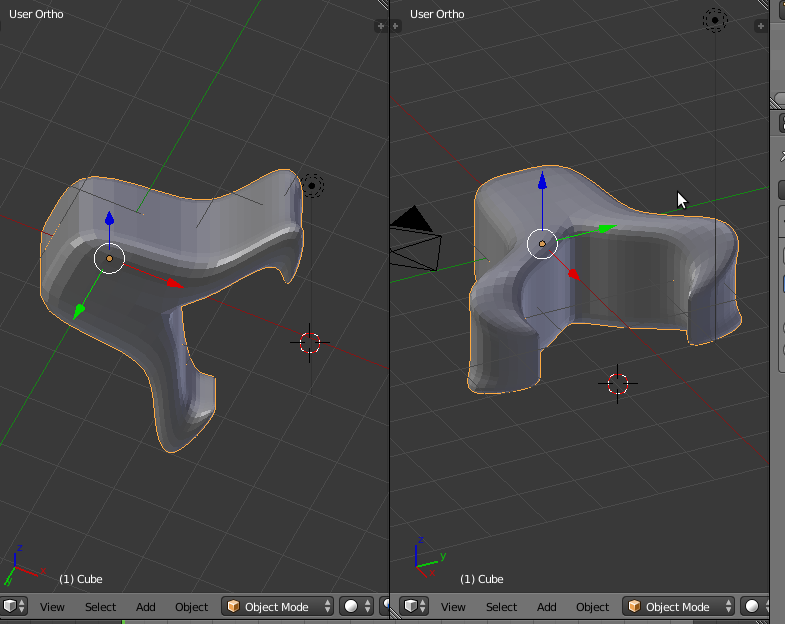 while if you have a single N-gon face 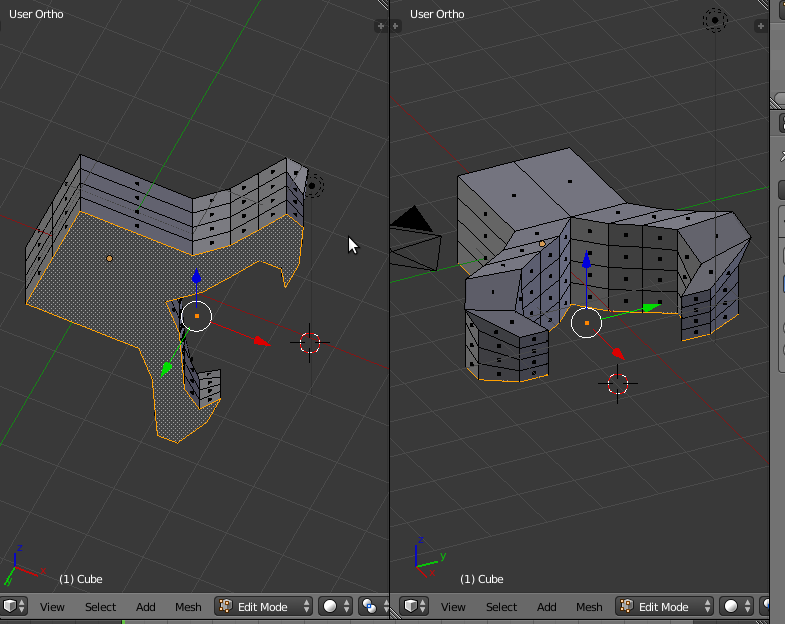 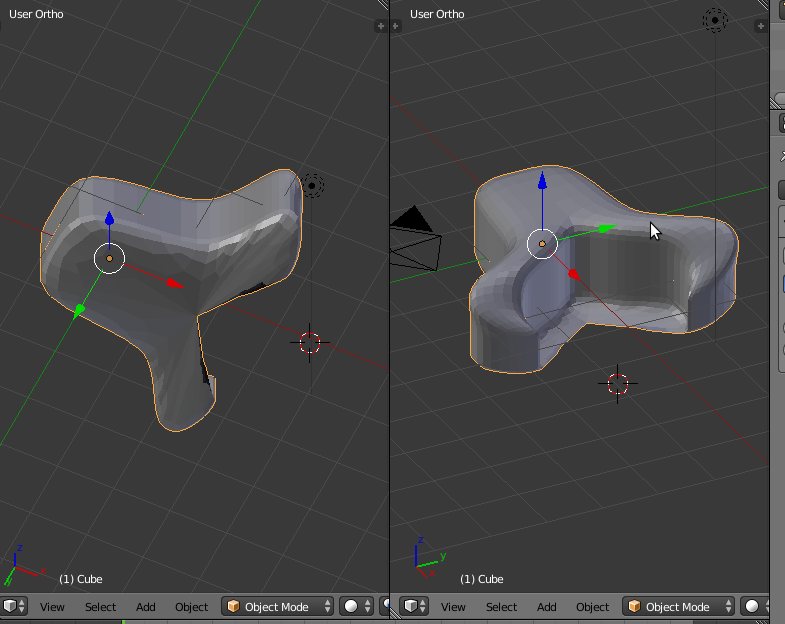 then edit your question and post the provided link...

edit: after getting your file I found that this model has (still) several issues: at the base there are still n-gons, ruining the subsurf effect, but overall it has some other modeling issues... giving aso bad mirroring results.

About the ngons, this what you have one side 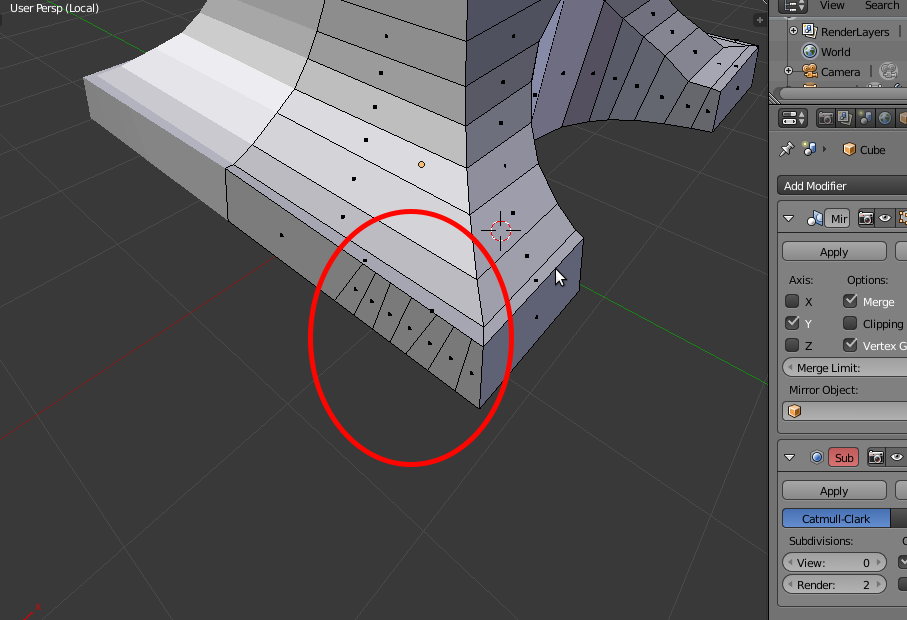 and the opposite is even worse 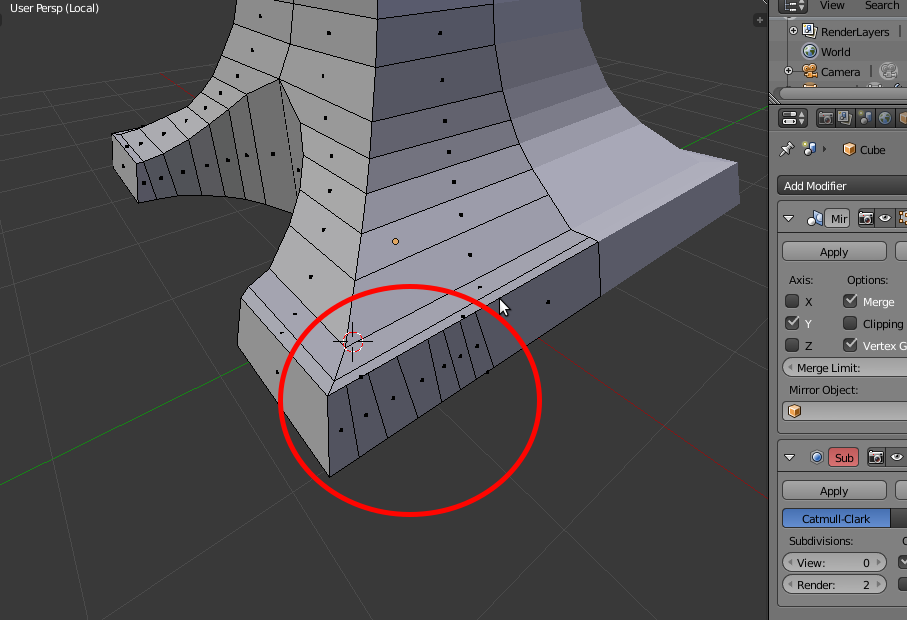 then below you have some faces with inverted normals 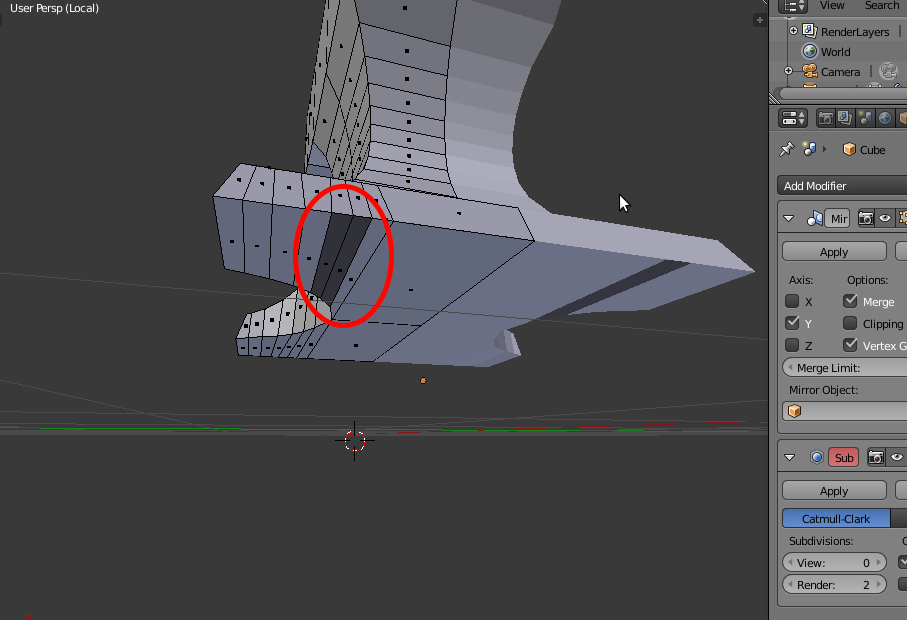 then again, its quite irregular on lines that are supposed to be quite linear instead: this ruins both mirror and subsurf 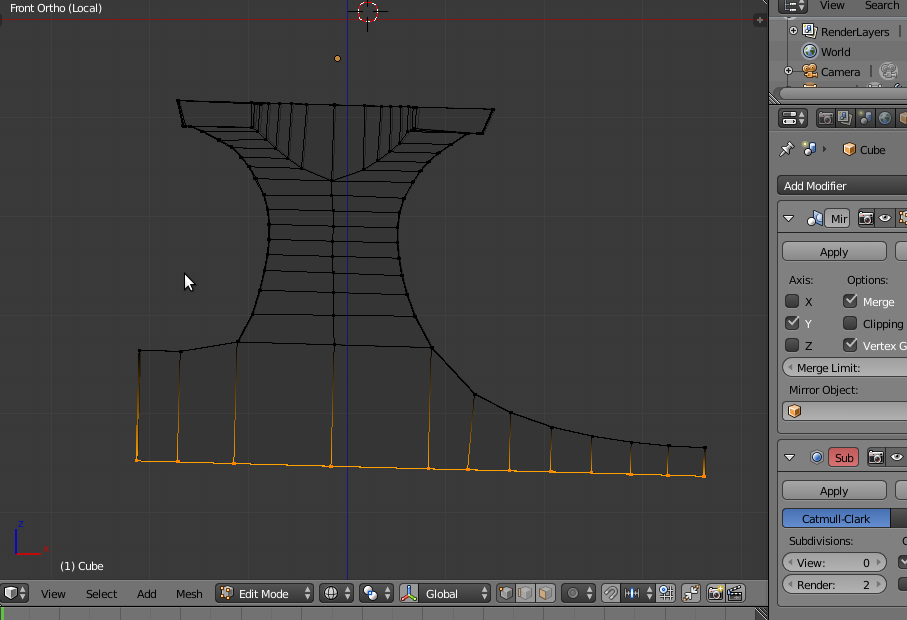 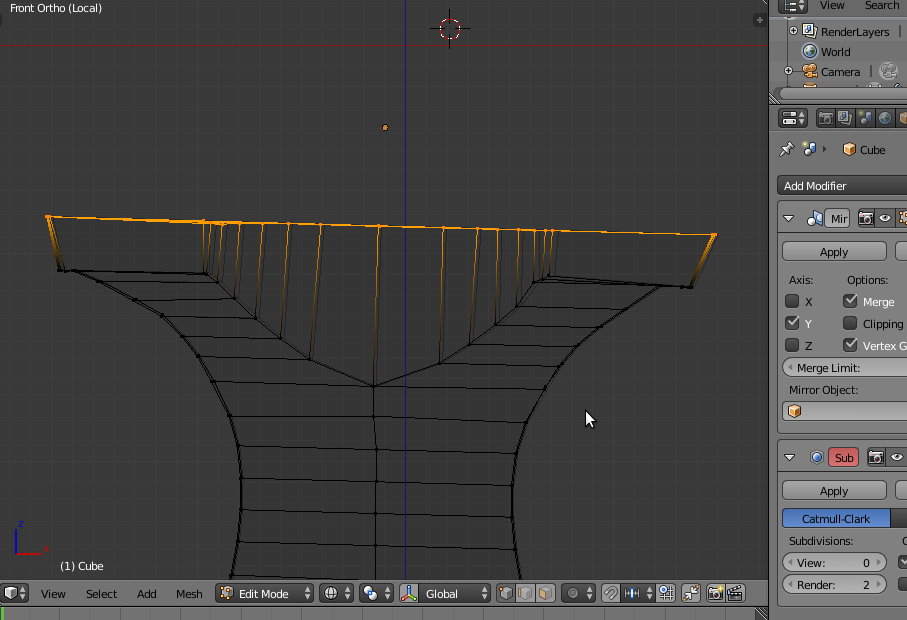 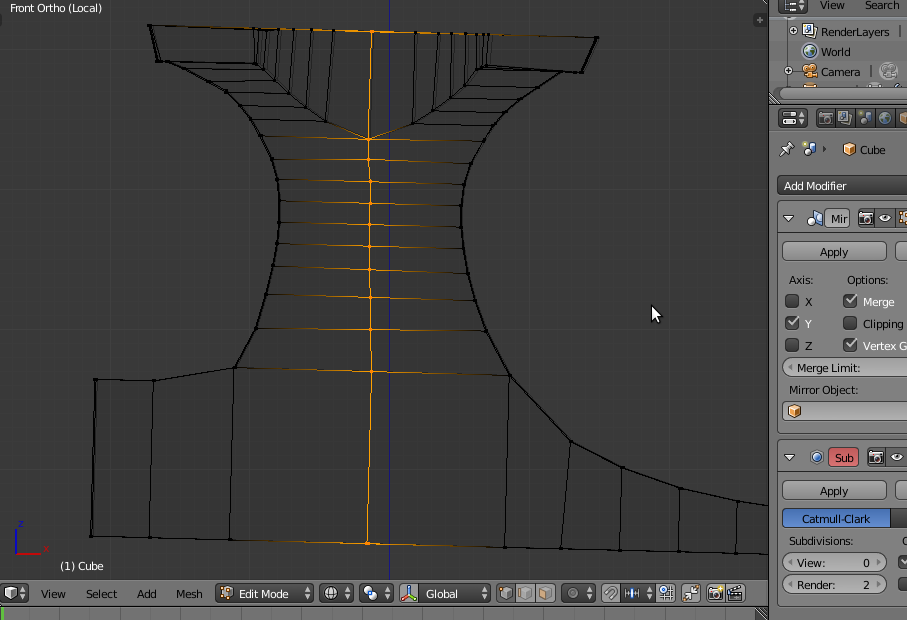 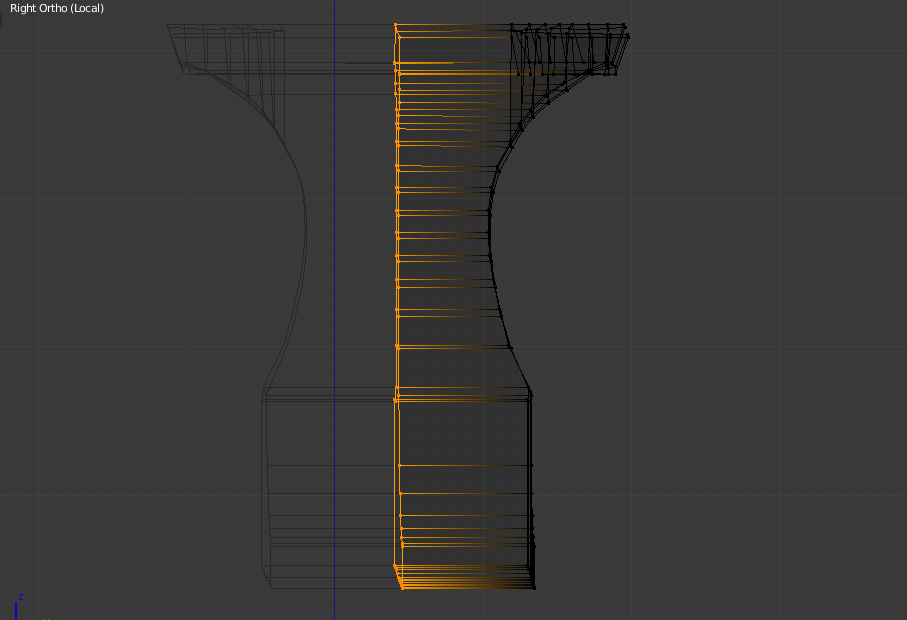 Nothing terrible, and it can be corrected, but I suggest you to try to model keeping an eye on such things, because it helps you model better, and get better results. First, I recalculated normals (select all in edit mode, then CTRLN)

Then I tried to remove those ngons, getting something like this 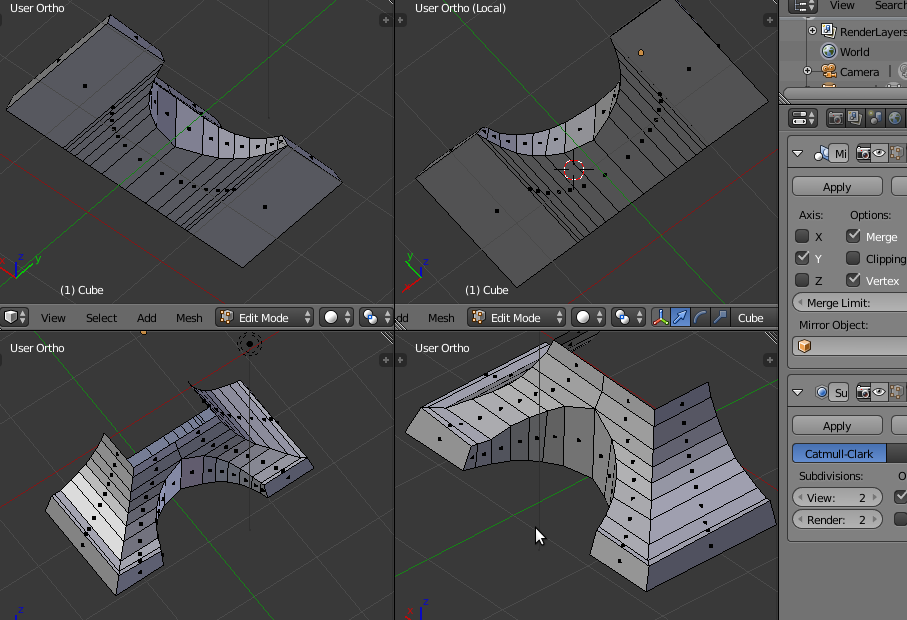 if you enable subsurf now, it looks better, but not at its best: 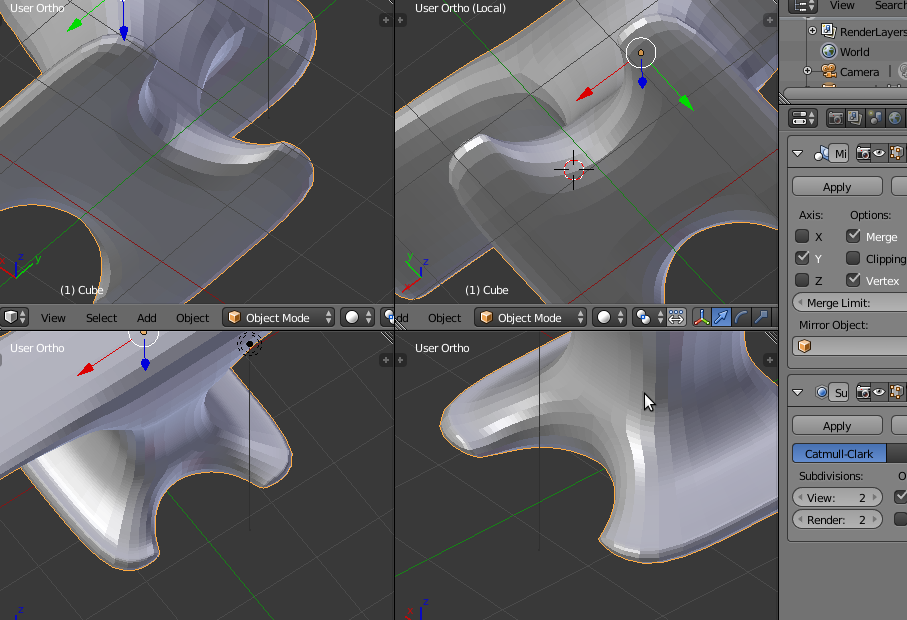 it lacks some subdivision at the base, eg: 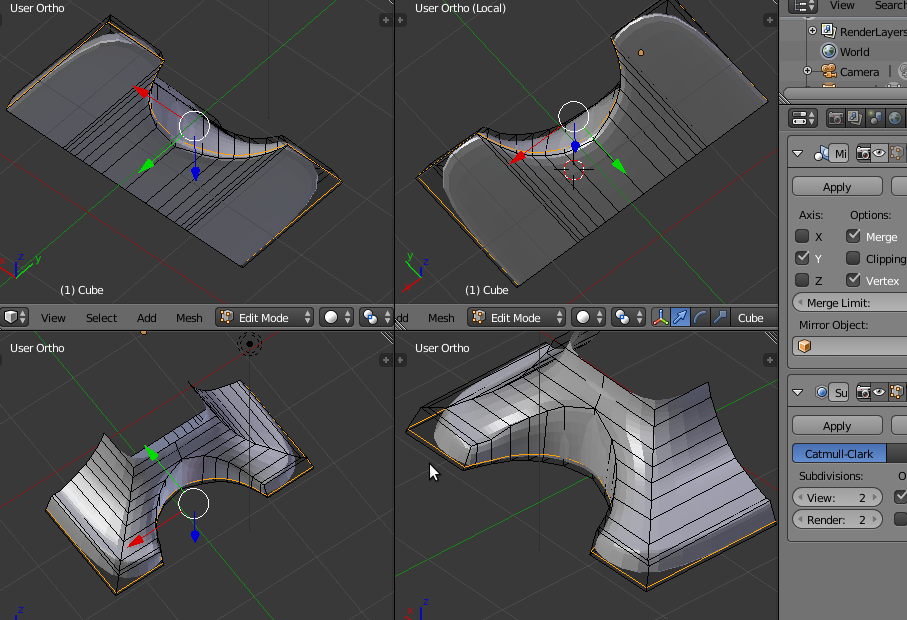 with this further subdivision, 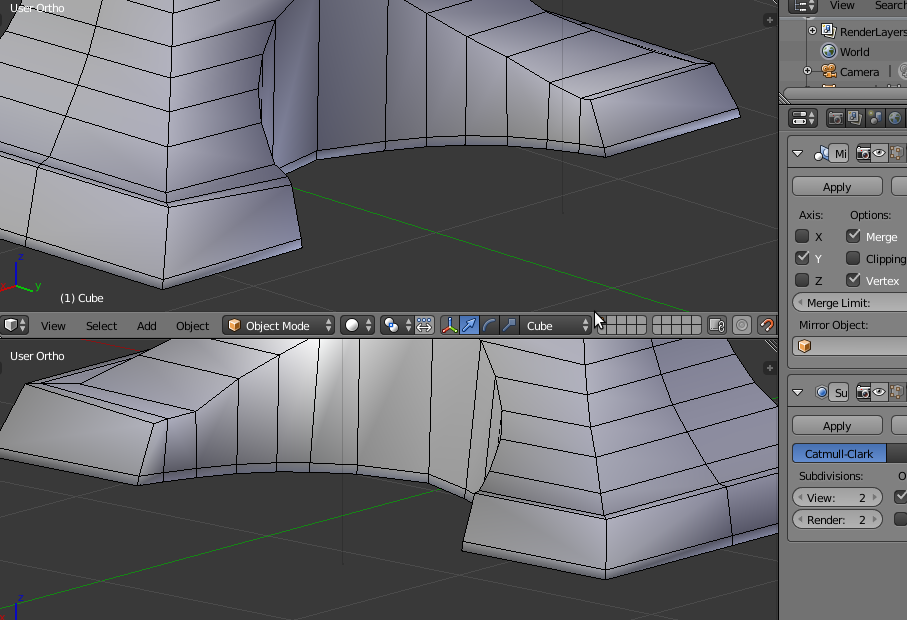 the base becomes more defined when you subsurf later 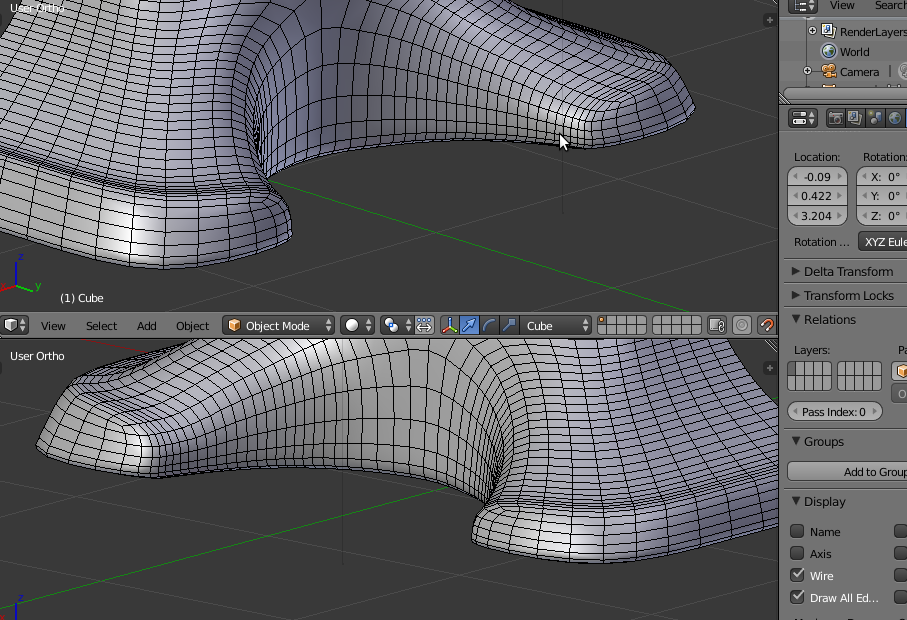 Here is the file a bit corrected (imho, it could still be improved)

You model has faces on the bottom but his doesn't, that is your main problem. Where you have the crease about halfway up is caused by faces inside your model. Go to face select mode, and in wireframe view you can easily select and delete the extra faces.

0
why my plate turn to normal map in object mode?
0
Blender Guru Anvil Tutorial Base Problem
0
When I add a subdivision modifier and smooth my model I get artifacts. Modeling a human head. Blender 2.80
0
Why does my sculpting not working like how it does on this video
0
Blender 2.8 faces not visible
1
Seam on edges of displacement map on rope
0
Why are there gaps in between my model?