I am very noob with Blender. I started playing VRChat and discovered that we can create our own avatar.

I had 0 skill with Animation programs, but I watched some tutorials on how to upload my own Avatar model to VRChat.

So I downloaded an Avatar from the net, used Unity to upload it to VRChat and successfully did it right, but there was no lip sync.

Therefore people advised me to use blender to do that, so I downloaded Blender and imported this avatar to it: I noticed that it has over 40k polygons which is double the polygons that Avatar needs to be to be uploaded to VRChat.

The problem is that the whole body including head, body, hands and legs are under one mesh, but I want to reduce only the body's polygons so that the face doesn't look messed up in the Chat.

Is it possible to separate the head from the body and have it separated mesh so that I can decimate only the body without changing the head and by keeping everything in tact without messing something like the bones and/or the lip sync ?

I will be very appreciated if someone helps me with that.

I'll try showing you some simple way to simplify (by hand) your model body: I downloaded a full body human mesh from this site.

The archive is compressed with .rar format, so you have to unrar it before (it's like a .zip archive, just different): find a suitable program for your computer system (eg: http://www.7-zip.org/, free and open source).

The extracted model itself, is in .obj format so you can't open it in blender directly, you have to import it: blender has a "Wavefront (.obj)" importer by default, use it with default settings, it works well.

You get this model: 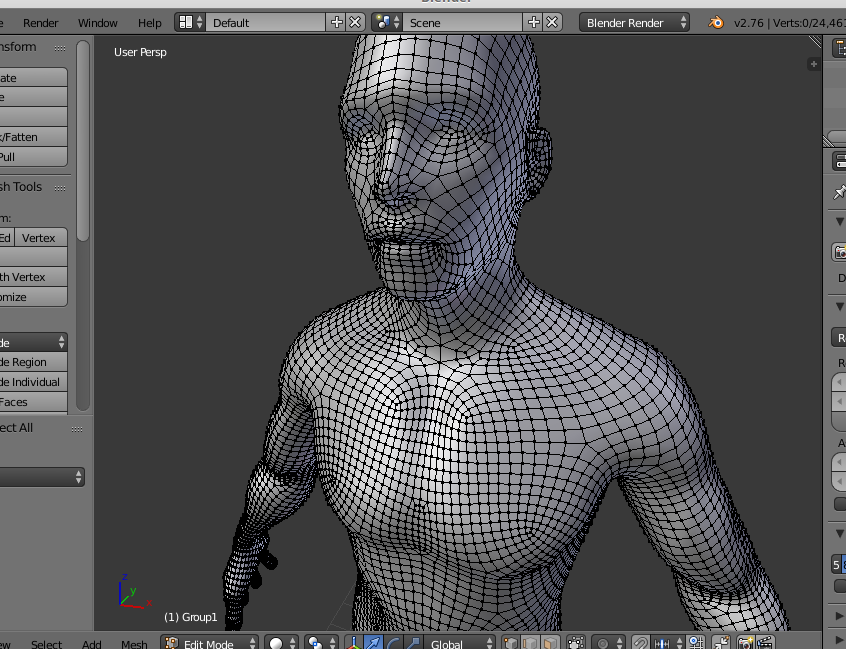 how to simplify it body without touching its head?

example: select a "loop" of vertices (this is a particular one that goes over all the model'storso) 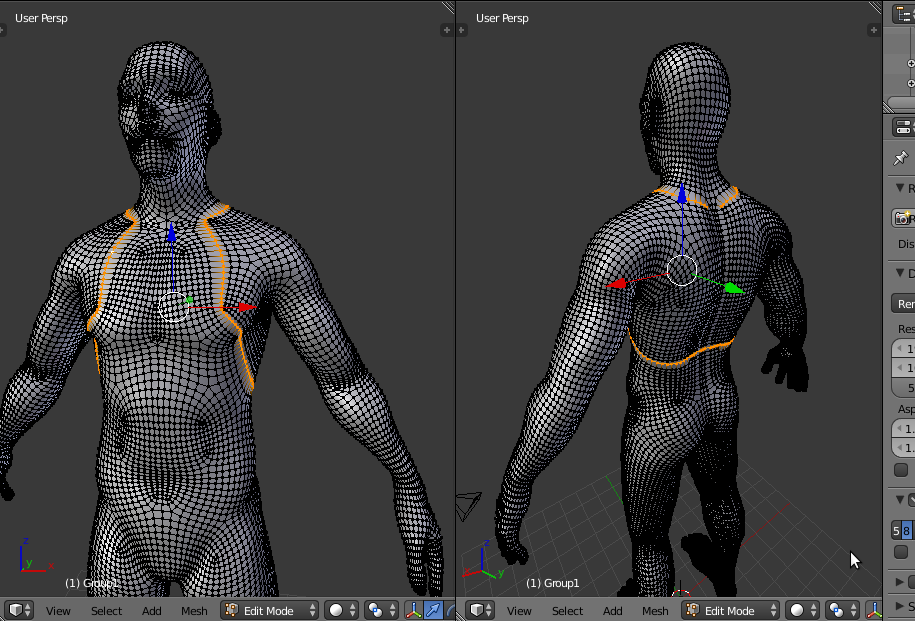 select two vertices sharing an edge, like in the picture below,

and in edit mode use the

you can also get the same menu floating, like in the picture, using the shortcut CTRLE 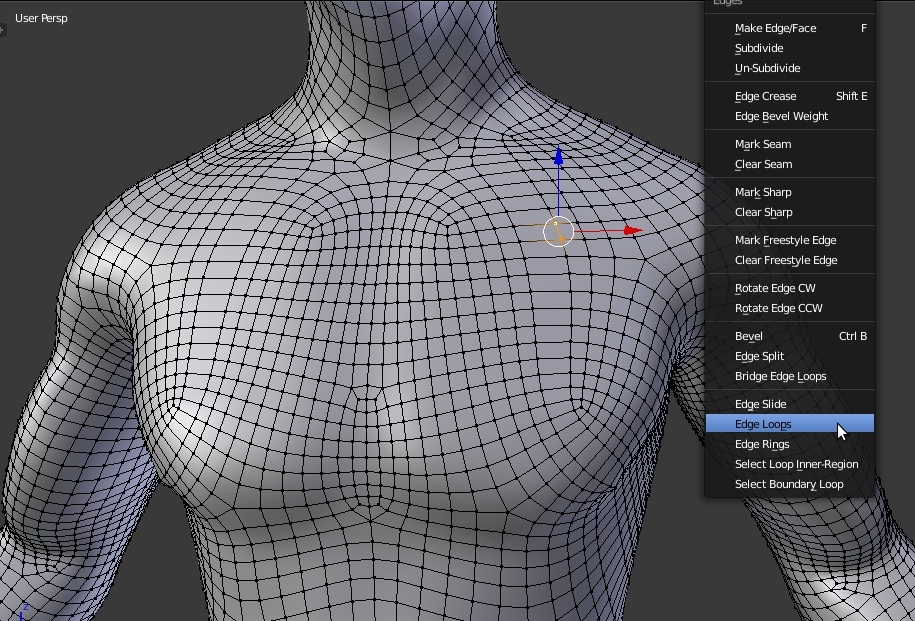 anyway you can select loops in any way, with the many selection tools of blender...

tip: a useful simplified way to select a loop is to select one of its edges while keeping pressed the ALT key (and, as always, SHIFT if you are adding to a previous selection)

now the loop is selected, 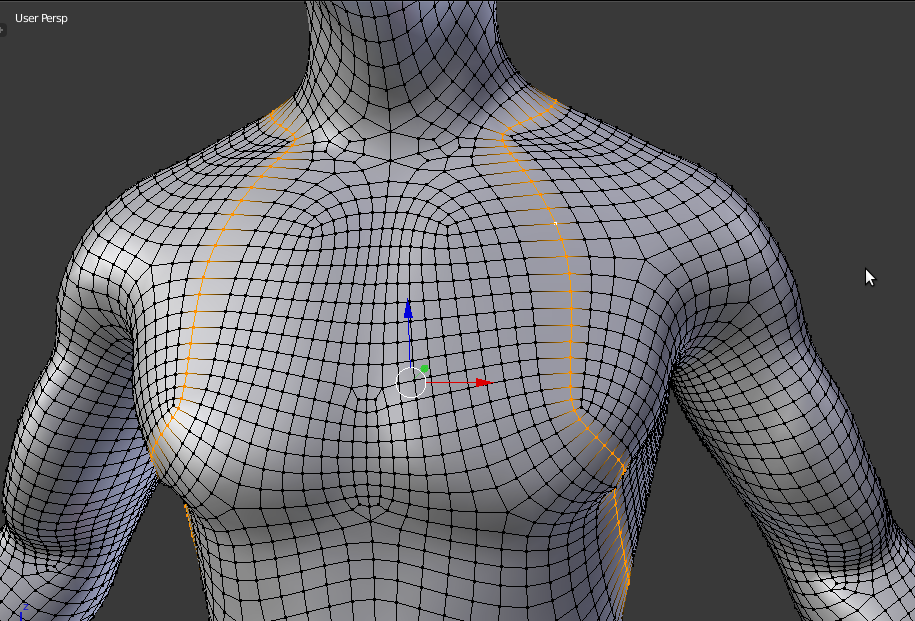 now press X to get the "delete" menu, and use "dissolve edges" 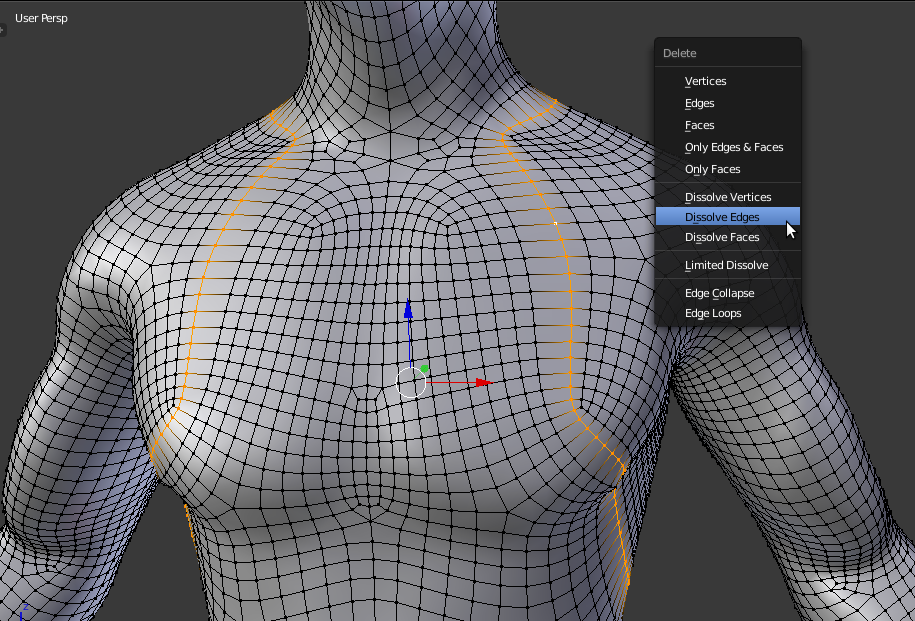 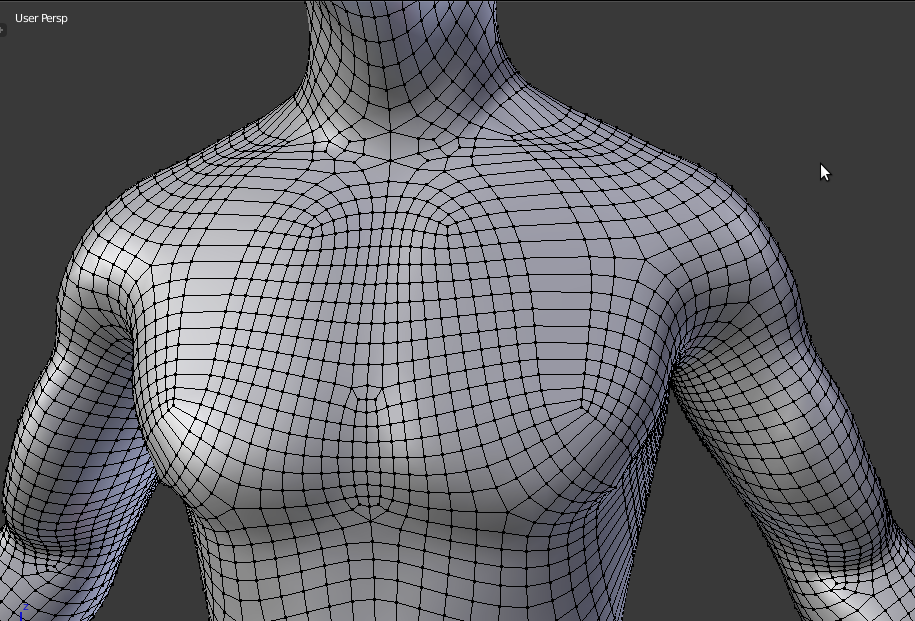 you can also "dissolve" several edge loops together:just leave some loop between them, like here: 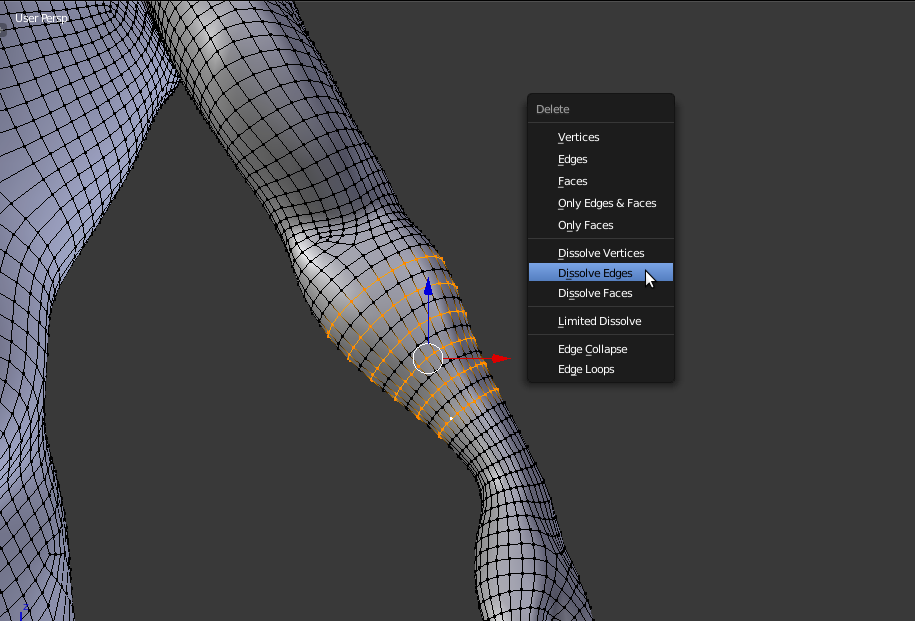 and you'll simplify it faster 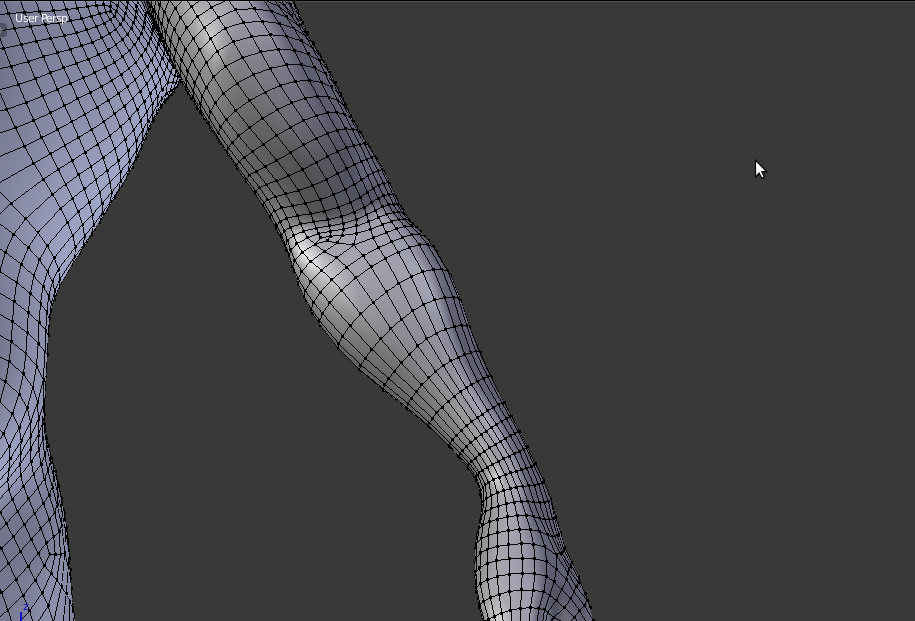 that's it, you reduced you vertex count without ruining your shape!

you can do this on arms, legs, torso, just be sure to do it simmetrically, and just where it don't alter too much your body shape and... don't loose your head :))

after importing your real model into blender (using mmd_tools addon), I saw it's quite dense, but made of triangles instead of quads... 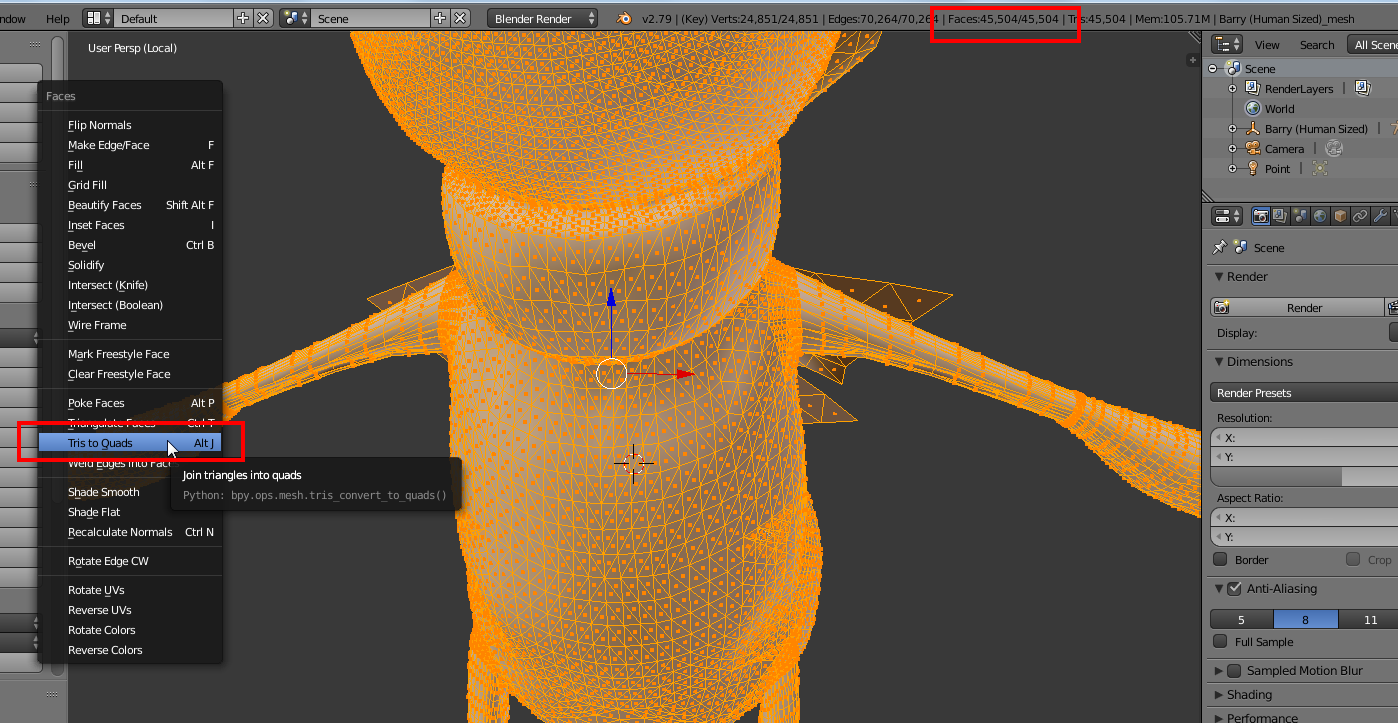 as said below in comments, loops work only on quads, but fortunately blender can convert triangles (tris) to quadratic shapes (quad) - 2 tris become 1 quad. with this menu command: 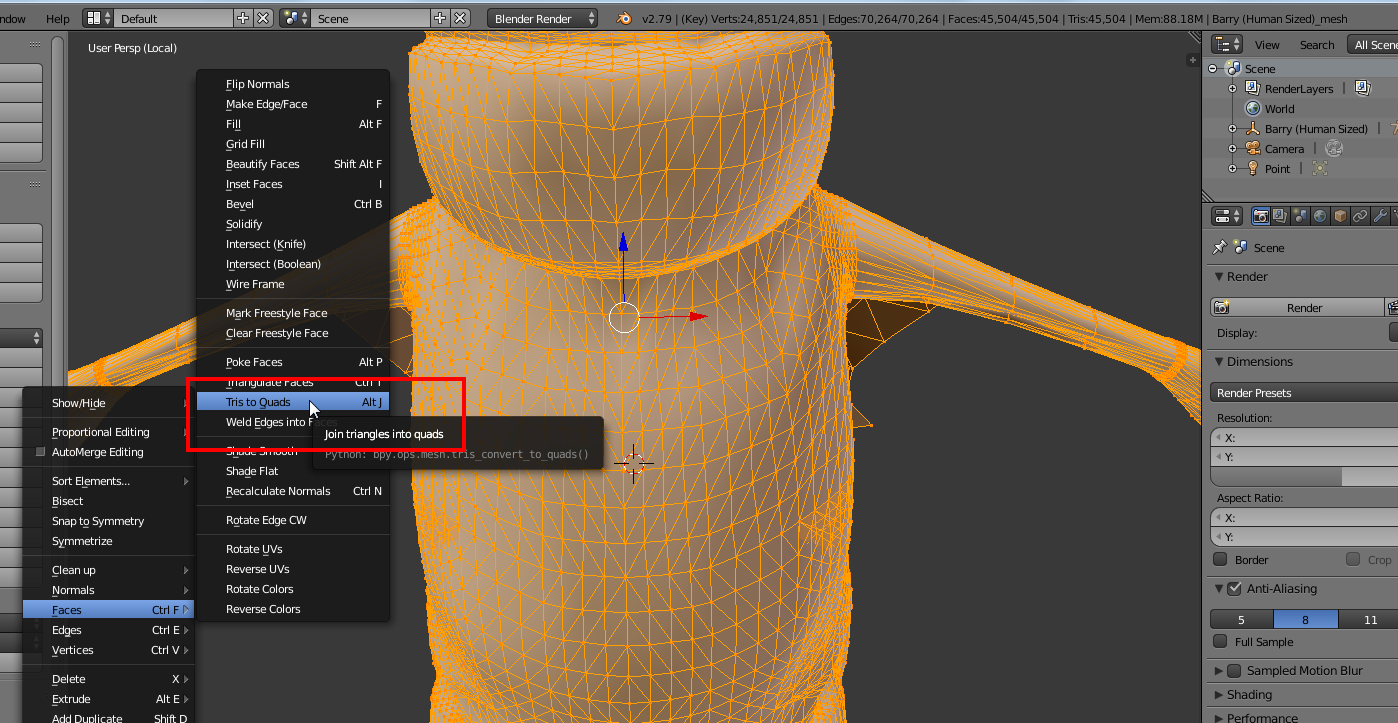 after which you get your model almost entirely in quads 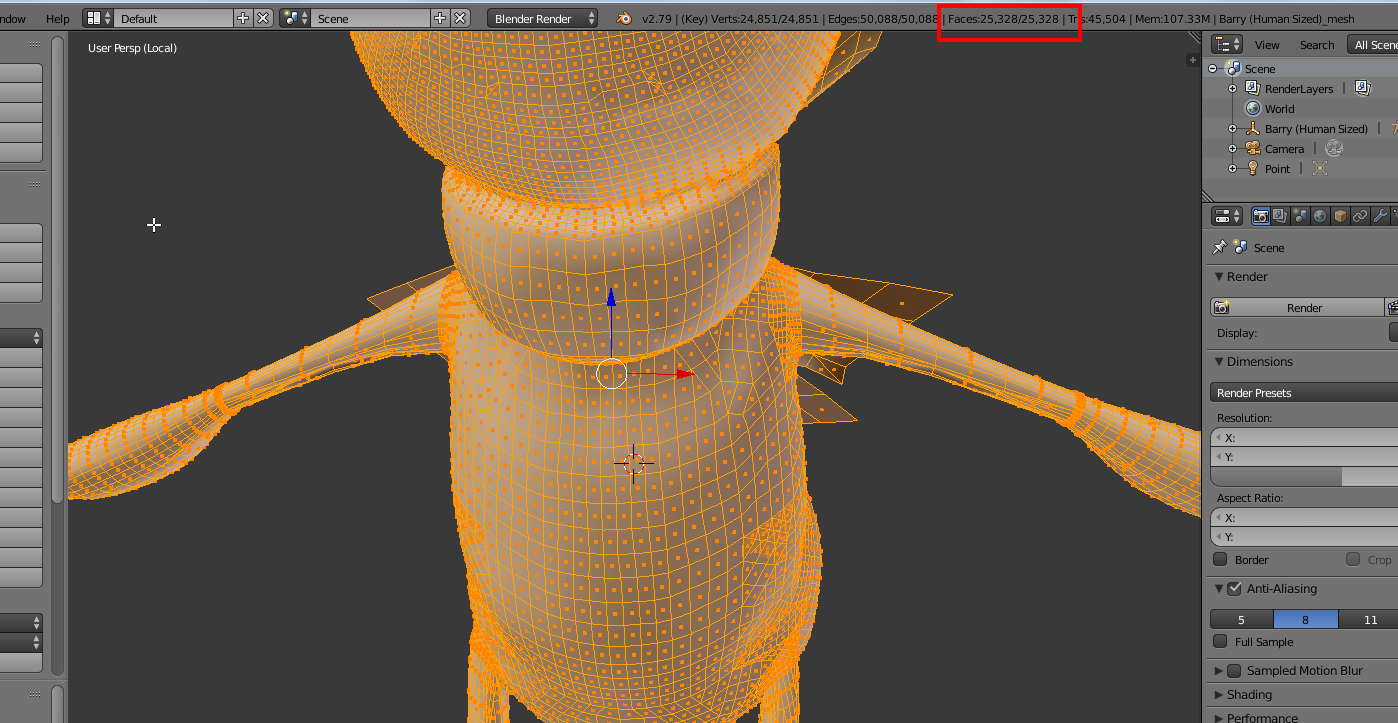 Then I noticed another problem: there are doubles (how I noticed? some loop was still not working, so I guessed that... experience)

So you have to remove doubles first: in edit mode, press W to get the "specials" menu and press "remove doubles" 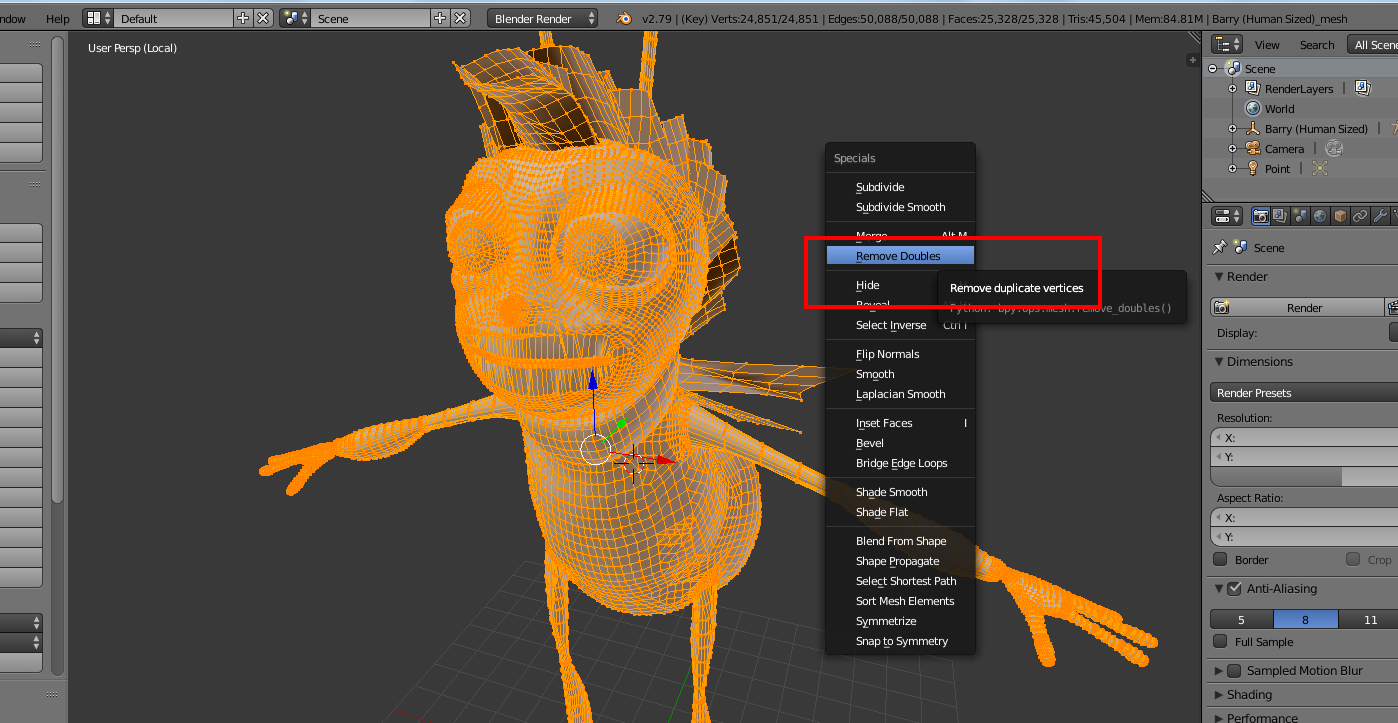 you see there were some 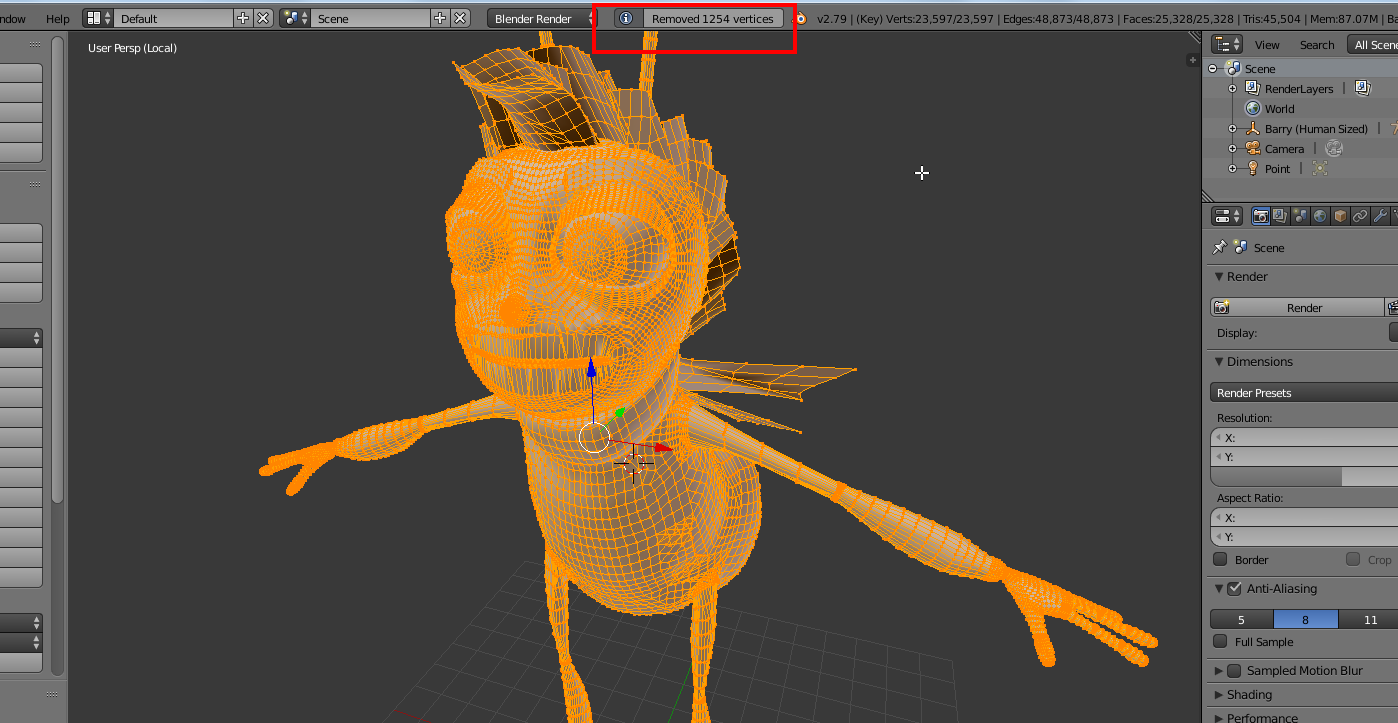 Now loop tools work as expected, and you can try my suggested path above 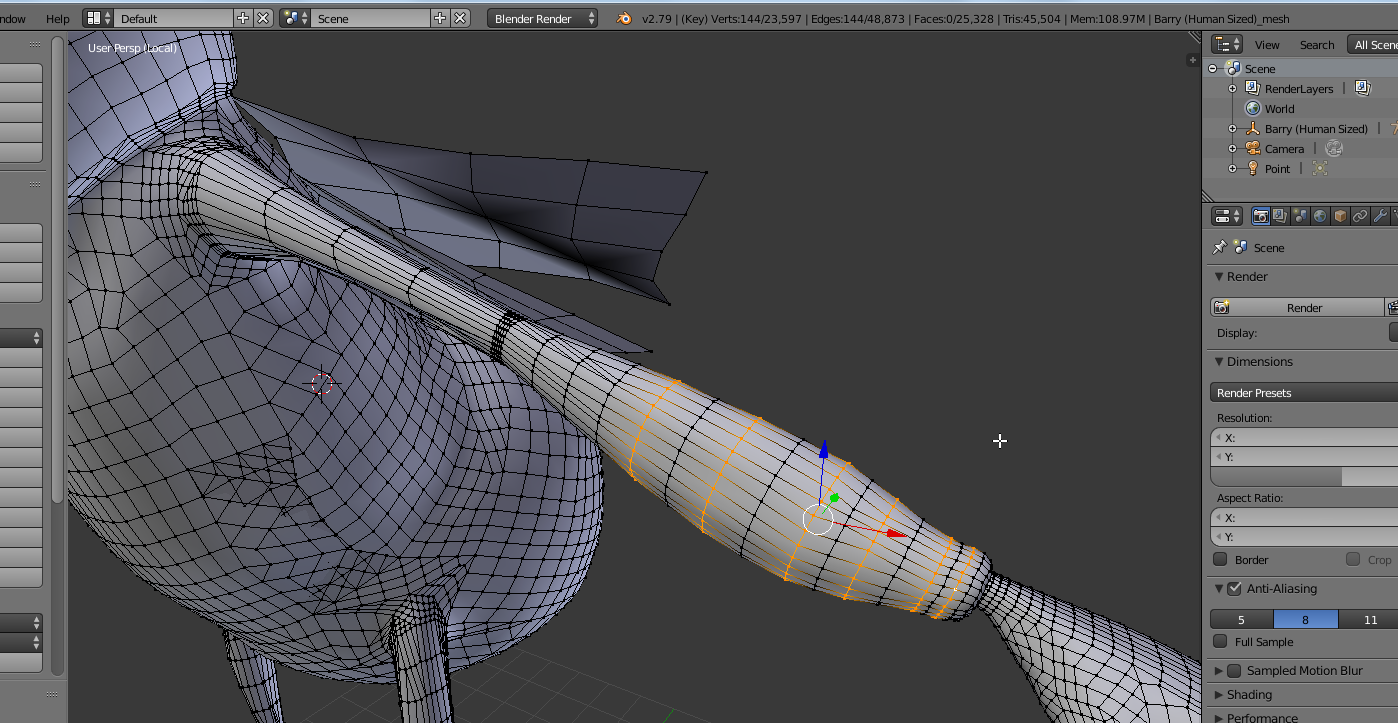 You may have noticed that converting 2 tris to 1 quad has reduced total faces count (of course) from about 45k to 25k. But exporting back your "quad" model to pmx, triangles will be restored by the exporting process (so 1 quad will become 2 tris). So, based on your question info, you'll have to reduce your "quad" model below 10k quads, acting on body obnly, I guess. It's a lot!

I also noticed your model is fully rigged, so it could be ready to be animated in VRchat? ...if yes, of course, reducing body vertices could make it move differently than intended, who knows.

It's not as easy as those people that advised you to use blender thought perhaps. It can be done, imho, but it will require a lot of tries and patience, and restarts if it becomes a mess...

you can split your mesh easily in blender, too. select head vertices, the press p, and select "selection", Done. And you can act on body only. But if you later need to join that head with the simplified body, it will be worse. And if the model is to be animated in VR chat, using the full armature that the model has, it will be even worse, trust me...

But you can try different things, at least!

about your last comments, and the fact that you can't reduce much triangles... yes, it is impossible to get below 20k triangles if you don't want to edit the head... 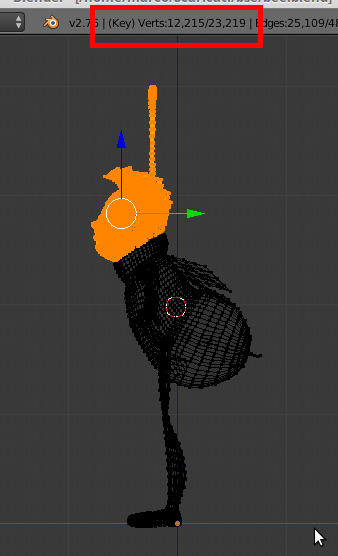 as you see, your head alone (selected) is made of over 12.2k quads, ie: around 25k triangles... that does not deend on blender tools, it's just how this bee is done.

If you want to go below 20k for the entire model, you must edit the head also... sorry...

M.ardito answer is a really good option. Use his method if you want a precise editing done by hand. It will take time and patience, but you will surely get a good result. I have instead a more automated method, limited dissolve, which is more rough (and evil).

Since you said you don't have experience with Blender, I'll show every step (I used a model made in 5 seconds because your link doesn't work): 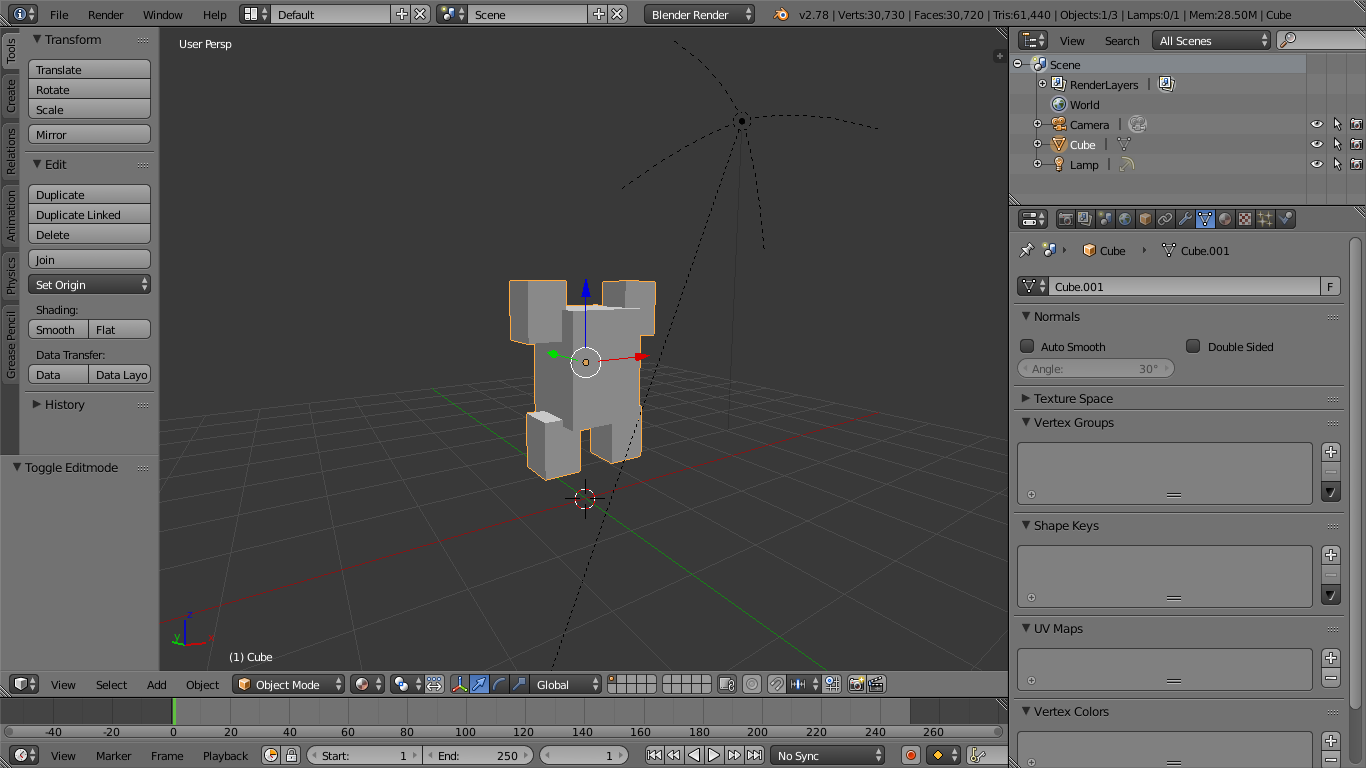 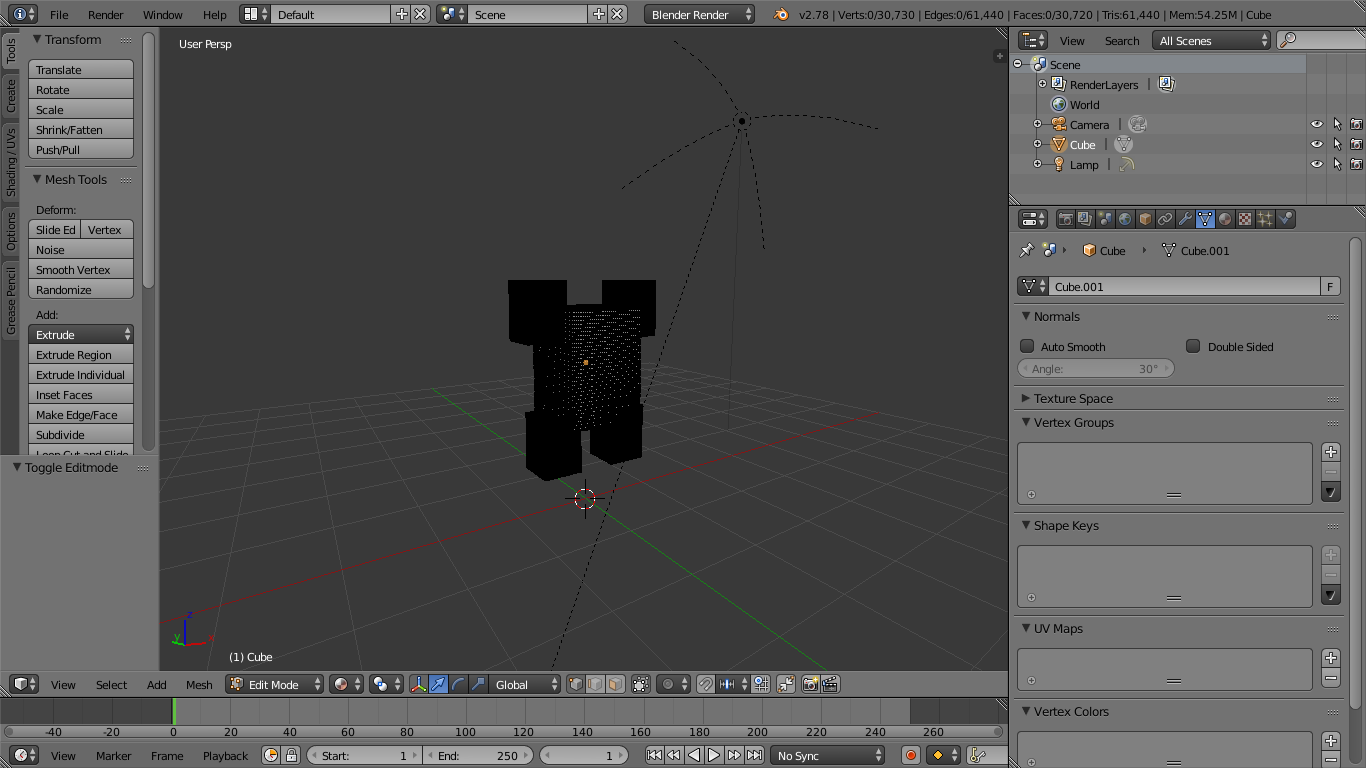 Step 2: Press "A" to select all the vertexes 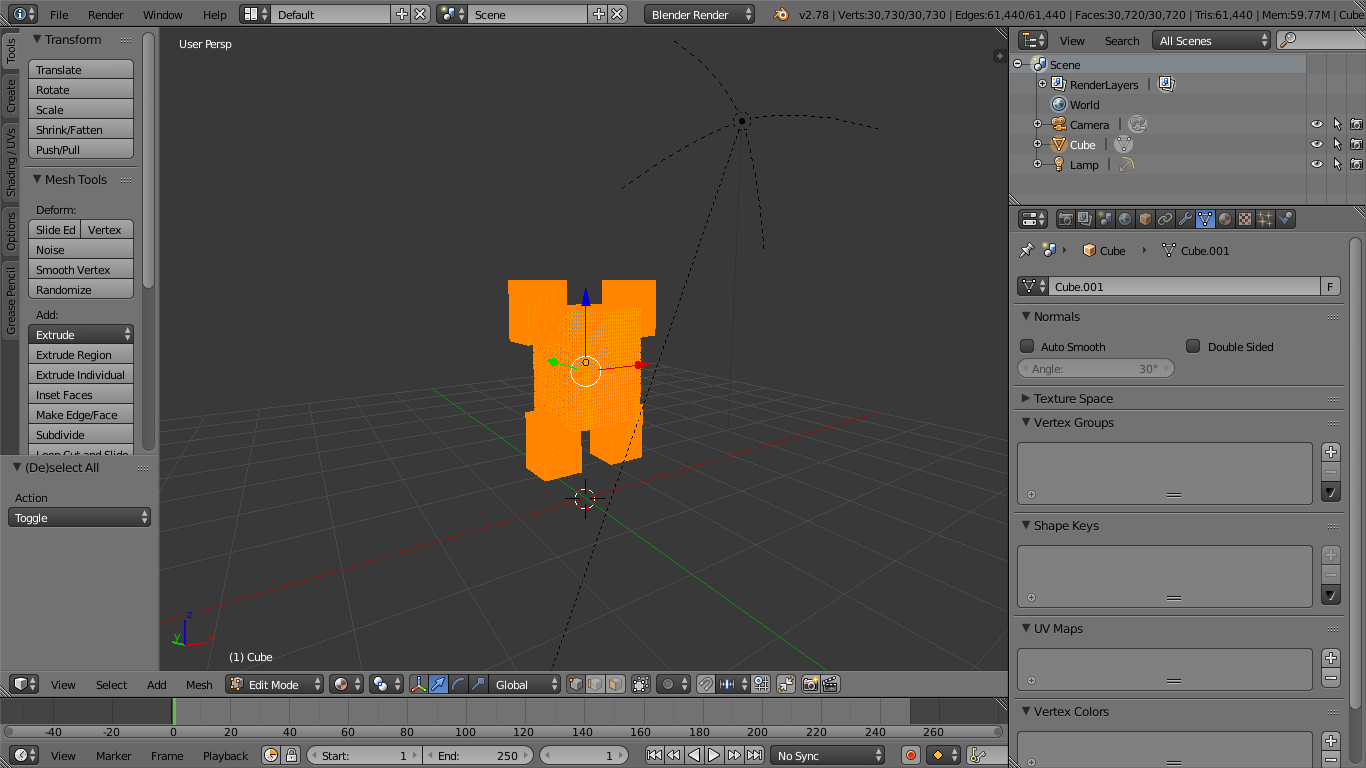 Step 3: Deselect the parts you don't want to simplify

Press "C" to select the Circle select tool. With this on, click middle mouse button to deselect. 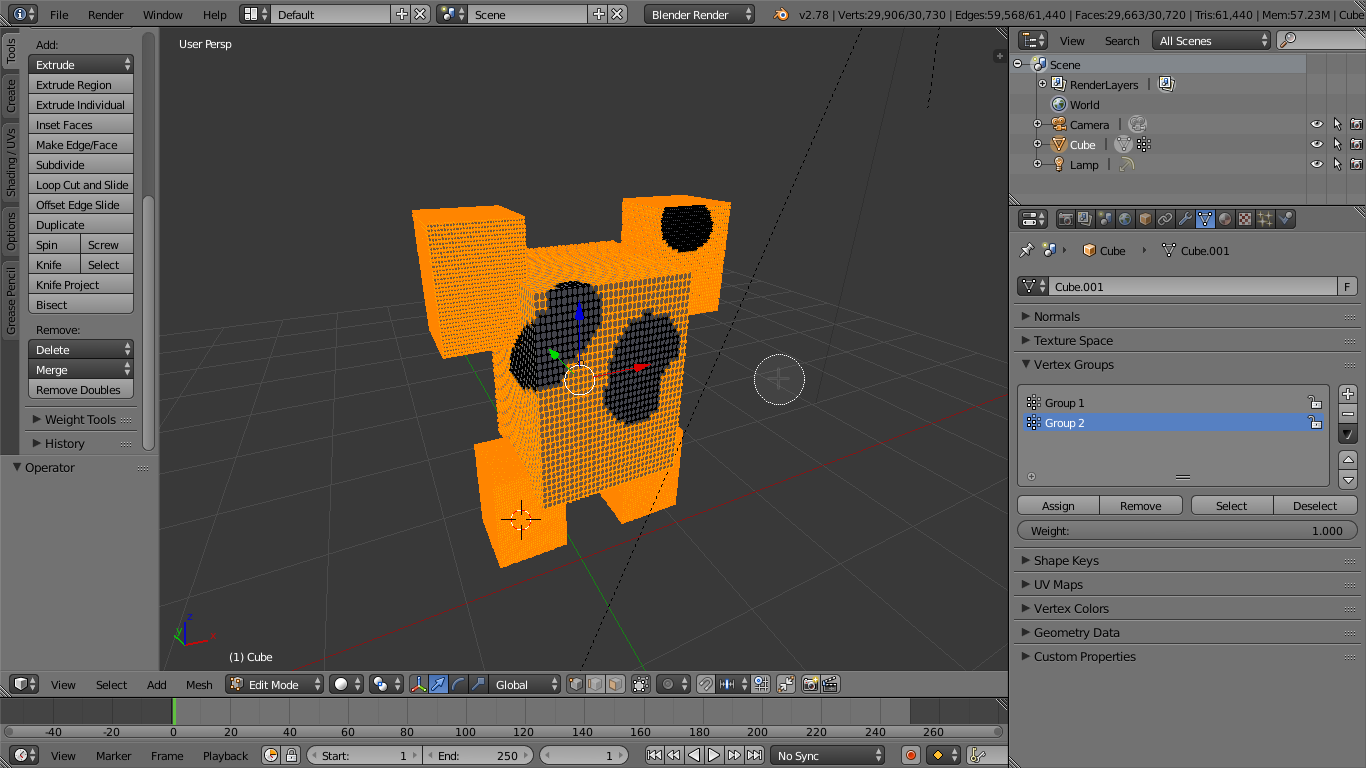 You may find difficulty selecting some vertexes, for example if some parts overlap or are near. To workaround this, you can hide vertexes, by selecting them and pressing "H". If you want to show them again press "Alt"+"H". You can also use vertex groups in the object panel to help you: 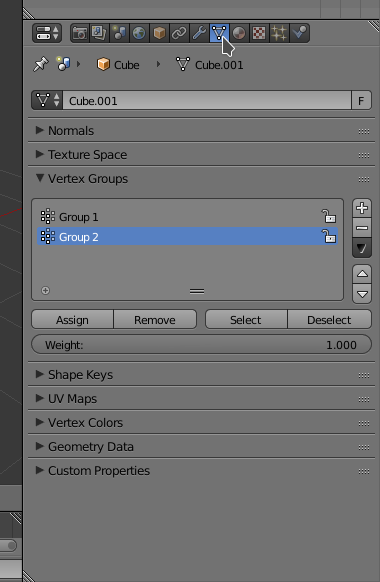 Choose the method which you find most comfortable. In my case, I would select with Circle tool the vertexes I don't want to simplify, hide them, see if I want to change something, unhide them, add/remove vertexes, and once you have all the vertexes you don't want to be optimized press "Ctrl"+"i" to invert the selection, and proceed to next step. Notice that you can change the circle tool size by moving your mouse wheel.

Once you have all the vertexes you want to delete selected, go as shown in the image to "Limited dissolve": 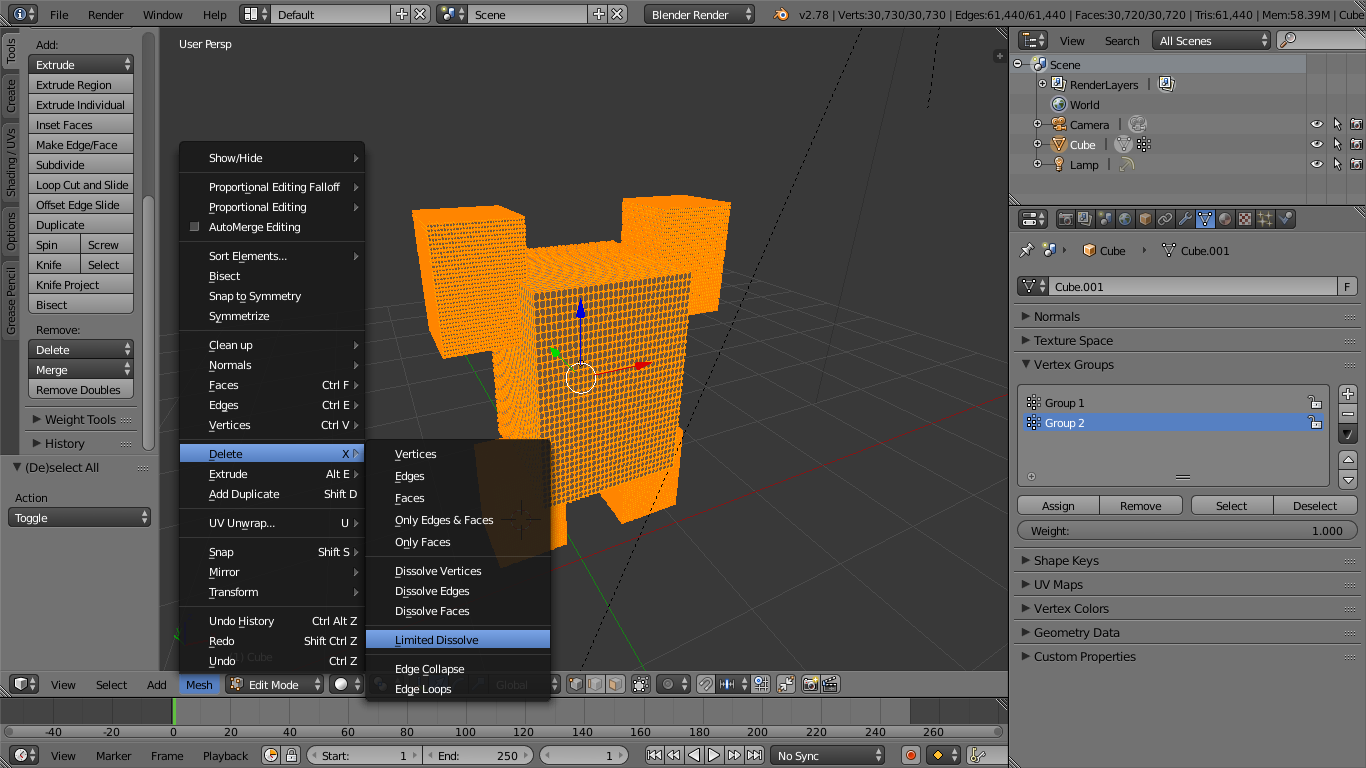 The Limited dissolve tool optimizes based on an angle, see next image (if you don't get this menu, move the mouse cursor to the screen where your character is, and press "T"): 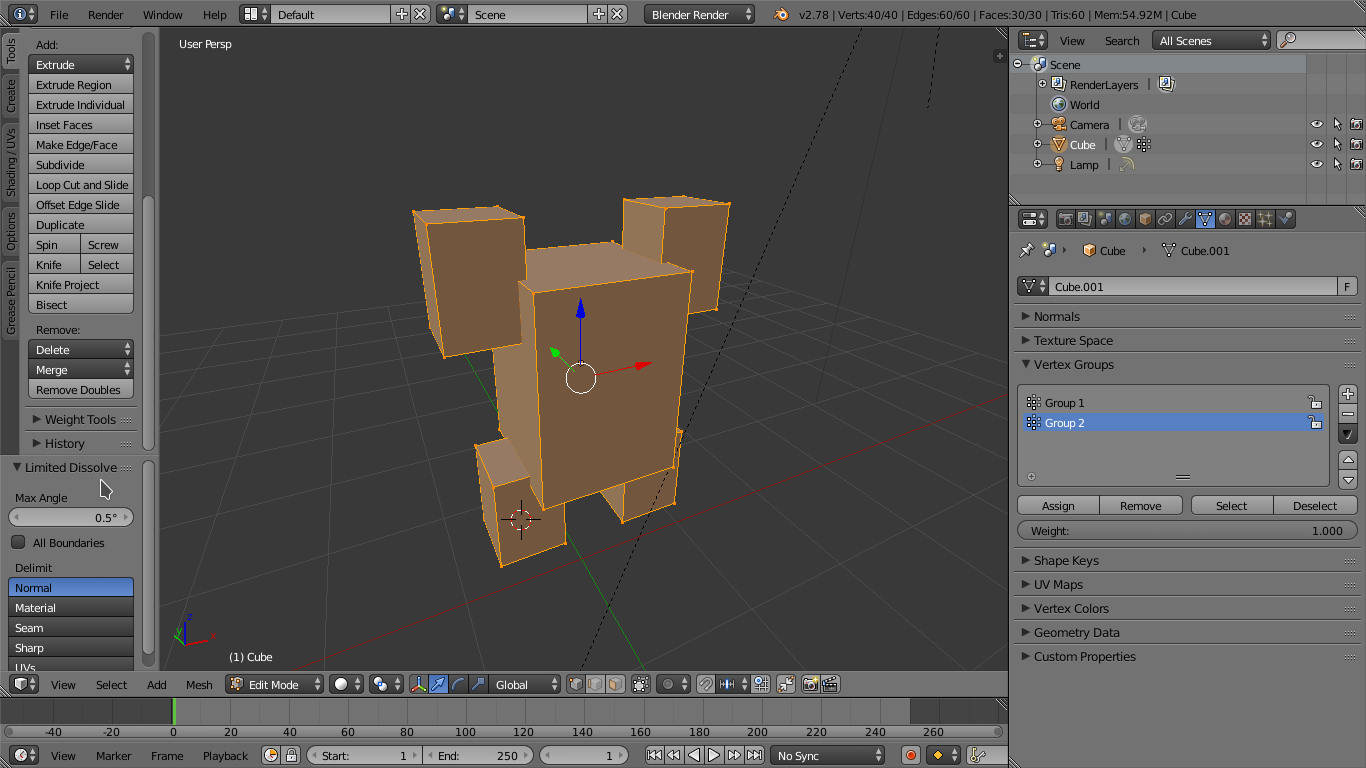 As you can see it optimized my vertexes to 40. This is both minimal and maximum optimization, because there were no angle at which there were more or less vertexes, my cubes basically had 6 faces each, with no curves, just some straight 90 degrees angles, so the tool gave me this result. With your character instead it will work better, optimizing the position of the vertexes. I recommend not going under the 20000 vertexes you said, since it may cause problems to the rigging system (I actually never tried this on a rigged object). Keep changing the max angle according to that. I hope this solves your problem :) .

3
How to create recesses in a curved surface?
0
Should I model a humanoid body as separate body parts?
1
Why does my model tear apart at its vertices when attempting to pose?
1
What is the best tutorial or method to model a head?
0
How do I reduce extra unnecessary geometry from an imported model?
0
How to combine low and high poly mesh