How do I make tank treads without the treads becoming distorted?

I wanted to make realistic tank treads, perhaps for a game, that would not become distorted by the curve modifier. How do I make the links properly follow the curve, only rotating the the joints of the links? 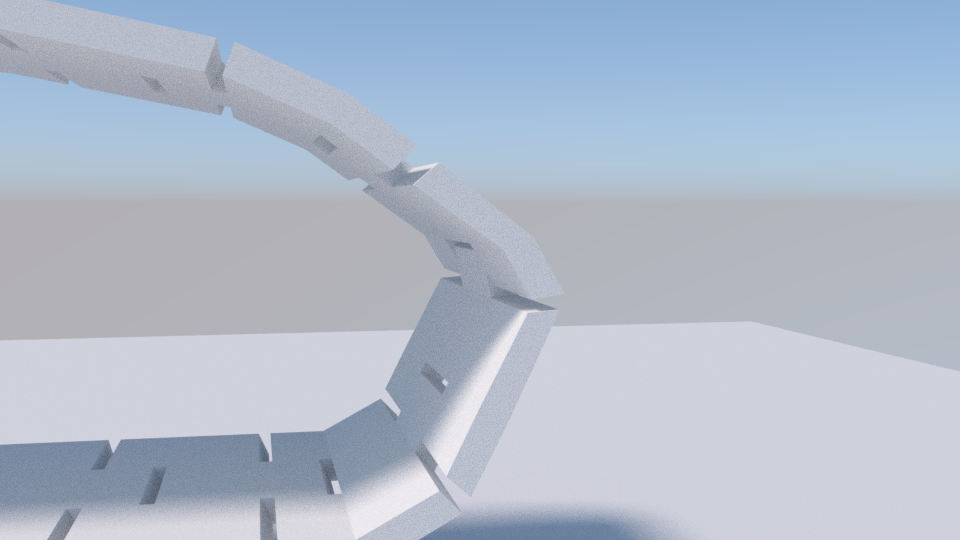 Besides the comments provided, you can also avoid this by not having geometry along the X-axis that lets the object bend. 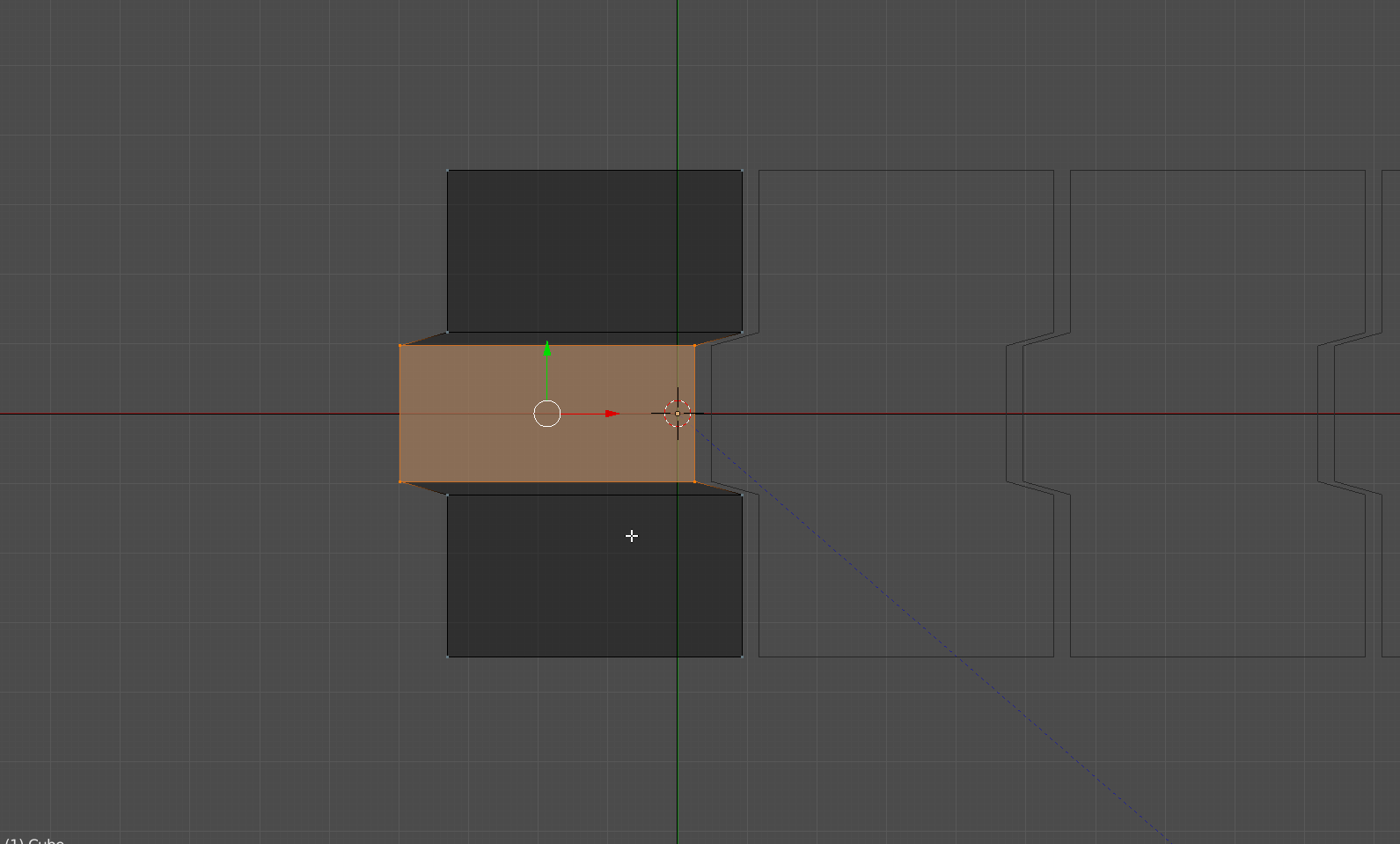 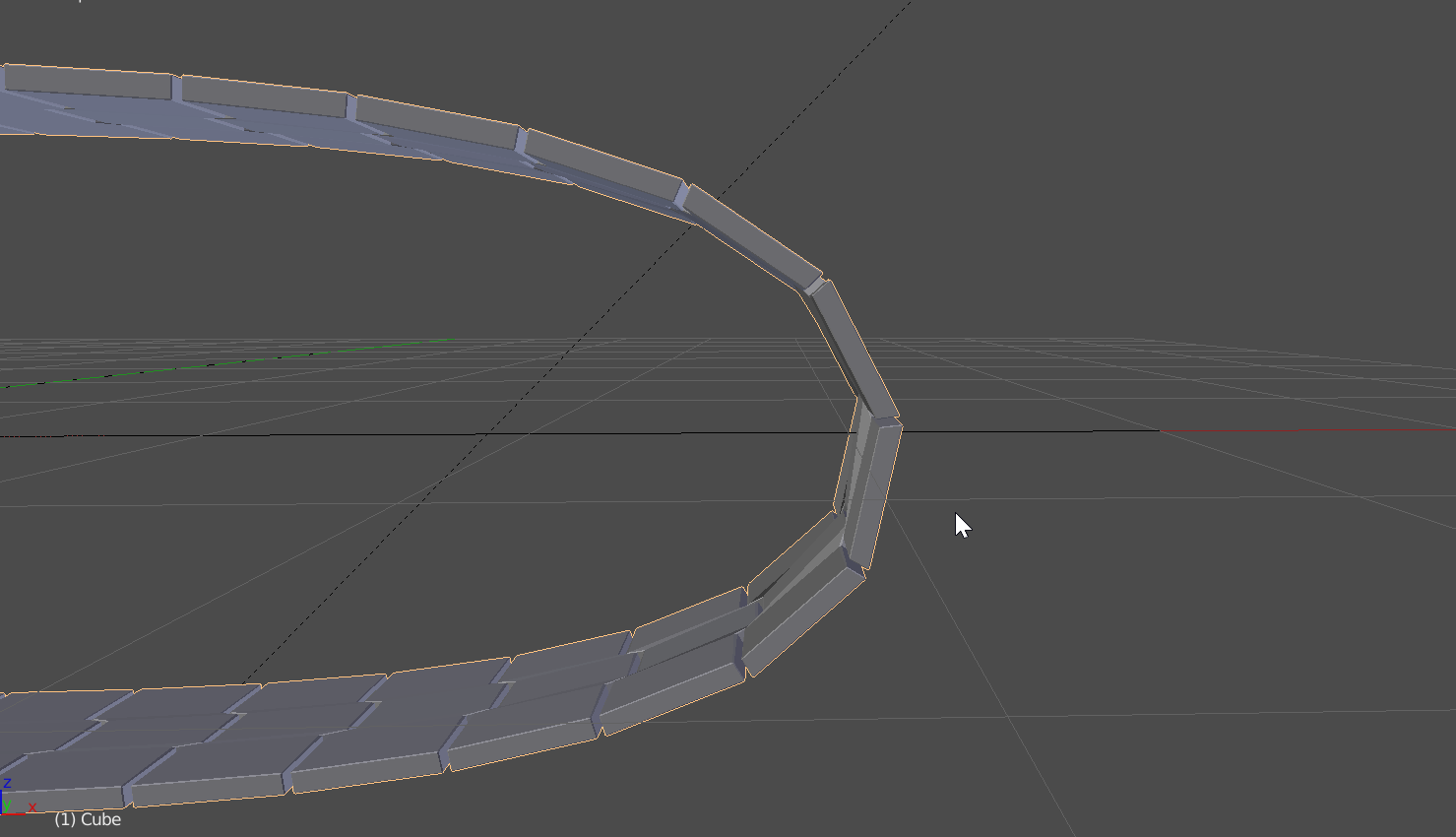 You can make a rig that has a string of bones, one for each segment of the chain, and then use a Spline IK modifier on the last bone of the chain to make it follow the curve.

To animate it, translate the root of the chain along its Y axis.

Edit: Tried an example so I could provide screenshots. Found, to my dismay, that I couldn't control the Spline IK to have an offset. So the tank tracks will conform to the curve, only deforming at their joints. But they can't animate around the curve, making the solution useless. 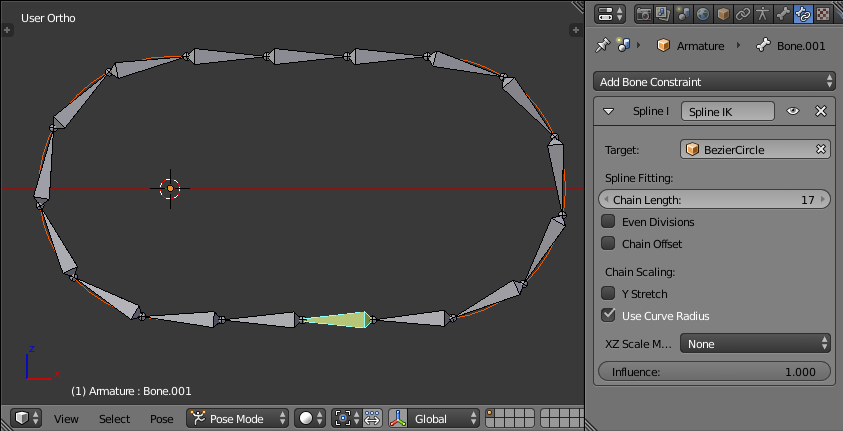 However there is an ugly hack, which is to change the curve itself with a hook modifier: 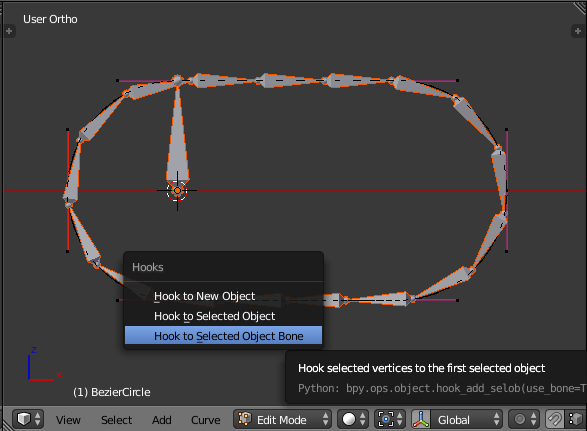 This will let you animate the tracks along the curve for the length of a couple of segments. If the segments are all identical then you can fake the impression of them turning continuously.

Here is a .blend of what I came up with:

5
Torus object stretched in array curve modifier
3
How to position solid objects so they're attached, ie links on a metal watch strap?

2
Array not following curve
0
How can I make a object follow perfectly a nurb path?
1
How to model tank treads?
1
Why are my objects flattened or distorted when using the Shrinkwrap modifier?
4
How to make spiral stairs
1
How to make the cube follow the nurbs path
3
How to animate a curve/circle for a tank
0
How to make a rope curving in a certain way
2
How can I make my tank tracks thicker?