Texture on the wrong side of eyes after import from MakeHuman

I imported this model from MakeHuman, by exporting it as a dae and importing it into blender. This worked great, however there is one "glaring" (pardon the pun) problem. The model's eyes don't have any texture, as can be seen here: 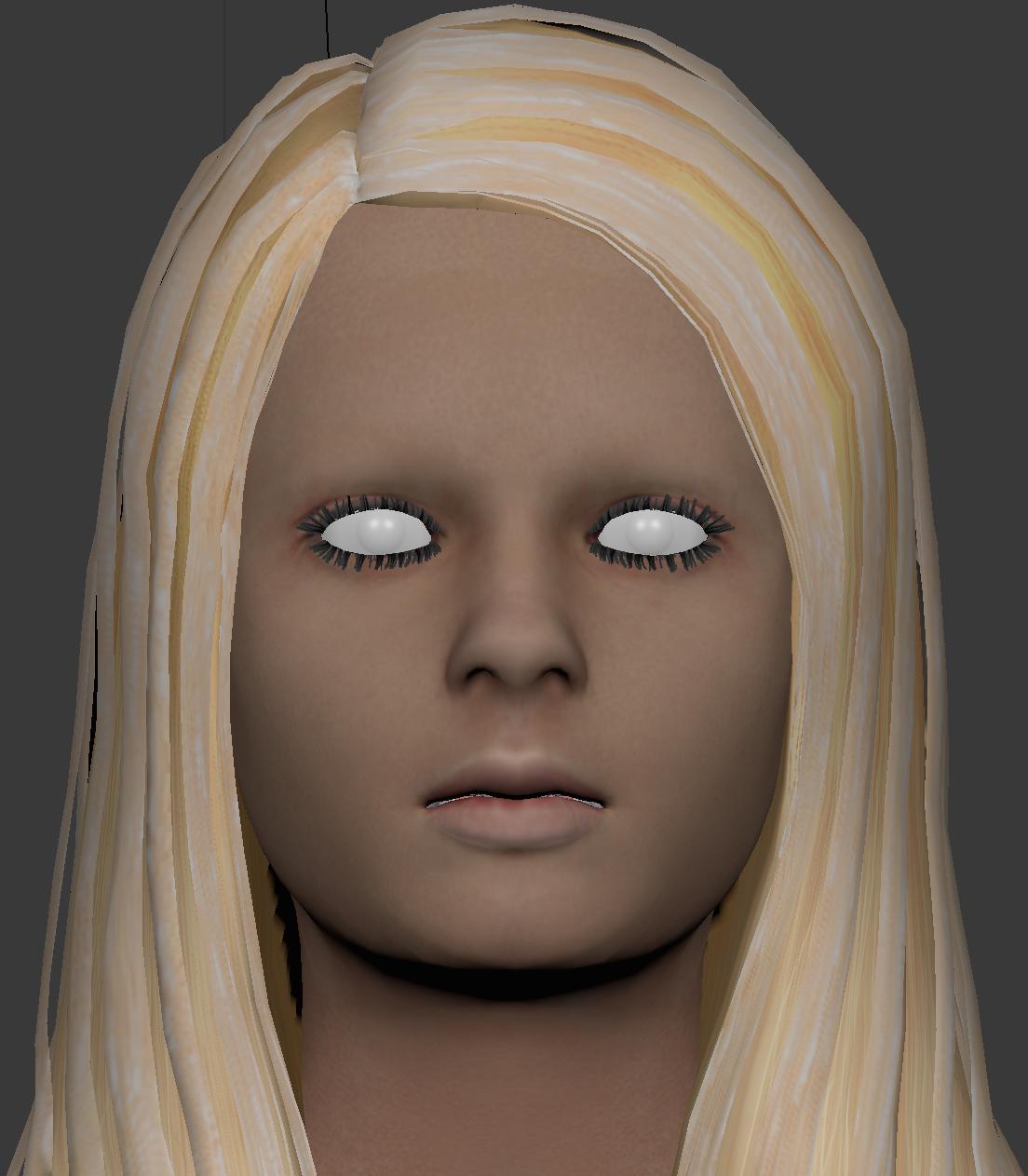 However, if I remove the eyes from the head and look inside them on the other side of the object, there's the texture!

I've tried flipping normals (by hitting space and typing flip normal and hitting enter) and recalculating them (by following the instructions here: How to recalculate normals?).

Neither of these results in the eye textures being on the proper side. It looks proper in MakeHuman

If you look closely, you will see two layers in the eye. The exported MakeHuman model contains the cornea of the eye as well (the clear layer that covers the eye). In the viewport this appears white, but when rendering it should appear mostly transparent.

The fix in blender 2.9 is to select the eyeballs in object mode, select material properties, expand settings and on blend mode select 'Alpha Blend'.

Not the answer you're looking for? Browse other questions tagged texturing uv makehuman or ask your own question.

43
.fbx export why there are no materials or textures?
12
How to recalculate normals?

0
texture is facing the wrong side of the mesh
4
How to get the image textures around for eyes, eyelashes, and eyebrows when exporting a human model from MakeHuman
3
Ogre: Alpha-Blend Texture
1
MakeHuman to Blender texture problem
1
Daz3d to blender? Model has white eyes!
0
FBX model from makehuman has broken rig on import
0
Texturing a makehuman mesh after sculpt
0
texture is on the wrong side of the mesh