I made a little cloud using Metaballs: 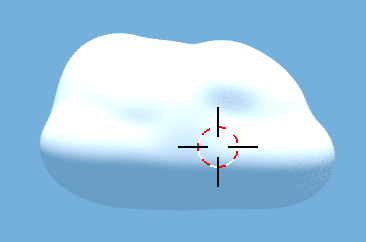 I would like to duplicate the Metaballs to a different layer to back up this cloud, then convert the main layer's Metaballs into a mesh.

When I select the Metaball objects and duplicate them to another layer, they remain on Layer 1 and the elements copied onto the other layer have no mesh: 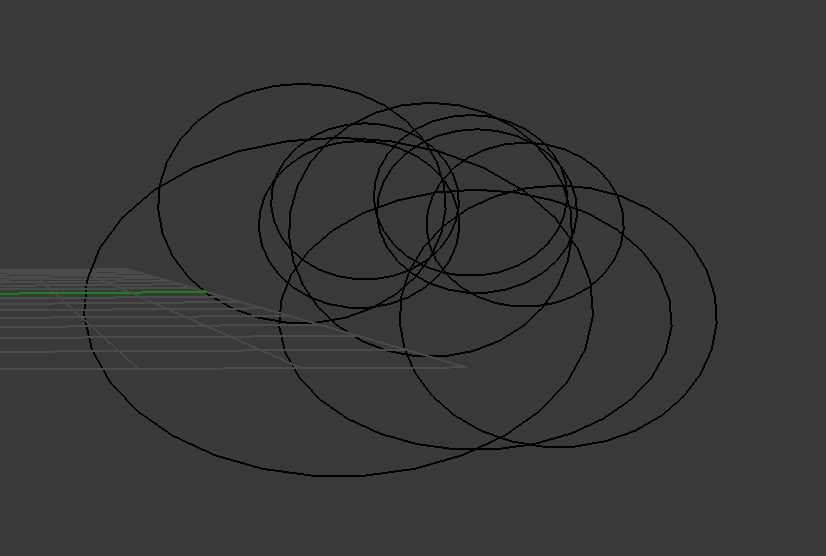 This is what gets duplicated and moved to Layer 2.

Meanwhile on Layer 1 the duplicated Cloud on the right has not been moved to Layer 2.

So obviously there's got to be another way of doing this (maybe I convert the Metaballs into a mesh, copy the mesh, then Undo conversion? Or duplicate the Blender file).

I'm just trying to work with Metaballs in a non-destructive way to go back to my Metaball setup if I need to.

A metaball object can contain multiple metaballs which you can add in the edit mode of the object, all metaballs in the same object tend to be polygonized together, that is, they combine forming a single mesh. Moreover, if another metaball object that possibly contain multiple metaballs have the same "predot" name (Object, Object.001, Object.002, ... all have the same "predot" name), it will also be polygonized with the metaballs of the original object and thus it becomes part of the output mesh. All metaballs that form a mesh are called a Family.

If a metaball was created outside of the family (by having a different name), it will no longer polyginize with the other families and will only polygonize with members of its family. So you see that naming is crucial in metaballs.

Solution to your problem

All your metaballs have the same name even the ones you duplicated, thus they belong to the same family and they polygonize together forming a single mesh. When you move the duplicated metaballs to a different layer, blender has to decide which layer to put your generated mesh (Because it is a single mesh since it is a single family), so it just put it in the layer where the base metaball is, the base metaball is the object with pure name, that is, a name without numbers (Object in our previous examples.)

So to save a backup version of your metaball, simply change the name of its objects.

Not the answer you're looking for? Browse other questions tagged mesh workflow layers meta-objects or ask your own question.

10
How to create a mesh from metaballs which will always work with a Boolean modifier?
1
Copying UVs from a high to low poly model?
2
Undo suddenly stops working
0
Cannot Set Material to Metaballs
2
get this gradient style in blender