Is there a way to cast a shadow only on certain objects/materials but not on others?

I have an idea in my head of an animation where the (soft) shadow of some otherwise invisible object is constantly being cast on a character's face. I created that shadow-casting object and parented it to the character's head bone and unticked the "Camera" option in its Cycles settings. So far so good. This would probably work for most shots.

However, that object's shadow is currently also being cast onto other objects such as a wall behind the character or another character standing in front of them which is not what I envisioned...

ObjectA's shadow should only be visible on the surface of ObjectC, not ObjectB or ObjectD.
The shadows of ObjectB and ObjectC should be visible on all other objects that are behind them respectively.

I suspect the solution might be more related to render layers/passes and compositing rather than material settings (e.g. Light Path nodes) but so far I haven't been able to make it work either way...

It's pretty interesting question, but the answer is surprisingly easy. You need to duplicate part of the mesh, on which you need the shadow to be casted, give it Transparent shader and move it just a bit above the surface of the original mesh. Then to the casting object material, you need to add node setup shown below and voila. 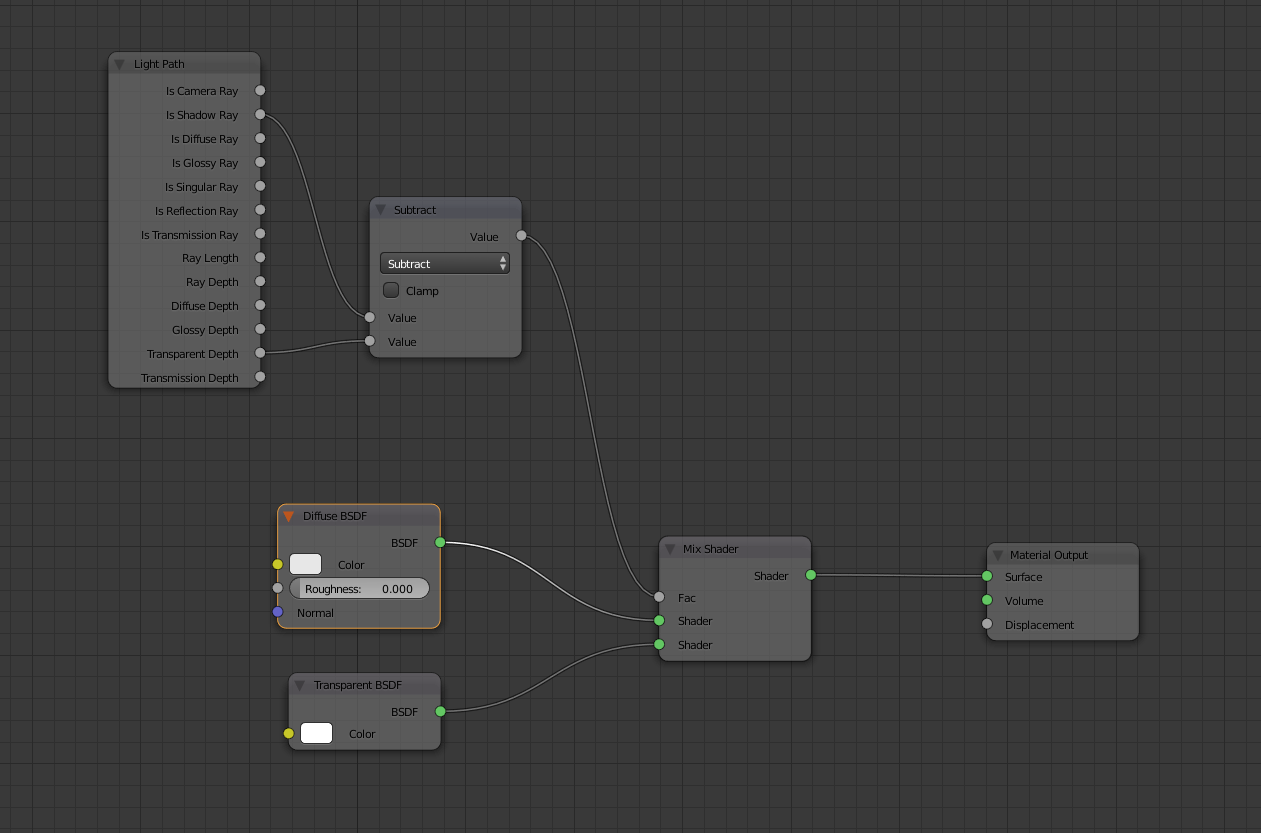 1
Wanted: Cycles “Shadow Only” Lamp - Not a simple “shadow catcher” question
2
How to make a (mesh) light only cast a shadow?
3
How can I render a toon character's head to always be visible in front of his body?
6
Flat material that isn't shadeless
12
Make an object not cast a shadow in eevee
0
Shadow “Cast Only” option in Blender 2.8 seems to be missing
1
Object does cast shadow, but doesn't get physically darker