Where is the viewport render resolution divider?

Many have asked for this, there is even a thread from august on dev that is closed, one would assume is because its finished? https://developer.blender.org/D1619

I just went though all the settings and couldn't find anything. How can I halve the resolution of viewports for 'retina' like displays?

(pls no answers that suggest changing my cycles render settings when previewing etc, that is not what I'm asking about)

this patch description (linked from the above D1619 thread) says:

"Cycles/BI: Add a pixel size option for speeding up viewport rendering This patch adds "Pixel Size" to the performance options, which allows to render in a smaller resolution, which is especially useful for displays with high DPI."

about the UI part the patch shows a new property, called "preview_pixel_size":

this patch was released Aug 15 2017, but 2.79 final was released september 12 so it couldn't be set for that release, but it is in following releases, such as current "unstable" build blender-2.79-c66983c-win64.zip, in which you can find it where the patch said, under "performance options": 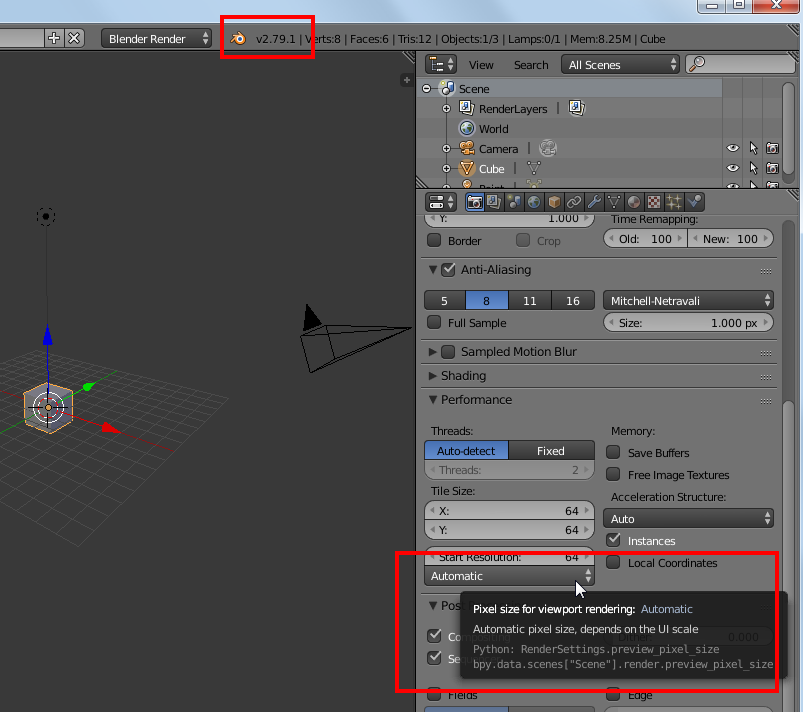 0
Rendered viewport shading in blender 2.8 is low-res on Retina screens