When UV Mapping, can my mesh contain triangles or N-gons?

I was following one of BlenderGuru's tutorials (creating an anvil) and reached the section on UV Mapping. I noticed that my mesh had two to four triangles on my mesh which appear to be hard to reach and edit into quads (my entire mesh is destroyed when I try.) Will it matter that I have these triangles when it come to UV Mapping, and will I run into any other problems? (I am learning the skills for game development in the Unreal engine.)

Here's a picture showing these small triangles that I can't edit without destroying my mesh. 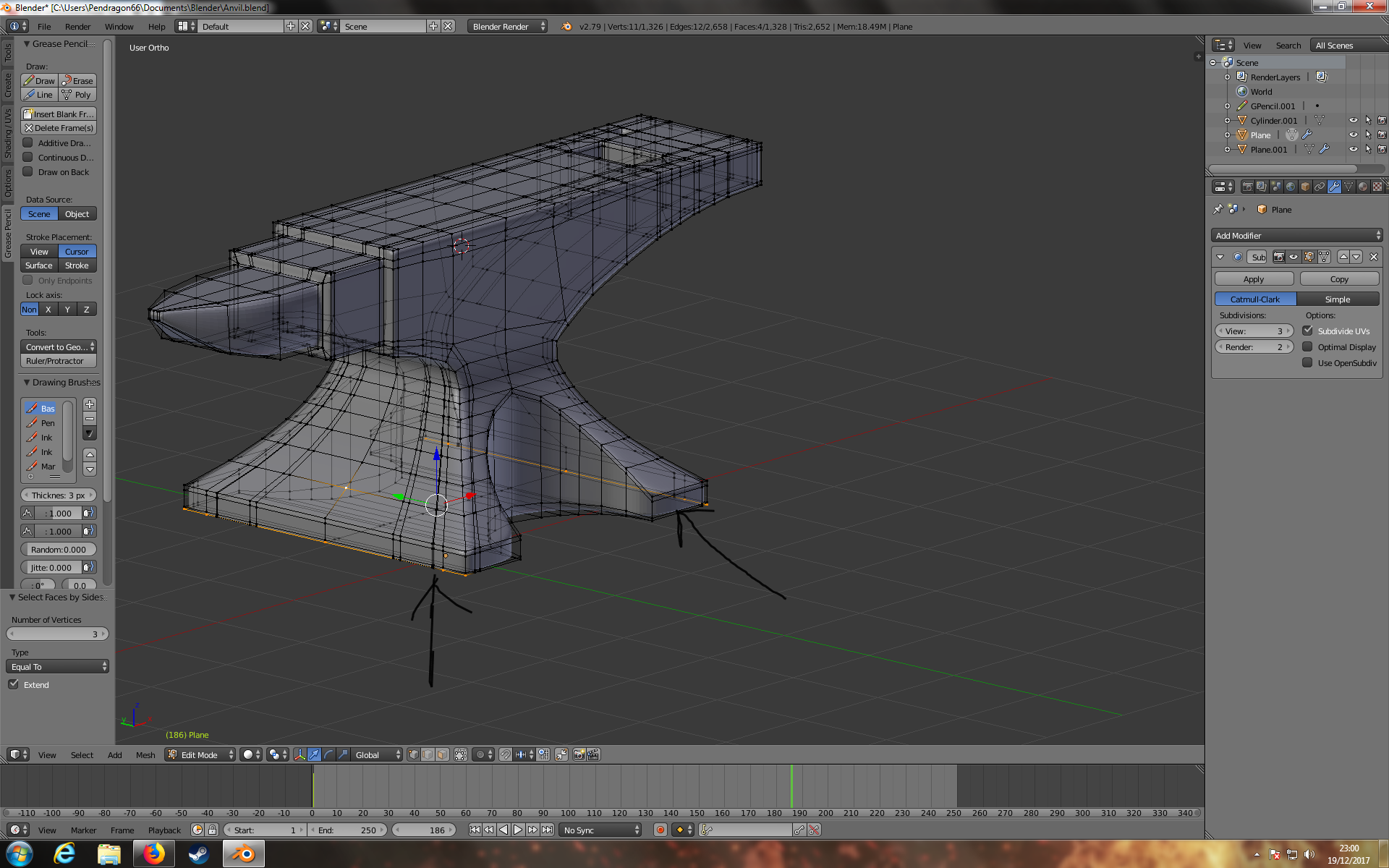 Short answer: no, triangles don't matter, but N-gons might.

Here is an article demonstrating some of the triangle's downfalls.

I have heard people talk about triangles being hard to work with before, but that has mostly been in the context of animation. They can also be difficult to model, because you cannot use some functions, like a loop cut, on triangles. As far as I can tell, it shouldn't affect unwrapping in any substantial way. I usually try to stick with quads, because for a few minute reasons, they are generally easier to work with, but a few tris in my mesh has never given me any problems.

They shouldn't give you any problems either, because you say you are learning for game design. Remember, most game engines actually triangulate the mesh anyway, before taking them in the game. The engine doesn't think of them as quads anyway, it thinks of them as triangles, so having some triangles in the mesh shouldn't be a problem.

So if there are some extra tris, I wouldn't worry about it.

N-gons, however, are good to be avoided, especially if there is any type of animation or deformation to be applied. This is because if you have, say, a circle of six points, where one point is lower than the others, how is the computer supposed to draw that face? faces, by definition, must be flat. Depending on what engine you are using, these N-gons will usually be broken up into triangles, so that the engine can show something that fits the shape. However, usually you want to control where edges are, and you may not be happy with the way these N-gons are handled in your engine. This is one of the causes of polygon flickers while in game, and meshes looking wrong.

So N-gons should almost never be used, if possible, except on completely flat surfaces that will not be deformed.

I hope this helps, and if anyone has anything to add or correct, please do.

My opinion is that while technically possible using tris and ngons in UV mapping, on simple shapes like this:

this could work well, but if you object is (easily) more complex, since your texture (through UV maps) needs to follow its topology, mesh subdivision other that quads (tris and ngons) may, in some situations, make object (and thus texture) deformations more difficult to control for you, even if you're doing a still image and not an animation.

I can't correctly explain the technical/mathematical reason, but I think that since adjacent quads can always be thought as a sequence with a predictable direction, this helps both animation deforming algorithms, and sometimes also "2d over 3d" graphics mapping ones, since this also is (except in a very planar example like mine above) a deformation, of a 2d image over a 3d shape.

Not the answer you're looking for? Browse other questions tagged mesh uv game-engine or ask your own question.

65
When should N-Gons be used, and when shouldn't they?