In the picture you can see my model in the edit mode. In the render mode it is not looking the same. It got some weird other vertices lining up, and I don't want that it looks like this! What have I done wrong? please tell me. Thank you 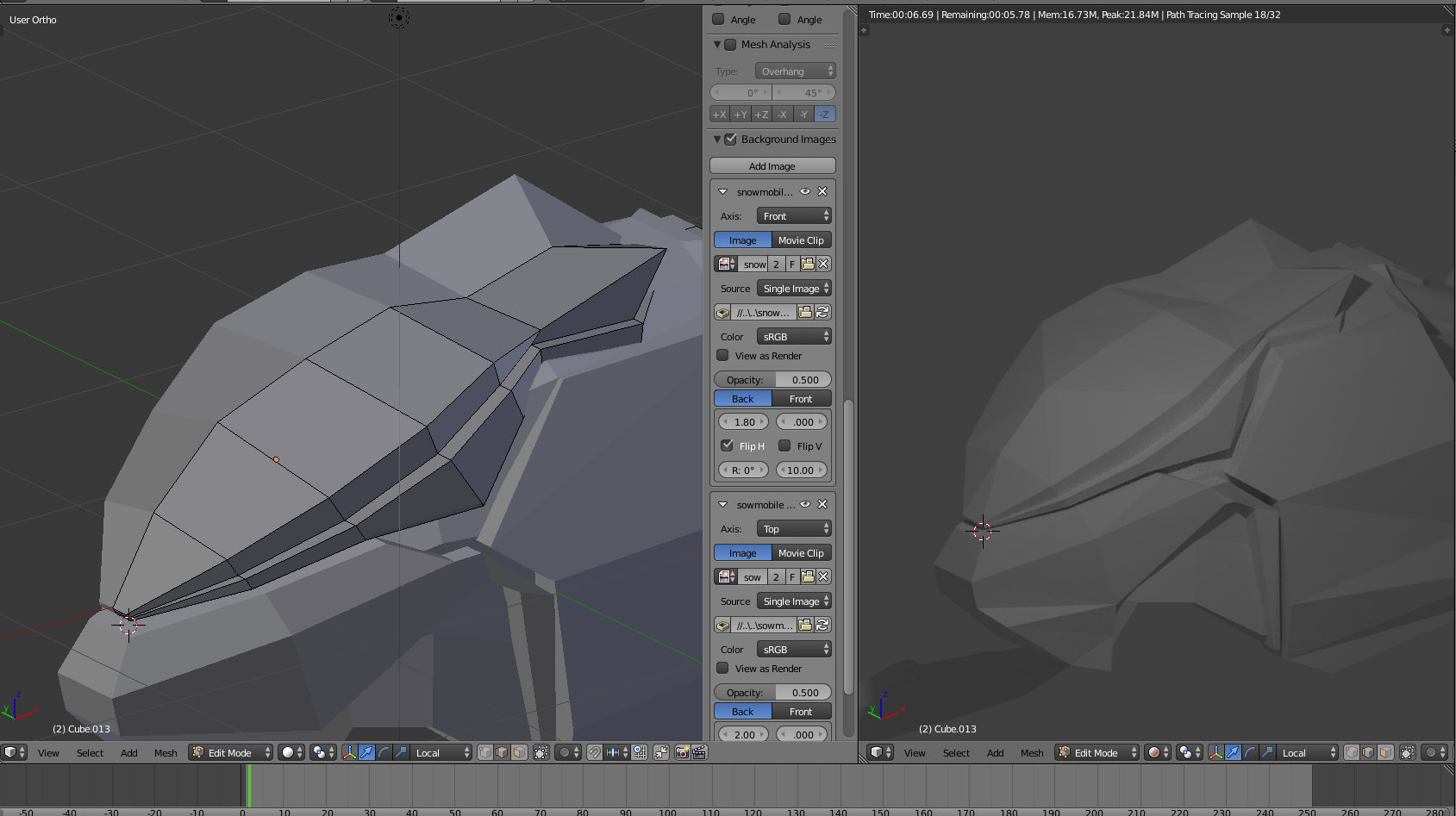 You've done nothing wrong. The extra edges and faces you are seeing are caused by the rendering process. Graphics cards can only deal with triangles, thus everything is converted to triangles before rendering (not permanently though). There are some ways to make it less apparent though. First is to make sure your faces are as flat as possible. If the faces aren't flat along their normal there will always be some sort of edge visible due to the face being split int 2 triangles. The other option is to manually split any faces where it is very noticeable into triangles manually so that you have control over where the edge goes.

Depending on what you are trying to do, you may be able to render using the OpenGL render that blender has, which will render the viewport, and not triangulate the faces.. Doing so won't allow you to have the same amount of controls or options as using a render engine would, but for non realistic renders especially it can be quite useful.

One final thing to try is to use an edge split modifier or auto smooth the normals. Both of these will require your model shading to be set to smooth, and will render angles over a certain limit as sharp edges. Assuming your faces are all relatively flat you could probably find an angle that would render the faces flat and the edges sharp.

Not the answer you're looking for? Browse other questions tagged modeling cycles-render-engine rendering objects vertices or ask your own question.

0
how important is it to keep faces to 4 vertices for rendering?

0
Weird Artifacts When Rendering
1
glass shader that doesn't show the back of the object
0
How do I make my vertices fill correctly with mirror
1
Why does the Multiresolution leave bumps in my mesh?
0
I imported 3D models that was ripped from game file(model-resource), but it has black things around eyes and mouth
1
Weird shadow behavior on mesh