Particle on XY plane (Not Z)?

How can this long straight strand be replicated over the entire plane at 'B', as shown at A ?

Note : The strand shall not be rotated about Z axis. 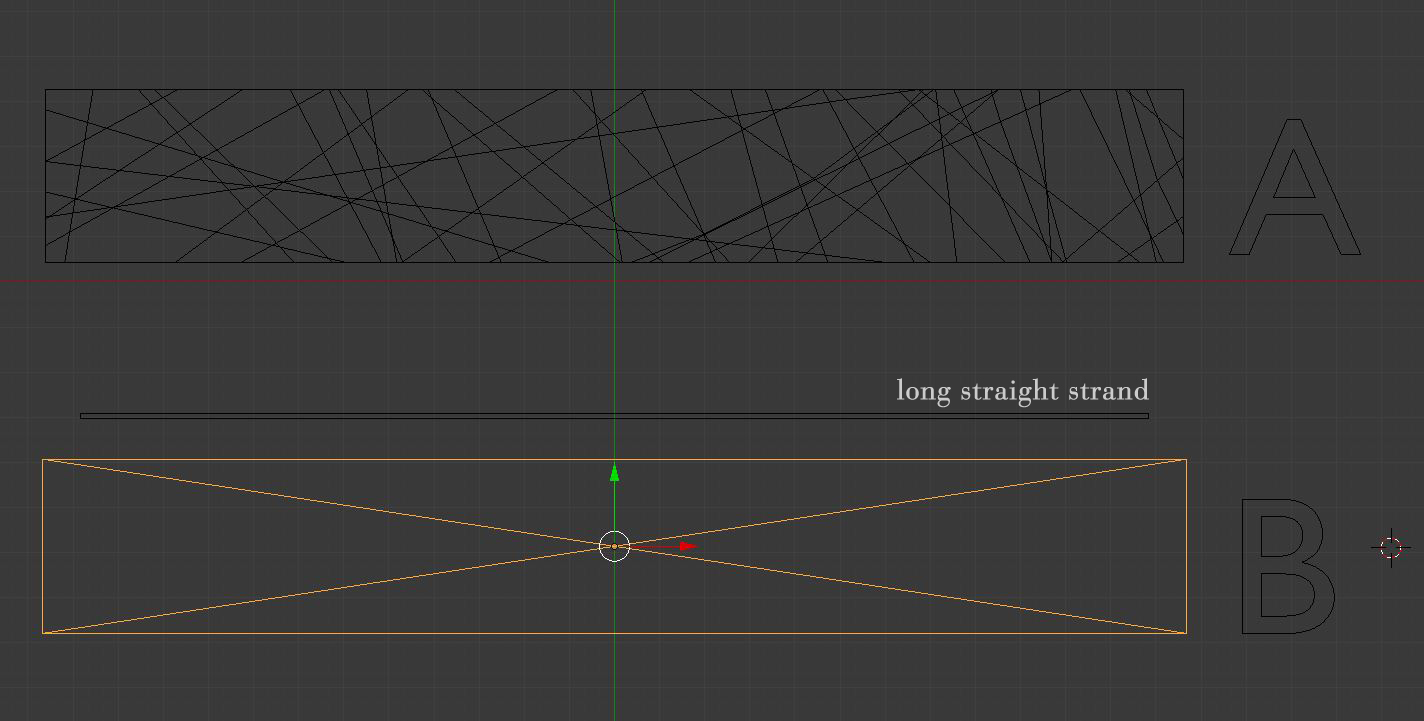 However, My ultimate goal is to model something like this

Although I am not 100% sure which things you are envisioning going on which axes, one way to render a sort of "nest" using a strand object is to create curves (e.g. bezier curves) that define where the strands will lie. Then create a mesh object that is a cross-section of the strand and give it your material. Make sure to apply location and rotation (but not scale) to your curve objects. Then, starting with the first curve:

If all has gone according to plan, your curve is now "stroked" with your cross-section object. Then repeat for each additional curve in your nest. 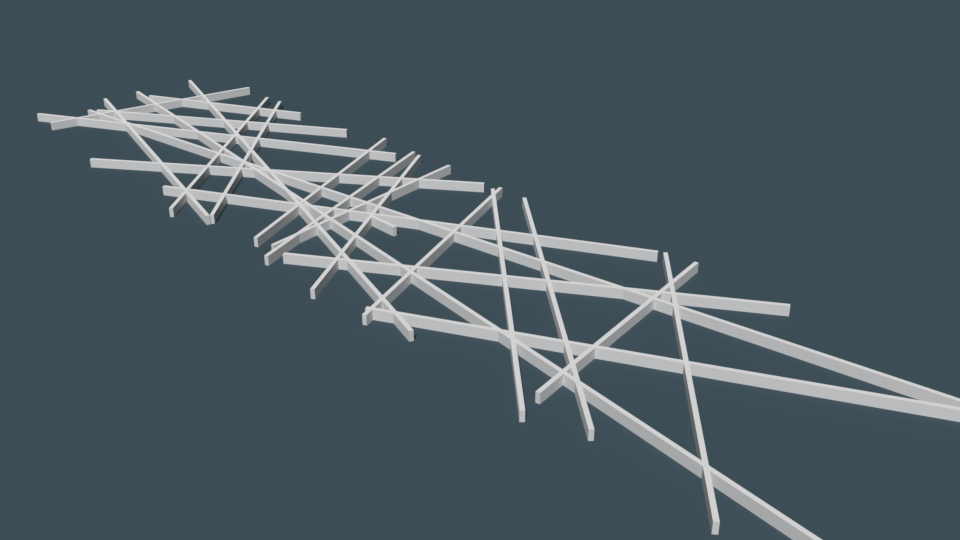 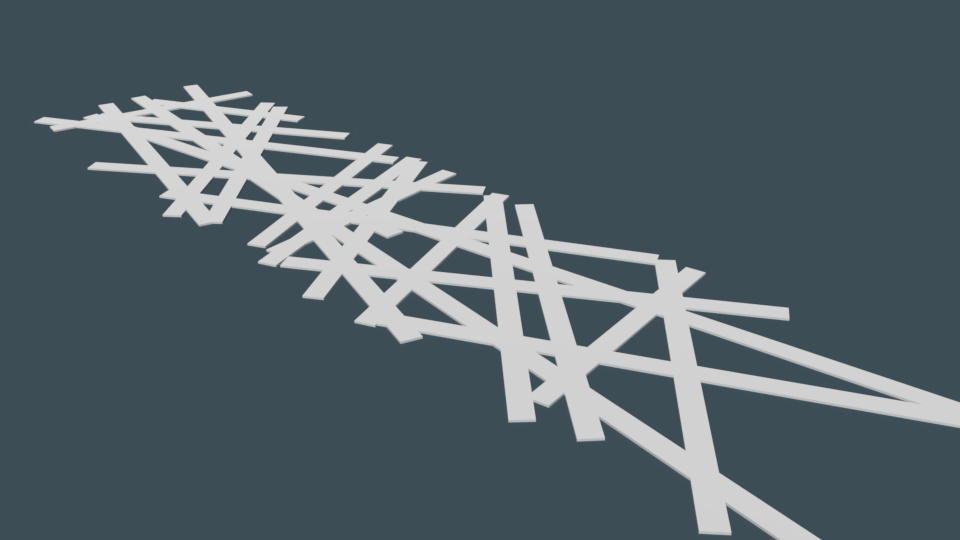 It will be easier if you duplicate the last cross-section mesh you modified, because it will already have the modifiers applied, you just need to update the curve objects the modifiers are using.

The nice thing about this is you can modify your curves to create a "weave" effect, which can be considerably handier than trying to smoothly deform the meshes.

When things are to your liking, you can apply the modifiers (and remove doubles, there will be a LOT of doubles) and the resulting mesh objects can be further modified . . . for example you can join the strands into a single weave object deform it along a curve with another Curve modifier, which might come in handy in making something like the image you provided. 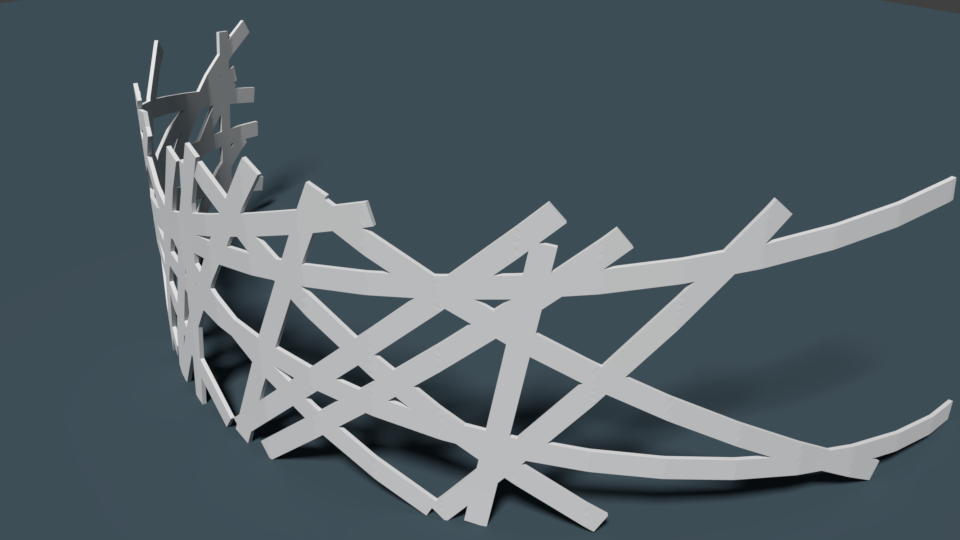 A different technique would be to simply bevel your curves with a curve that represents the cross-section of your strand.

What I gather from your description, you are trying to accomplish this: 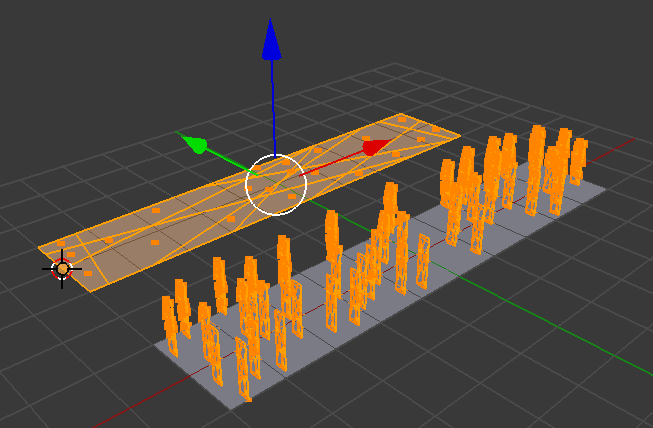 First, move the origin of A to an edge.

Num-7 for top-view.
Click on the leftmost edge of A
Shift-S snap Cursor to Grid
Object > Transform > Origin to 3D Cursor

Next, set up particles on B. 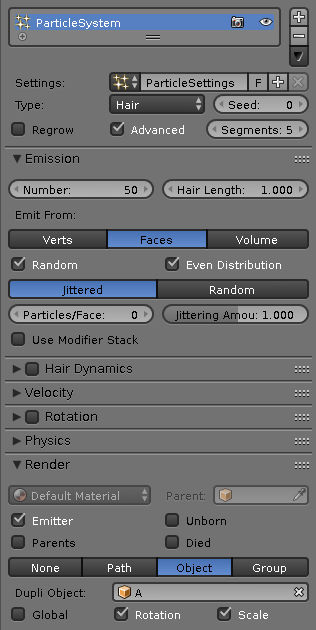 Select object A, then add a Wireframe modifier.
Increase thickness to desired width.

10
Mirror an object via modifiers on a point(instead of a plane)
10
Is it possible to move parts of a model along the selected normals?
0
How do I get an object to ensure it is perfectly in line with the x, y and the z axes?
2
Extracting prominent edges from model
2
Animate objects created from a grid-mesh / plane
5
How to model glass with octogonal base and cylindrical top?
1
Attaching molecules on the surface of a particle. A tough one