Image in material not rendering? (Cycles)

I decided that I wanted to start a mini-series in Blender, so I made the following character to start. 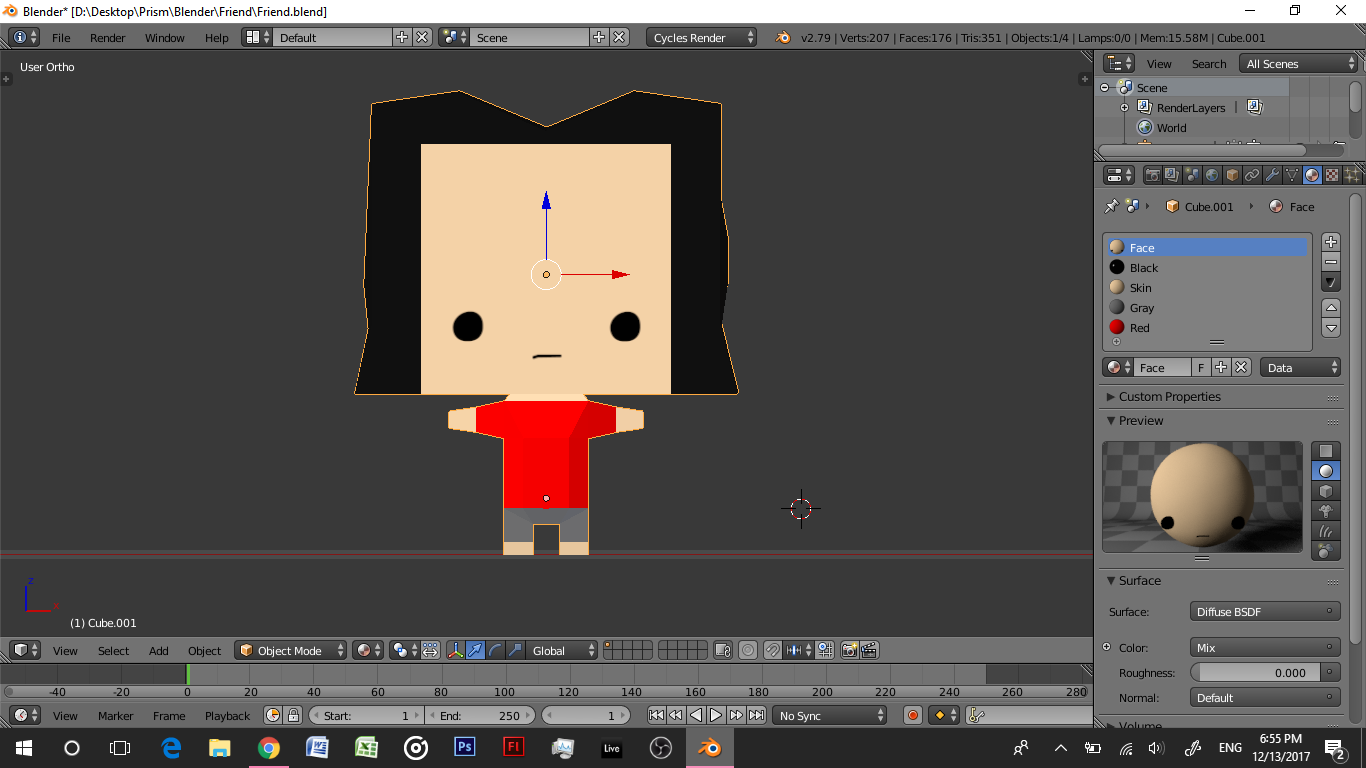 As you can see, I have made a face texture using an RGBMix node and an image texture node. Here they are: 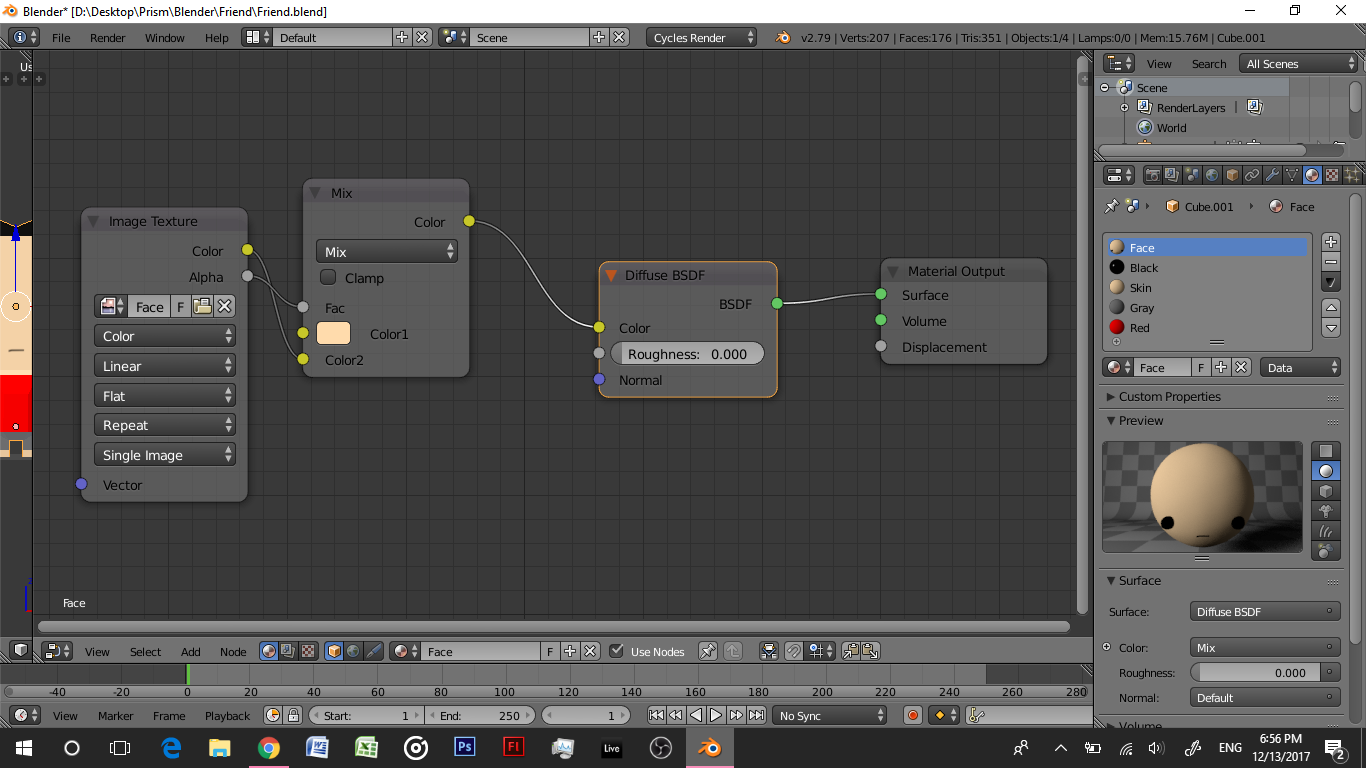 After lots of experimenting, I finally figured this out and as you can see, it works. I decided to go on to make my second character. I repeated this entire process, but the face doesn't work for some reason. 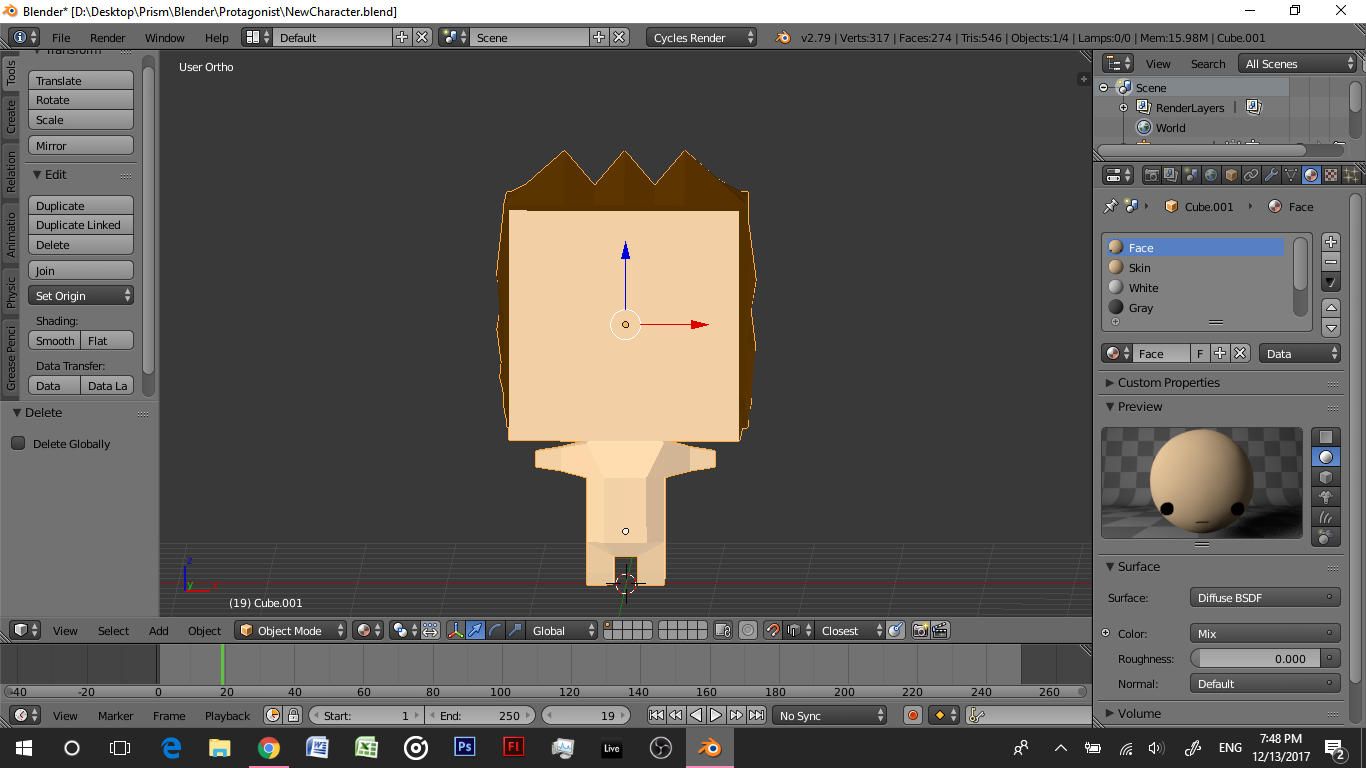 As you can see on the right, the texture looks exactly the same, and I have checked it multiple time to make sure there is no difference. The nodes are also the same. 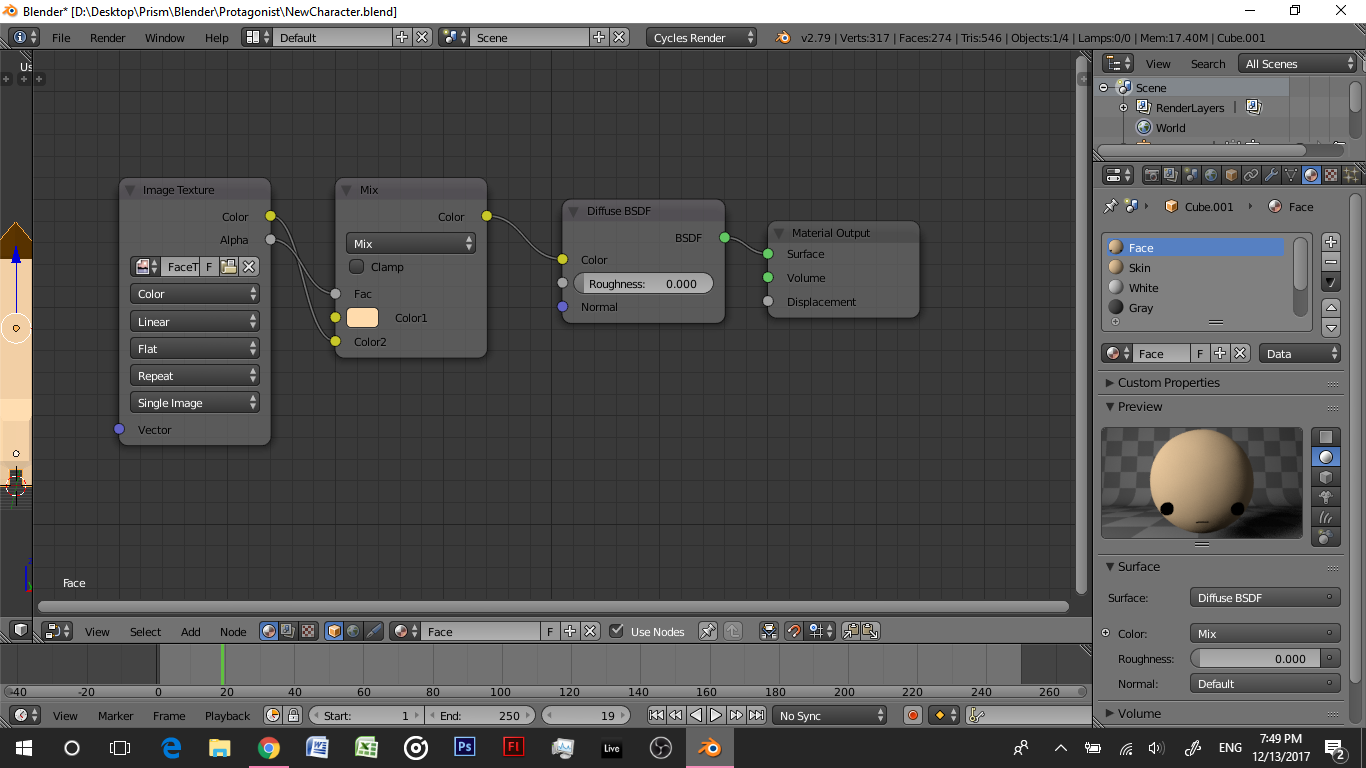 However, both in material view and rendered view, the face texture does not load. 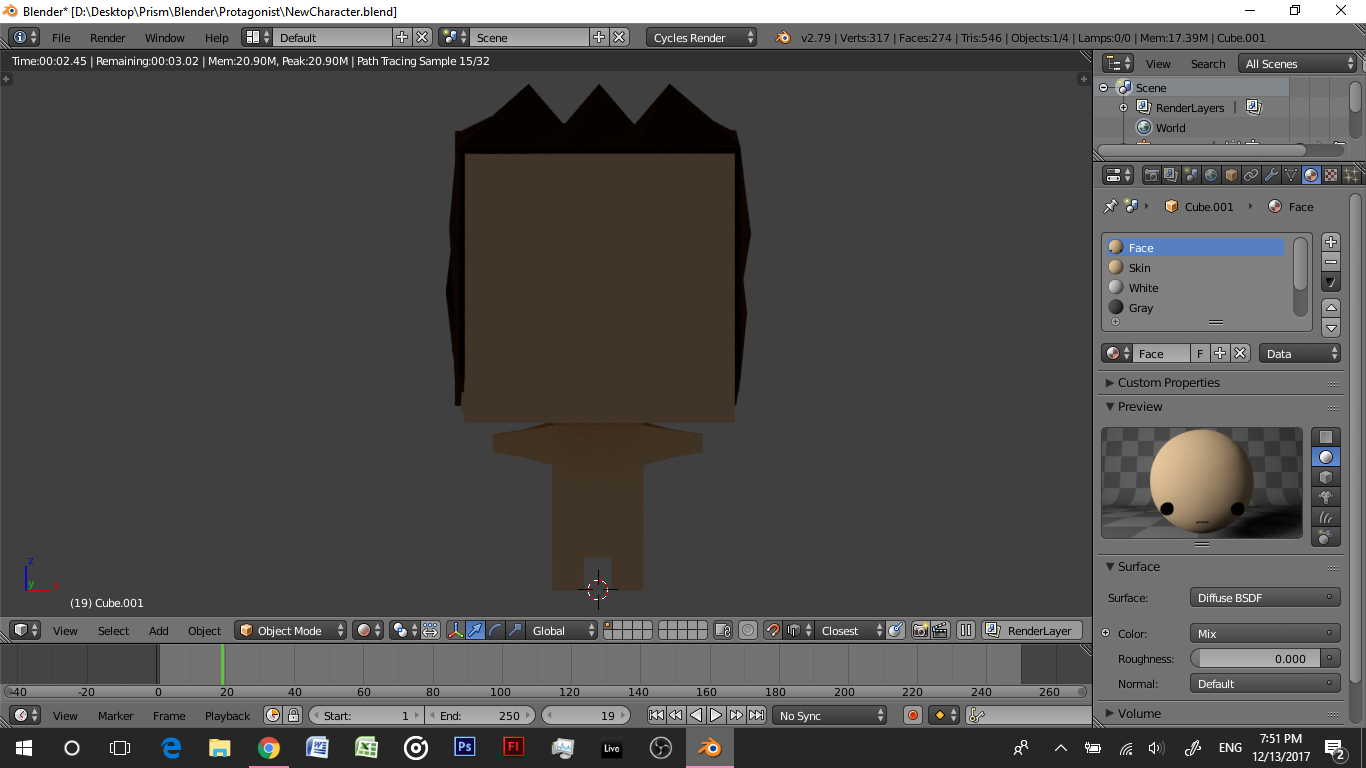 These two characters are exactly the same except for the hairstyle and the colour of the body and clothes. I have checked my work multiple times and have been unable to notice any discrepancies between the two. The only difference I have noticed is that in the node editor for the second character (the one that isn't working) the nodes snap to the grip, while the nodes for the first character do not. I am not sure if this makes any difference, but it is just something I have noticed. The last thing is that for the second character, the colour I set in the RGBMix node renders, but the face does not.

I would really appreciate any advice anyone has regarding this problem. Please help!

Browse other questions tagged cycles-render-engine rendering materials node-editor or ask your own question.

26
Add a transparent image on top of a material
3
I UV unwrapped my mesh, but the image texture doesn't show in my object

12
Different image textures for one material (Cycles)
2
How to put an Image Texture over a material in Cycles
0
Cycles - Baking to Image Completely Different to Material
0
Video Material does not receive colour?
1
Video material not rendering?
0
Can't see material nodes for Cycles
2
How Do i add colour to this image texture?