Trying to make a curved sausage

I'm new to blender and I don't know how to make a sausage with a curved shape. Can anyone help me? my problem is with the creation of the shape. I cant make the round shape of the sausage in the extremes, I dont know wich mesh to use and how to modify it so that it takes that shape. thanks

A common strategy is to model the object straight along an axis, for example the X axis in the following example: 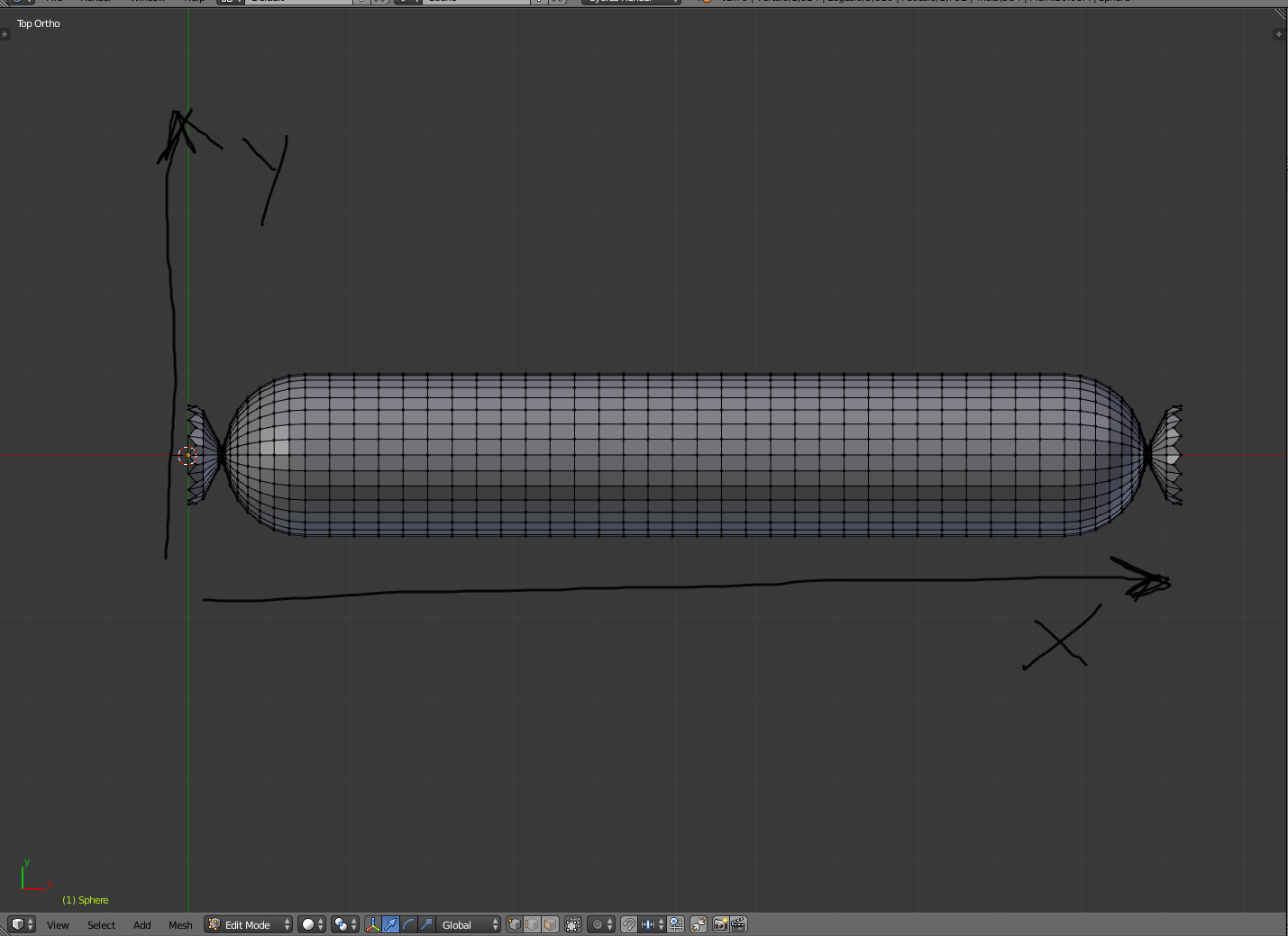 And to add the object a Curve modifier pointing to a curve-type object that is capable of bending the object accordling to the given curve. Notice that the choice of the deformation axis is coherent with the model main direction. 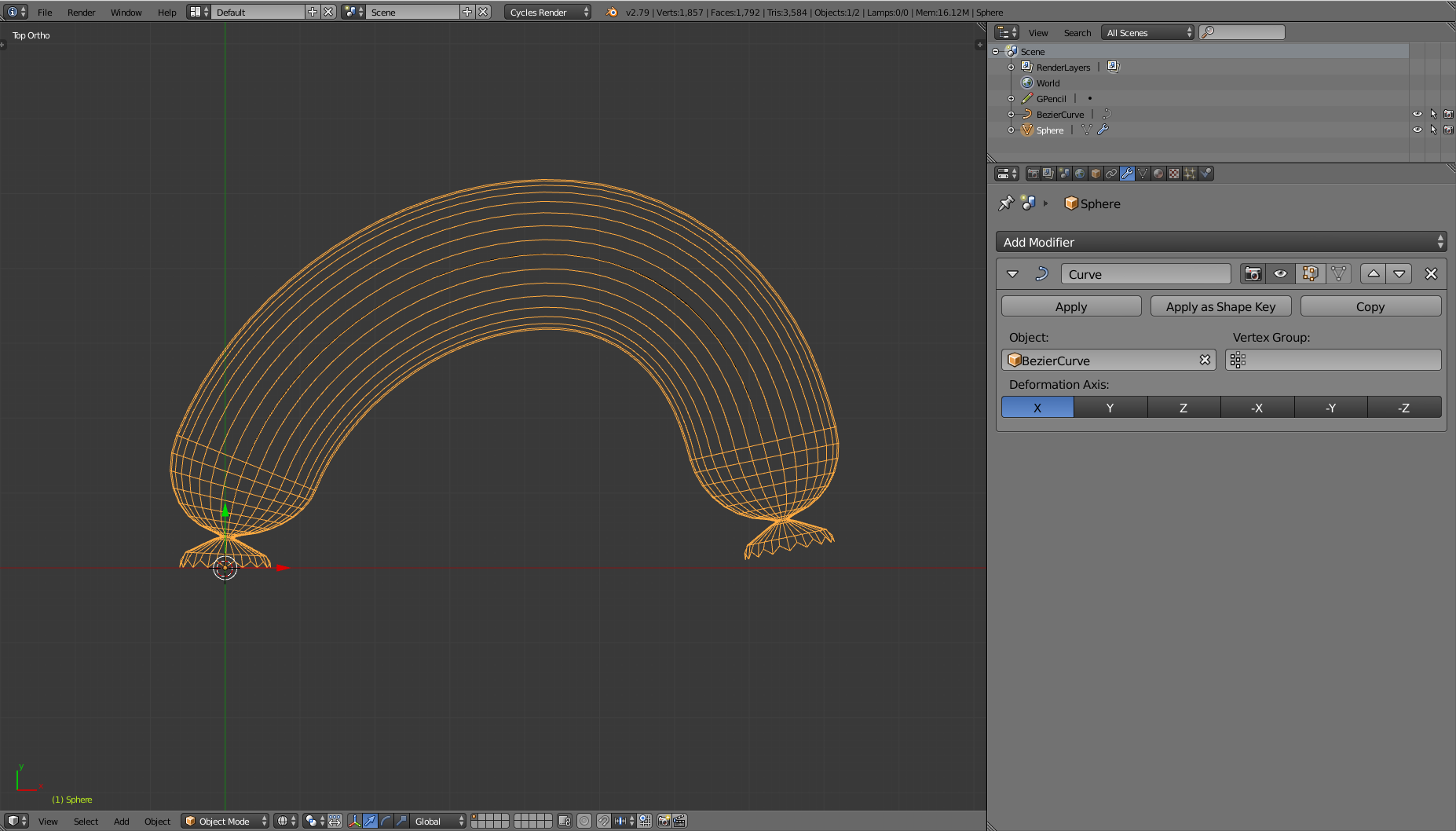 The biggest advantage of using modifiers is the flexibility that they provides as you can freely modify the bending till you decide to apply it. The bending curves remain distinct objects, and can be customized/changed leaving the other as it is.

Note: for good deformations, you'll need to provide enough polygons to the object and sufficient resolution to the curve

5
How to make curved (bent) rectangle, and add material?
0
I wish to make a smooth motion like hips of belly dance
0
Need help with hardsurface modeling
3
Curve modifier on an already curved model?
2
boat structure modeling - shape to curve along a surface
3
How do I make a curved solid line?
4
Curved grid - Cycles vs. Eevee
1
How would I make a wave pattern onto a wall?