Can't get rid of shadow on mesh

I'm a beginner and can't seem to understand nor get rid of this shadow over the mesh... I'm guessing it has something to do with the faces behind the plane (extruded from an edge). No modifier besides mirror, and smooth shading is enabled. 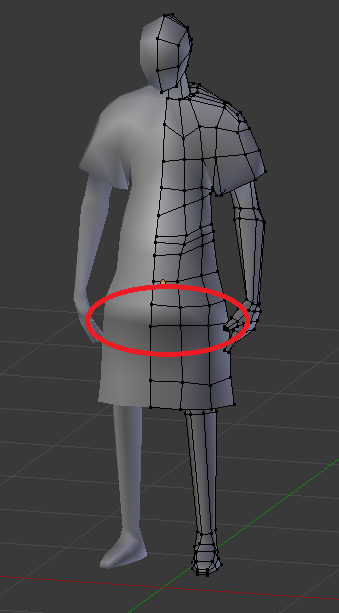 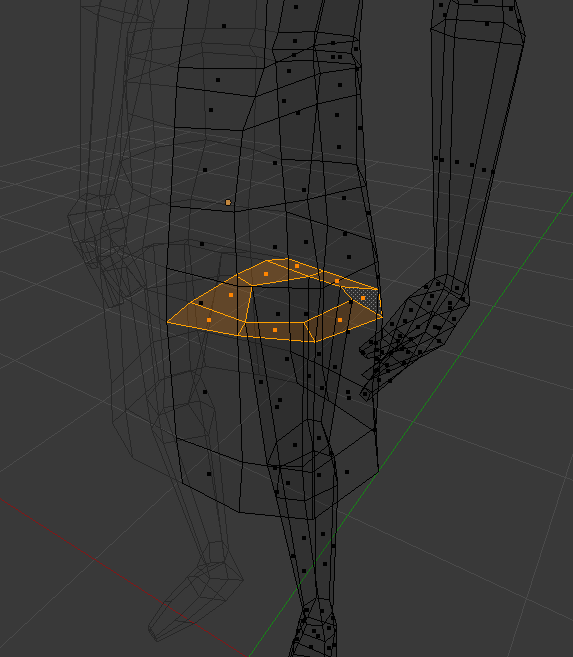 It's my first modeling attempt, so I may have done a lot of things wrong. Any suggestions?

What you are seeing aren't actually shadows. The dark area is caused due to an issue wit the normals of your mesh. The normals are the direction in which a face/edge/vertex is pointing, essentially which side is the outside and which side is the inside. The rest of your mesh is fine because blender can easily tell which section of the mesh is the inside and which is the outside. The reason for the dark area is because blender can't tell which section is facing out, since the front face is an exterior face, as well as the faces that are lying horizontal.

How you have the faces connected on the edge of where you have them highlighted isn't a good way to do it, since it can cause a lot of problems, one of them being the weird shading. You have a couple of options to fix it.

I would think that the first option would be the way to go if you can get away with it.

Not the answer you're looking for? Browse other questions tagged modeling mesh shadows or ask your own question.

91
What is non-manifold geometry?

7
How to model component pieces of a geometric solid?
3
Moving only one vertex of the edge
3
How to do away with facets in render?
1
Yet another smoothing question - still too many facets
0
Mesh Noise Glitch in X-Ray Mode
3
Advice on dividing and unwrapping this mesh