Is it possible to scale and rotate the 'image for clone tool'?

I have the same question as the user hooliganzo from blenderartists.org, I copy his question here.

"In the UV editor under paint menu with clone brush selected. I can select an image under the paint menu, move that image around over the UV and click on the UV map to paint that texture on the UV texture. The problem is that I can't figure out how to scale or rotate the clone source image.

Here is what I am talking about 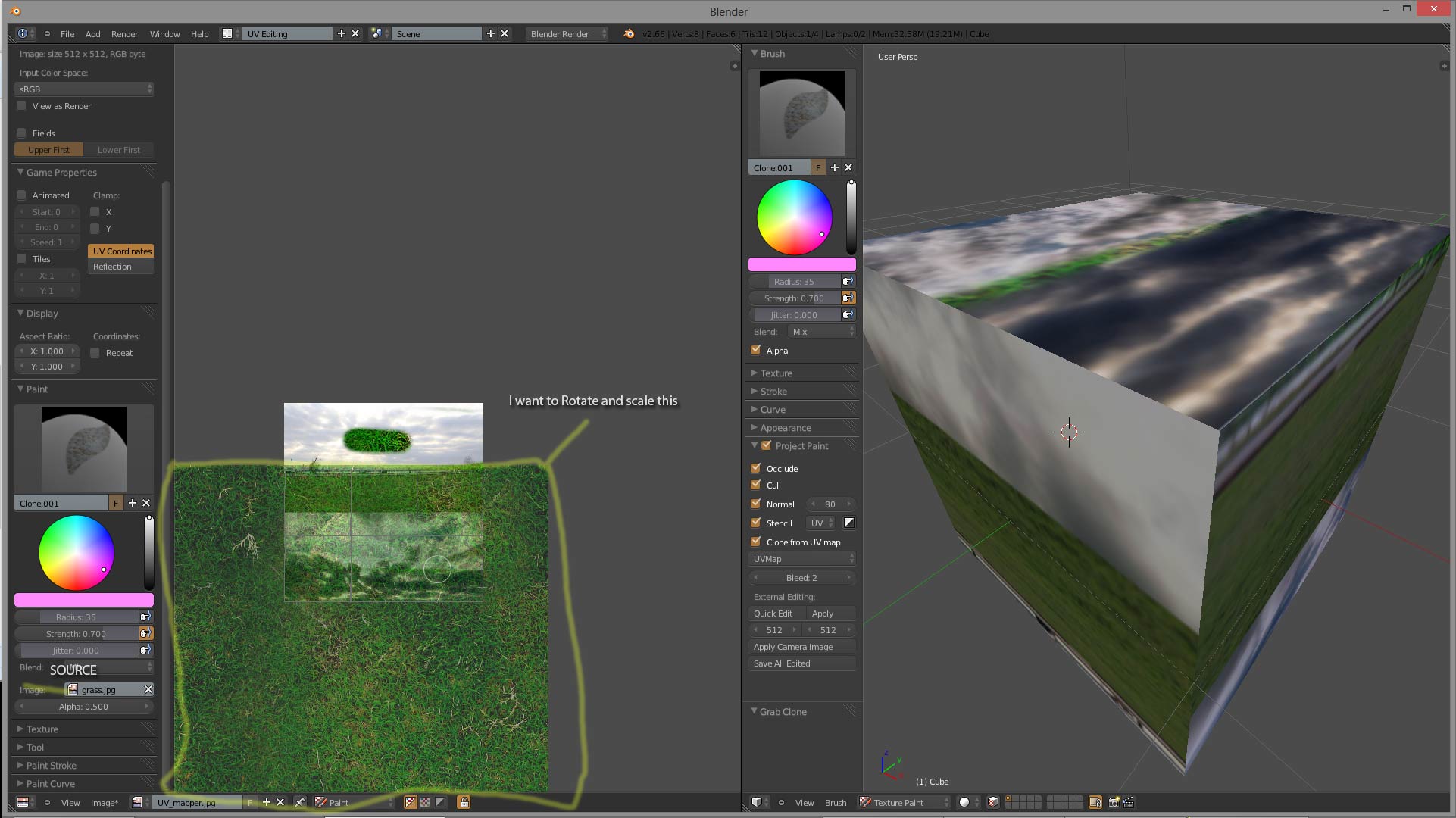 I can move it by holding RMB and that is it. I've tried pressing S and R by itself and I've tried it while holding RMB. I don't know if it is even possible but it seems like something that would be implemented."

The answer is "no", you cannot rotate the clone source in the Image Editor. But an alternate is available that DOES allow you to rotate and scale your image source, and that is by loading the clone source instead as a Brush Texture in the properties panel while using the TexDraw brush (default texture paint). 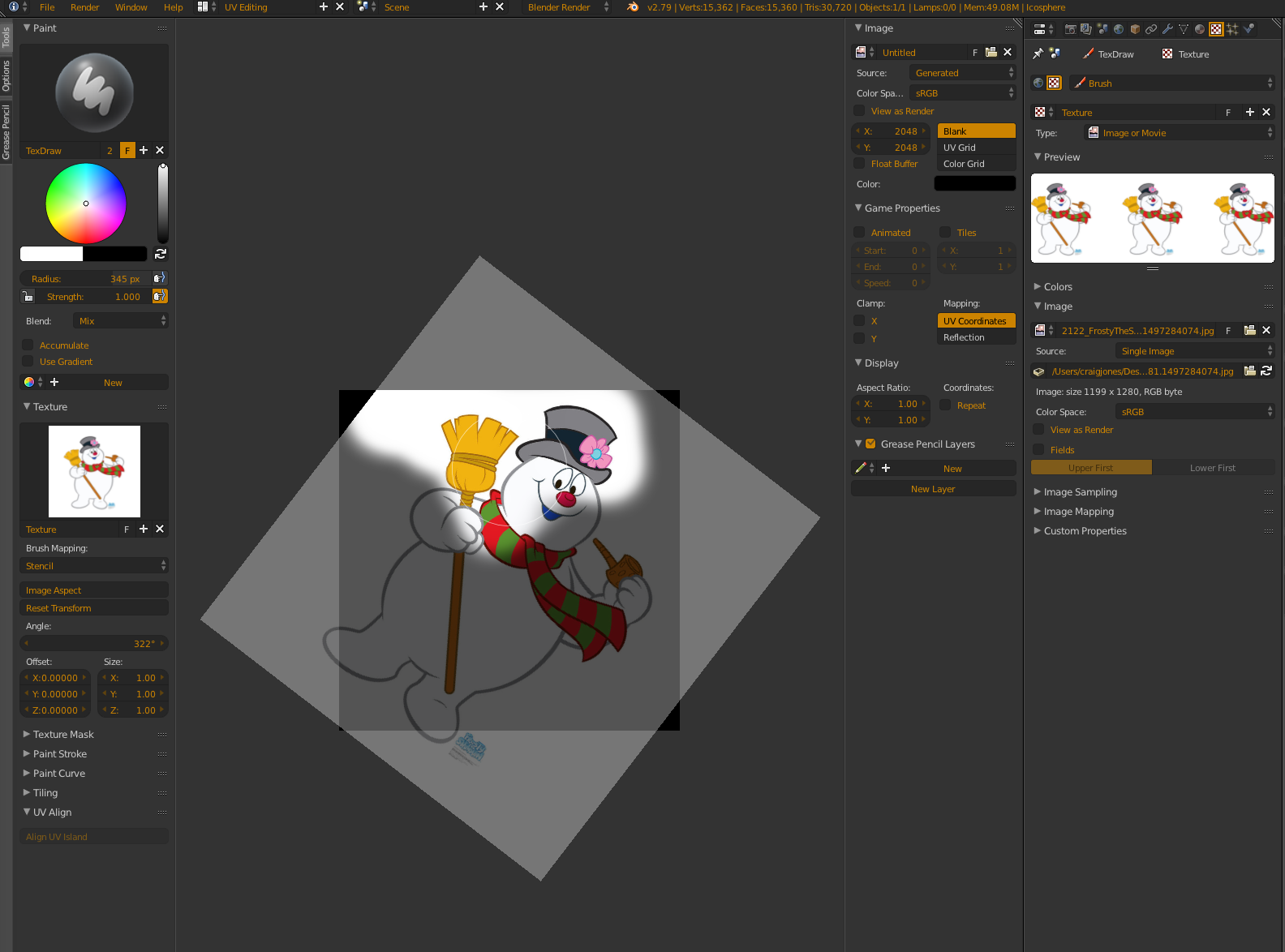 The Texture then needs to be set to 'Stencil' in the tool bar Texture panel. Zoom out, and then move the stencil with RMB, scale it with Shift-RMB, and with Ctrl-RMB you can rotate it. The same thing can be done with the Texture Mask set to Stencil, but use Alt-RMB to move, Alt-Shift-RMB to scale and Alt-Ctrl-RMB to rotate.

This same set up works in the 3d view for painting directly on your 3d textured object. Have some fun!

edit: Also you can use the Stencil Widget by Kgeogeo that allows to use a lot of controls on the stencil texture/texture mask

2
Clone brush isn't included in Blender
5
How can I get the fill and mask options?
4
How to paint with the clone option in Texture Paint?
3
How can I clone part of the texture?
1
Clone Brush doesn't paint seam
0
Projection texture painting, is it possible to swap images after applying brush?
3
Image Texturing - Using cycle's nodes to scale image texture and randomly rotate them
0
Texture paint not working on sculpt Blender 2.8
1
Texture painting from Plane to mesh? Like 3ds max