How to achieve temporary Slow Motion?

I want to achieve a slow motion effect during a non-cut scene, which means that the scene (with animations, rig-animations and maybe physics) will start with normal speed, has slow motion somewhere in it and then gets to normal speed again.

The only way I found to change the speed of the scene without manipulating tons of pre-set keyframes is to use the time remapping feature (e.g. 25:100), but I'm not able to set a keyframe to it, so it is permanently. How do I get a kind of temporary slow motion without cutting footage or rendering with 120+ fps and then composite the slow motion effect?

Thanks beforehand for taking time to read through!

All physics have some kind of setting that lets you control the speed at which they're run. This setting can be keyframed or assigned a driver, so for your case, keyframe it to 1.0 at frame 27, then to 0.25 at frame 28 and 63, then 1.0 again at frame 64.
If you want it to gradually slow down and speed up, set something like for example 1.0 at frame 20, 0.25 at frame 28 and 63 and 1.0 again at frame 70.
With particles it's set as the time between frames instead, but the idea is the same. I'll come to that. 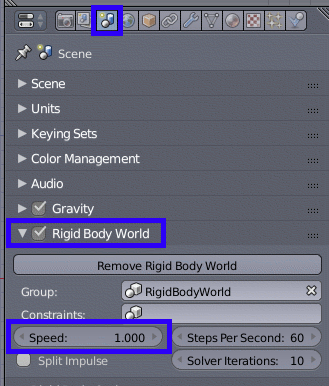 For Soft Body physics and Cloth simulation, it's set in the physics properties per object. 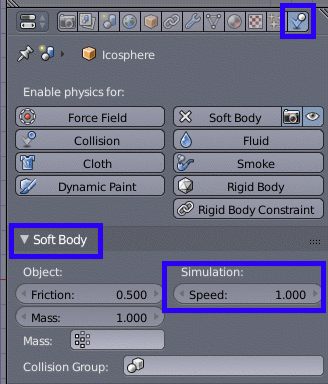 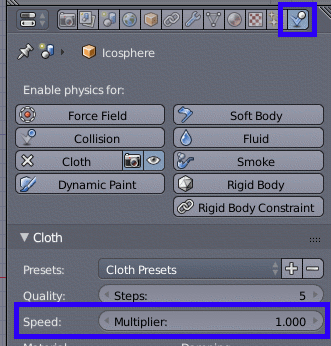 For Smoke simulation, it's set in the physics properties for the domain. 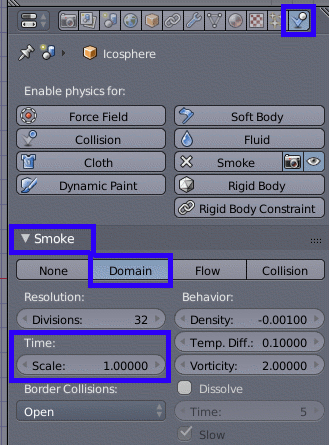 Fluid simulation is a bit special, as it runs over the entire range of frames being rendered.
The Start value defines what point in the simulation will happen at frame 1. The part of the sim that comes before this time has to be calculated, but gets discarded.
The End value defines what point in the simulation will happen at the last frame.
As an example, let's say you have a 10 second animation, and you want the whole fluid sim to run at one quarter speed, just set start to 0.0 and end to 2.5. These 2.5 seconds will be stretched to take the 10 seconds of your animation.
The Speed value speeds up or slows down like for the other simulation types.
These are set in the physics properties for the domain. 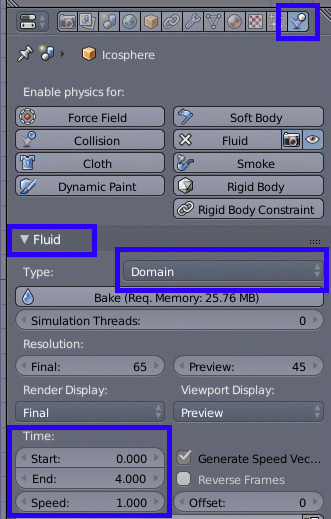 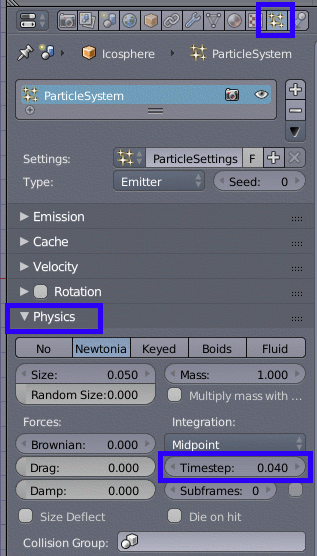 3
How does one animate time in the VSE?
4
Which animation features don't support sub-frames?
3
How do I alter keyframes for a new framerate?
1
How to reverse all animations, physics and simulations?
5
Global Slow-mo effect - Animating Time scale
1
How do I combine an animation with two different fps'?
0
Time remap doesn't interpolate cloth simulation properly