How to detail my sword texture?

Ok, so here is my Claymore model. I put textures on the blade and hilt and I think it looks good but it needs extra details to bring it alive. I followed Blender Guru's anvil series and while those kinds of scratches work really well on an anvil, I feel they need to be a lot subtler on a sword. I am not sure what to add. I mean scratches yes, but what kind of scratches. They can't be very obvious like on the anvil. I also saw many people put rust but what kind of knight would let his sword go rusty?

Here is my sword 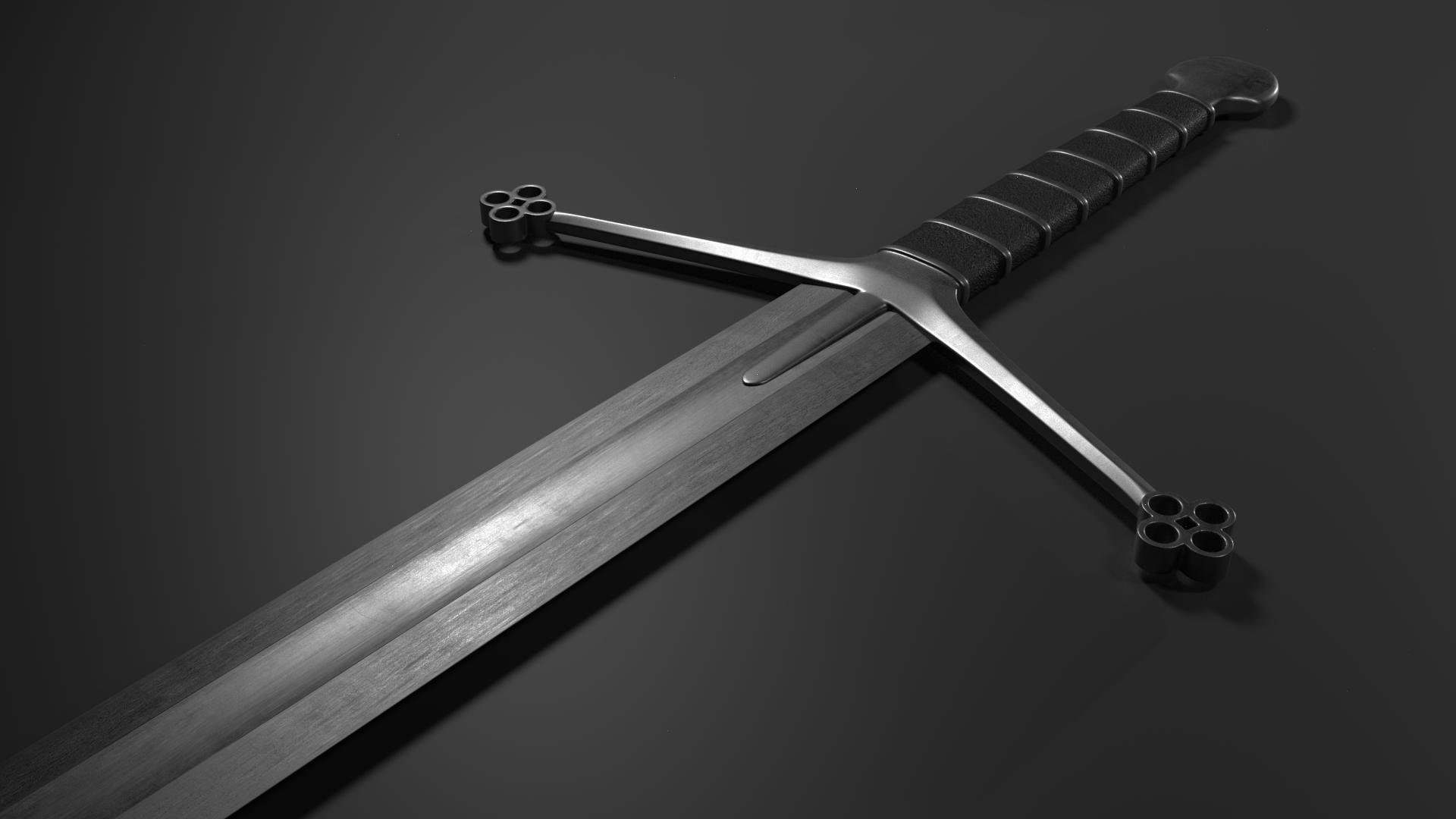 But I want it to look more like this. 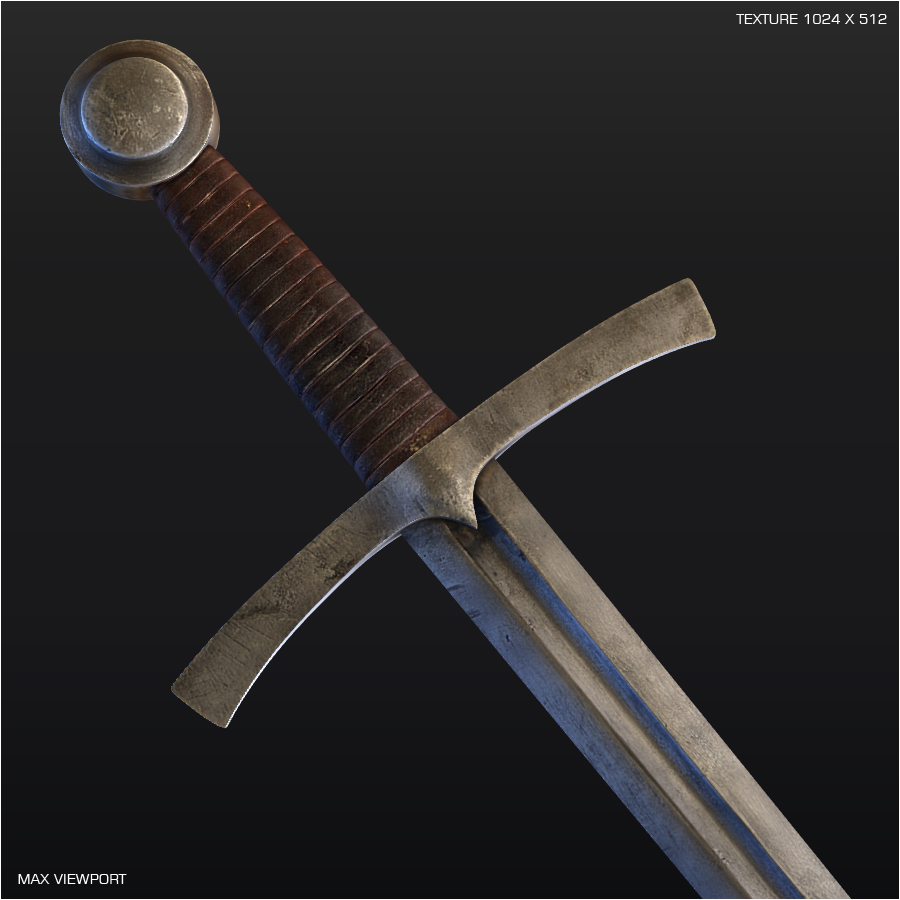 The best way to go from here is to find some images of swords that you can refer to. From what I know, most swords would be kept well polished and mostly scratch free. If you're going a bit more stylized like you would find in a game, then some scratches on the edge from cutting things would be one of the first things to add.

Before you continue texturing though, I would recommend working on your lighting. One of the reasons the second image "pops" a bit more is due to the colored lights. The main light appears to be a warm off-white, and the second light is coming in from the left and adds a bit of blue to certain surfaces. I would suggest looking at some lighting videos or tips online to help you get started there. Lighting can often be what makes or breaks an image.

The final thing to do would be to add variations in the roughness, spectacular, and normal of your material. Once you have your final diffuse texture you can either use the compositor to convert the image to be able to control each aspect, or some other program to generate the maps from the diffuse texture.

Texturing is the process of telling a story about the object, where it has been and what it encountered, how it was taken care of, etc.

More than just scratches, you need layers of grunge and dirt build up and to wear it away again to show how it was held, where it was kept. If the object was kept in a museum, then you are done. If it was handled and passed along generation to generation, then the second image is headed the right way sort of. I Don't see the scratches and pits that would show where it contacted something in battle, and I don't see the dirt from being rubbed clean and put away.

Technical answer: You can use another texture image slot image that is set to slight bump, and also affects the color mix with multiply so that you can scrub in some dirt, draw in some scratches. I suggest a white image and paint into it with gray and black using some clouds and noise set to rake and random to keep from looking procedural. Because of the white, you may need to invert the bump node direction from that image to the shader.

I second the idea of setting up lighting for the mood and effect - and I also think it a good idea to post the process on blenderartists.org to get multiple views and input on where to go as you continue.

Not the answer you're looking for? Browse other questions tagged modeling texturing or ask your own question.

4
How to add detail to a mesh without subdividing all of it
0
How to: High poly to low poly normal map + high poly texture + normal map of texture detail
3
Detail lost when cycles baking to texture
18
How can I improve the realism of my pencil texture lines in freestyle?
1
Round sword hilt
4
How to make the arms of a rigged character slide on the surface of the body