I have curve modifier applied on 3 extruded planes. The curves and planes all have the same width and the curves have the default handle values.

My expectation was that since the distance between the two curves throughout the curve extent is constant, if at one end the objects are just touching each other, at the other end also they would touch but not overlap.

I notice, however that at point 1 of the curve there is considerable overlap in the objects. Could you help me find the reason and the resolution of the issue. 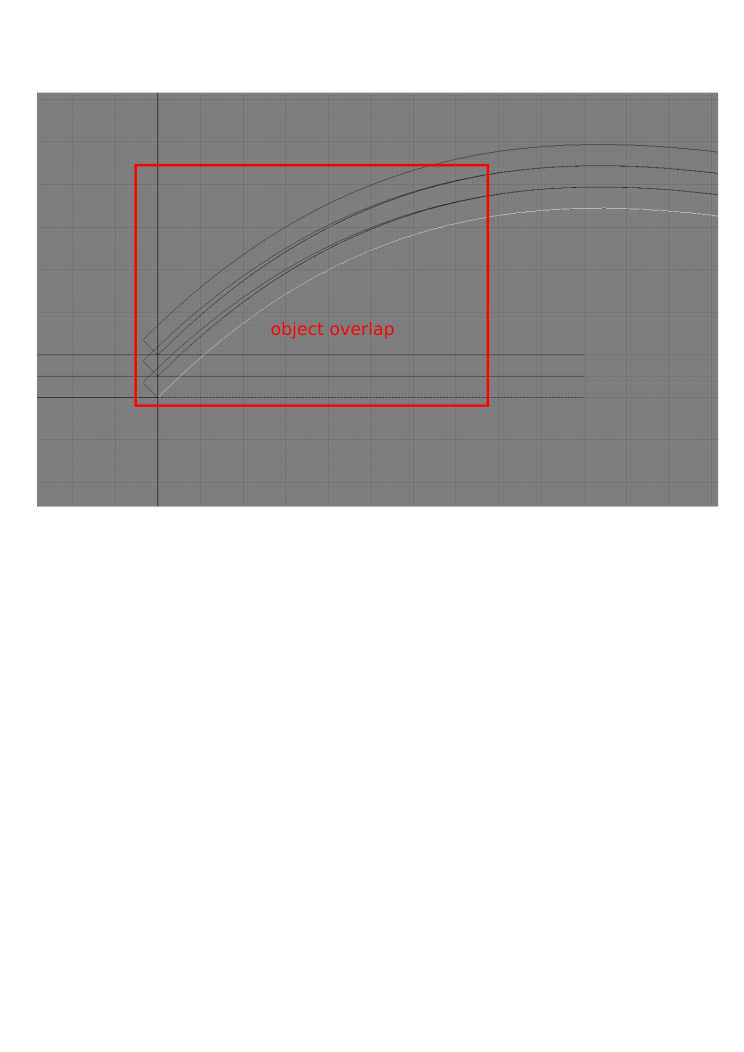 One solution to fix this is using the same curve to deform all your planes, just give each of the planes the right offset in object mode. 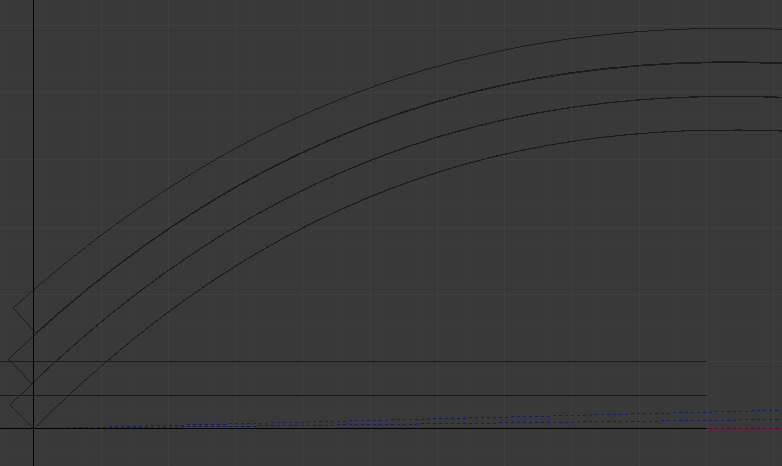 The distance is not constant, your curves are not parallel.

If indeed they are just three Blender default Bezier Curves objects, simply shifted up a certain distance on the Z axis, that doesn't make them parallel, and hence the distance between them is not constant.

The green curves below are all default Bezier Curve objects moved 0.1 units, and the orange ones are the truly parallel result for comparison.

For that to be true you would have to make an "offset" of the curve geometry which I've heard is technically not possible to do perfectly for Bezier curve based geometries, mathematically speaking.

It is also not trivial to accomplish in Edit Mode in Blender anyway, unfortunately. Either use the Offset curve property, in the curve Object Data panel, which is Object Mode transformation only, or offset your planes instead as HENDRIX mentions in his answer.

3
Offset points in space with python

2
Determine if object is bezier circle curve?
5
Create 3 curves/pipes that intersect holes in multiple objects and are equal distance from each other
0
Set resolution of curve generated with Animation Nodes
0
Text on a curve with consistent length
0
Blender 2.8. Trying to join bezier curve with bezier curve made from spiral: "Cannot make segment" error
0
Curve has Rounded Edges. Sharp edges wanted