I'm experimenting with some procedural surfaces and I have a particle system on it. The problem is that, even though I'm using material displacement, the particles lie flat on the mesh.

Is there a way to get them to follow the displacement?

I have tried baking the displacement and applying it as modifier but it didn't work, because the baked map was very imprecise.

I will also have the same problem with a fluid simulation, I think. 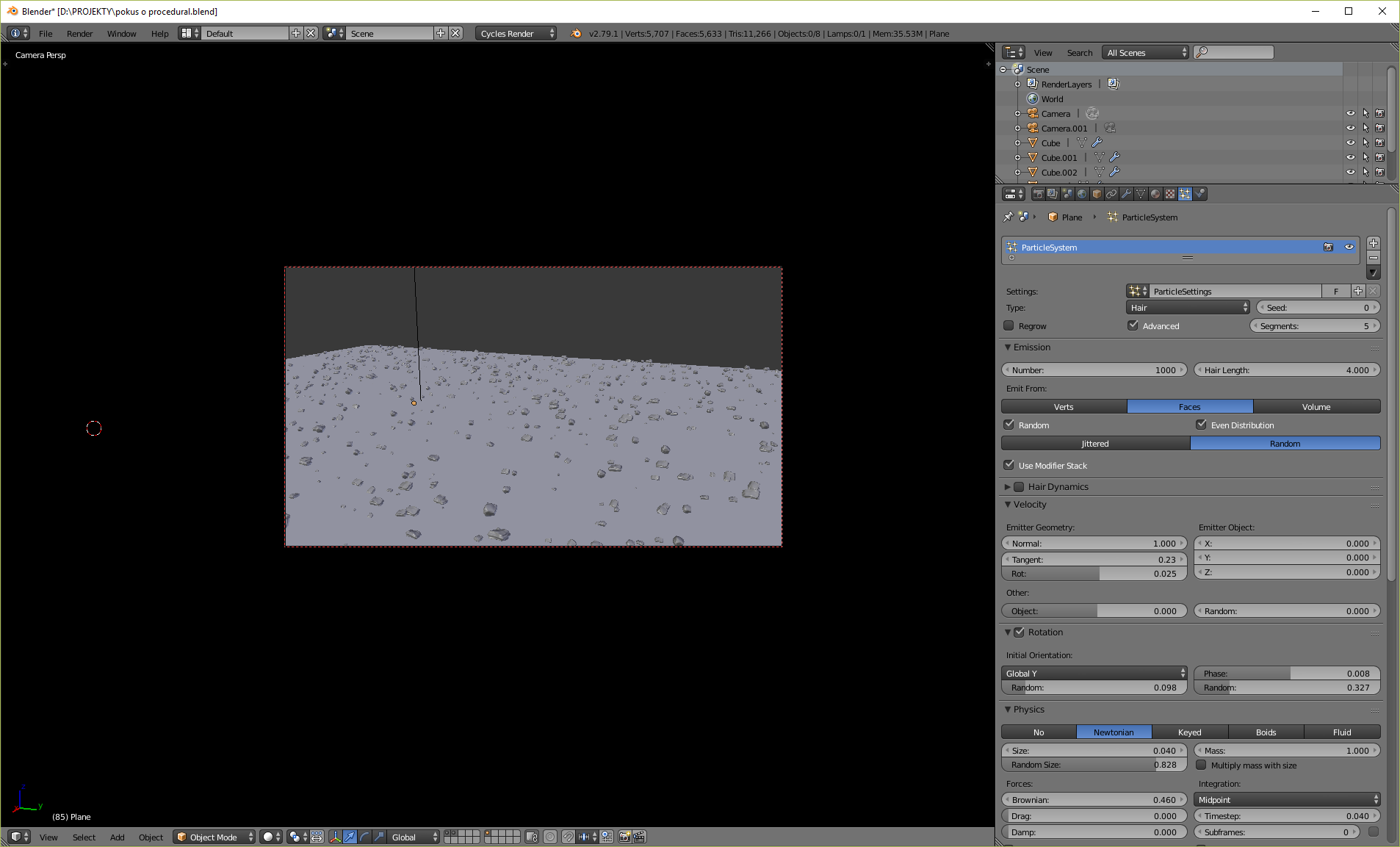 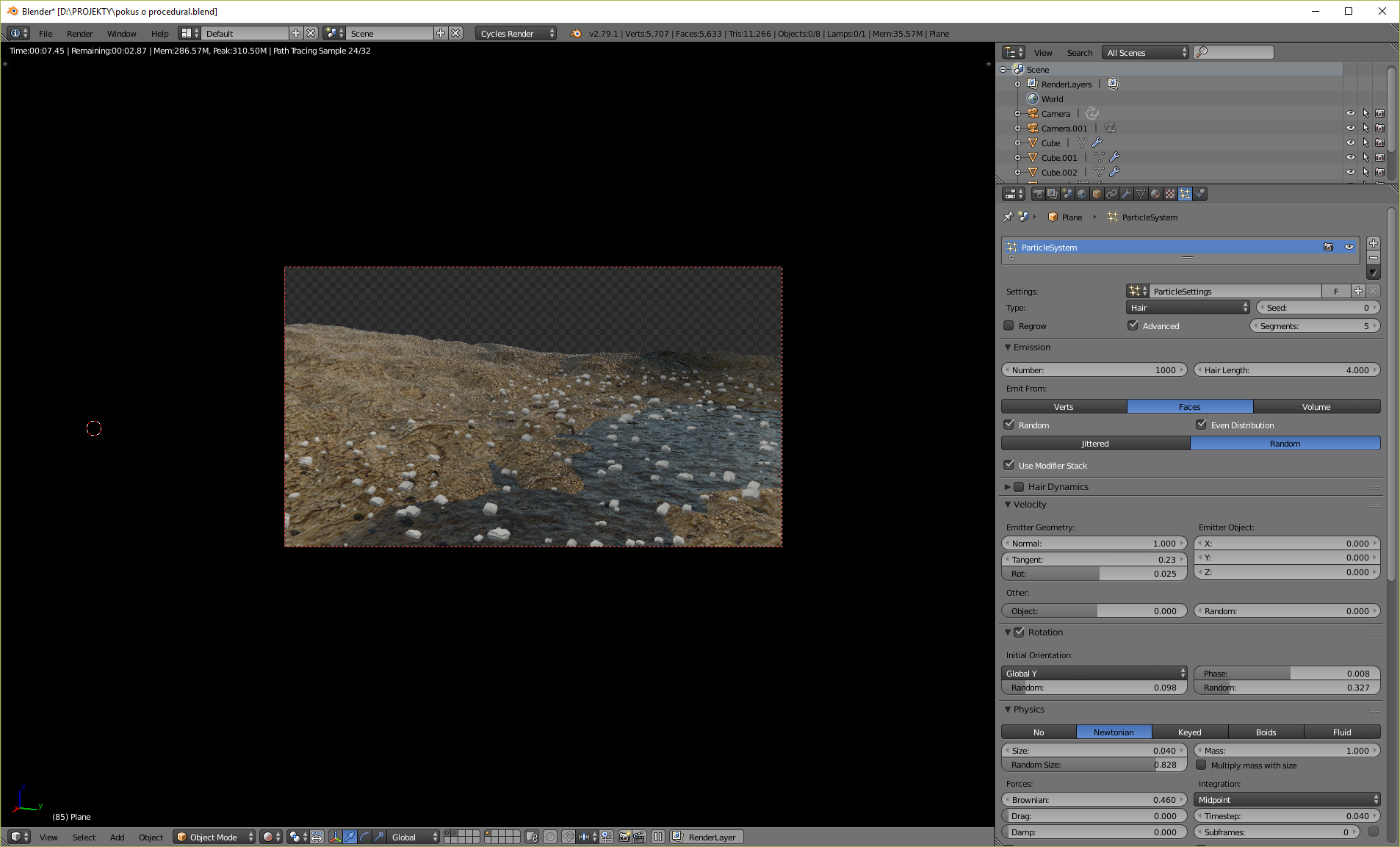 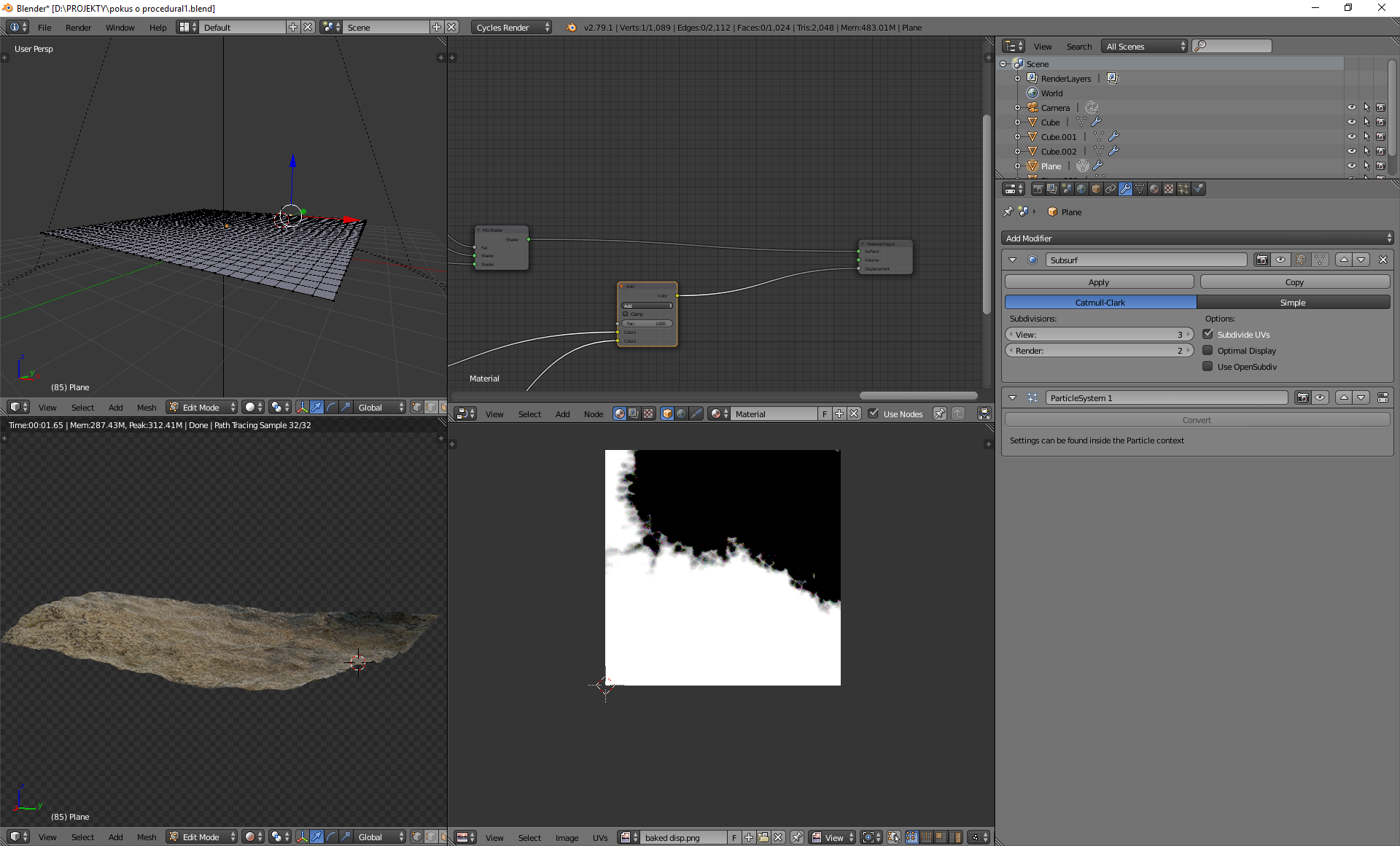 EDIT: the baked map is clamped, even though it shows correctly in viewport

This addon can do it. Only for UV coordinates materials.

Also make sure you checked "Use Modifier Stack" in particle settings 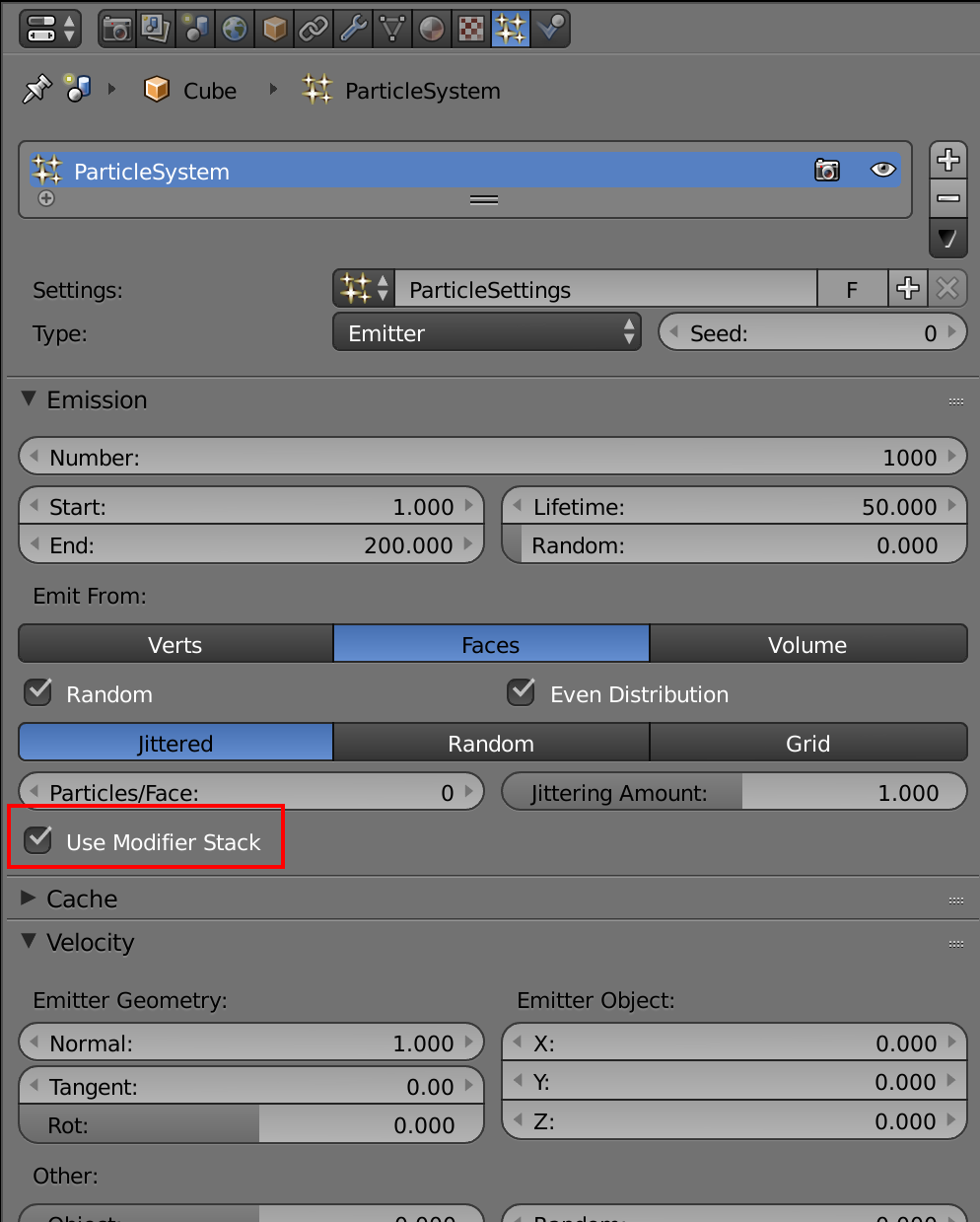 "I have tried baking the displacement and applying it as modifier but it didn't work, because the baked map was very imprecise."

For baking displacement maps, I would recommend checking out Johan Apes answer at Is it possible to make Particles follow Displacement Node? . Baking depth maps is also dealt with elsewhere on Blender Stack Exchange (many times) as well as elsewhere.

When worried about precision, I would recommend baking a depth map as a floating point, non-color image, and saving as .exr to preserve both the bit depth and values outside of the 0,1 range.

Swapping in a displacement modifier for nodes displacement is mostly straight-forward. For the values you're showing, you would need only to specify the texture image to be used and change the coordinates to UV. Modifier "Strength" corresponds to Scale and Midlevel corresponds to Midlevel. The Height from the Displacement node is what you're baking into the image.

I think this may be a problem caused by the order of your modifiers.

This is the order you should have: 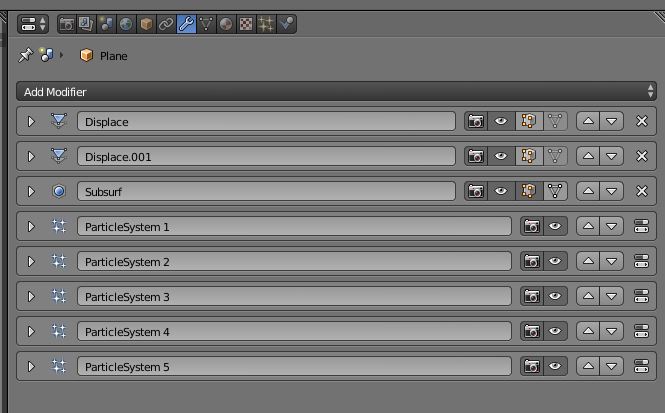 I hope this helps! Regards, C.

Not the answer you're looking for? Browse other questions tagged particles displacement procedural or ask your own question.

2
Is it possible to make Particles follow Displacement Node?
0
Particles don't follow curve
0
How can i slow down particles after baking
4
Particles in render not matching preview (Blender 2.8)
1
Why is material with 'Displacement and Bump' set only showing 'bump' displacement in Cycles?
3
How to parent or constrain baked particles to an object so they follow the object's animation?
0
Particles appearing at different locations when rendering