Particle system and controlling the collision on surface on/off dependent on the emitting geometry?

I have three geometries, two point geometries emit particles in a line, like a laser beam, and the third is a plane.

Can I set the collision on the mirror dependent on the particle emitter?

I have attached my attempt, which is difficult to see. What you see there are a blue beam a green beam and a red beam colinear on a semi transparent mirror. Here, I want to make the mirror reflecting only the red particle stream and passing though the both others. You can use Collision Groups to choose which Emitter will collide with which surface.

In this example I've created 3 Groups. 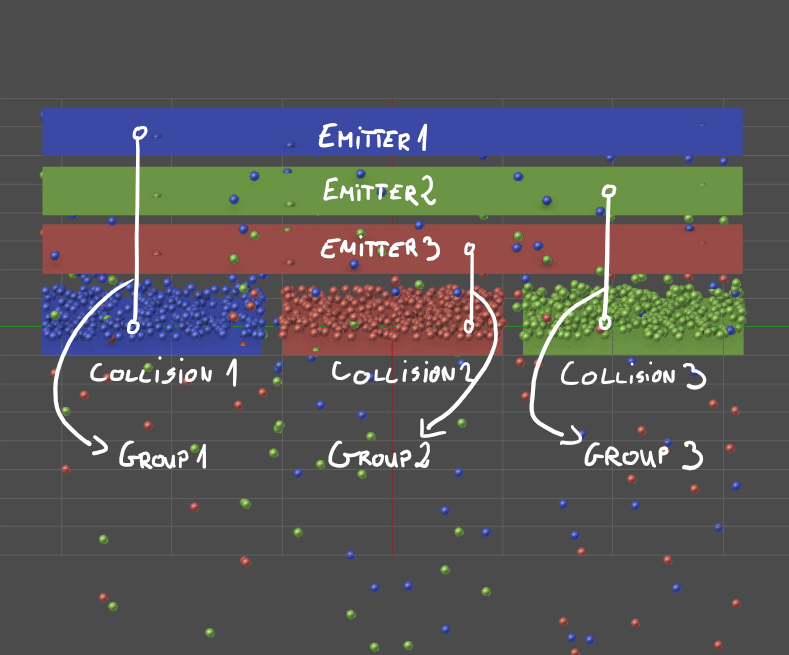 Last thing to do is to choose in respective Emitter under Particles tab > Physics section desired Group. 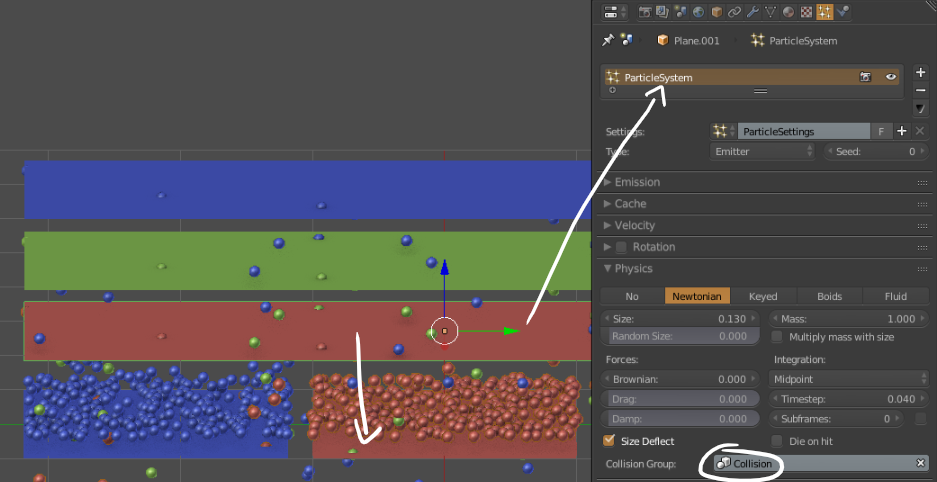 Not the answer you're looking for? Browse other questions tagged collision or ask your own question.

3
Detect two objects colliding, and write the frame number when collision happened
0
Modify the size and location of the Rigid Body Collision Object
0
Animate Collision On and Off