I made a weapon model in blender, I can't remember exactly when or how I ended up with these edges because I made the model a few days ago, however I came back to the model to use it as something to learn how to UV map with. That's when I noticed these edges on this face, the face is not meant to be separated like this, on the other side it appears normal but on the side with the bolt two edges appear, when I try to dissolve them nothing happens, if I completely delete them the whole face disappears. 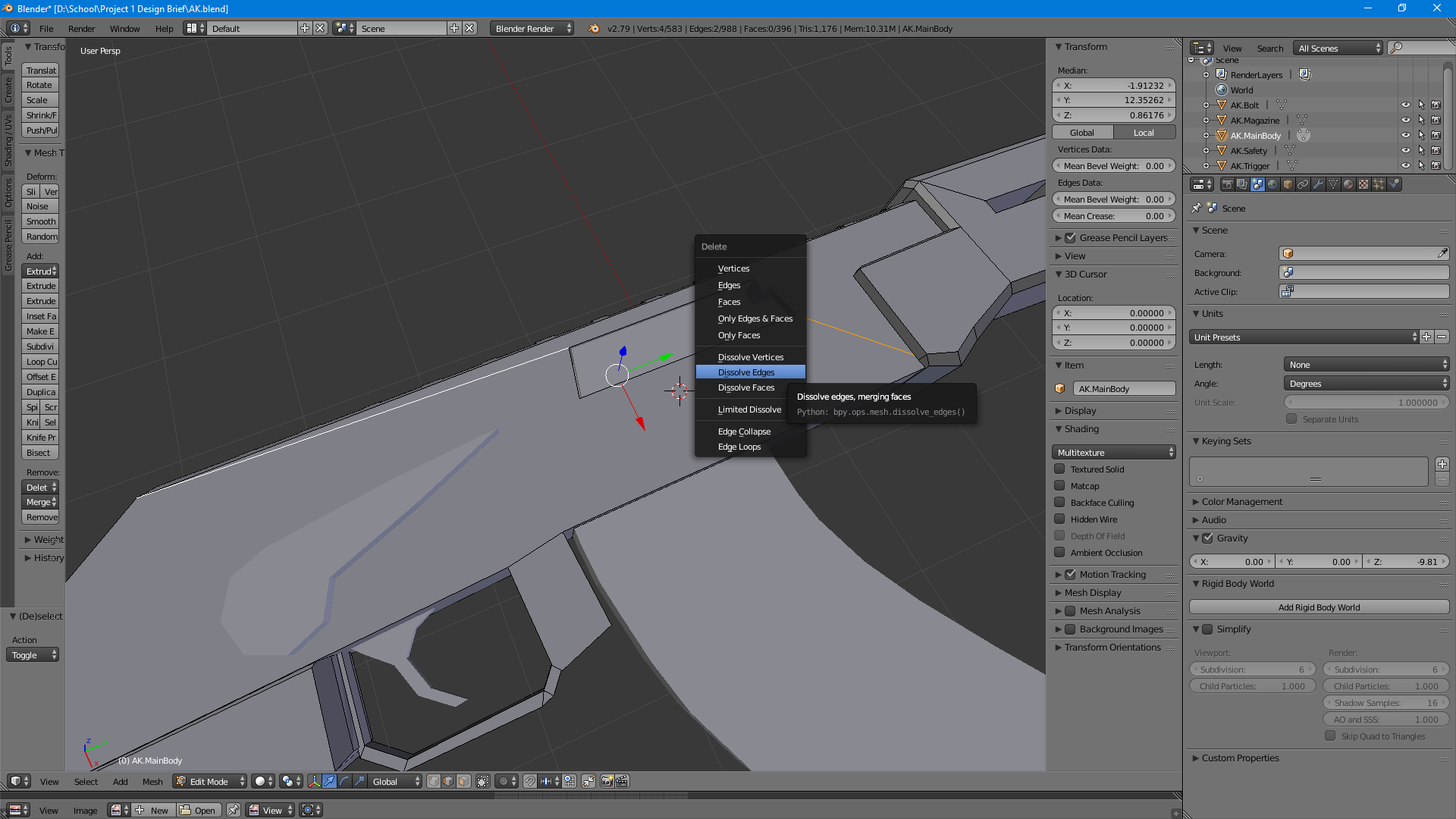 In wire frame view in case it helps: 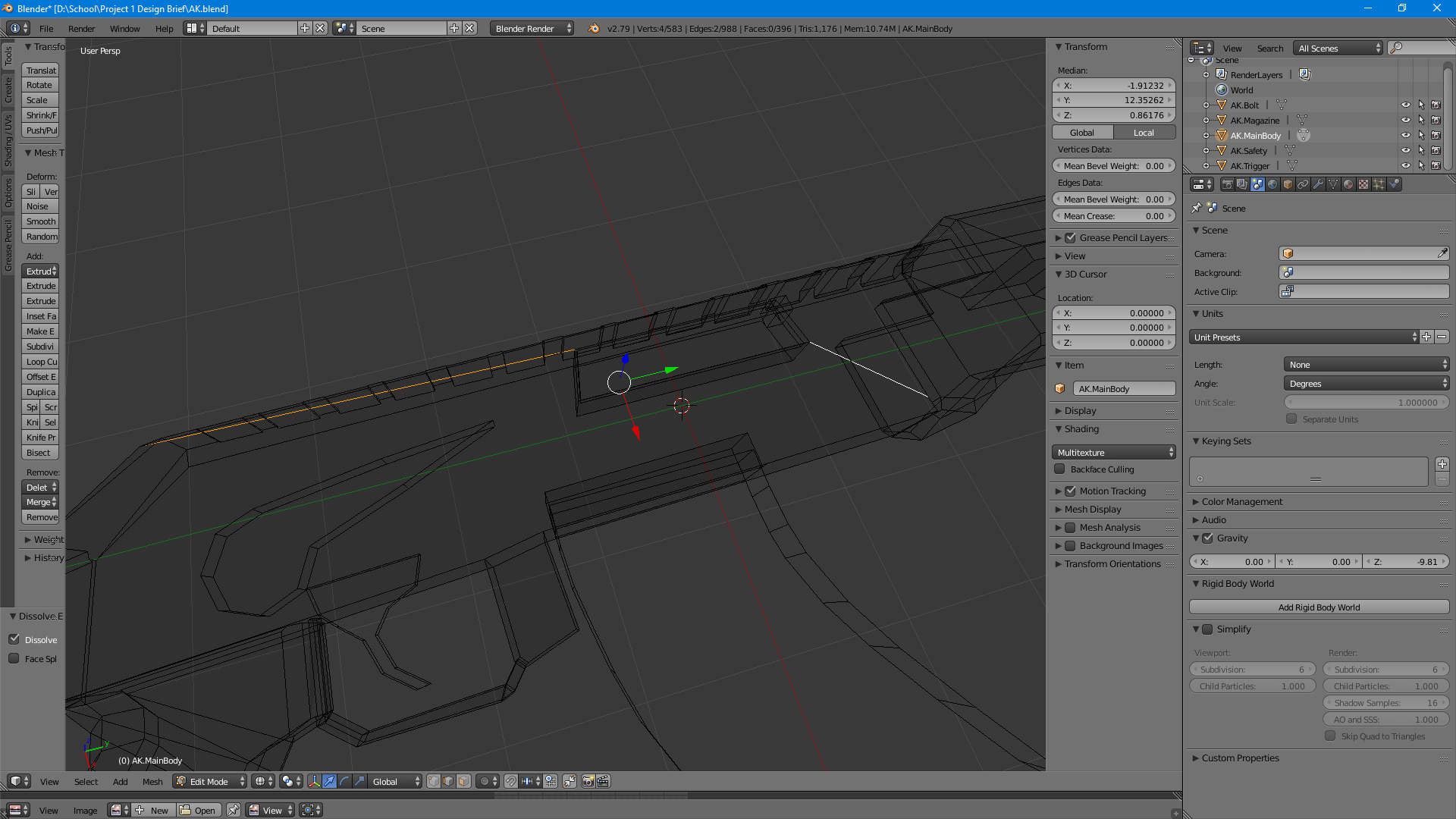 If I fully delete one edge it makes the faces invisible but the other edge stays, as shown here: 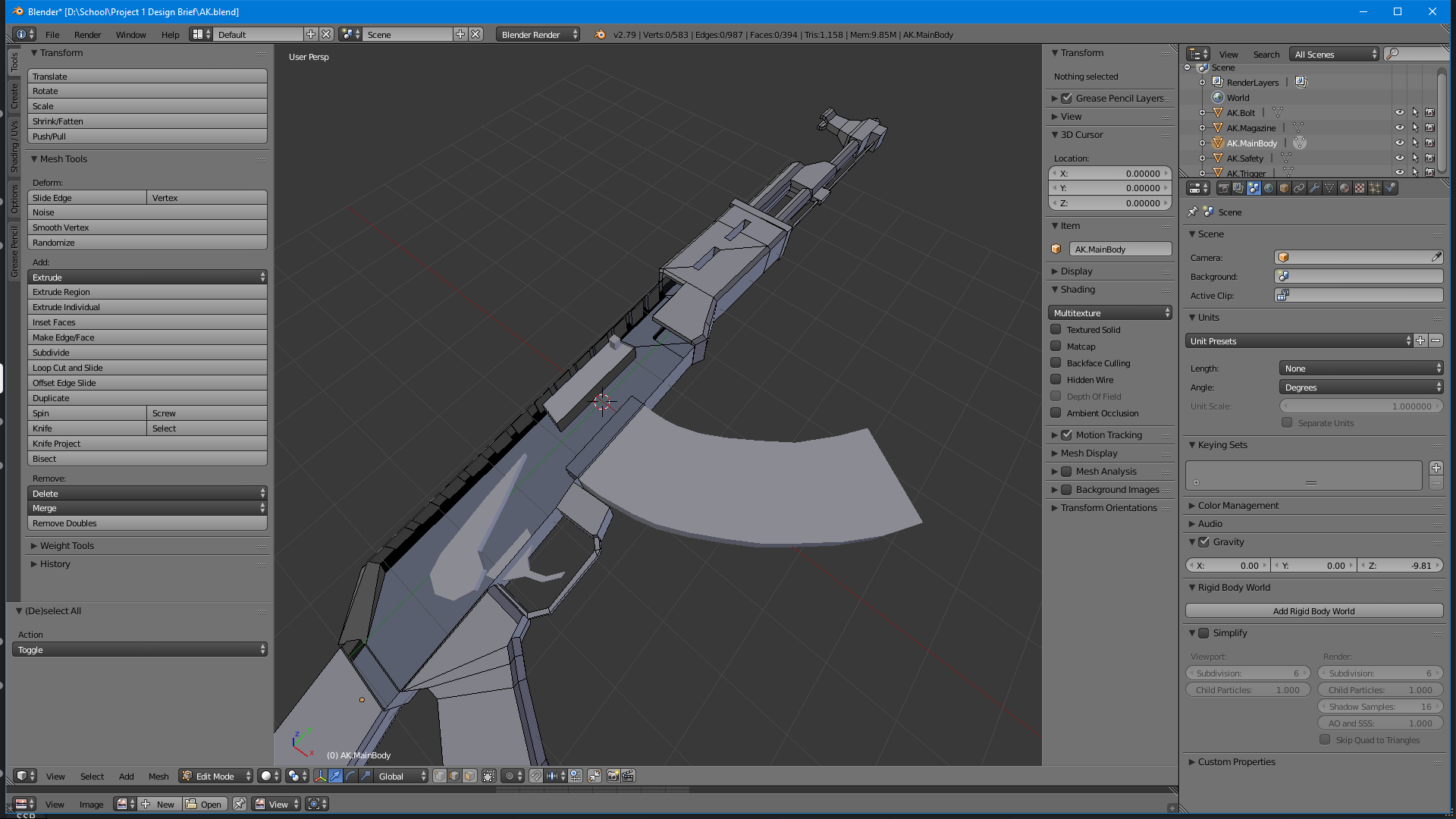 Alright so, started messing around with the model trying to figure out what went wrong, it appears that the un-dissolvable lines appear after putting a hole in the model using the Boolean difference modifier, no idea why or how to avoid this but thought this might help in finding a way to get rid of the edges.

SOLUTION: Othoap Proto suggested that while in edit mode I select the faces that are separated by the two edges and then press "P/Seperate", by selection. The edges that where an issue then disappeared, all I had to do then was rejoin the two objects (Select the objects and press CTRl+J.) This worked for me and hopefully will for anyone else with the same issue.

There maybe extra vertex. In edit mode select all vertex and run "Remove Doubles" Or you will need to go corner by corner of the face and see it you need to merge any vertex.

Not the answer you're looking for? Browse other questions tagged modeling editing edges or ask your own question.

2
Merge around a face

2
Invalid boundary region to join faces
0
splitting edges around a ring
0
How to correct non-connected edges/faces?
3
How to outset from edges/vertices?
0
How to reconnect/extend edge loop
2
Connect two cubes without creating overlapping edges/faces
2
Why do convex curves with sharp edges automatically flatten?