How to delete an action?

I try to delete Action.005 permanently. 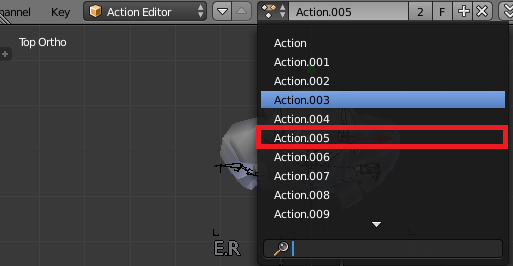 But I don't know how. If I click on the X 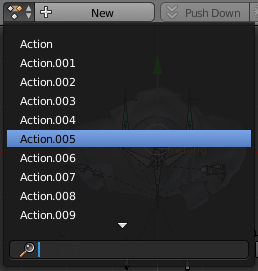 I already researched without success, I even managed to loose all my animations by attempting to apply a fix, so I want to be cautious now... How can I do this? 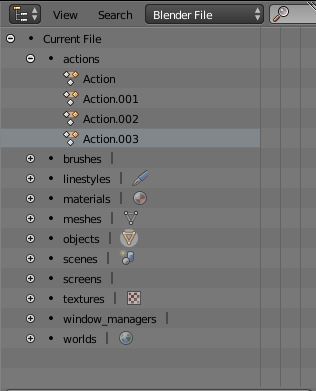 To remove an action you need to disable Fake user option with F button and then click X button. After that you will see no active action in action editor (That will have only one button to create new action + New). Clicking on button that opens list of actions you will see action that you removed with 0 at the beginning of this name (like 0 MyUselessAction). It means that has 0 references on it. Saving your scene and loading it again will remove that dangling reference from .blend file

Shift-click on the X, save, and reload/re-open the file. The action should be gone. (This incidentally should work with practically any data block.)

You have two options. One is to go to the NLA Editor and remove the action by pressing the delete button on the selected action (you might need to click the drop down button on the parent animation). The second option is to go to the Hiercy(objects panel) and select your object with the animation, click the plus icon to the left of the animations sub menu and right click on the action you want to remove, then you can see a delete option, follow by clicking it and it should be removed. If you find your action only listed in the NLA Sheets menu, then you can only use the first option.

There is a similar question here:Can not delete actions in action editor even with Shift + x

If you want to Remove It Completely you could just use this code:

Just Paste It in The Text Editor, replace MyAction with The name of your action in the second line and Press Run Script or Alt+P.

Keep in mind You should not be able to undo after using this techinque, so be careful.

Select your action in the Action Editor, then unfold Armature > Animation and right in the Animation tab there will be your action. Now just

Go to the "Nonlinear Animation" window and remove anything unnecessary, then save your file and reopen it with Blender.

2
No keyframes visible in action editor
0
Cant change animation action from move to hit
1
Animations Disappear When Loading Up Blender
3
How to make quick 2d animation with blender? Npr
0
Make multiple smaller weapon animation clips out of big default action for use in Unity game engine
1
Confusion over animations in the Dope Sheet and NLA Editor
0
How can I delete the same animation/curve channel from all selected objects?