I have an issue I seem to keep coming across with the fluid simulation; I seem to be generating a strange 'ladder effect' where the fluid spreads out regular intervals as shown in the image below.

The test scene consists of an inflow onto a surface that falls away vertically to give the fluid something to flow down.

I have tried increasing resolution (to about 200), but I just achieve a higher quality ladder effect.

I wanted the scale to be 0.25m but I tried 5m and get a very similar effect.

This is something related to slip, if I make both the fluid and surface free slip i avoid the effect, as i re-introduce partial slip the ladder re-emerges.

Is this effect expected behaviour?, is it a commonly experienced phenomena? 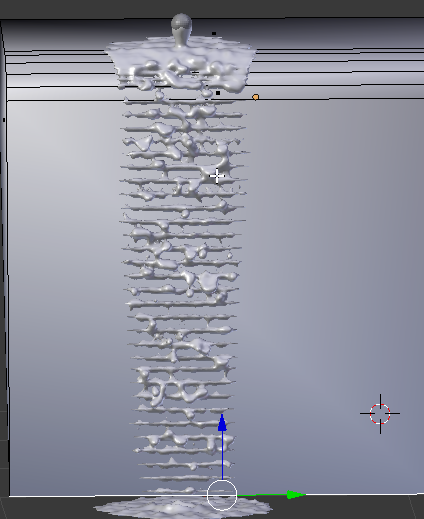 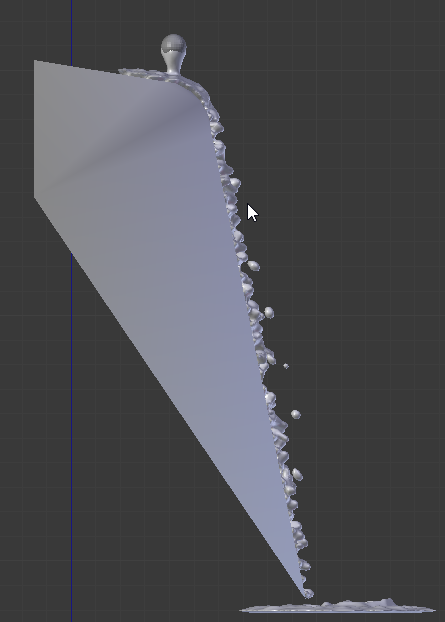 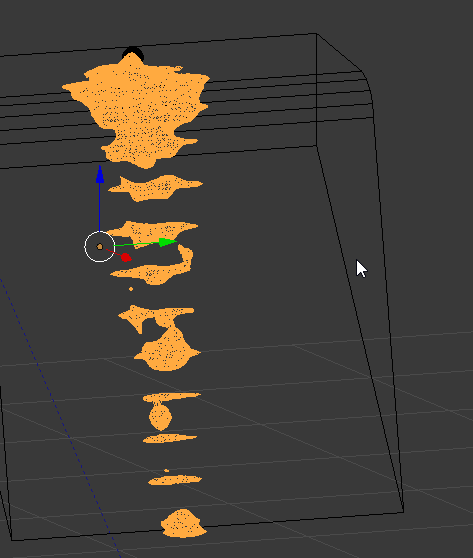 This by all means is not common-it's probably a mistake in your domain settings. Check back at your bake location, your viscosity settings, and your particle settings for the fluid.