Not detects mesh as object?

that's my first question here in blender stackexchange, so I'll try to be specific;

I have modelled a city with more than 30 objects, but my problem is that Blender not detects each mesh as object. I mean, when I select each "object", in the upper menu where displays the project info (verts, faces, ) says 0/2 objects. I don't know why shows me 0/2 objects instead of 0/30 objects. I've found 2 buildings that Blender detects as objects, but the rest of the models doesn't recognise them as objects.

How can I "set" the other models as "blender objects"? I need for exporting them to 3ds files, and Blender won't export anything if is not an object. 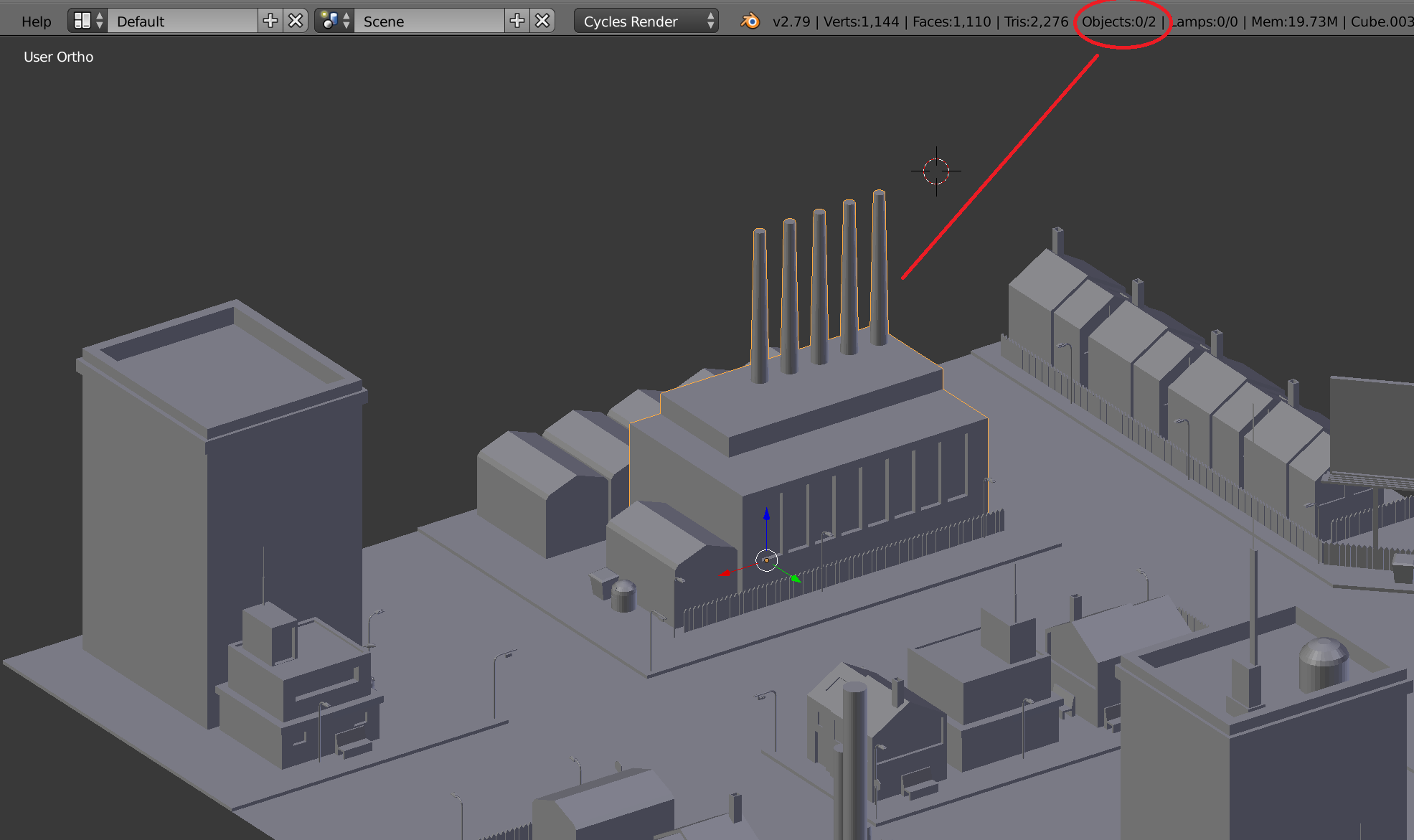 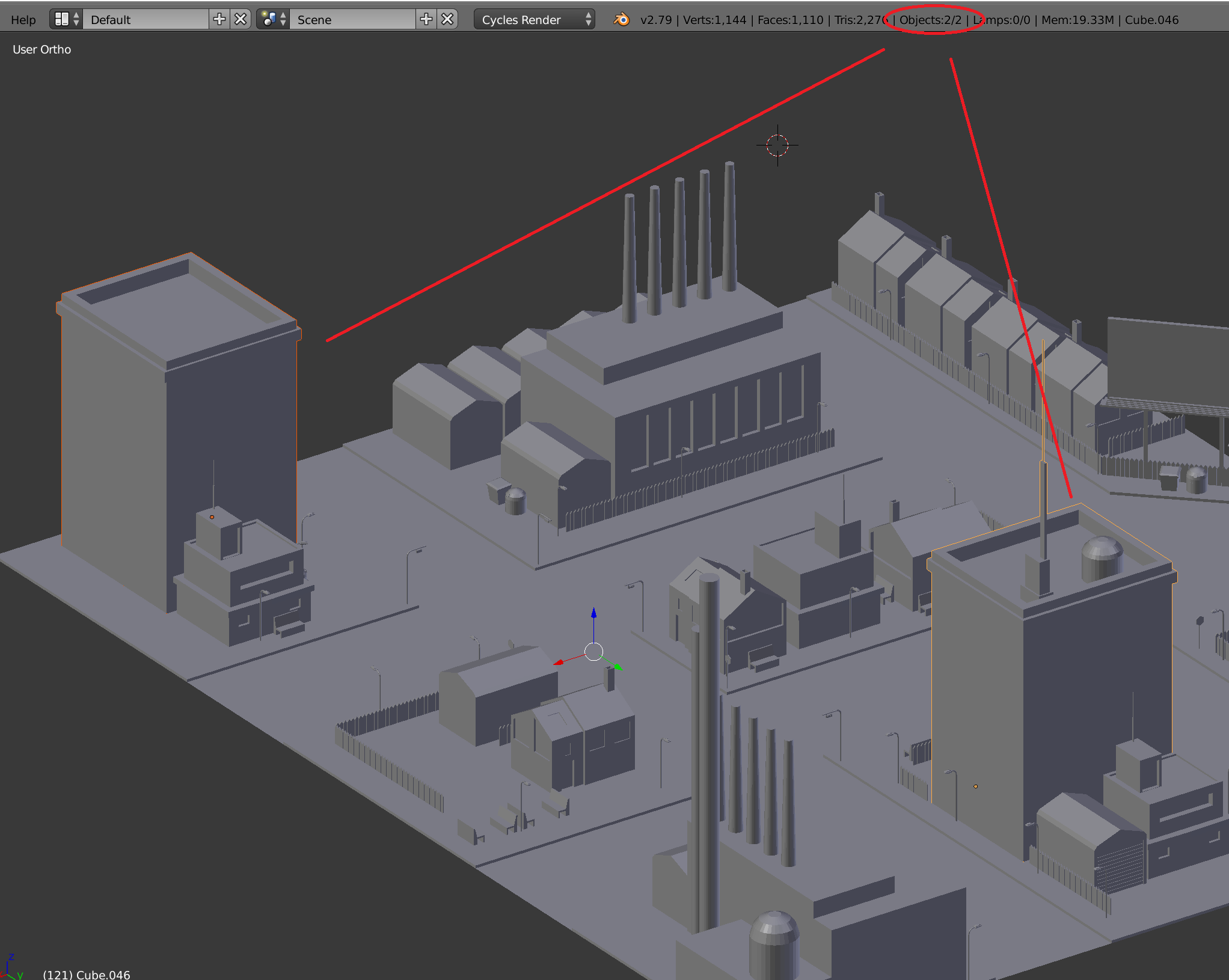 (I restored a previous file where it detects 4 objects instead 2) I have each kind of building in separate layers, but the object's number doesn't change if I change the layer where I'm working 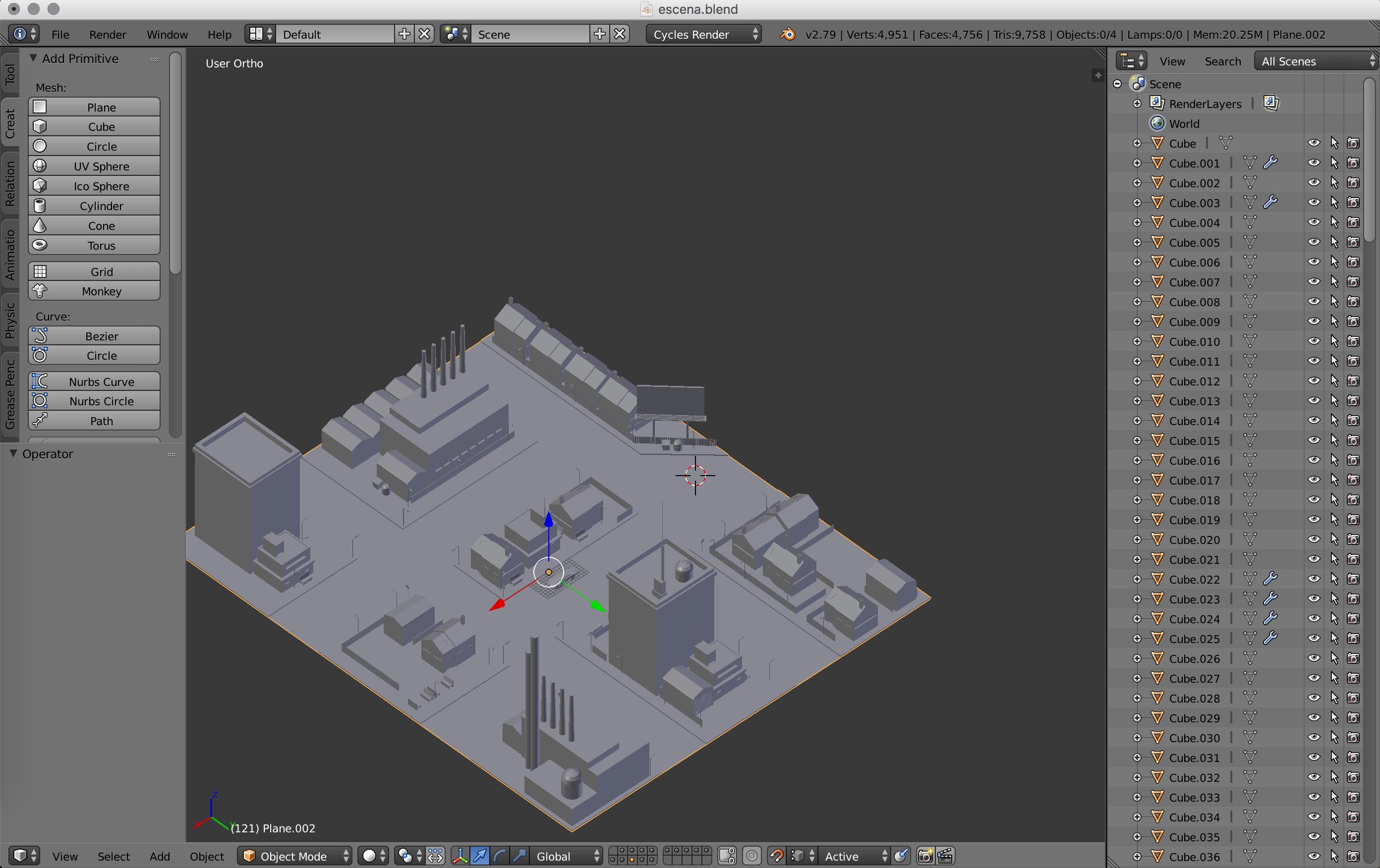 Select one of the object and click this button

Use the scene's active camera and layer in this view rather than local layer.

It has link in one scene into other scene

2
selecting many objects inside blender and export them as seperate .obj with one click?
2
Culling Objects Using a Culling Object
2
create random distribution of dupli objects on particle system but keeping one object per face
11
How to randomize window lighting on skyscrapers without separating each window into a separate object?
2
Blender 2.8 sometimes freezes with imported file
1
Need help making a 3d keychain pendant
3
How to copy object's dimension from another object?