Disclaimer: I'm pretty new to blender and 3D modelling in general, so apologies in advance if this is a really simple fix. I've tried everything I can think of though and am out of ideas.

So I'm having this issue when it comes to baking my normal map, and I'm baking from a high-poly model onto a low-poly one using the 'selected to active' method. Weirdly though, there are some bits of my mesh that come out discoloured in the normal map.

The result looks similar to this question: Normal baking, very weird results. I tried the accepted answer and it worked fine at first, but after making some more changes it doesn't seem to be fixing it anymore. Here is what mine looks like: 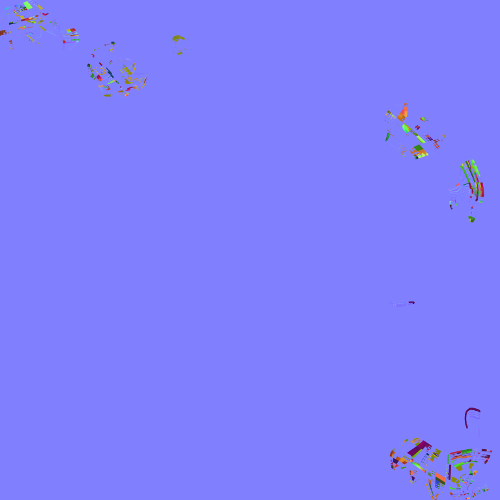 I've already completely remodelled the dubious bits (as the mesh was a bit crap tbh), and they worked at the time, but after saving, closing, re-opening and regenerating the normal map I got this result again.

I've checked to make sure my objects are in exactly the same position, and increasing the ray distance helps a little bit, but doesn't clear this up entirely. For now I haven't even added any sculpted details, the high poly mesh is just an exact clone of the low poly with a subsurf modifier applied to it, while I get this issue sorted out. And I'm using Cycles if that affects anything.

I'm not sure if this is relevant, but when it was working, instead of generating the normal map as one big square, it would only generate normals where they overlapped with the UVs. I have no idea what causes this behaviour though, so I can't replicate it.

It's not really a fix, but I did manage to find a way around this.

Turns out when I generated normal maps that worked, I (accidentally) did it using Blender Render instead of Cycles.

So I moved my objects into a new file, did all my sculpting, and generated a half-decent normal map from them, which I can save and use in the original Cycles file with no issues apparently. There are still some weird bits but they're mostly parts of the mesh I didn't take much care with, as I won't be using the normal map for them. Getting the whole thing to a usable state would be pretty straightforward I imagine. 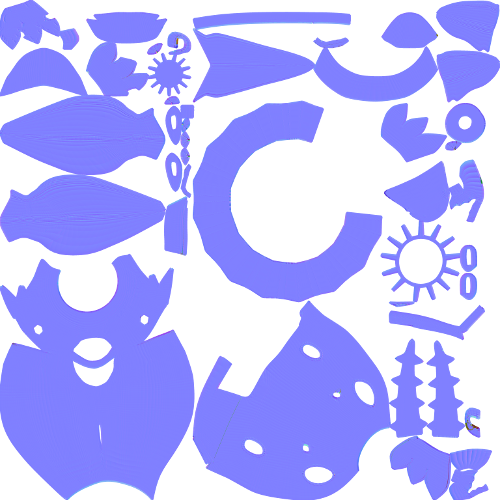 Not the answer you're looking for? Browse other questions tagged normals texture-baking normal-map or ask your own question.