Is it possible to elongate particles based on velocity?

I would like to elongate particles along their direction of movement proportional to their velocity. Is this possible? 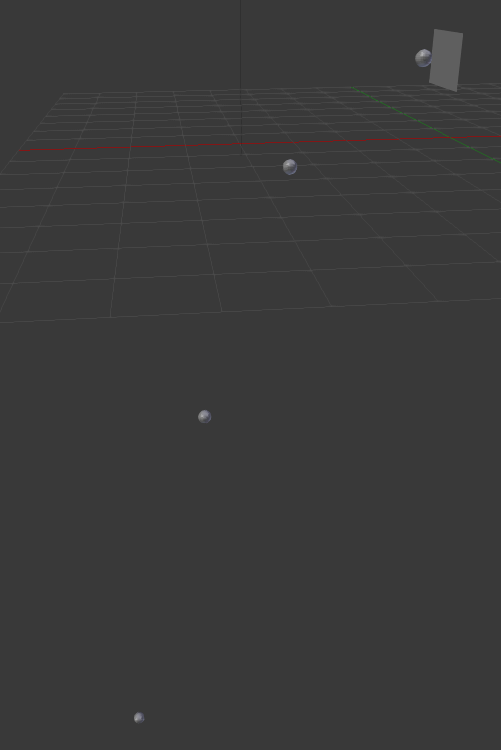 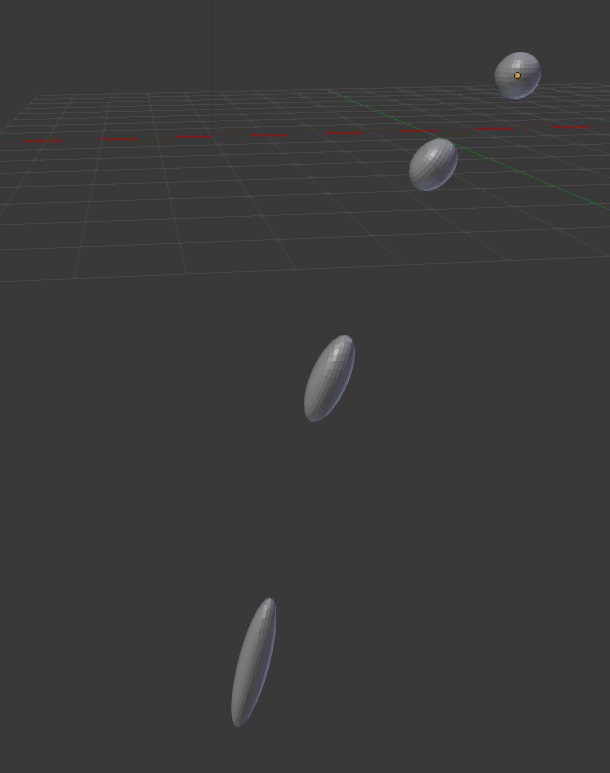 Half of the solution (read below) with animation nodes

I got close to the solution using animation nodes. It might be very easy to work on this to make it a complete solution but, I must admit, it's my first time using AN!

The plane (Plane) emits a particle system with 3 particles with a starting normal velocity and default newtonian physics. Particles must not be displayed via the particle system Render settings. In fact, we'll do it using animation nodes. I've also created a "water drop" mesh (Sphere) for duplication.

This is my animation node setup: 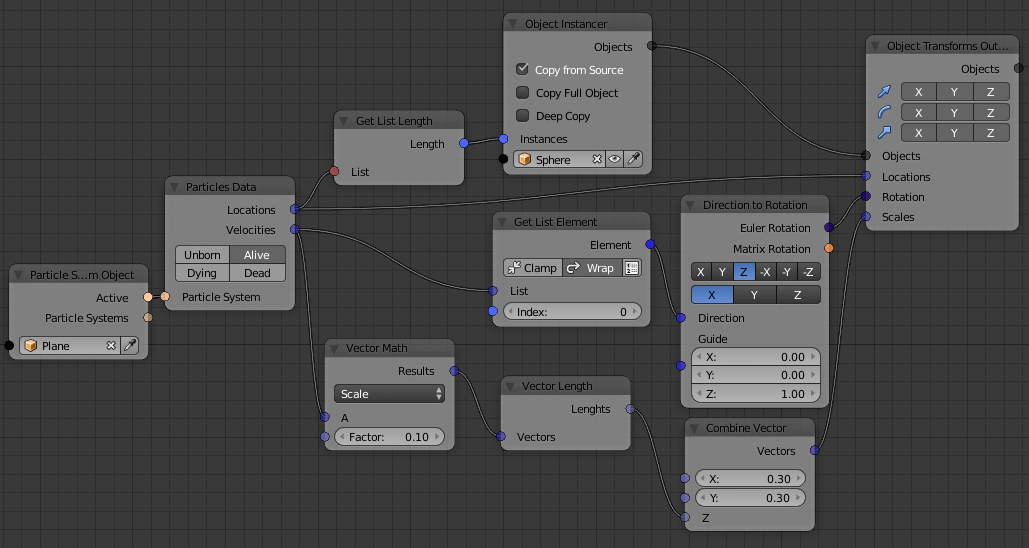 It creates as many copies of Sphere as there are (alive) particles, then it scales them along their Z axis by an amount proportional to each one's Velocity vector length. Finally, it rotates the instances to match the direction of the velocity.

HOWEVER, I am not able to pass a list of rotations to the "Transform Output" node, so I'm only passing ONE rotation, namely that of the first particle!!

If anyone knows how to pass a list of rotations instead of a single rotation, feel free to add a new answer.

0
Is it possible to change the size/scale of a mesh based on the object's velocity?

1
Growing strands with particles
0
Change speed between particles appearing/dissapearing?
1
Emit particles from a plane based on the alpha channel of it's texture
3
Is it possible to dynamically reduce the number particles based on distance from camera?
9
How ought I lock particles' rotation so that they always face their velocity vector?
0
How to make particles change their direction 90 degrees