How to make realistic falling snow in blender cycles

I have looked everywhere and I cannot find a tutorial on how to make realistic falling snow in cycles. I know it is fairly simple in blender render, but I cannot find out how to do it in cycles. I don't even know where to start, since particles do not show up automatically in cycles.

You could create a snow material using volumetrics using a material such as this : 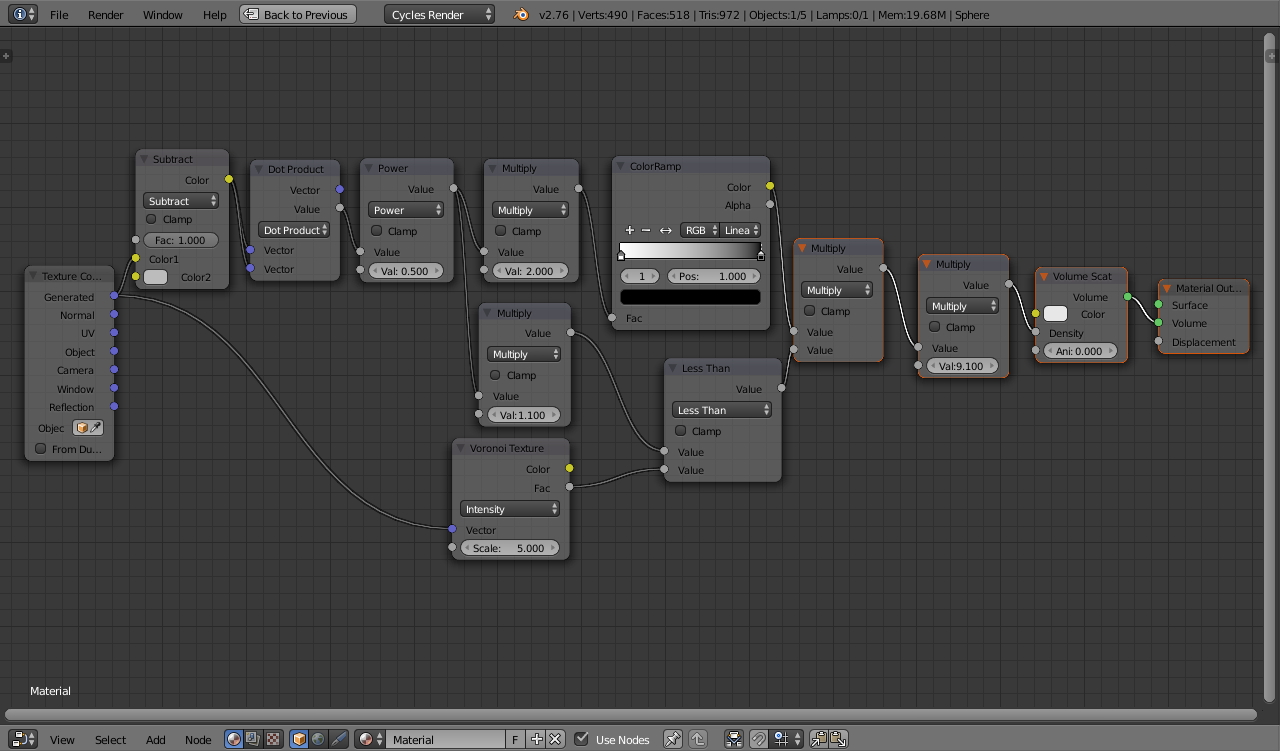 Applying this to a Sphere produces something like this : 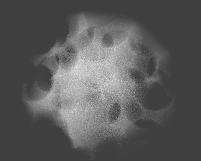 Create a particle system and adjust the properties to provide suitable snowfall - eg, increase Drag, Damp, Brownian in the Particle settings and possibly also add a Turbulence force - to get gently falling snowflakes and the sphere for each particle. 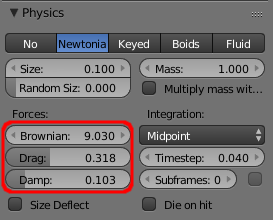 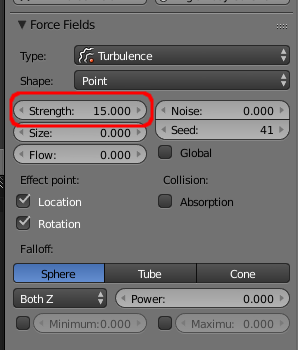 Breaking down the volumetric material, this consists of two parts.

Firstly, a Voronoi texture is used to generate a branching structure by way of a Maths Greater Than filtering out those points greater than a specific value : 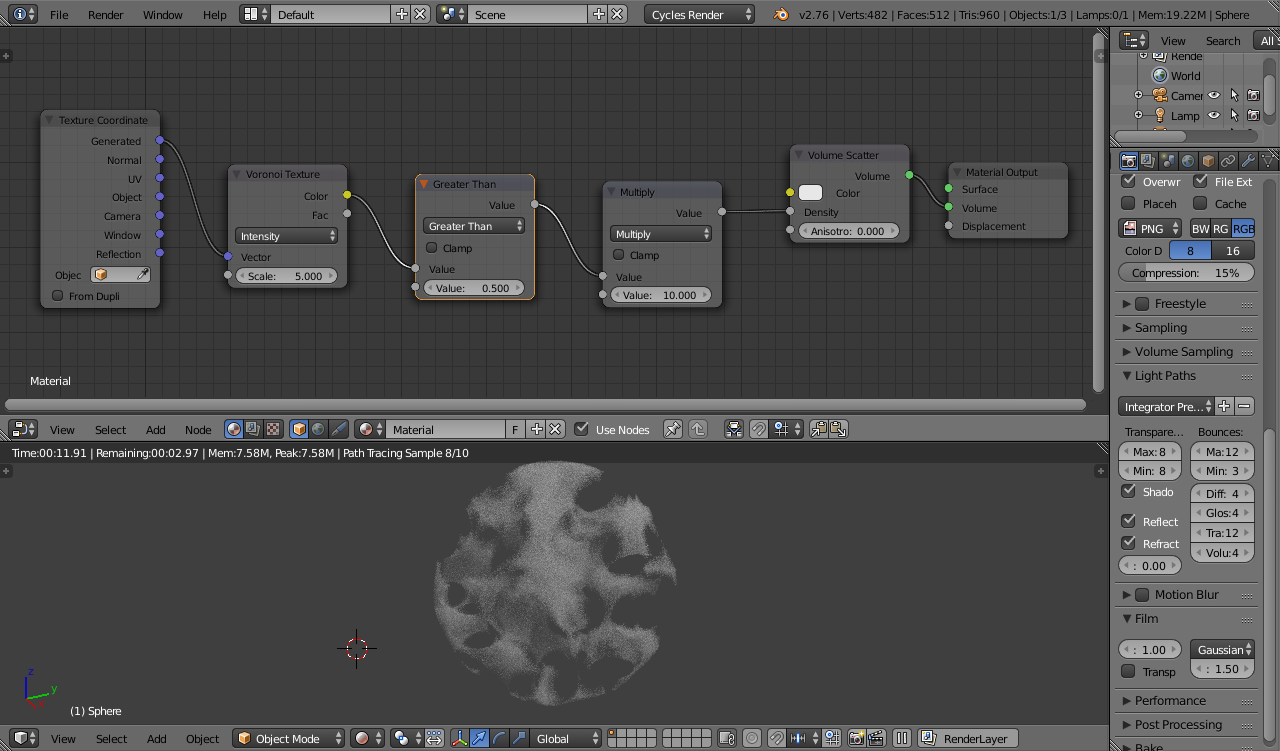 Note that the Light Path render properties in the right-hand panel have been adjusted to increase the Volume bounces. This improves the quality of the volumetric material (as light is allowed to bounce within the volume).

Secondly, the Generated coordinates are manipulated to generate a density that decreases the further the point is away from the centre. This is achieved by subtracting (0.5,0.5,0.5) from the 0.0 to 1.0 generated coordinate (so it varies from -0.5 to 0.5 with 0,0,0 being the origin), the Dot Product is used to calculate the square of the distance from the origin, the Power node takes the square root (ie d^0.5), then it's scaled by a factor of 2 so it matches the input range of the Color Ramp node. The Color Ramp values are reversed (click the double-ended arrow button) so that it reverses the range. This should produce the following : 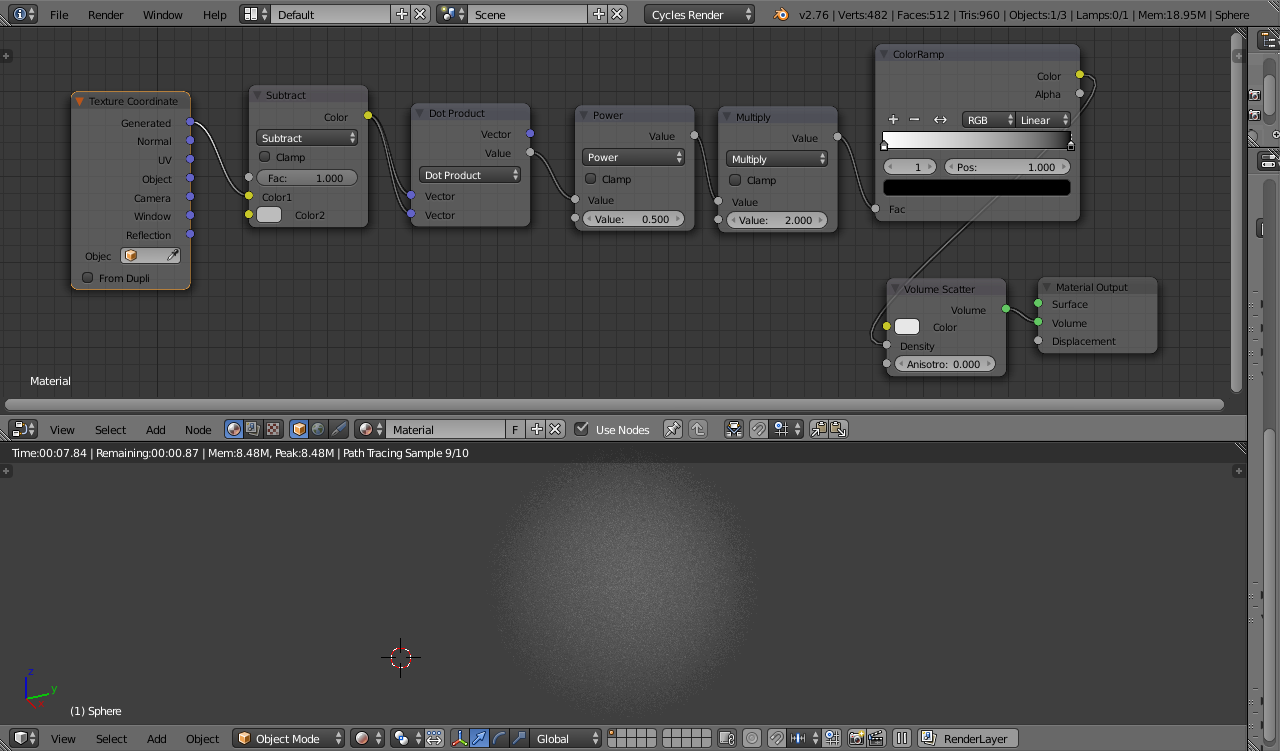 These two parts are then combined into the final material so that the distance from the centre affects the density (so it's denser at the centre) and the 'width' of the branches (so they taper off as they get further from the centre).

Note that the Greater Than node has become a Less Than node in the final material due to the inputs being swapped over for better node layout.

Well here's what I do. I take a cube and give it a particle system. I set the type to hair, and the "Emit From" option to Volume. Then I make a sphere, and I go down to Render and click Object and select the Sphere. Hopefully this is what you're looking for. 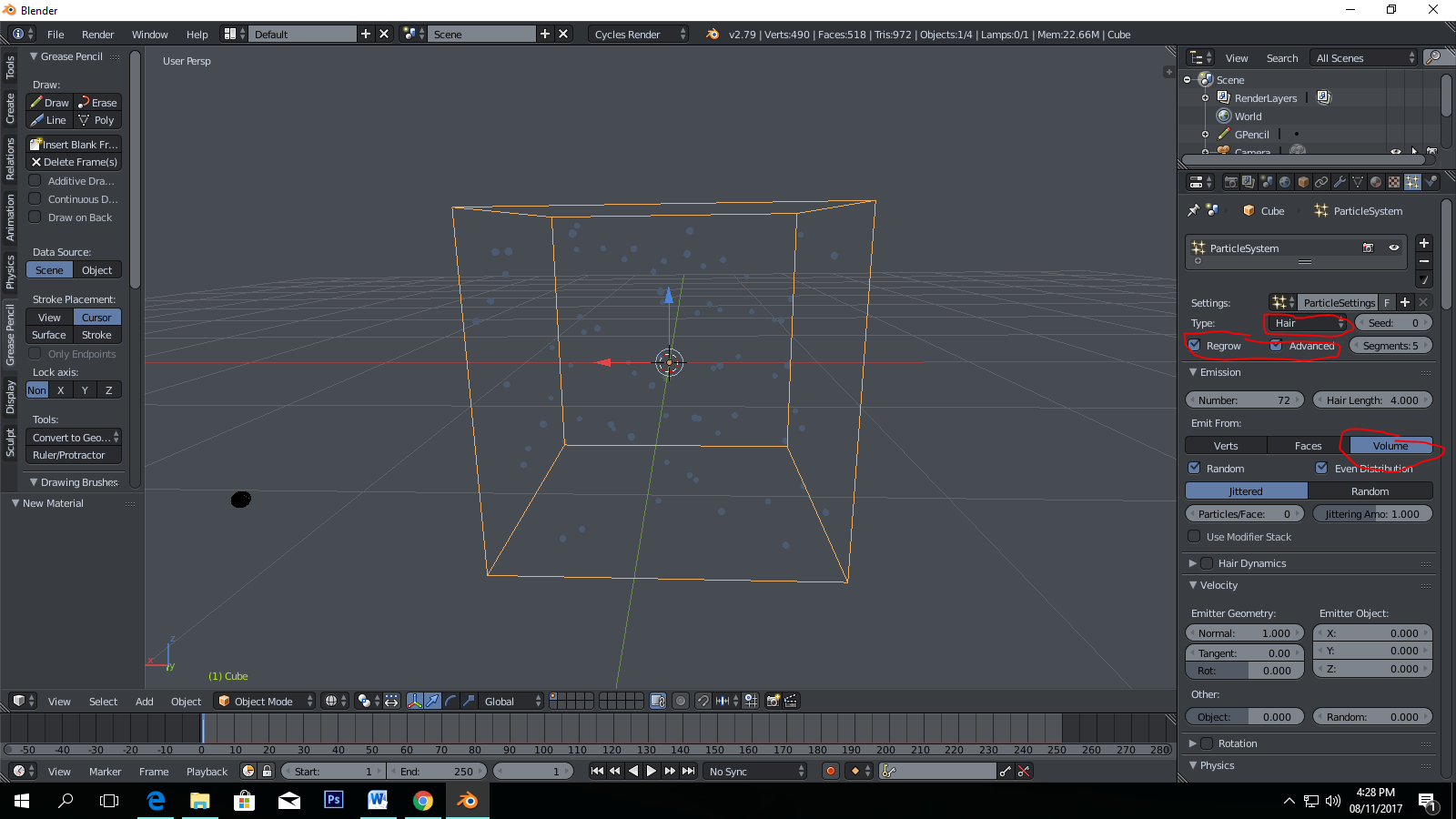 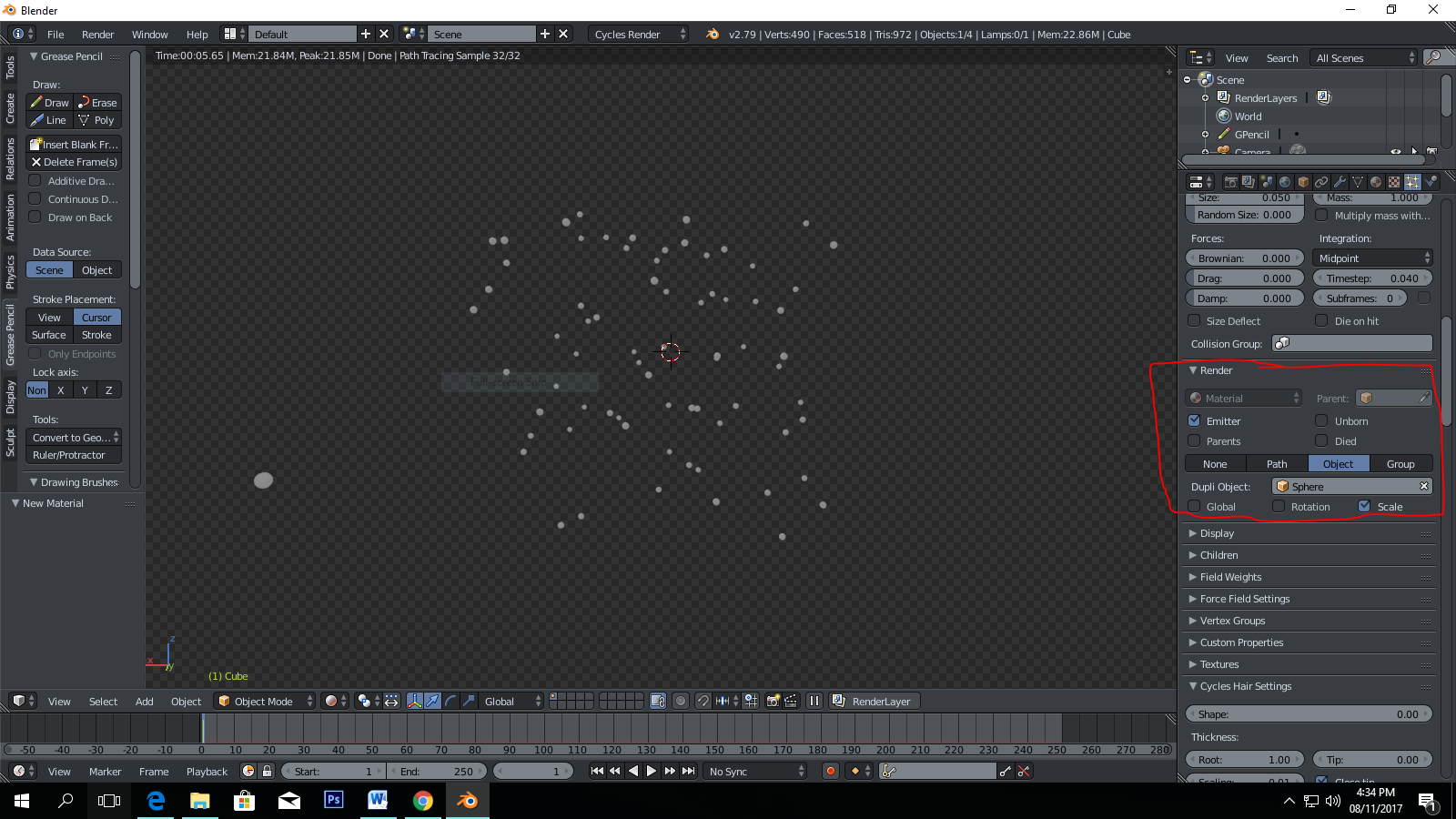 Here is what I was able to gain using this technique: 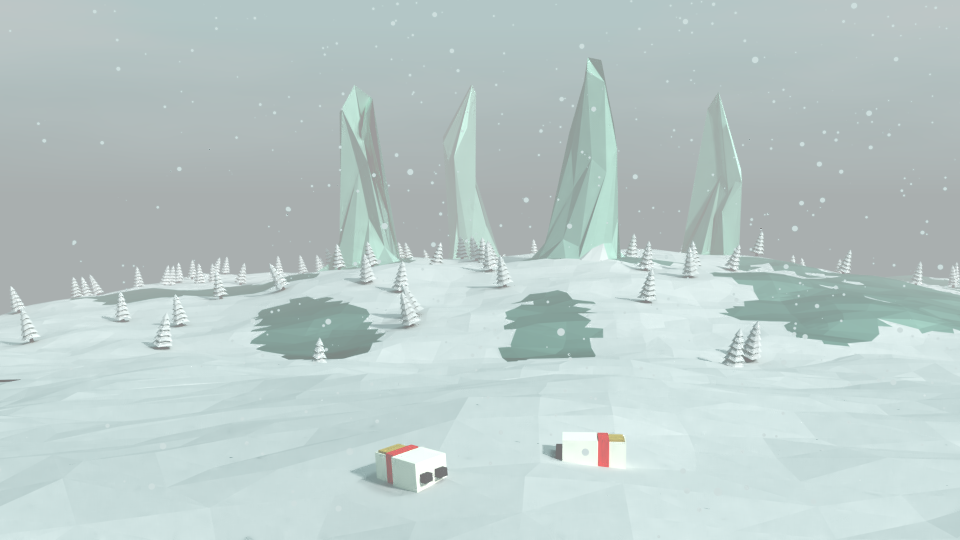 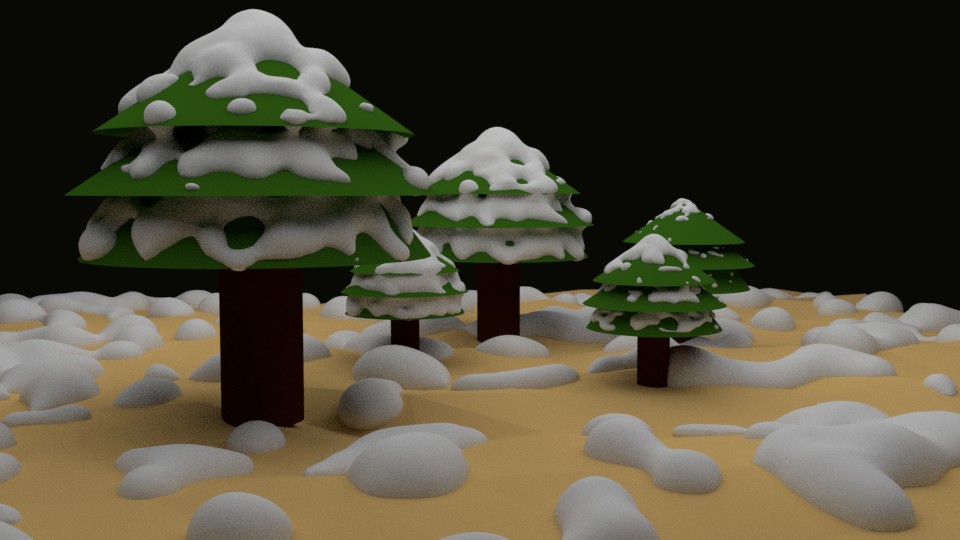 Not the answer you're looking for? Browse other questions tagged modeling rendering particles physics or ask your own question.

5
Does Cycles use a Camera Frustum check?
6
Particle speed and density
6
Procedural Snow with Particles
0
Flickering particles when rendering animation
0
Particles started before animation does not appear in cycles animation render