I'm currently trying to create objects along a curve at a set distance to each other (or distributed by the count). All while taking the position and rotation on the curve into consideration but not bending and distorting it (I'm looking at you curve modifier)

My solution so far is:

Create a curve that serves as a path to follow.

Create a plane and make it tiny in scale. Put an array modifier onto the plane and afterwards a curve modifier so the planes follow the curve.

After that I check the duplication option in the object tab of the plane and set it to faces.

Then make the plane parent of the object that I want to get duplicated. 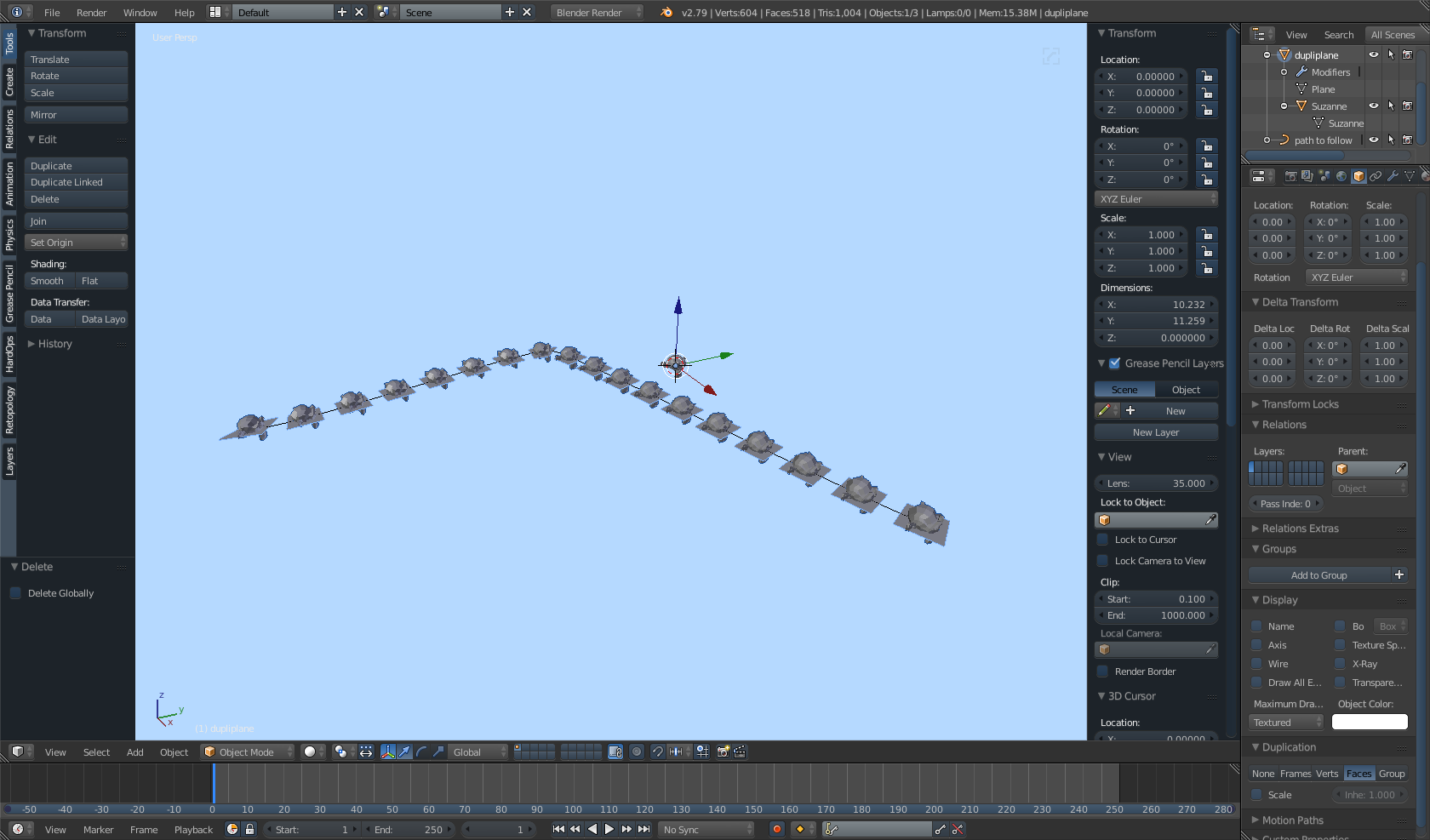 This kind of works but has a few downfalls, as far as I know until now:

I know I could make the duplicates real and adjust them, but I need the scene to be easily changeable later on (as the count and distance could change)

So the question would be: Does anybody know a better solution for this problem?

I know this can be easily done in C4D using cloner and things like that, but in blender?

Any help would be greatly appreciated!

Browse other questions tagged modifiers bezier-curves dupli-groups or ask your own question.