I understand that there is no proper way of doing volumetric shading in cycles yet, but I'm curious to know if there is a way to fake it. Effects such as clouds or fire.

One of the standards for faking volumetrics is using billboard particles. Back in Blender v2.49, I used to use them all the time. I know that Weta digital used billboard particles for smoke in the LoTR movies. I started a thread on blenderartists.org about it. I did a series of video tutorials about it that are listed in the thread. They aren't the greatest video tutorials, but you may find them useful.

Basically, each particle in your system is rendered as a flat, transparent, circular texture. With enough particles, it will look like smoke/cloud. You can even use textured spheres as your particles if a strictly 3D effect is necessary. I talk about using spheres in the third video.

Alternatively, you can render all your volumetrics in a separate layer using BlenderRender. Then, you can composite them into your cycles scene later.

Here is a video with examples

As far as I know, their is one method that works great for uniform volumetric (like fog or steam uniform in the whole scene) ! It's working great and its fast enough.

The principle is quite simple : a moving plane, with a 10% translucent - 90% transparent shader move through the whole domain linearly during one frame (between #1 and #2). Motion blur interpolates it to fake volumetric.

For more info looks this thread on BA : http://blenderartists.org/forum/showthread.php?279752-cycles-hack-volume-lighting

As of recently, you can have volumetric shaders in Cycles. To be able to use the Principled Volumetric shader you need to download/compile one of the latest experimental builds of Blender 2.79 (maybe from August 2018 onward). The Volumetric Shader is not available in 2.79b. You can download the experimental builds of Blender from here. Here's an example of nesting a small cube in a glass cube and giving the small cube a nice glowing effect using a volumetric shader. Here's the final rendering with 18 samples in preview mode:

Here's the node setup for the outer cube: 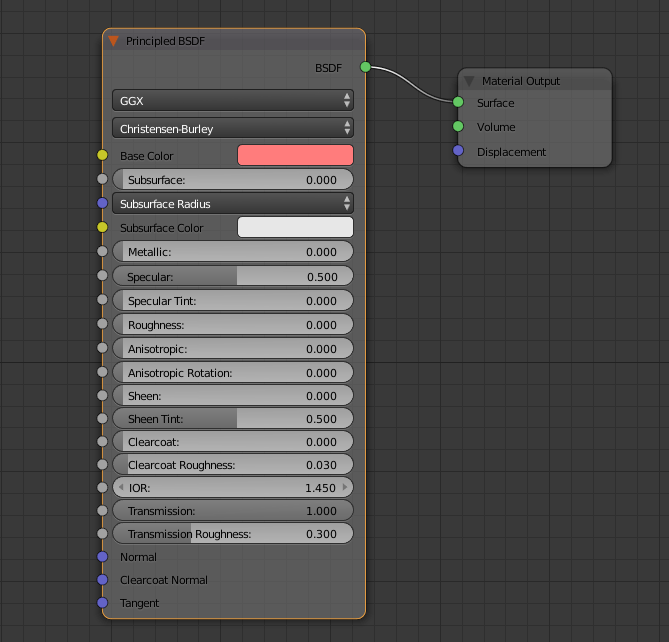 And here's the node setup for the inner cube: 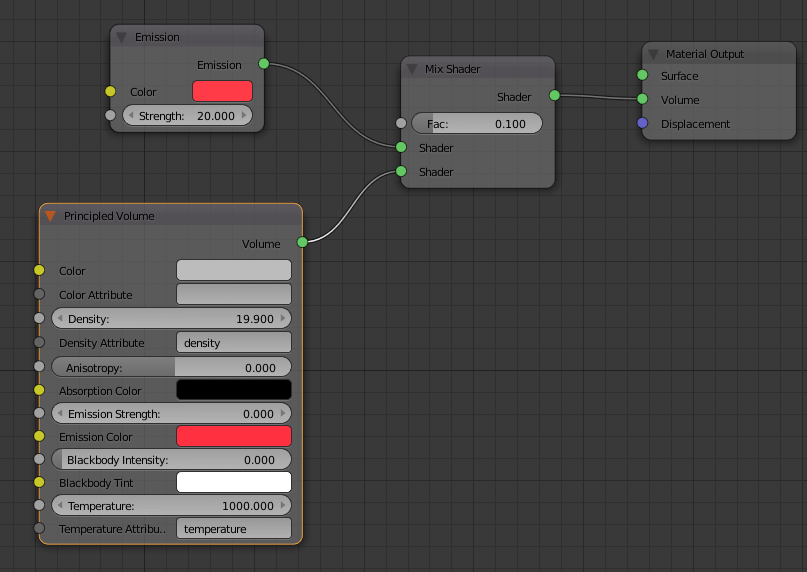 And here's the .blend file:

Not the answer you're looking for? Browse other questions tagged cycles-render-engine rendering nodes volumetrics or ask your own question.

11
How to create and render clouds in blender cycles
1
RC 2.7 Blender/Volumetric Shading Cycles
3
3D Volumetric Planetary Clouds in Cycles?
9
How can I make a simple volumetric light on Cycles?
3
Volumetric cloud render noise in Cycles
14
Is there an easy way to make volumetric clouds for Cycles?
2
Light an object with an inner light and volumetric world
4
Cycles displacement with Volume scatter