How to force creases into a cloth object?

I want to be able to simulate a cloth object where some of the edges want to crease to some angle. For example, this mesh below has a line of edges marked seam on the left, and on the right I've used edge crease to highly another line of edges.

And I want to be able to tell Blender that the seam marked edges should be bent to 90 degrees, and the creased edges to be bent to -90 degrees, which the following picture illustrates. 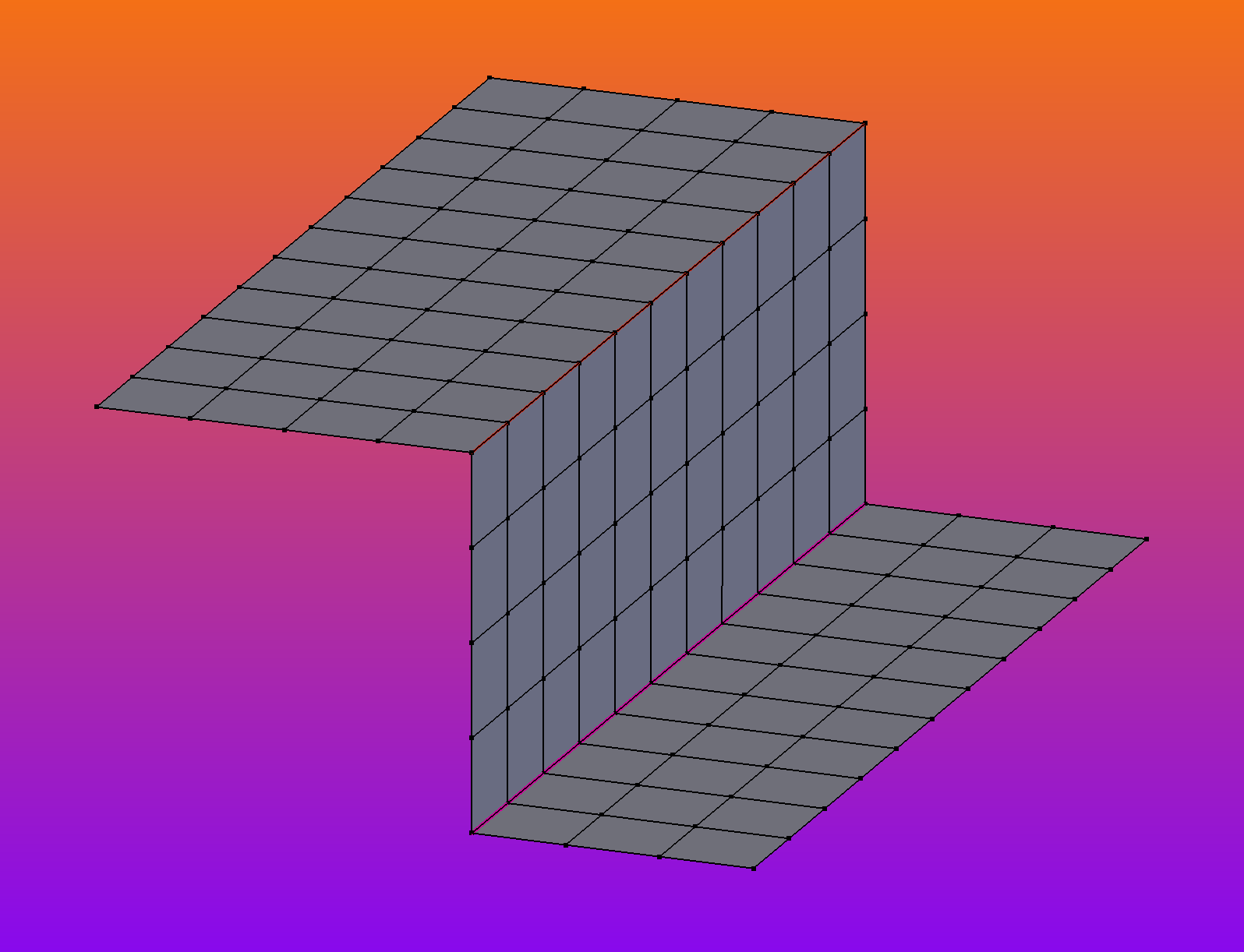 I tried to do this once years ago using a sort of genetic algorithm sort of approach, and shape keys, with mixed results, then last night a friend suggested I try cloth simulation, which seems much more promising.

I don't care if the solution has anything to do with seams or creasing, just so long as I can have Blender know it should bend part of a cloth object to some angle.

A Second Edit: What I'm trying to simulate is the way paper folds, as in this video here: https://www.youtube.com/watch?v=2Q-A38tK4SA The video depicts the result of folding concentric squares into a square piece of paper, which causes it to turn into a saddle, or potato chip shape. I can rig up bones to bend the "paper" model in Blender, but I want Blender to actually do the saddle-shape deformation, based on the fact that the model is creasing.

This is a rigged plane: 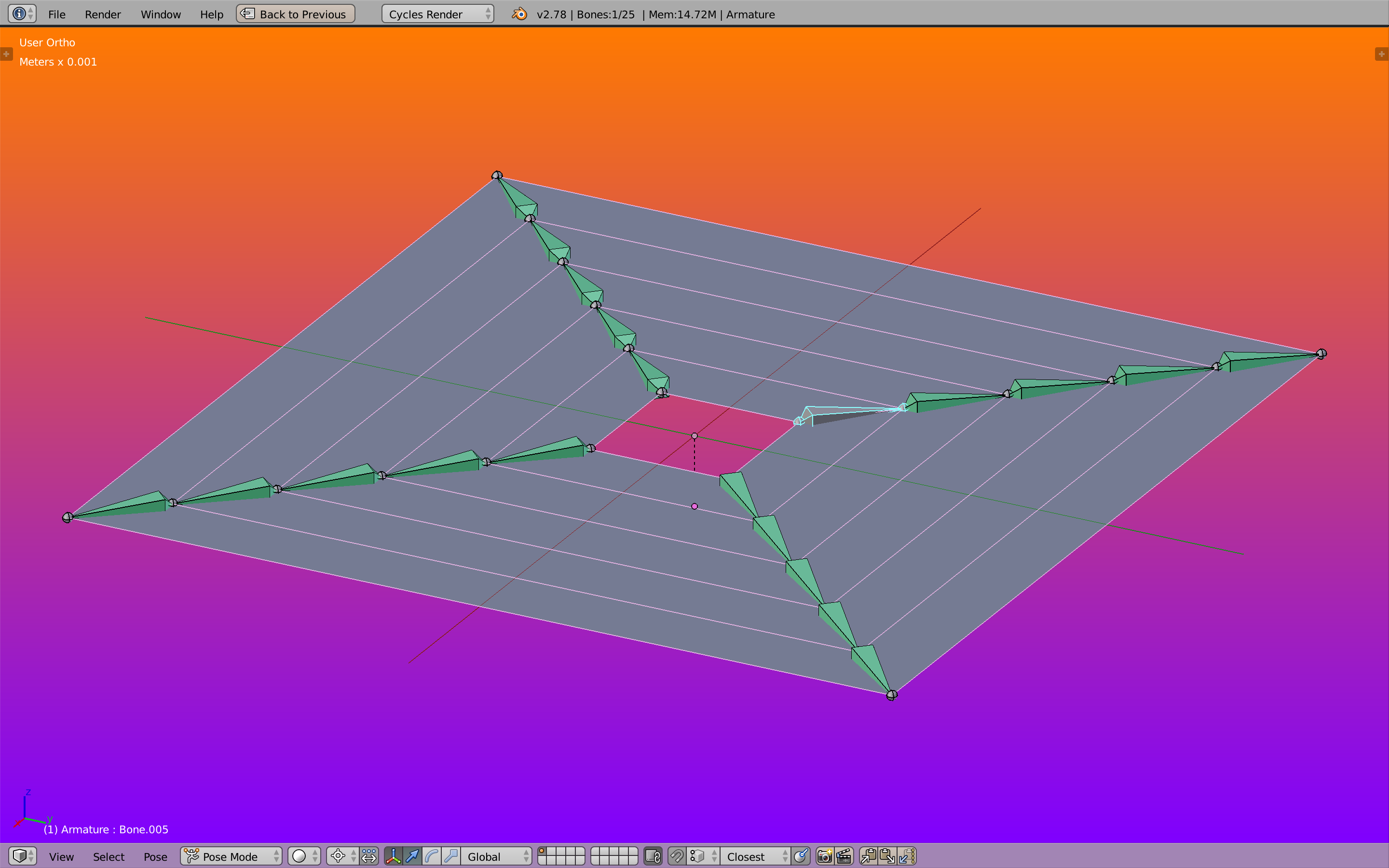 And notice it doesn't reproduce the saddle shape. I think it would be area preserving that would mimic paper, since paper can't stretch or shrink, but I don't think volume preservation will work right. 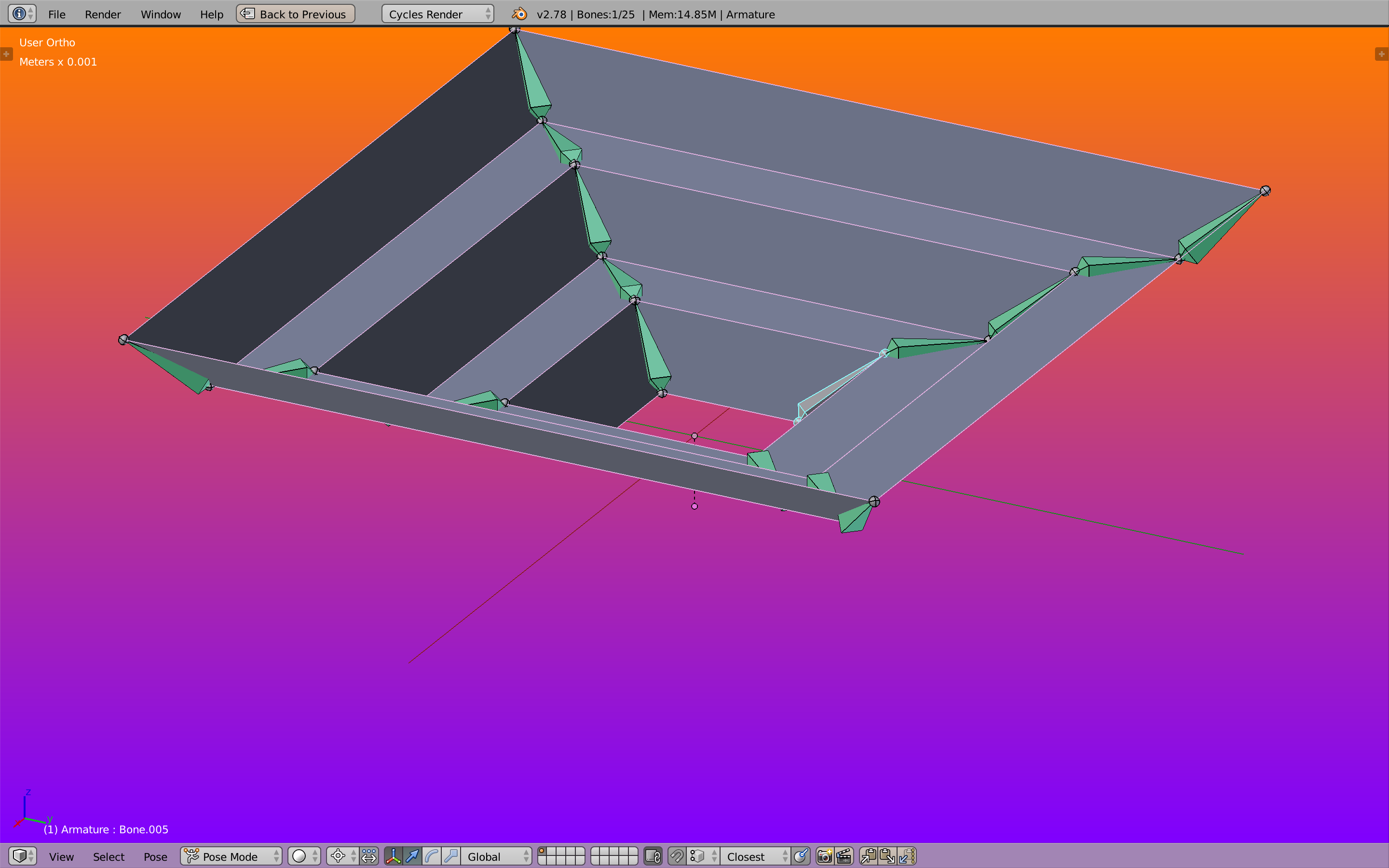 You should probably use pinning for this. If I understand correctly what you want vertex groups will allow you to define parts of the mesh not altered by the cloth simulation.

Select a few corner vertex, as many as you need, the more selected vertex the stiffer the animation will be, and assign them to a new Vertex Group.

Use that vertex group for pinning under the Physics > Cloth > Pinning. You can use this in conjunction with shape keys and animation to drive the shape from flat to folder or similar.

2
How to simulate deformed metal
1
Best way to attach objects/armor to cloth
3
Animation of proportional editing deformation (cylinder to figure eight)
2
capturing a frame simulation of cloth, particle as initial state
1
Cloth crumbles into itself
2
How to shrink edges with angle in a mesh?