My company has asked me to try to find a good program that can assist in our producing diagrams for patent applications.

More specifically, we need to be able to open a STEP file, then manipulate (deleting/hiding lines) into a simplified view of the object in black-and-white profile, with just the edges and maybe some tangent lines, no shading, no hidden lines. (Something like the link below), and then export as a 2D .dwg file for final touch-ups in Corel. 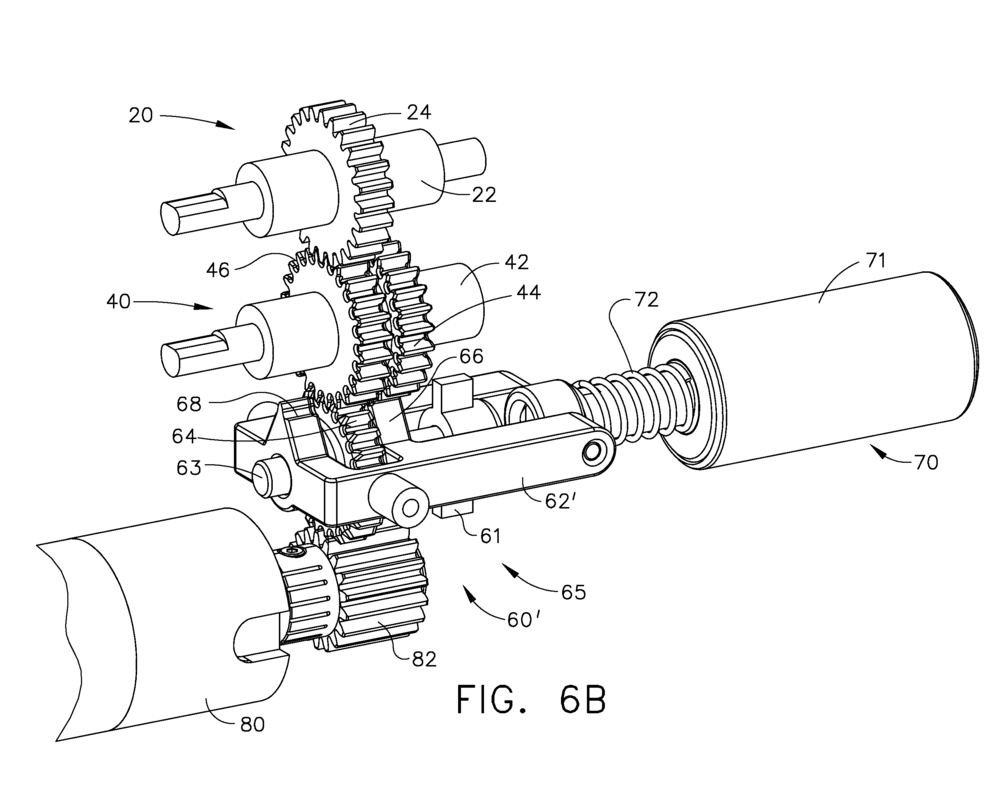 Should I invest my time (and money) in Blender? Can it do this kind of thing simply? (If so, or if you have any tutorials to share for this, I would be interested to start immediately.)

You can render the outline if you enable Freestyle. 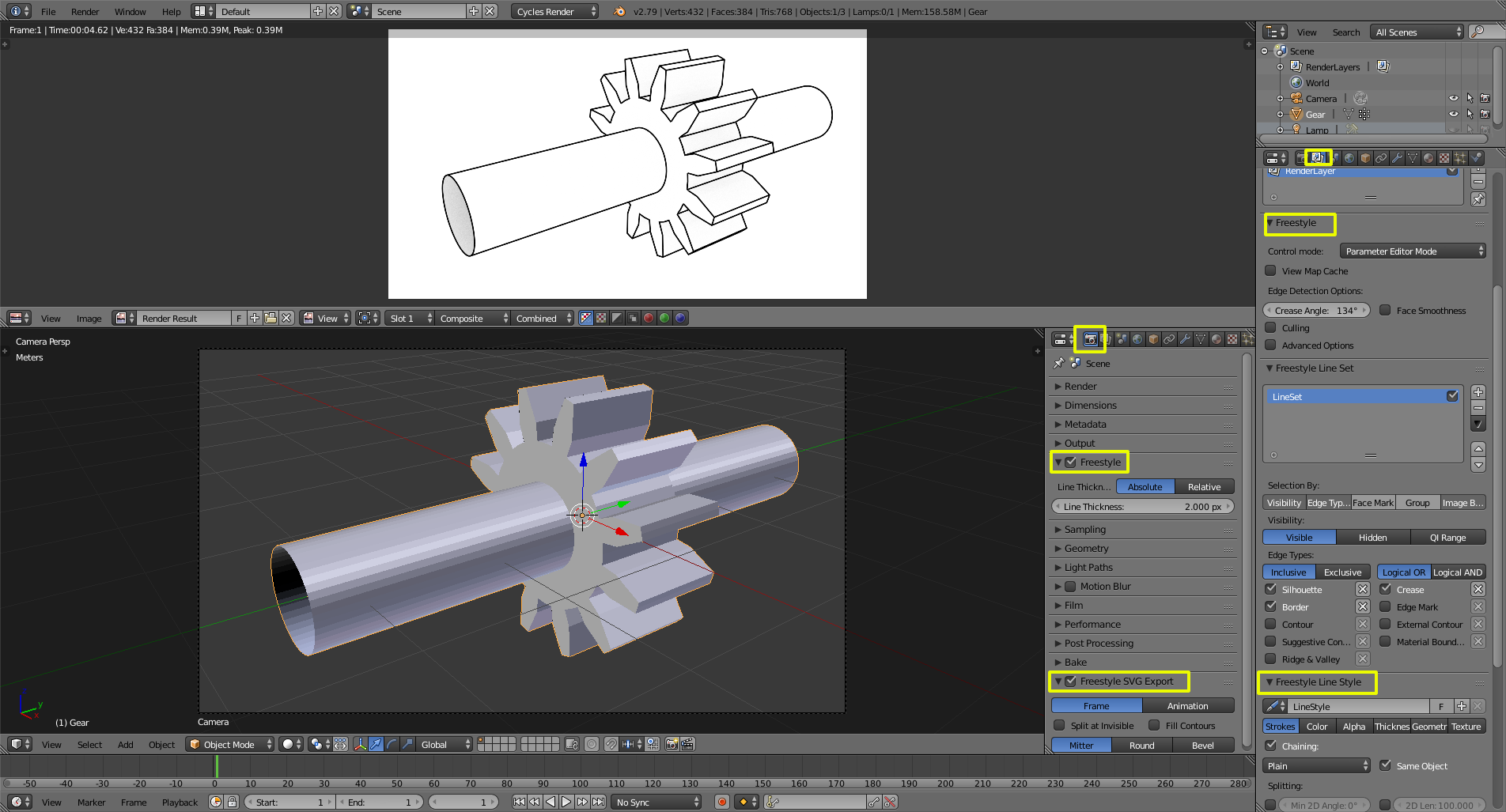 In the controls for freestyle enable Silhouette and border.

The exported SVG can then be edited in any vector graphics program like Inkscape, Illustrator, etc. 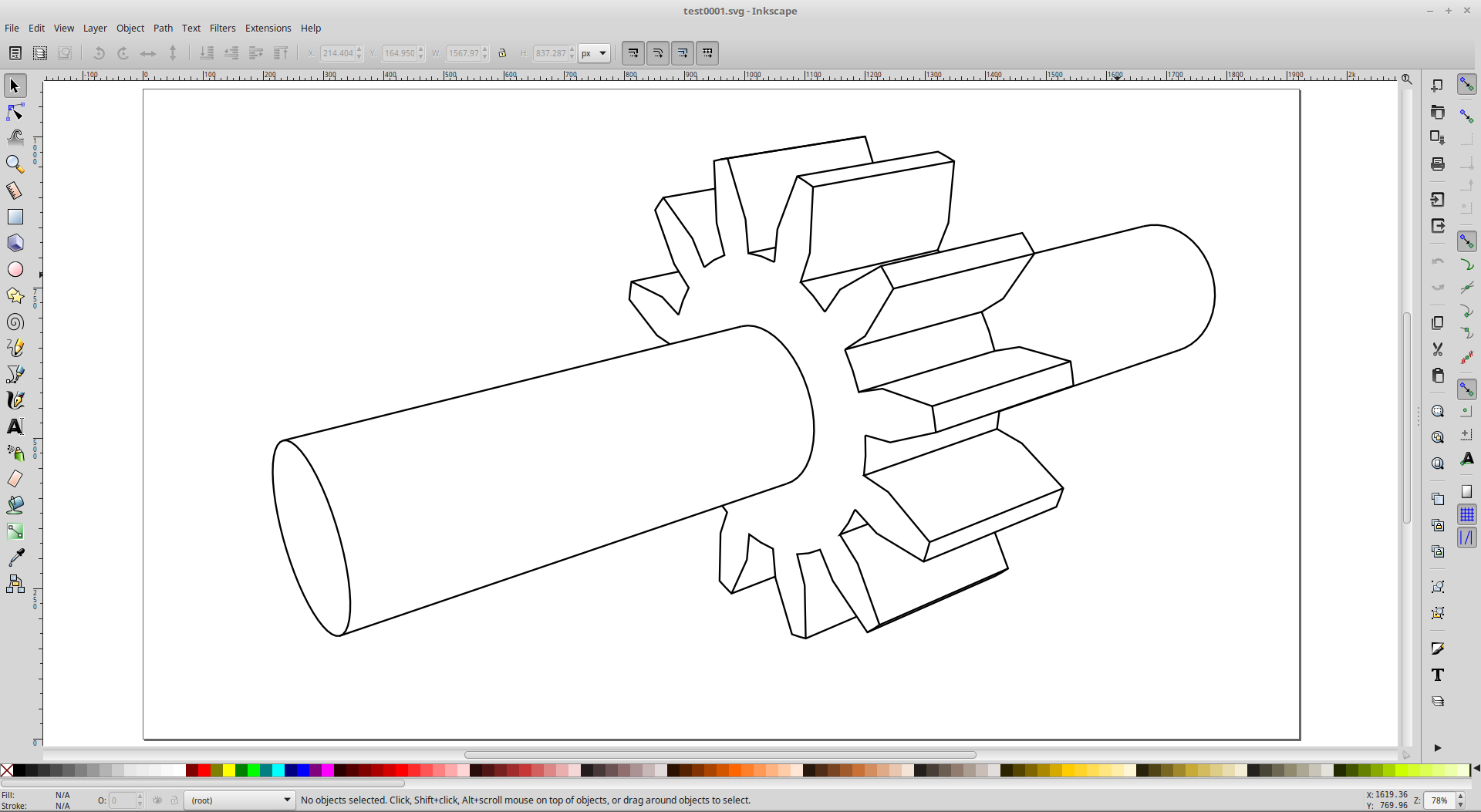 to make it shadeless just assign it a shadeless material in the materials panel.

with more research i found this /

"As neither RealDWG[10] nor DWGdirect are licensed on terms that are compatible with free software licenses like the GNU GPL, in 2008 the Free Software Foundation asserted the need for an open replacement for the DWG format. Therefore, the FSF placed the goal 'Replacement for OpenDWG libraries'[17] in 10th place on their High Priority Free Software Projects list.[48] Forked in late 2009 from libDWG as GNU LibreDWG project[18] it can read most parts of DWG files from version R13 up to 2004. But as the libreDWG library is released under the GNU GPLv3 it can't be used by most targeted FOSS graphic software, like FreeCAD, LibreCAD and Blender, due to a GPLv2/GPLv3 license incompatibility.[49][50][51] Due to this struggles in September 2013, the original project LibDWG re-forked its code from LibreDWG.[52] A GPLv2 licensed alternative is the libdxfrw project, which can read simple DWGs.[53]"(https://en.wikipedia.org/wiki/.dwg)

So you actually can't do it with blender, BUT you can try .dxf, it comes pre installed with blender V2.6>>

you just have to turn this feature on in the user preferences.

I also found this resource https://cloudconvert.com/svg-to-dxf

so while it's not exactly what you want it's better than nothing.

also this: Blender to autocad

Not the answer you're looking for? Browse other questions tagged objects 3d-view image or ask your own question.

5
Blender to autocad
4
How to avoid dark/black area in blender when using hemi?
0
How to draw very thin line on cube?