I am creating a gravity simulation where a an object is moving and is caught by another object and goes into orbit around it. The problem is that since I am an absolute noob in the game engine, I don't know how to give the object an initial velocity that allows it to go into orbit, rather than just colliding with the other object. Could someone help with that?

I have included a picture of the scene below. Sorry for being a noob. Thanks 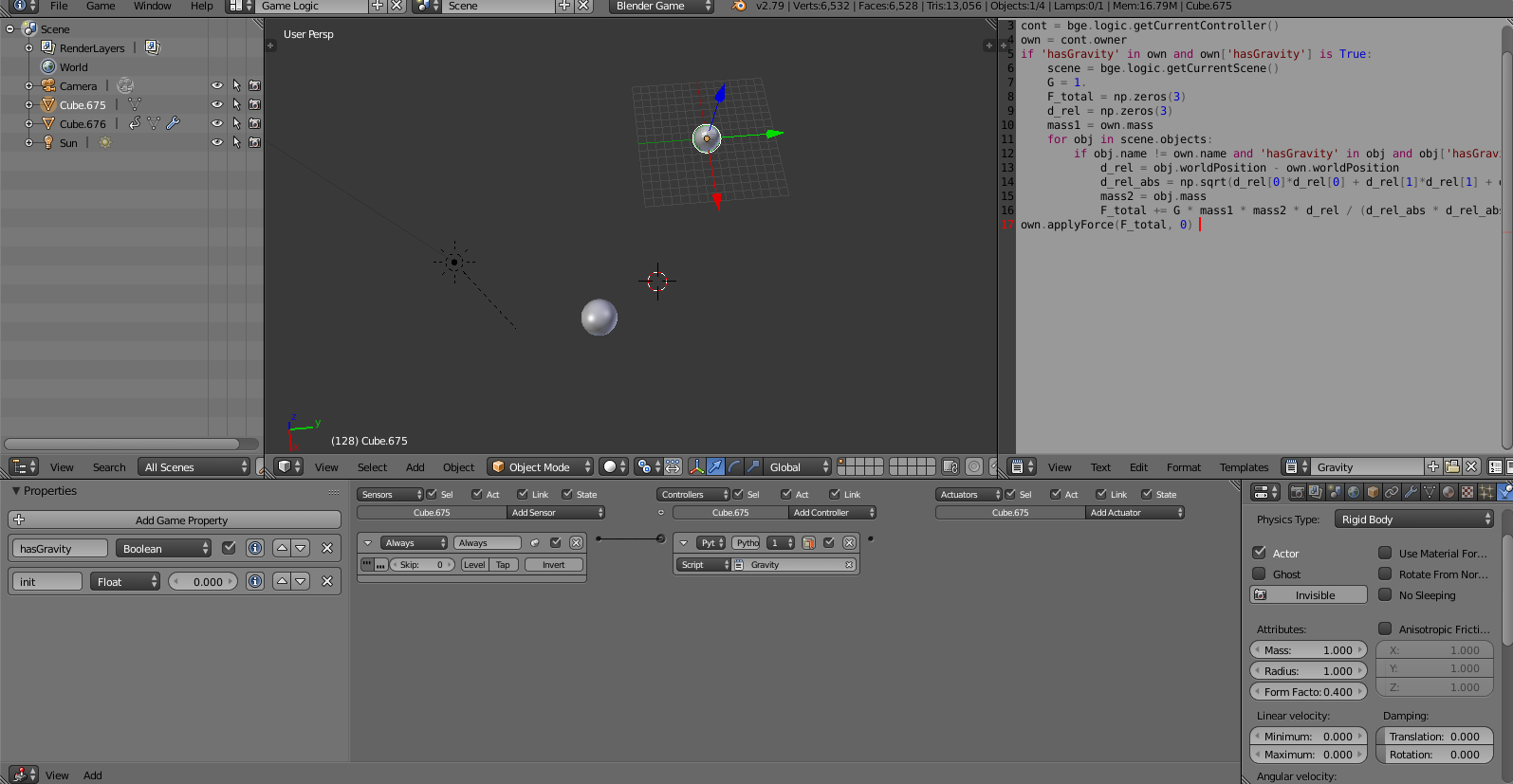 You can add a force to the object by activating an motion actuator.

Ensure the actuator deactivates after applying the initial force (or velocity).

When you are working with dynamically added objects it is even simpler. You can set up an initial velocity of the added object.

5
How can I spawn a moving object in BGE?
2
How to write controller to activate Blender Game Engine actuator?
4
How, specifically, does the game engines friction work?
0
How do set an angular velocity to zero with python bge?
0
Stopping a character fall in Blender Game Engine
0
Motion for a linked group in BGE
0
Game Engine object getting darker as it scales