I have an object I want to be blue except for the two decals I have placed. But blue only appears on the faces that I've uvmapped the decals onto. I've marked in the photo below some locations that should be blue. 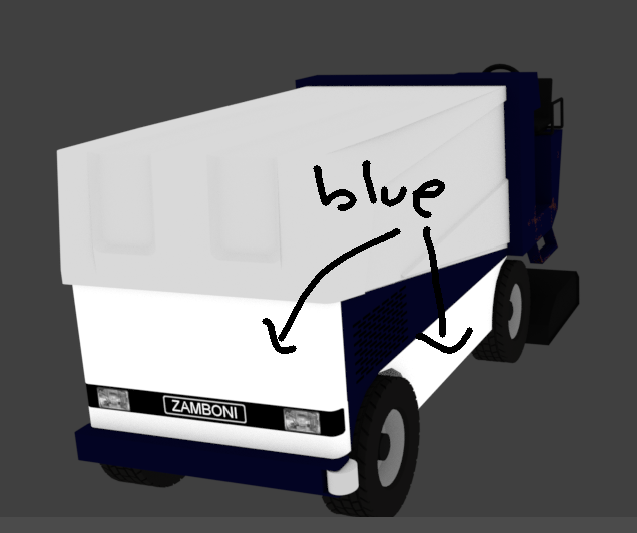 Here is my node setup. 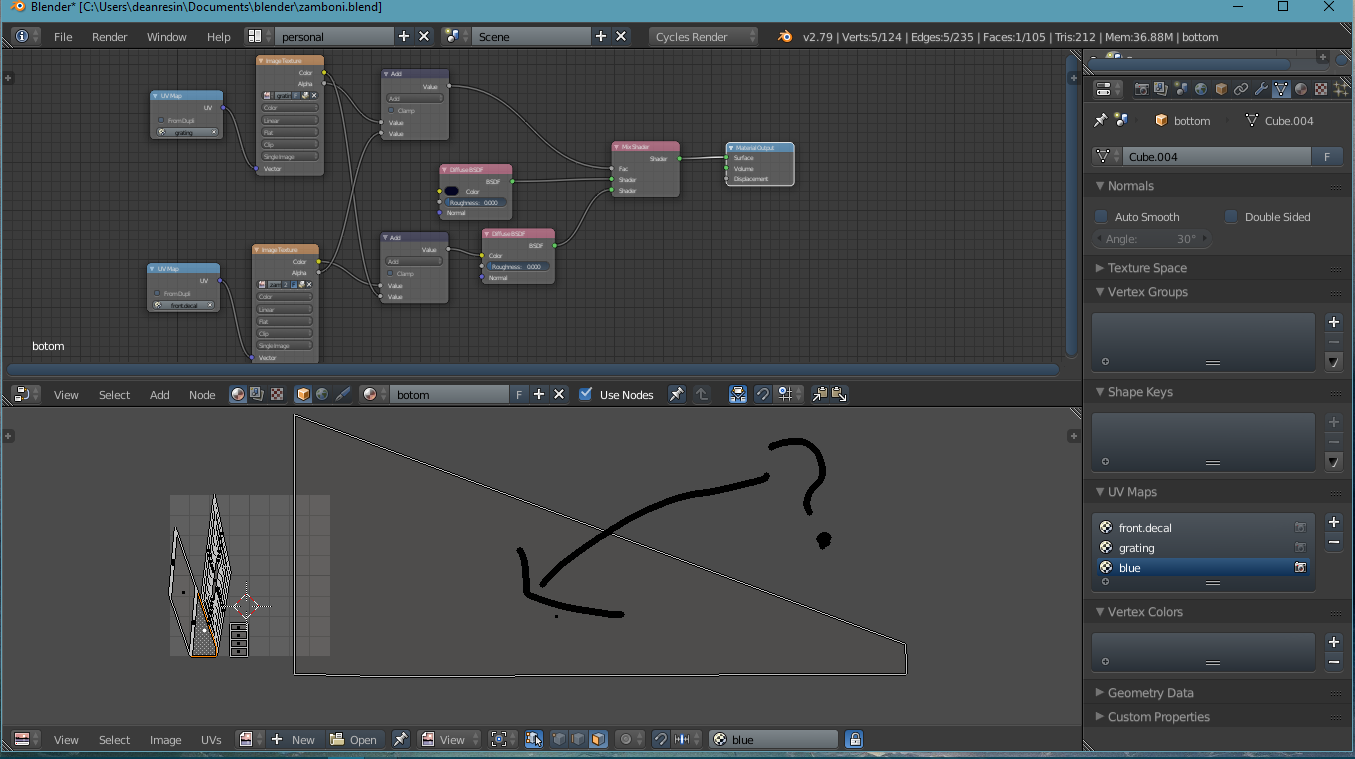 I must be missing something.

Here is my blend file... https://drive.google.com/open?id=0B8ZnFrE6fxi_R29mZnBkXzF5dm8

I also tried this setup which produces the exact same unwanted result. It is curious because it worked for the rear portion of my Zamboni but it isn't working here. 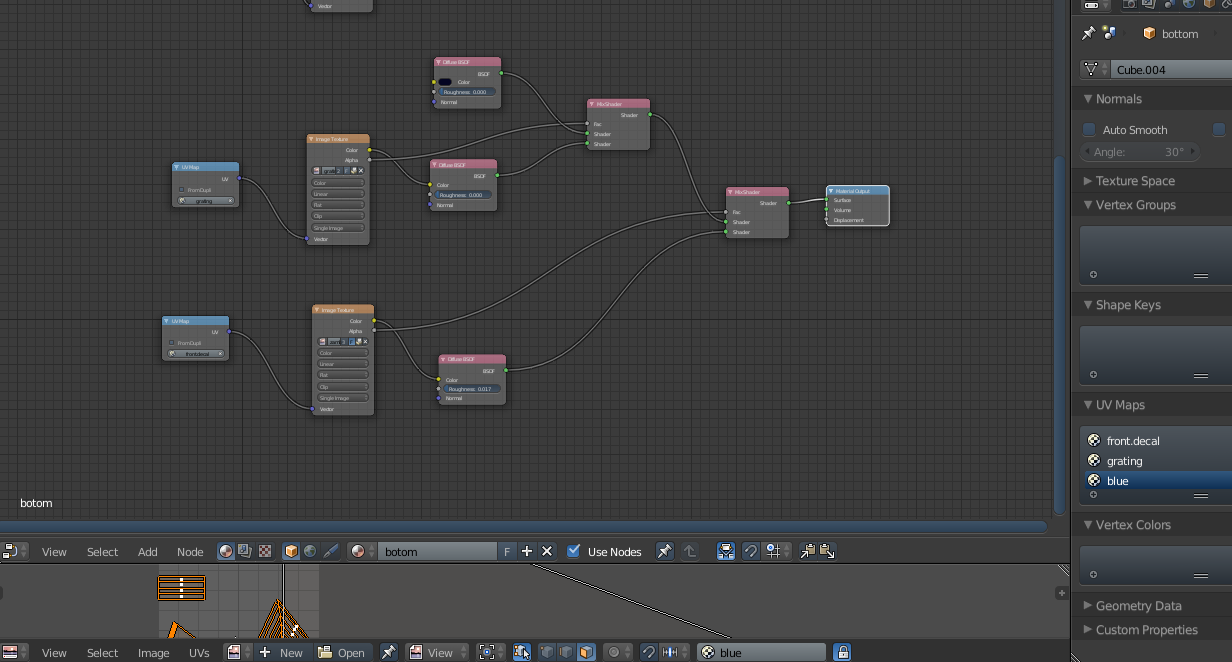 So it seems Blender is just really arbitrarily annoying and my nodes were right. Tried to replicate the solution provided below but have the front decal wrap around a bit... 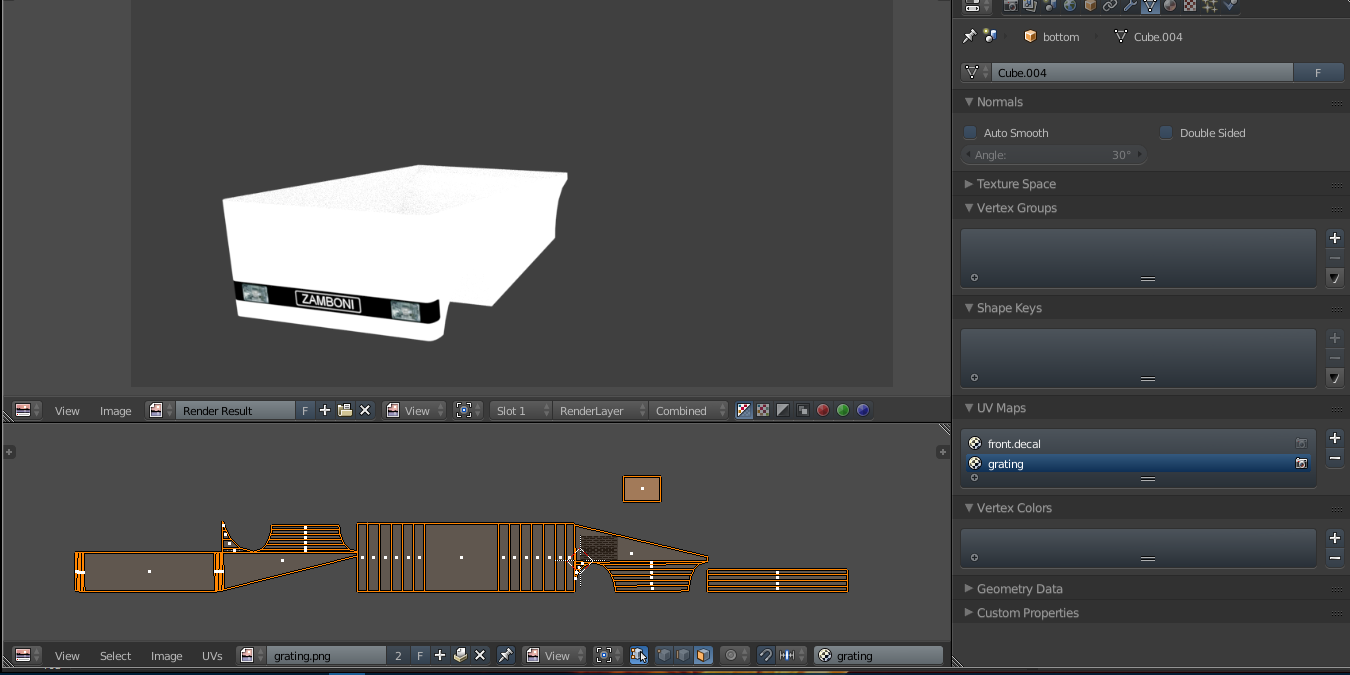 I am so pissed at Blender right now.

Ok it is working after I had the uvmap overflow the bounds of the image in the vertical direction like in the answer below and still have the decal wrap around a bit on the sides of the Zamboni. Seems like a bug to me.

Your troubles arise from the fact that UV mapping affects not only the color of the texture but (obiouvsly) also their Alpha channel. When you add a bizzarre (because of UV mapping) alpha with another alpha you get your strange behaviour.

To solve you can edit the "front" UV map so that nothing is overlapping the decal except the faces you want to be textured.

To better understand nodes behaviour, enable the "node wrangler" addon, and control click over a node: it will instantly create an "emission viewer" shader to read the node's outputs (if you Ctrl click twice on a texture node you'll see its alpha channel). 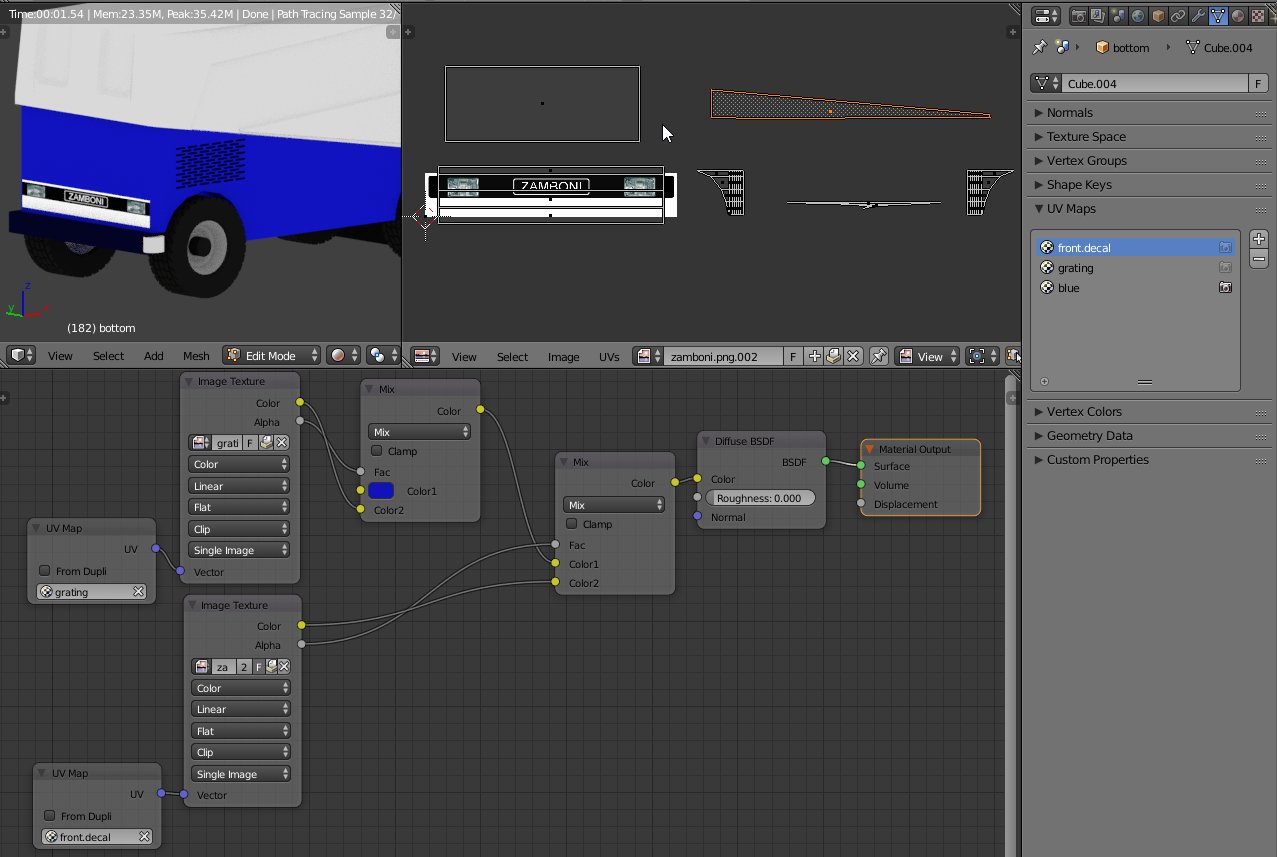 Not the answer you're looking for? Browse other questions tagged texturing uv node-editor or ask your own question.

26
Add a transparent image on top of a material

1
Is there a way to separate colors from chained mix rgb nodes?
2
Updated: Cycles show missing Texture (magenta)... until i reconnect the materialnodes
0
Blender Cycles Hair Transparency Problem
1
Repeat texture in all directions using cycles nodes
0
How do I add more than 8 decals to an object?
0
Setting up a metallic foil overlay with transparency using materials and textures
1
How do I eliminate the white outline on my layered textures?